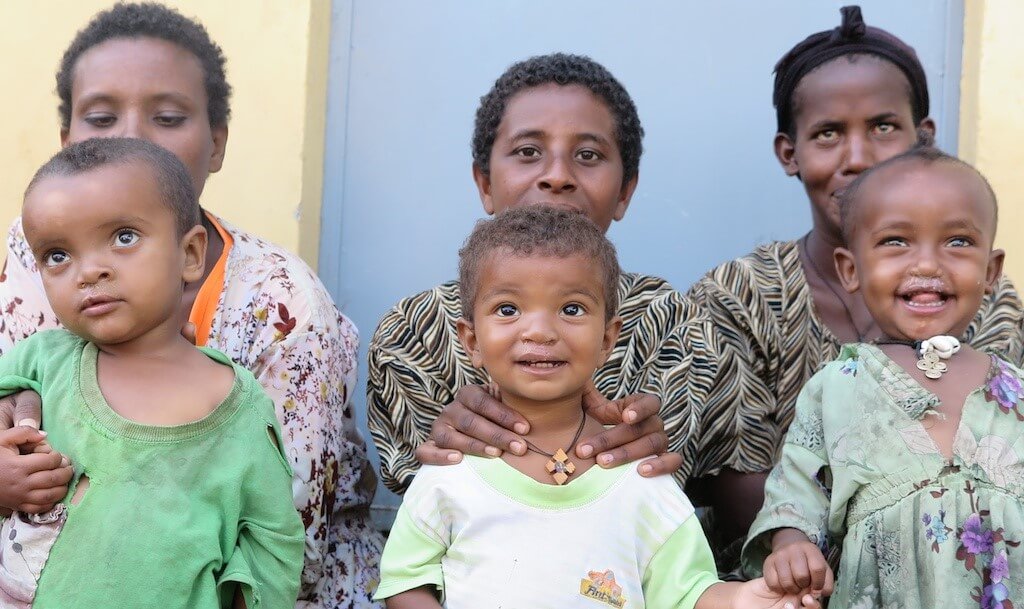 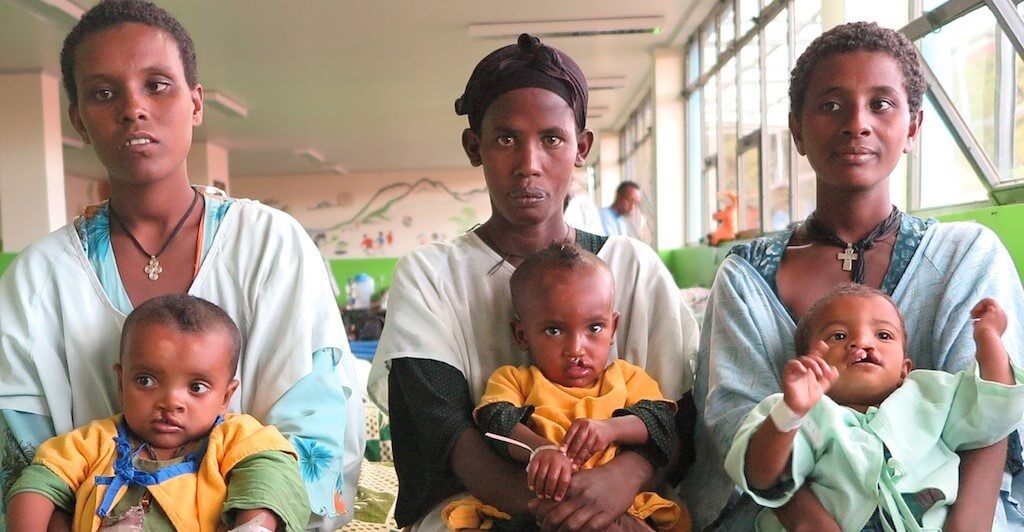 At this moment, 10 million Ethiopians are threatened with drought and food insecurity. JDC’s response is to provide  150,000 packets of PlumpyNut, a peanut-based food supplement, and to dig 5 wells in drought-affected areas of Gondar.

Dr. Rick was in Gondar to deliver the food. After his team departed early, he was the only physician for 100 miles! During nutritional screening in the village of Hamusit, 3 babies showed up who had cleft lips and palates. These babies are at higher risk for nutritional problems and developmental delay. Rick took photos,  recorded their information, and told Zemene, the  head of the health center “I’ll contact you if I ever hear of a cleft team coming.”

Rick returned to Addis Ababa. Just  3 days later, Dr. Angelo Capozzi, founder of Rotaplast in San Francisco, stopped in to say hi – to ask for patients. In the 24 years since they were founded, Rotaplast has operated on over 17,000 kids worldwide!

“I immediately phoned Zemene,  the health center director – phone was switched off. I called every hour – no luck. At 4PM, I stepped into a corner and said a prayer, asking that Zemene turn his phone on,  so we could help these kids. Just 30 seconds later, I got a text from the phone company – the phone had just switched on. Zemene went to work to round up the kids.”

By Monday, he had located them. They had no funds to travel 500 miles to the capital. Rick was in the middle of clinic at Yekatit 12 Hospital, when he handed a $100 bill to his assistant, with this instructions: “change this, and wire it to Zemene in Hamusit for travel costs.” Then ensued multiple problems – one bank would not accept the money, there was no electricity in Hamusit, there no internet access, someone tried  to inflate prices and skim money. Finally, we got Zemene on the phone: “borrow this money right now, get them onto a bus today, and you’ll pick up the money in the morning, when the bank is functioning.” The group travelled from Hamusit to Bahar Dar to Addis Ababa, arriving on a Thursday morning. We admitted them to the CURE Hospital, and the following day they underwent surgery by Dr. Angelo and his team – the last 3 patients they operated on.

After surgery, they moved into Mother Teresa’s Mission nearby. The  husband of one of the women slept on Dr. Rick’s living room couch for 10 days while his daughter healed.

Today they phoned – they’re back in Hamusit, the kids are fine.

Thank you Rotaplast – your help, and fantastic timing, saved these kids.