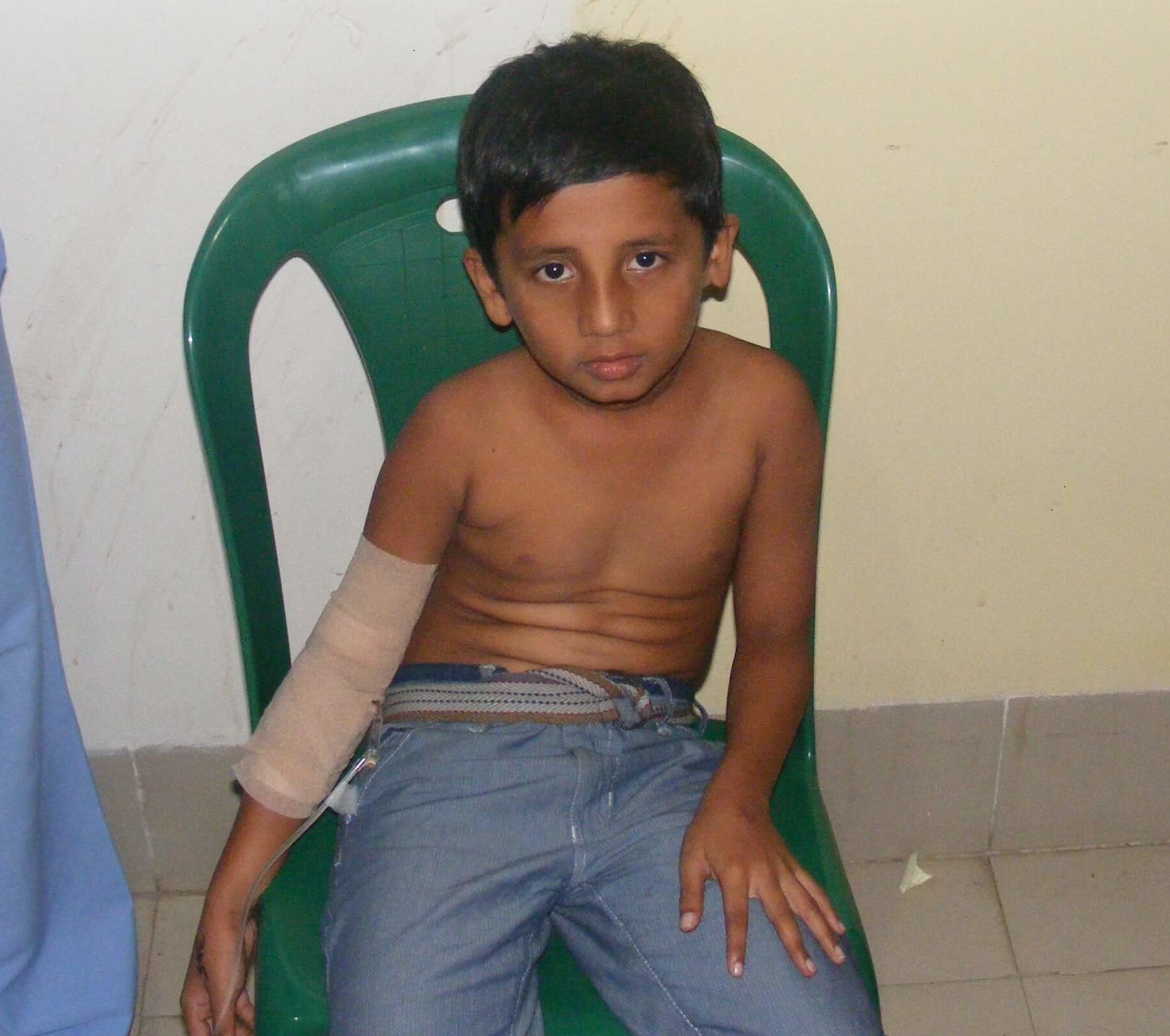 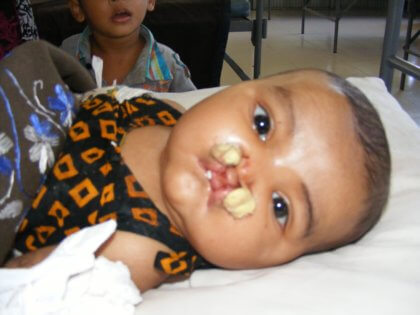 Five-month-old Rahim  was born with a very wide cleft lip and palate. The wide eyed little baby had the first of several surgeries yesterday, a partial repair of a cleft lip that will allow his misplaced anatomy to settle into placed before a future surgery to close his deformity completely. He will come back, most likely, for the next two missions to have the surgeries completed by Rotaplast.

Despite having surgery yesterday, Rahim laid contently in his bed and just stared widely. His mother is concerned about him having pain. Yet he appears to be at peace. One can only wonder what he is thinking.

It is unlikely Rahim knows that his corrective surgeries will enable him a better life. However, his mother and grandmother, and even his big brother, who are by his bedside appear solaced by the fact that Rahim has had the opportunity to have his little face repaired.

One day, hopefully, a child who has been touched by Rotaplast doctors, will have the opportunity to seek life at his fullest. Perhaps find the cure to a devastating disease, win the Noble Prize or negotiate international peace.  Maybe that person will be Rahim.