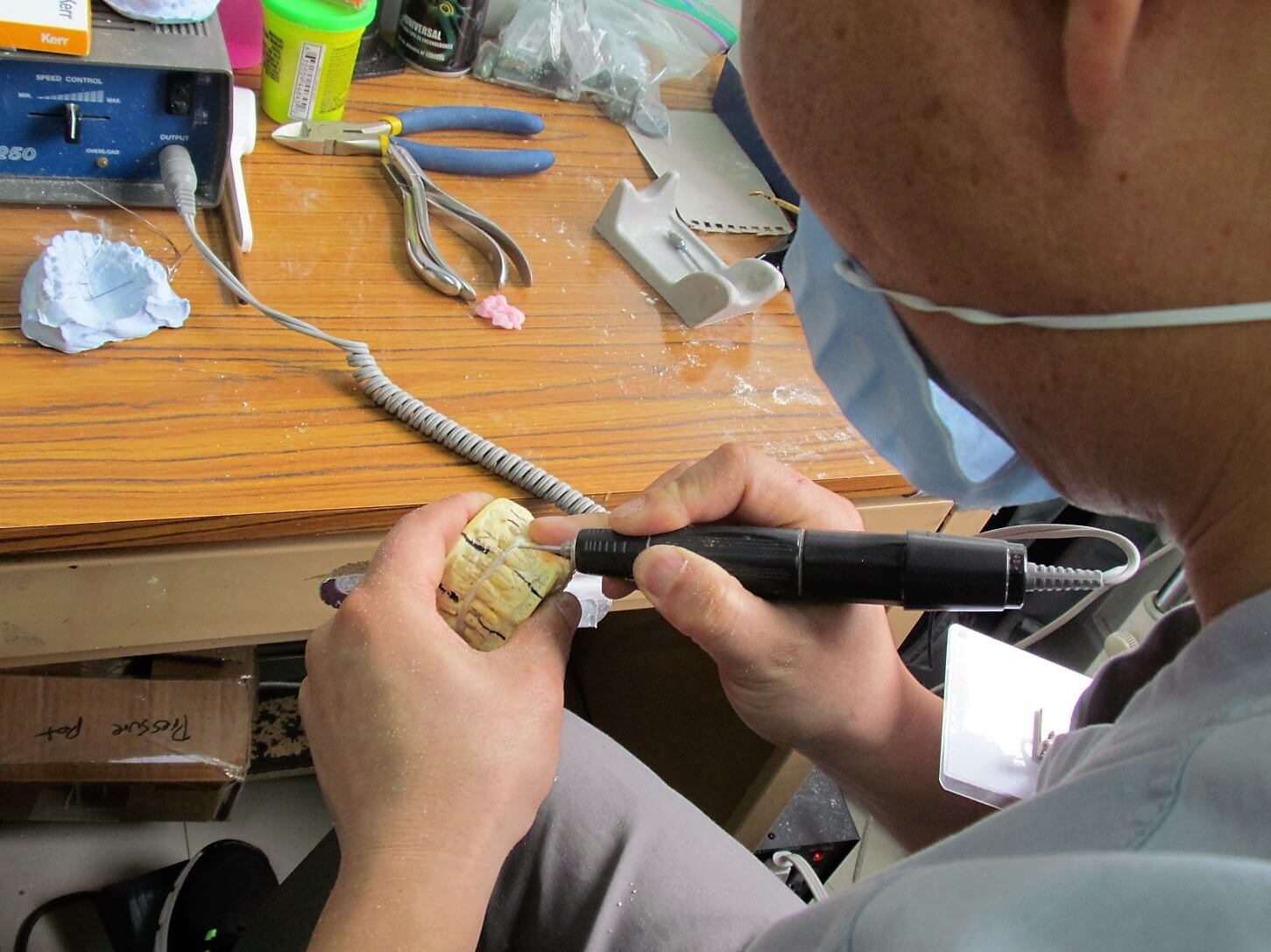 Dental technician Don Lee may be working in a small room alone and behind the scenes, but he is no less critical to helping Rotaplast patients. During the mission, Don is responsible for making splints, molds and other appliances used by the surgeons. 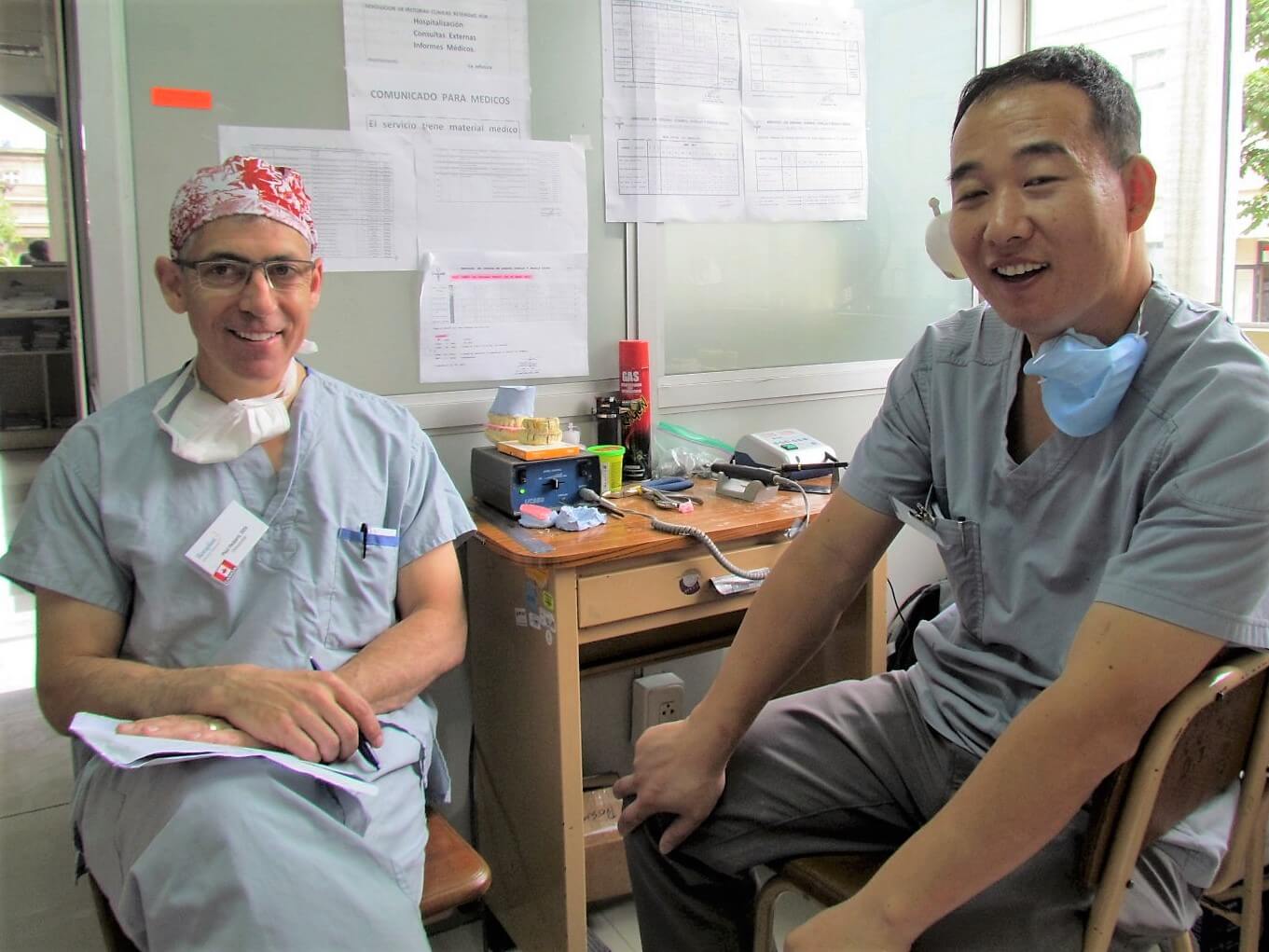 Don joined the mission at the invitation of orthodontist Paul Helpard, with whom he works. Paul, who had been to Lima in 2016, told Don, “They need you.” When not volunteering, Don makes crowns, dentures, implants and orthodontic appliances in British Columbia, Canada. 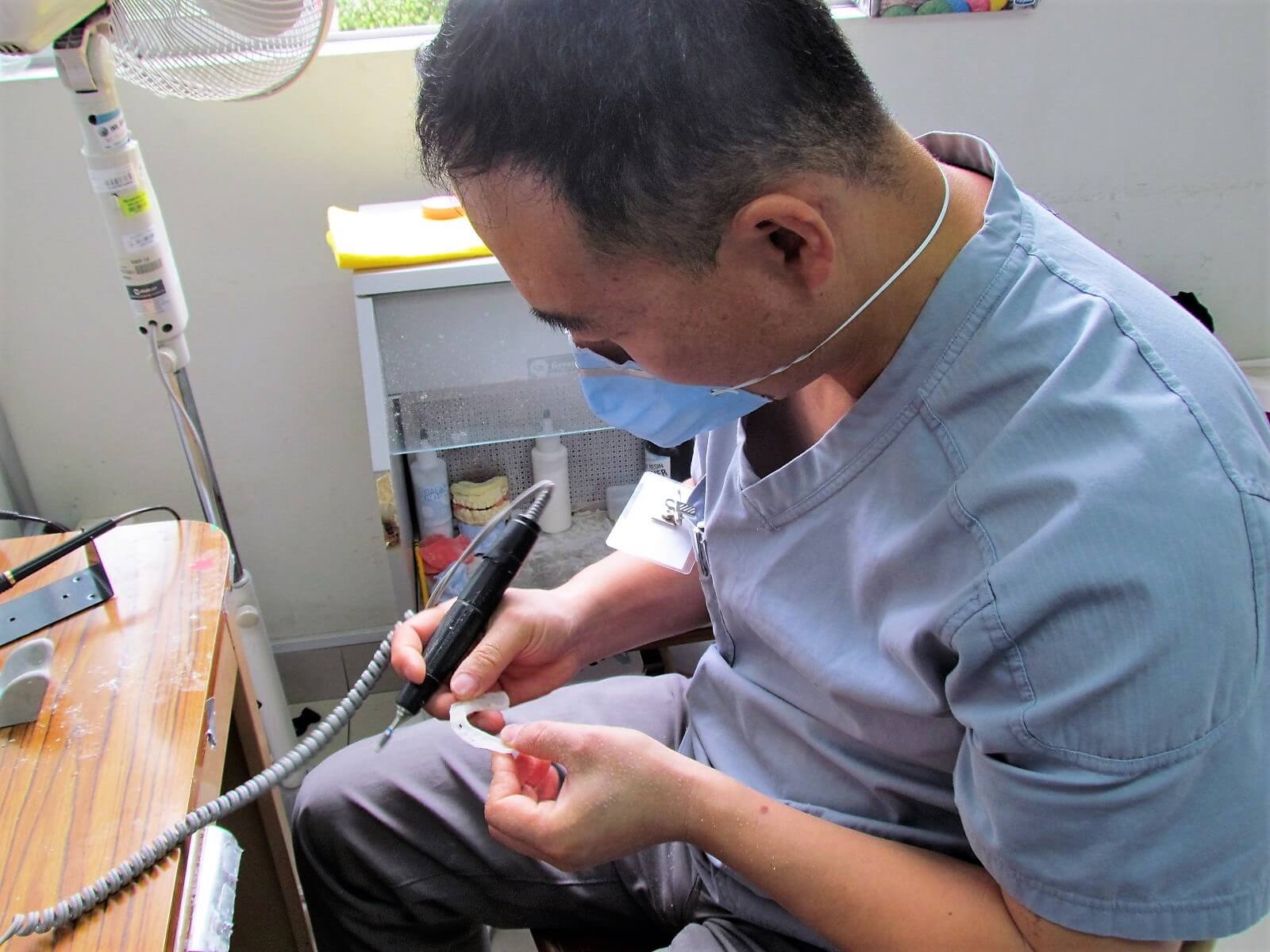 “I never see the patient but this mission is very meaningful to me. I’m honored to be here. I’m giving my skills to help people smile with confidence.” 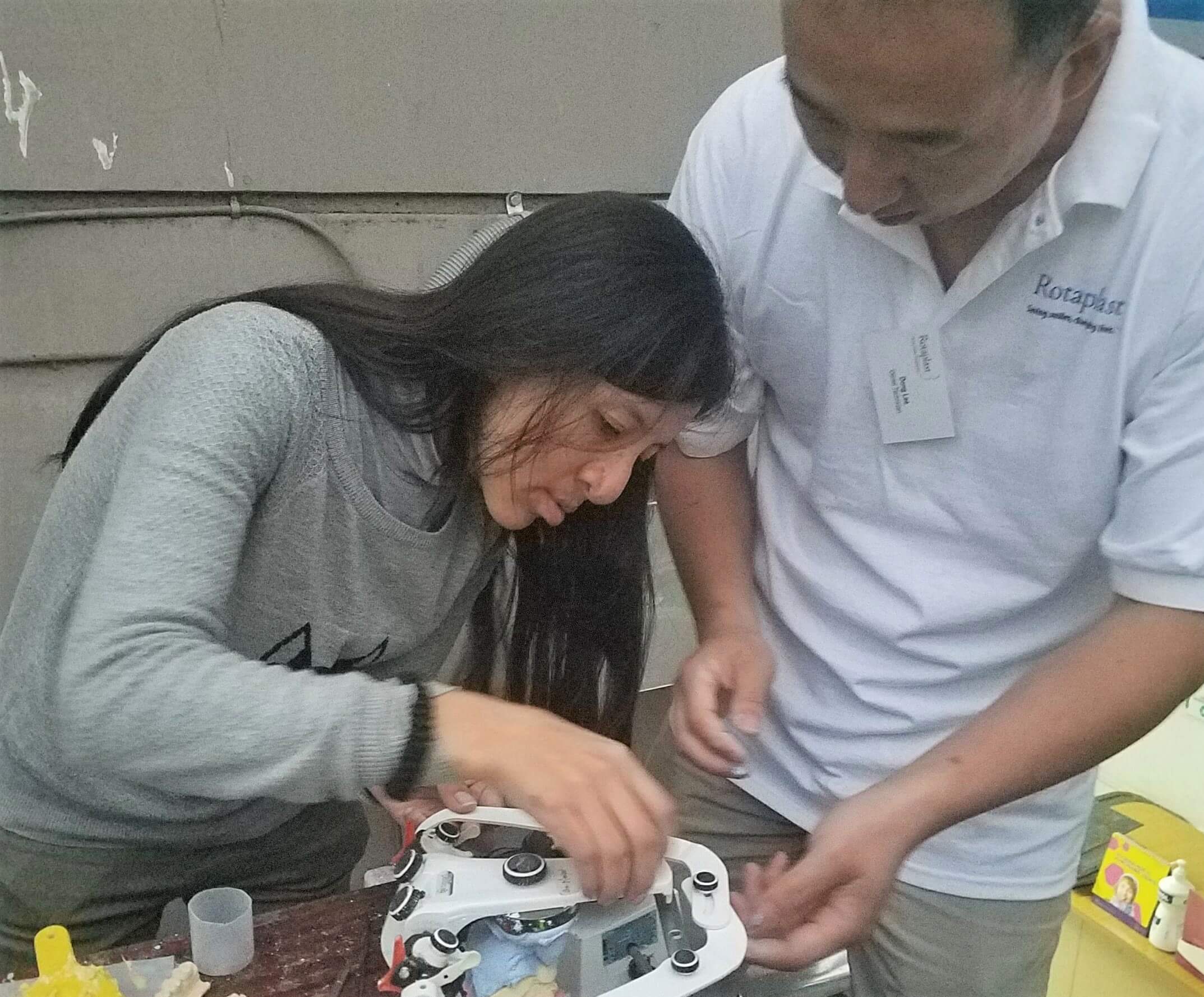 During pre-clinic, Don met a patient named Yenny. Yenny, 26,  is training to become a dental technician. She currently works in a general dental lab making prosthetics for Lima dentist and Rotarian Margot Escobedo. Don has taught her new skills, including how to make retainers. 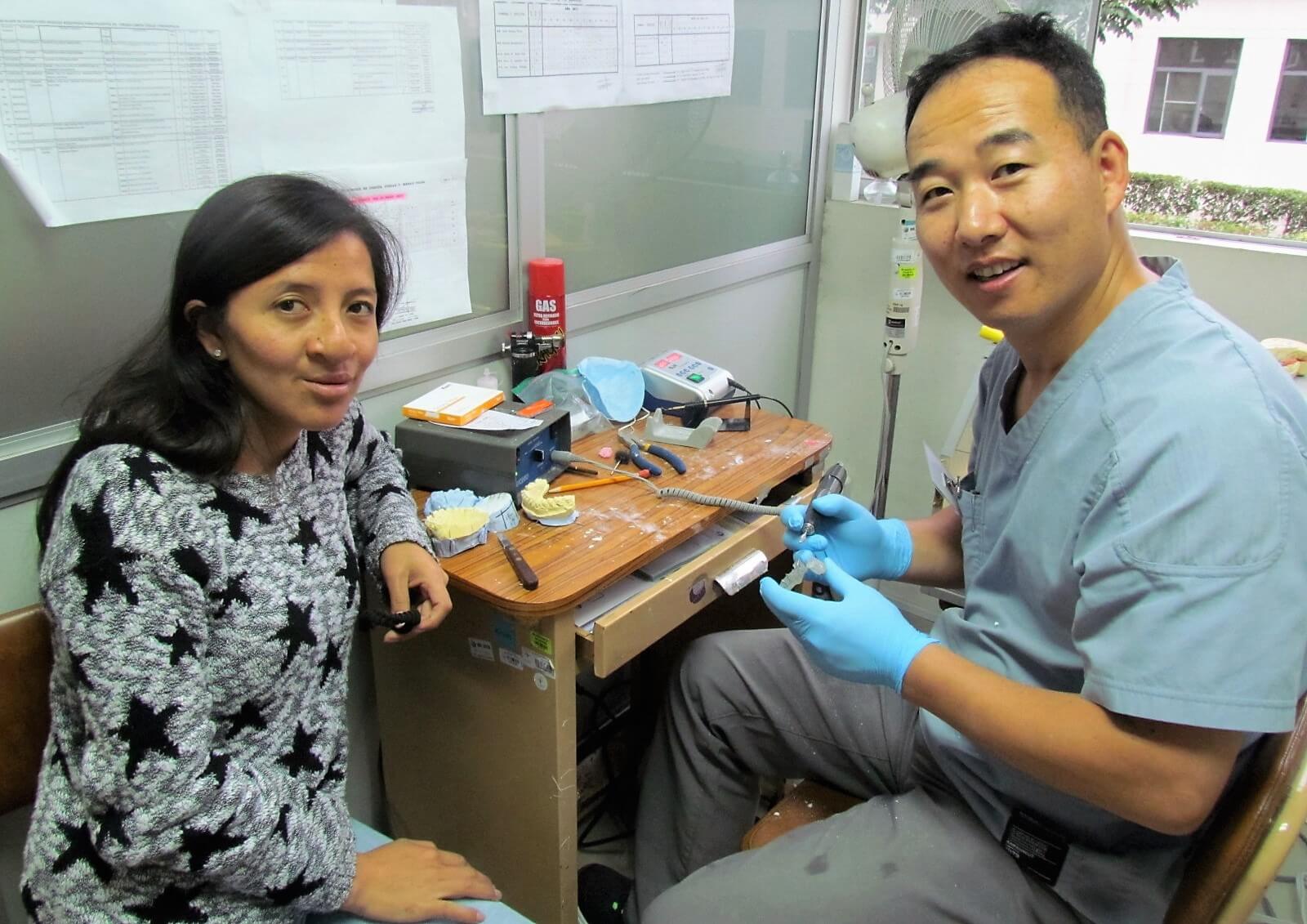 Yenny was originally scheduled for surgery early in the mission  but it was postponed to a  later date to allow Don to provide additional training. “She’s a really good student. We don’t need to speak the same language. I show her and she understands.”

One of them most important non-medical positions held by a Rotarian is that of interpreter. On this mission that job was assigned to Marcella Ramos of the Fisherman’s Wharf Rotary Club. Previously, ... Read More »

As a successful realtor for 28 years, Robin Smith is used to being organized and putting out fires. It makes sense then that she would be the ideal person to serve as the mission’s Ward Coordinator. Smit... Read More »

Rotaplast missions can have a meaningful impact on Rotarians and that is clearly demonstrated by several Lima team members who count this mission as their second or third. Dennis Kneeppel, the COO and chie... Read More »