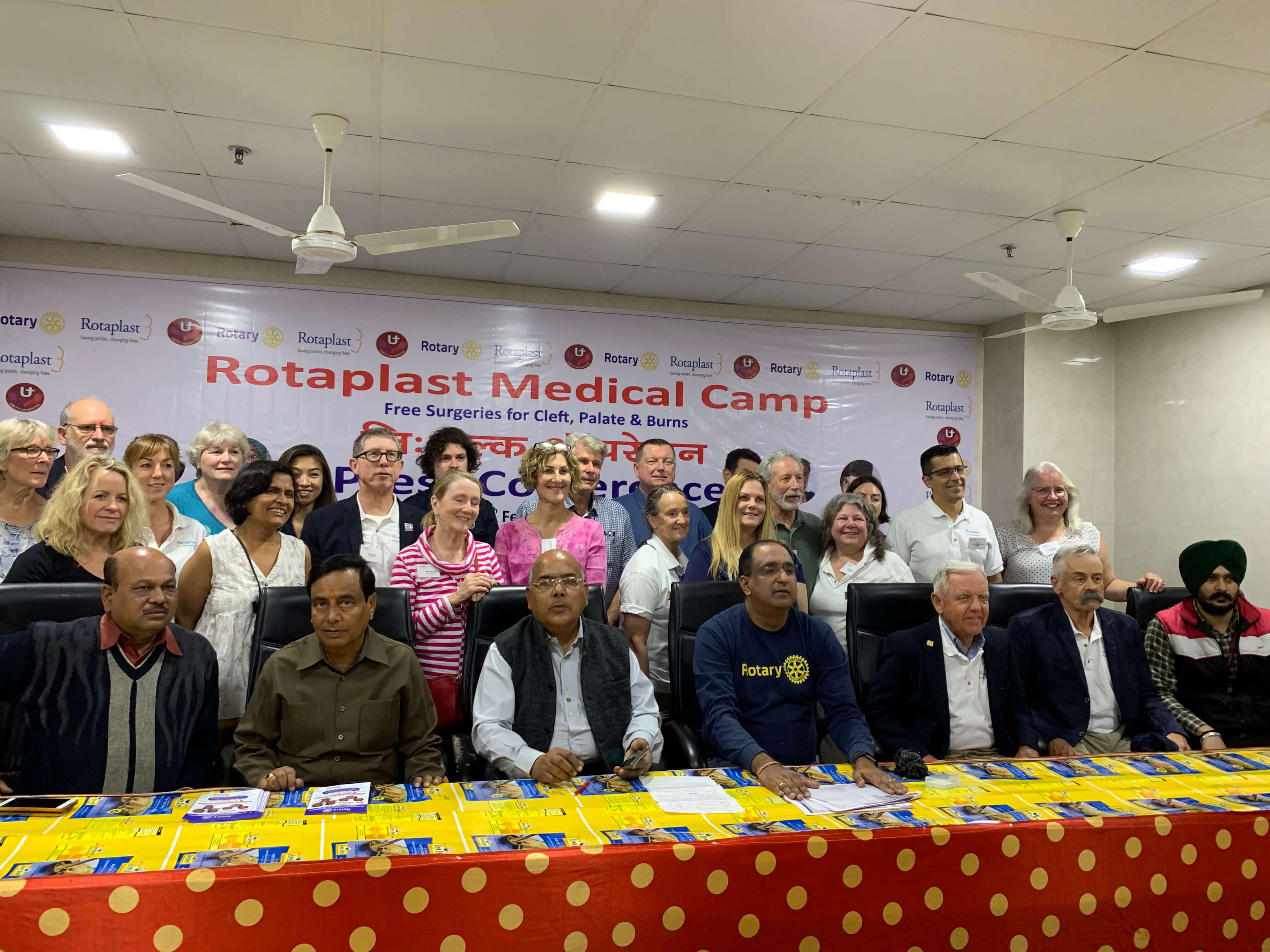 First there is the gathering at San Francisco Airport.  Walking into the International Terminal near the Emirates desk the blue blazerd and tan pants brigade gradually formed Sunday at 12:30 p.m. 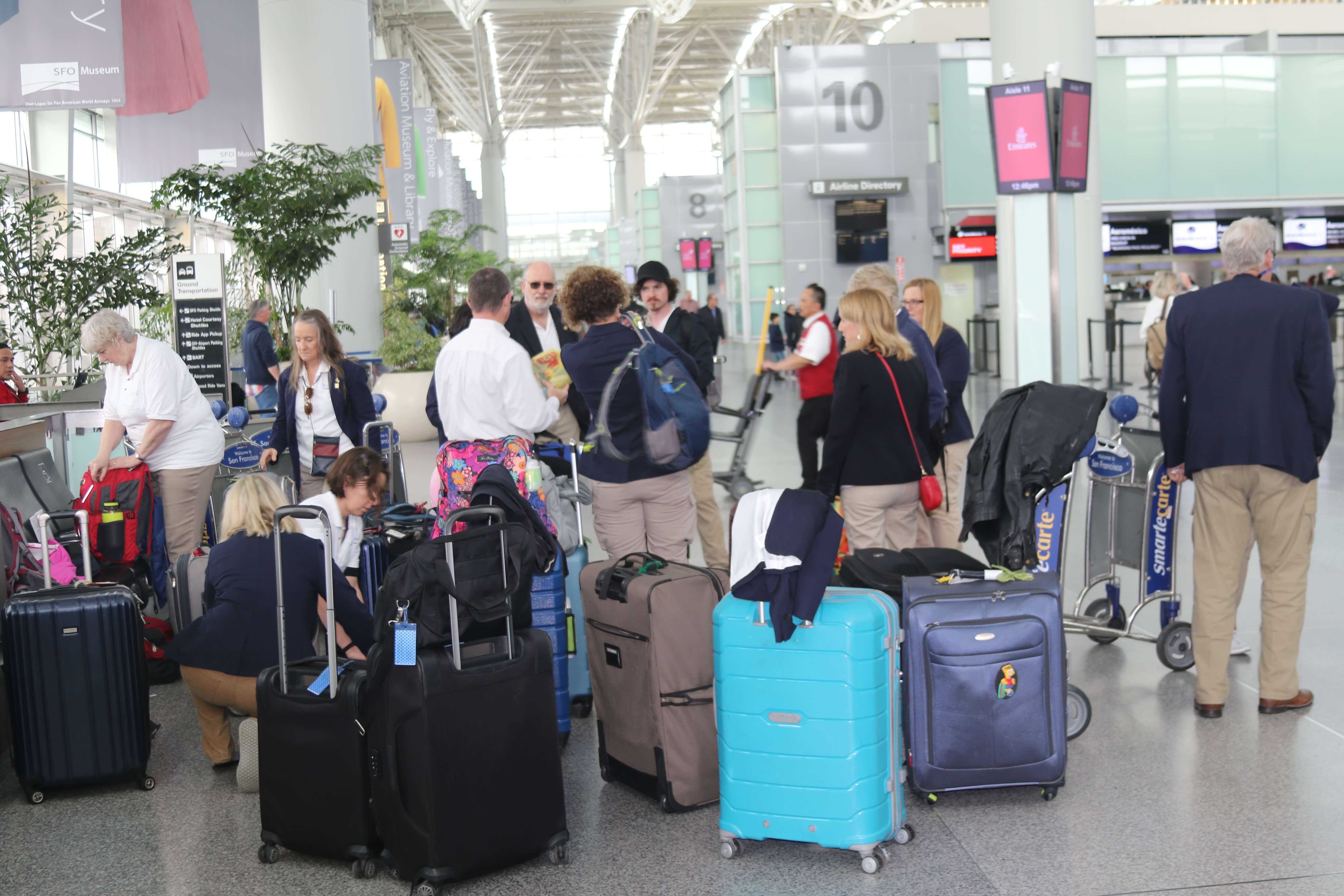 Thirty-one boxes with medical supplies were unloaded from the trailer and stacked near the check in counter.  The Head Nurse Jodelle Myhre, RN from Colorado stood watch over the precious cargo. 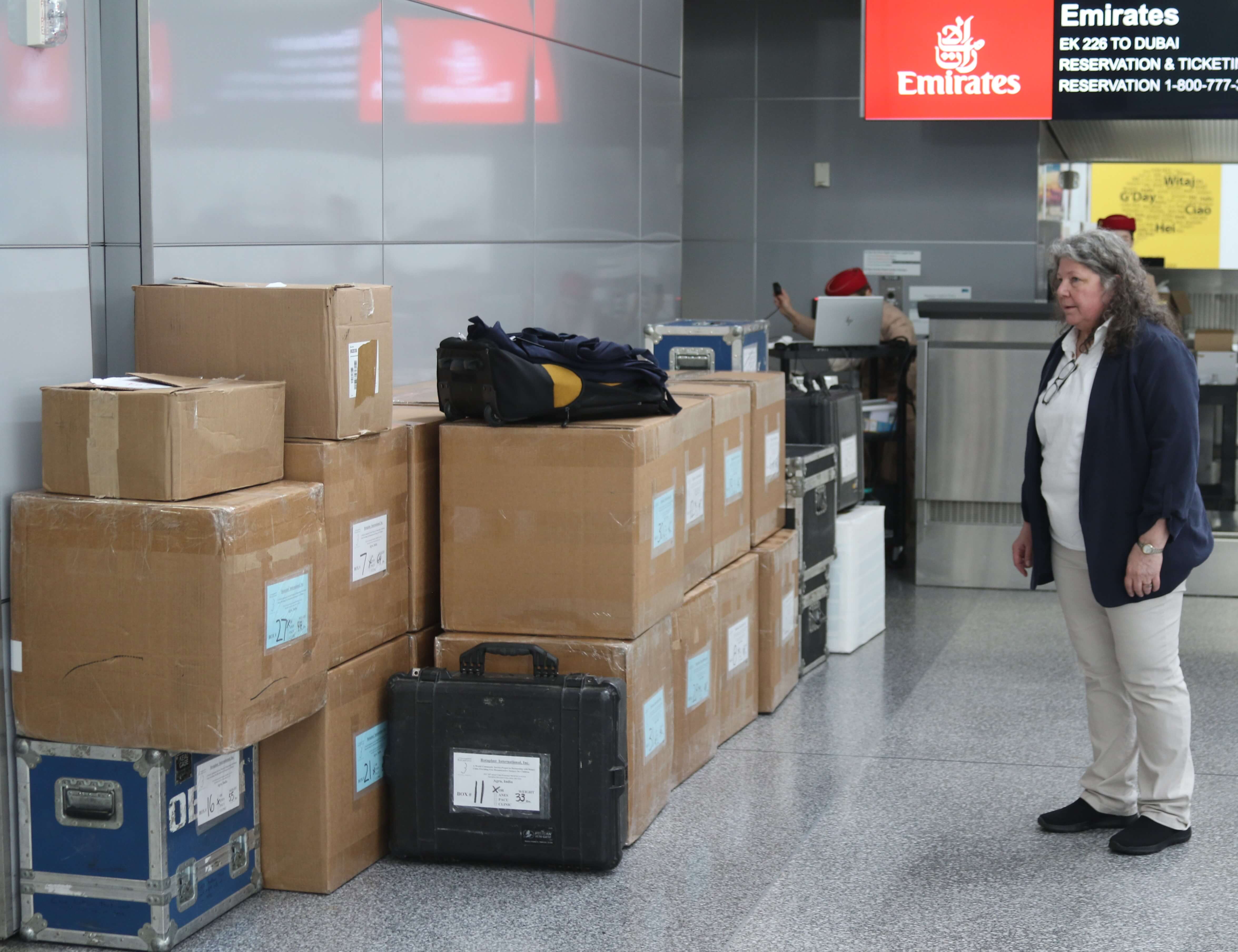 The Quartermaster Mark Mariscal, of Altadena, California made sure that all the boxes and bags were checked.  He counted them once, twice, three times or more, just to make sure that all the people and boxes got to their destination. 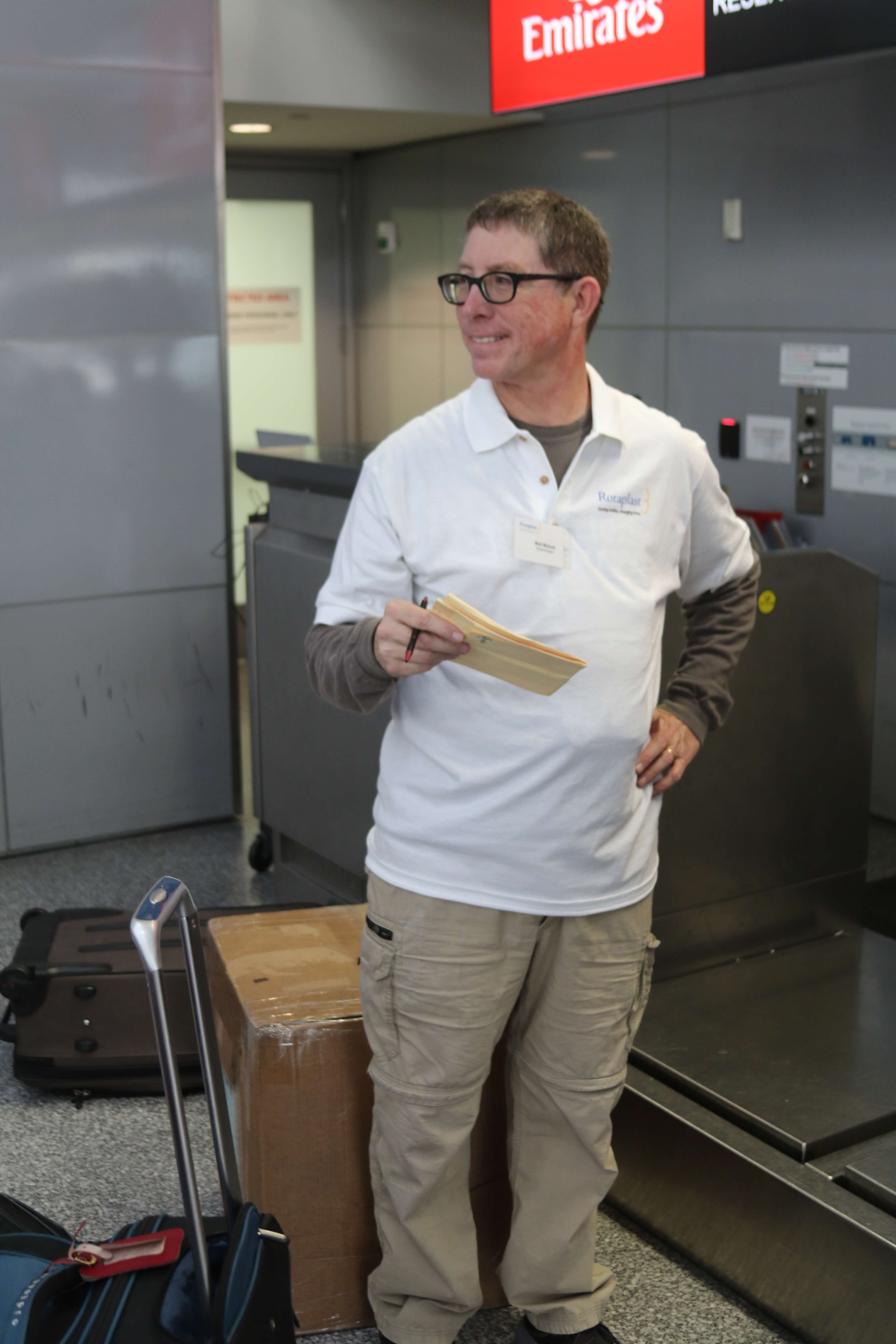 After flying 15 hours from San Francisco to Dubai, then another three hours from Dubai to Delhi, we arrived in the middle of the night.  But we were met by Alok Kamar, who has become our intrepid guide, culture/history consultant and translator. 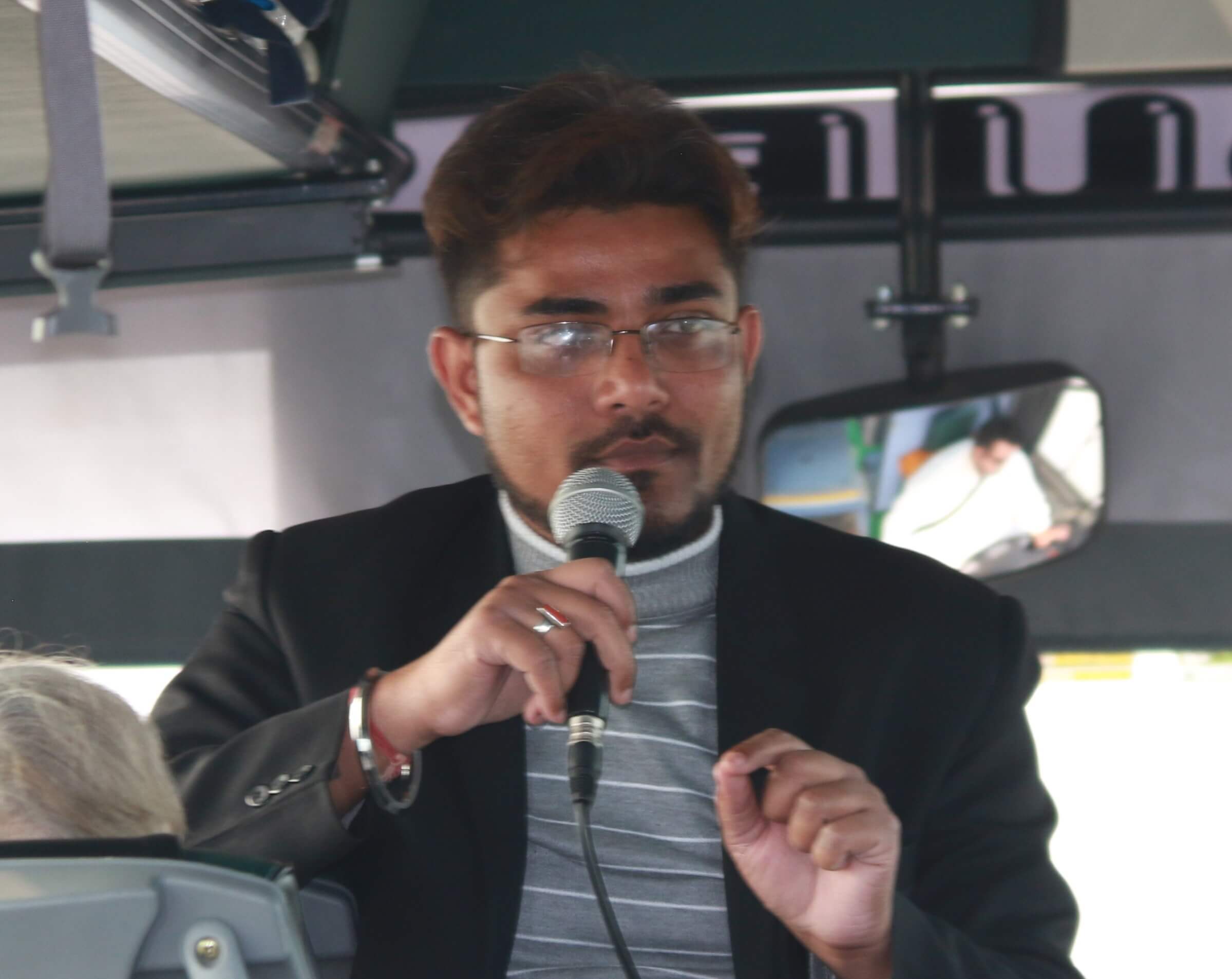 Once we got settled on the bus, Alok gave each of us a floral necklace.  Lead Pediatrician Abha Goel from San Francisco modeled her flower necklace as she relaxed after a long journey. 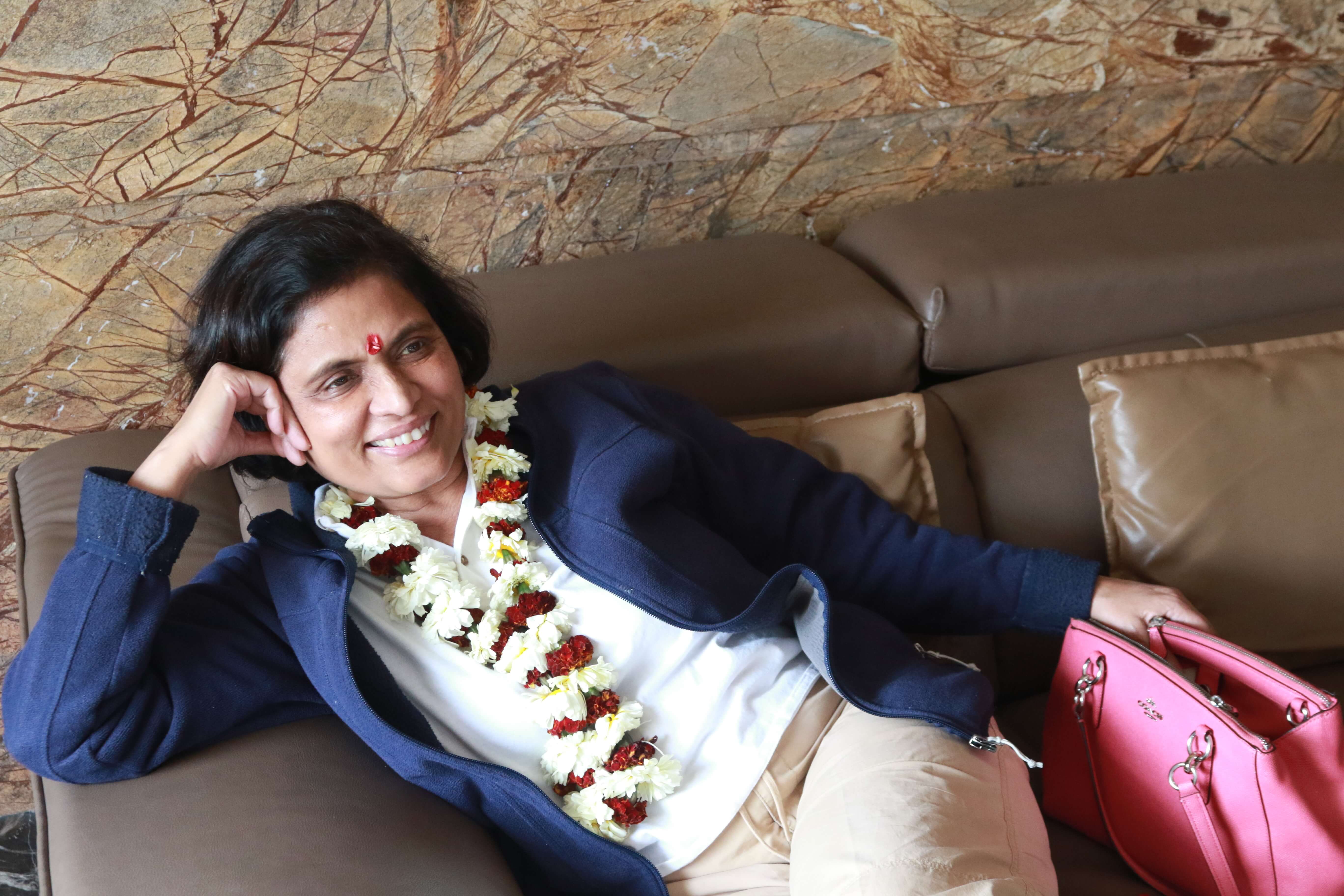 When we arrived at the Parador Hotel in Firozabad, the staff sprinkled us with petals and painted a bindi on our foreheads.  A bindi is a decorative mark worn in the middle of the forehead.   Anesthesiologist Bridgett Payne, MD and Operating Room Nurse Shawna McDonald, RN model the bindi. 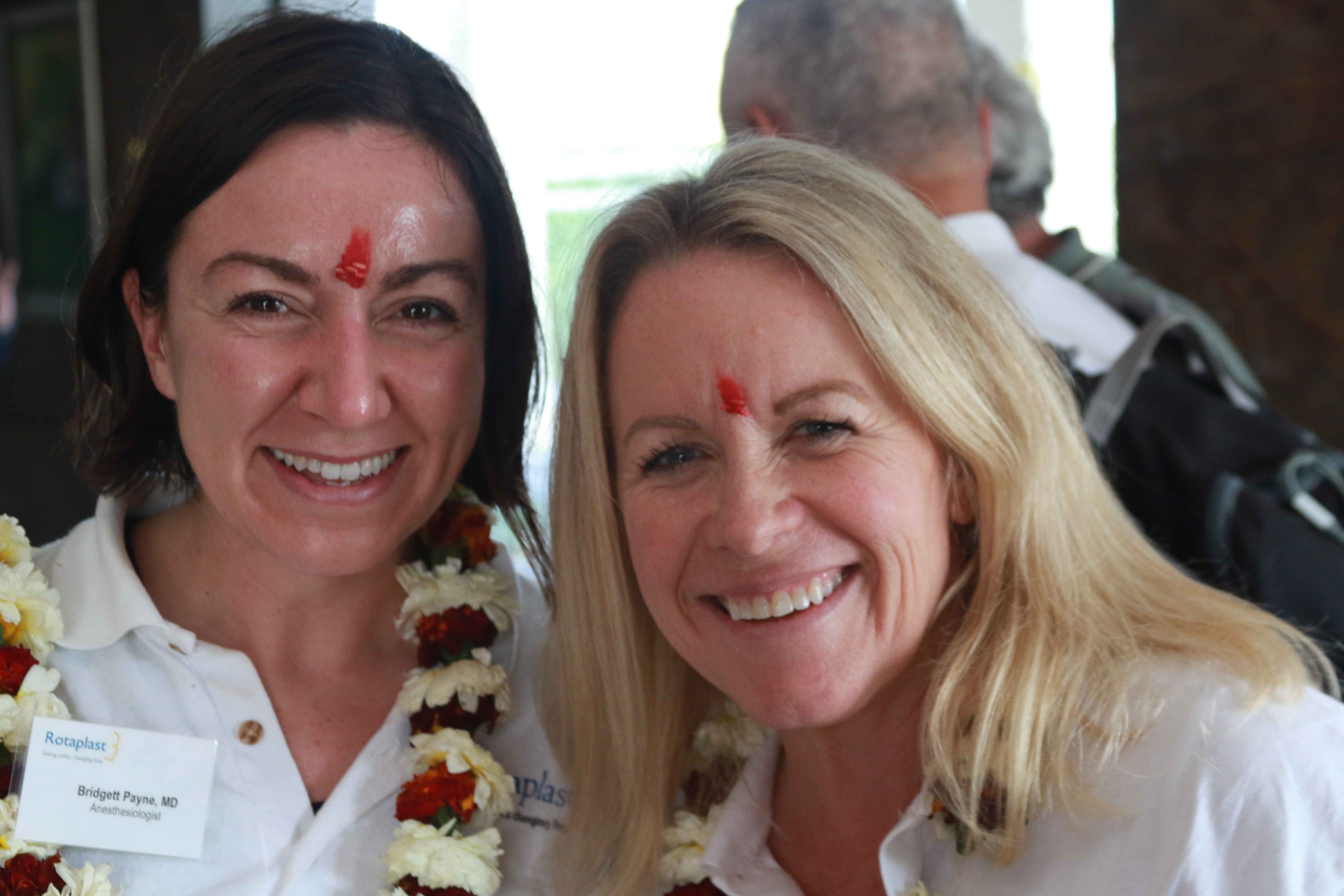 We ate lunch and then headed to Unity Hospital for a press conference and a tour of the hospital.  As we arrived, there was a large banner across the front of the Hospital advertising that Rotaplast was coming. 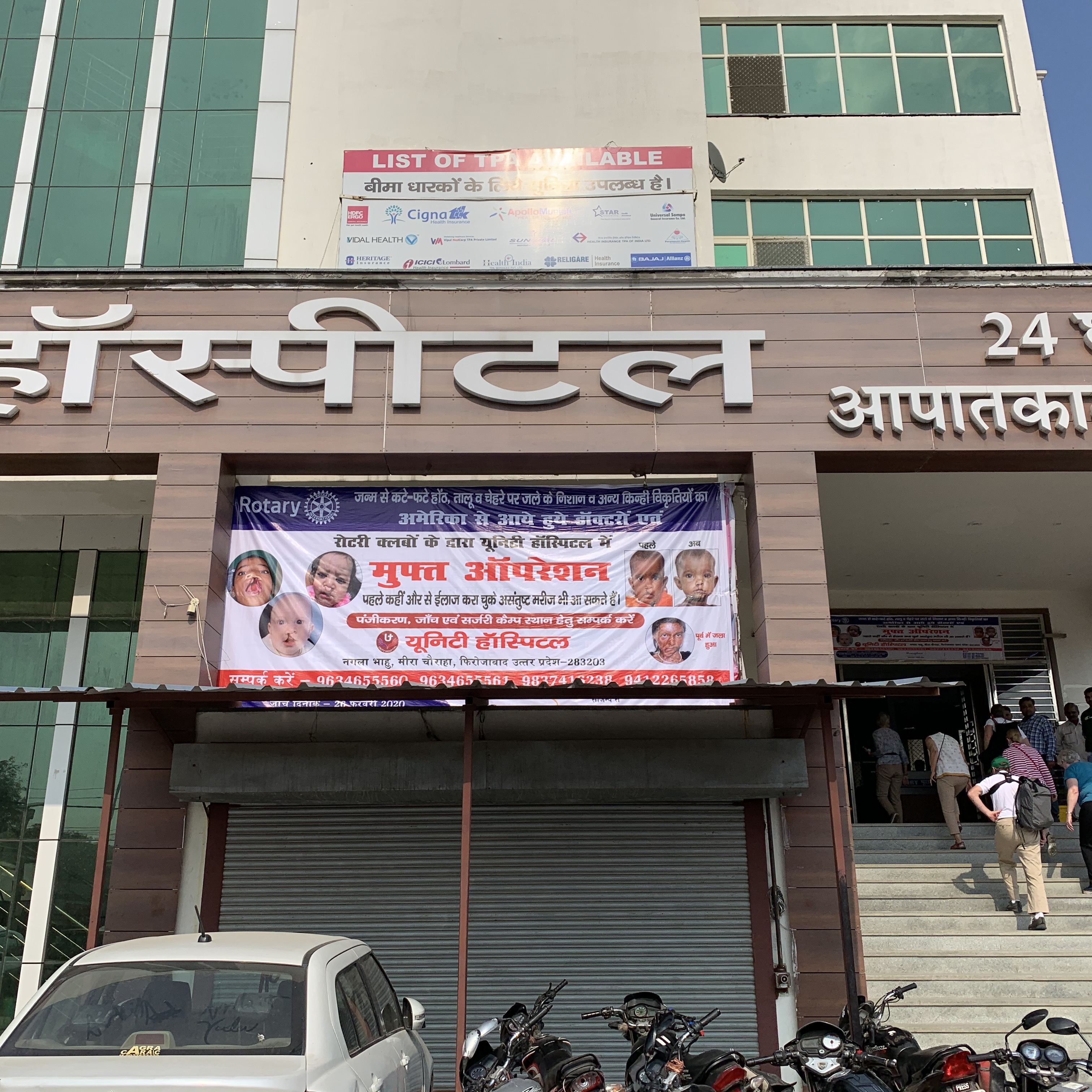 Local Rotarians and the Rotaplast volunteers all joined for a photo opportunity at the press conference. 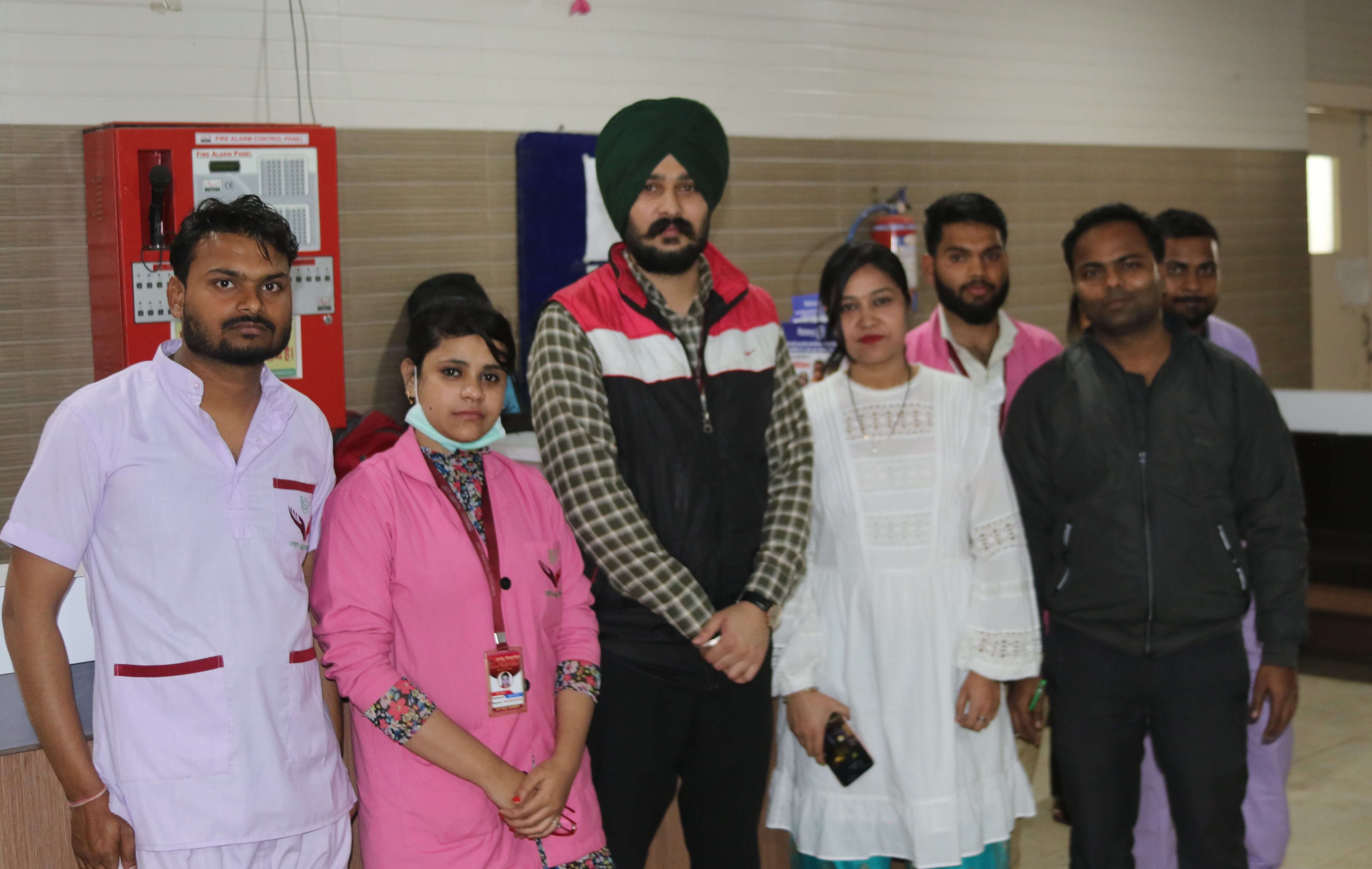 Mr. Singh then gave the volunteers a tour of the Unity Hospital and the plans were laid as to how the clinic was going to be run who who would do what where.  Mr. Singh posed with his staff that will also be assisting the Rotaplast Mission.