Loss of a Great Surgeon and Supporter 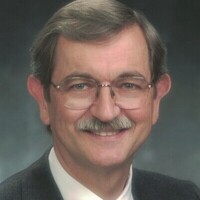 We recently lost a great surgeon who contributed his skills and time on Rotaplast missions in India and Venezuela, and was a great humanitarian.  Dr. Holman will be missed.

Paul David Holman, M.D., age 77, of Santa Fe, New Mexico and Charlottesville, Virginia died August 13, 2020 after an extended battle with Parkinson’s Disease.  He was the son of Wallace D. and Rosalie (Shimek) Holman.

Dr. Holman was born in Waynesboro, Virginia on March 13, 1943, attended public schools in Waynesboro, and graduated from the University of Virginia in 1965  (Phi Beta Kappa) and Jefferson Medical College in 1968.

He completed his medical internship and General Surgery residency at the George Washington University Medical Center in Washington, DC.  He served in the United States Navy (LCDR) as the ship’s surgeon on the USS Intrepid during 1970-1972. Dr. Holman then completed an additional 2-year residency in Plastic Surgery at the Phoenix Plastic Surgery Residency Program, and post-residency fellowships in Sweden and Australia focusing on reconstructive plastic surgery.

Dr. Holman returned to Arizona and practiced medicine in Phoenix at Phoenix Children’s, Good Samaritan, and St. Joseph’s hospitals.  He served for 27 years on the Children’s Rehabilitative Services staff and was the President of the Maricopa County Plastic Surgeons’ Society.   As a volunteer, Dr. Holman operated on hundreds of children living on remote Indian reservations assisting with the correction of cleft lip and palate, burn scarring, and other congenital deformities.

Dr. Holman’s retirement years were spent primarily in Santa Fe, New Mexico.  In retirement, he travelled to India and Venezuela with RotaPlast International, Inc. surgical teams, continuing to use his professional skills to transform the lives of patients with physical deformities.

Paul was an artist, a woodworker, a musician, an angler, a naturalist, and a world traveler.  He began painting in his early teens and continuing well into retirement.  He loved mountain music, made and played dulcimers and built beautiful furniture, much from a mesquite tree grown in his yard.  He loved the Native American and Spanish cultures of the southwest.

His brother Mark Holman died in 2016.  He is survived by his brother, John Holman (Kathryn) of Annapolis, Maryland, his sister, Susan McShane (Michael) of Keswick, Virginia, and nephews Luke of Arlington, Virginia, Thomas (Maile) of San Francisco, California, and James (Kaitlin) of Brookhaven, Georgia.

Interment was at Riverview Cemetery in Waynesboro, Virginia.

Respecting Paul’s wishes, the family asks that charitable donations be made to RotaPlast International, Inc.

Rotaplast’s finale before our current pause due to the Coronavirus Pandemic was a productive mission to Agra, India. The team successfully operated on 82 patients including many with severe contractures ... Read More »

In May of 2017, I, Dr. Paul Helpard, had the pleasure of meeting a young and vibrant 21-year-old woman named Milagros when I participated as an orthodontist on my third Rotaplast Mission and second in Lima... Read More »