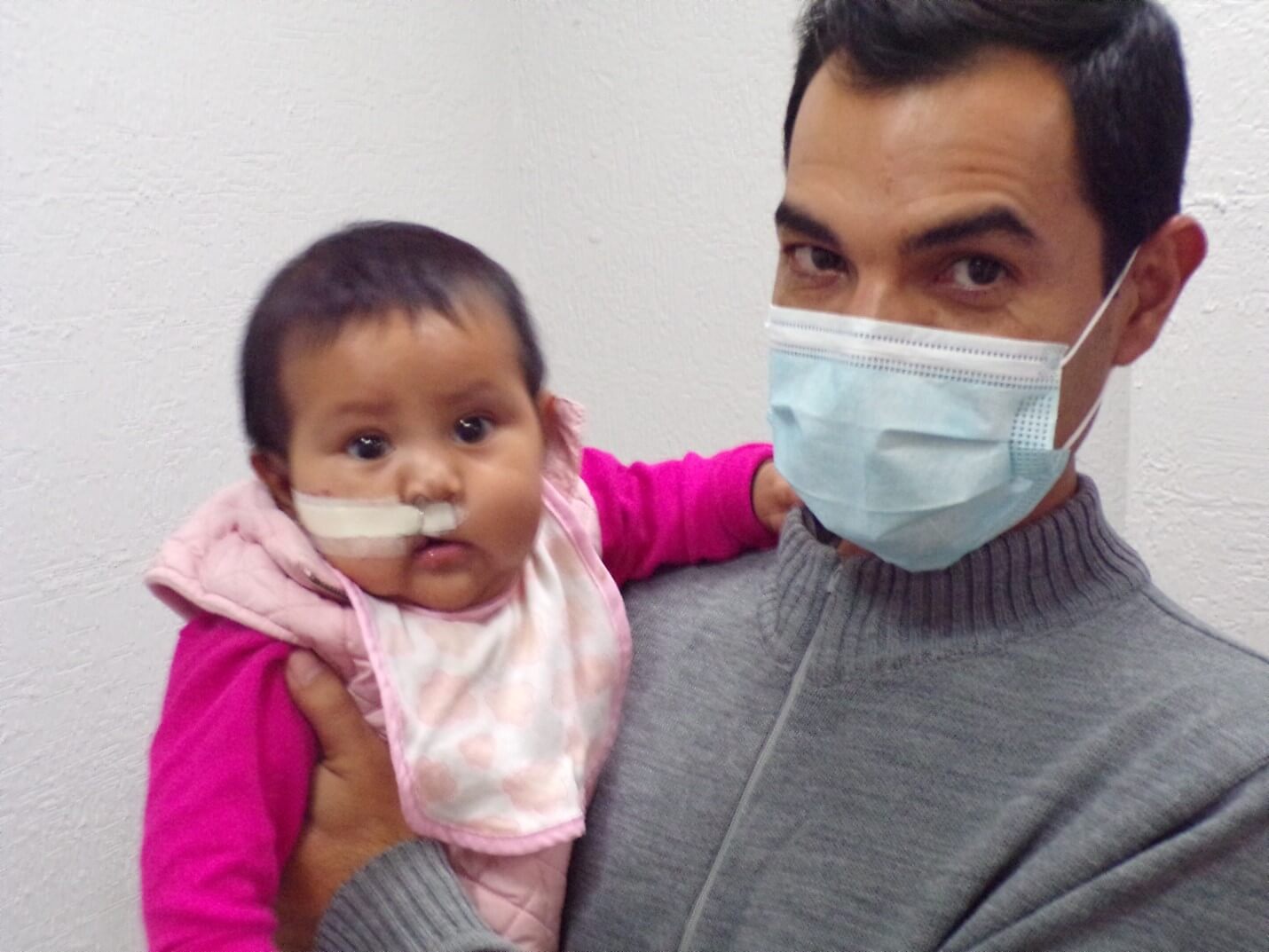 The team enjoyed a good Mexican breakfast before walking to the hospital, which was located a convenient block and a half away from the hotel.

Arriving a hospital, the team met other Casa Azul volunteers, along with the hospital medical staff, who they would be working with the next several days.  Good relations were formed nearly immediately.  It was apparent that everyone involved in the mission had the same goal in mind, help improve children’s lives by repairing their deformity.

After getting oriented and coordinating with Casa Azul planners, it was time for surgery on the first patient.  The Rotaplast surgeon was Dr. Alex McCulloch and the anesthesia was administered by Dave Rowen, CRNA.  They were assisted by Loubette Botello, a local medical student from the University of Monterrey Medical School.  Loubette proved to be a tremendous asset, assisting in many of the Rotaplast surgeries throughout the mission.

Five-month-old Daniella was the first patient.  The team had met Daniella and her family earlier that morning, at breakfast.  Her mother, Olga, presented the team with a box of Mexican candy which was enjoyed over the next several days.  At the first meeting though, little did the team realize exactly the story behind this precious little baby.

Daniella was born the eighth child to a mother living in the hills of rural Mexico.  When she was born and discovered to have both a cleft lip and palate, the birth mother discarded her in the street, not wanting to have a disfigured child.  Fortunately for Daniella, at two months old, she was adopted by a loving mother and father who could not bear children of their own.  Soon after adopting her, the parents heard of Casa Azul and the rest is history.

Daniella had her cleft lip repaired and now, what was already an adorable baby is even more beautiful.  Once discarded like a piece of garbage, this child will now have an equal opportunity to grow up healthy, happy and have the opportunity to make a difference in this world.  To know Daniella now has an equal chance, made the journey to Monterrey worth every minute of time and every dollar spent worth it.

Baby Daniella prior to going into surgery. She was the team’s first patient.

The Rotaplast team performed several more surgeries on the first day.  Both lips and palates were repaired.  The team did excellent work.

Also of note was the fact that the team enjoyed a lunch of homemade tamales, provided by the mother of one of the patients.  This traditional Mexican food was even more enjoyable, knowing that it was a gesture of gratitude by a loving mother.

The team performed several cleft palate surgeries.  Due to the limited size of the team, as well as that of the local nursing staff, scrub technicians were substituted by mostly local medical students.  ... Read More »

After breakfast the team trekked down the hill to the hospital for another day of surgery.  By now everyone was familiar with the local partners and things were really clicking.  Though the mission was m... Read More »