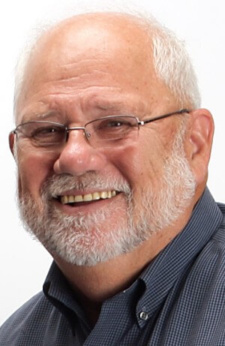 Daniel Robert Bronson Jr. passed away August 8, 2016, after a brief battle with cancer.

Dan was born in Philadelphia on August 13, 1945. He earned and a master’s degree in Education, served in the U.S. Army in Korea, worked in human resources for 30 years before teaching seventh grade for five years.

He was an active Rotarian serving in many roles including Club President and District Governor of District 7450 in Pennsylvania.

Dan is survived by his spouse: Carol; daughter: Melyni Bronson, and son-in-law, Matthew Thory; and daughter: Allison Bronson; grandchildren: Ariel, Jack, and Charlotte; mother: Doris; sisters and brothers-in-law: Linda and Dave Uhas, and Janice and Dave Cramp; and other family and friends.

At Rotaplast International, Dan served on the Board of Directors and was Mission Director on eight Rotaplast missions to Argentina, Brazil, India and Peru. Dan was a valued part of our Rotaplast family. He will be missed by our volunteers, staff and Rotarians. Our deepest condolences are extended to his family.