The mission to Cumaná is over, and everyone is either home safely, or off to further adventure in Latin America.  The fate of some of Rotaplast's valuable medical equipment seemed less certain, at least at first. An autoclave went missing on the way back from Cumaná, but happily, it has reappeared, and is already home in San Francisco.

During seven days of surgery, at least 110 patients received treatment. Most surgeries involved cleft lip or palate, but not all were new cases. A number of surgeries were performed on previous patients, to augment earlier repairs that couldn’t be completed in one session, or to remove scar tissue, etc.  One of Rotaplast’s notable accomplishments is having established annual missions at several of its locations, so patients with ongoing needs are not abandoned or left to their own resources.

Other surgeries during the past two weeks included rhinoplasty and separation of conjoined toes. The dental team, when necessary, performed extractions of malformed or obstructive teeth, and consulted with local dentists about fitting dentures and orthodontic appliances. These procedures are not primarily required due to poor dental hygiene, as one might assume, but because severe dental disorders and misalignments involving teeth are often by-products of the same congenital defects that cause clefts.

I want to highlight here two cleft lip results, as they produce the most dramatic change in appearance. First, here is Angel. Since Mom seems so justifiably proud, I'll co-feature her in both the before and after shots below. (If Angel doesn't seem enthusiastic about the results, remember that he's just hours out of surgery, and he's still more than a bit under the weather.) 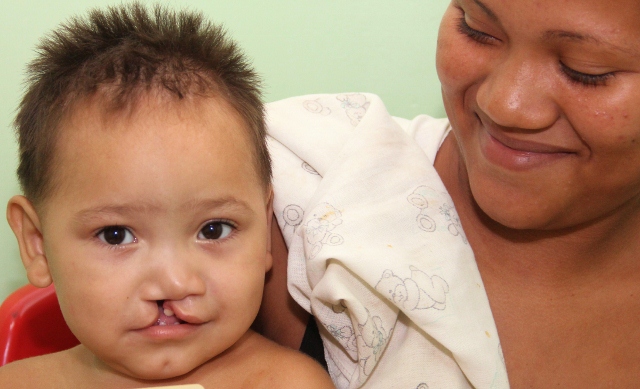 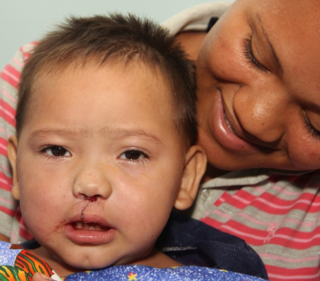 And here is Carlos, who had a bilateral cleft: 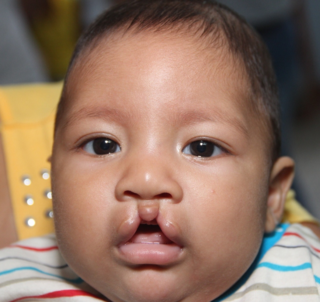 This will probably be the last blog posting from Cumaná 2011.  There are many more photos to be shared than I can display here, so they will go to the Rotaplast Flickr photostream.  I'll end with a group portrait of the Rotaplast team, along with some of the many volunteers: 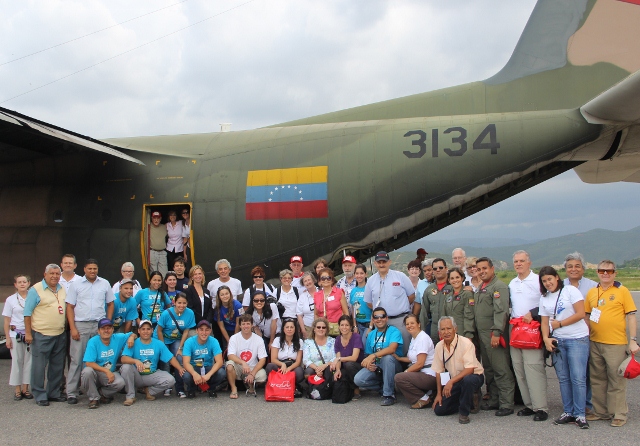 What an experience it's been!  Thank you so much, everyone!