A Day for Thanks 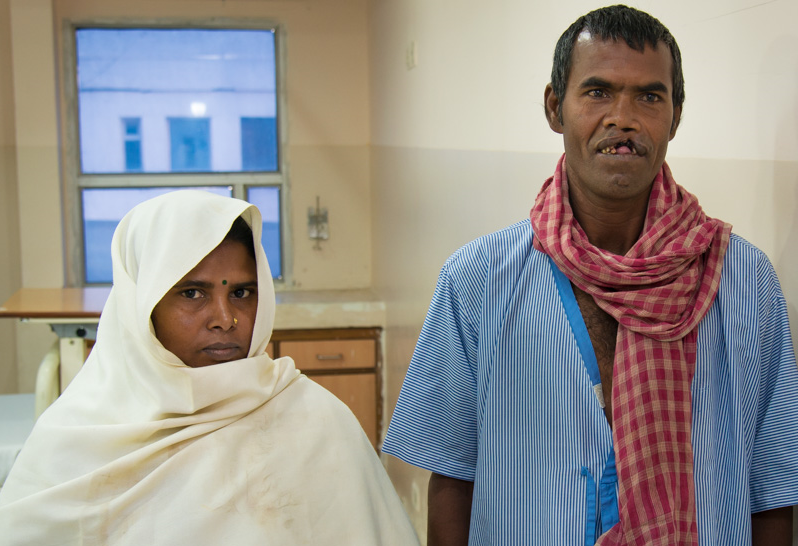 Four-thirty am: The hotel room is quiet except for the whir of the ceiling fan and an occasional horn honk from the Delhi-Agra Road. Within an hour the melodic morning call-to-prayer will float in from the nearby mosque.

The usual mix of cars, motorcycles, moto-taxies, bicycles, bicycle rickshaws, pedestrians, dogs and Brahma cattle will compete for their place on the pavement, regardless of lane markings.

At this hour in the post-op ward, children that we treated yesterday are becoming acquainted with new sensations in their lips or palates. Parents are struggling to find a comfortable spot between the hospital beds for a few last minutes of sleep.

Today is our last day of surgery and we have a full schedule. One of today’s patients, Ganesh, just arrived to our clinic yesterday. He is a 35 year-old rickshaw driver with an untreated cleft lip and palate.

Lata, a local Rotarian volunteer, translated our conversation between English and Hindi. Ganesh’s wife was the supplemental interpreter since she was familiar with the nearly unintelligible sound of his nasal speech due to his cleft palate.

Ganesh was born in the economically depressed state of Bihar in eastern India. His father was a farmer and Ganesh didn’t attend school. After his marriage he and his wife came to Delhi to find work.

However, due to the high cost of living in the city, they ended up in Faridabad, 50 km from Delhi. Ganesh consulted doctors and hospitals in the past but was never able to afford the cost of surgery.

With Rotaplast coming to Faridabad there was renewed hope. Although his condition undoubtedly brings unwanted attention, he was fearful to come on the first day.

His sister’s son was treated at our clinic last week. Ganesh was impressed by the bravery of the boy and the results of the surgery. He has a very supportive family, including two sons and a daughter.

It all combined to give him the courage to seek help for himself and show up yesterday. His joyful personality was infectious and he immediately had our team smiling and cheering for him.

He is in the pre-op ward at the hospital this morning awaiting our 6:45 am arrival. I can only imagine his thoughts of apprehension and hope. 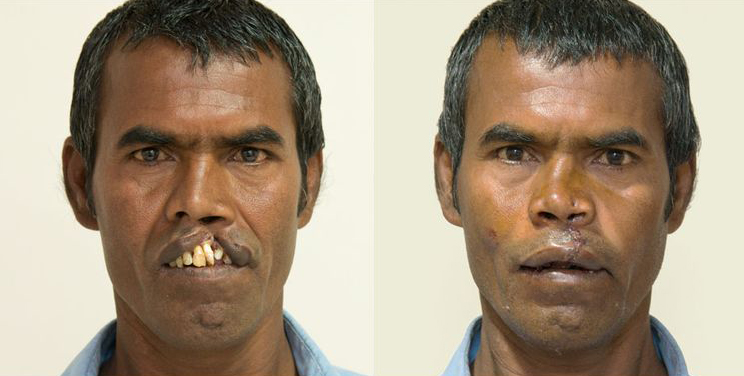 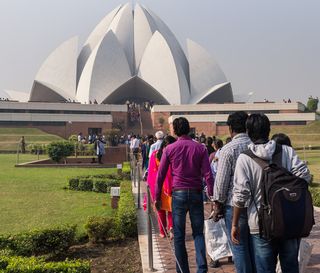 Simran’s story is a one-in-a-million win. Simran’s father is a quality control manager in a garment factory and her mother is school teacher.

They had planned to visit the Lotus Temple on Monday but because of mom’s teaching schedule, they went on Sunday.

On our team’s day off last Sunday we also visited the popular site along with thousands of local residents. Mission director Brian Walker spotted Simran, a five-year old girl with a cleft lip.

He excitedly turned to Guarav, our local host, and said, “here’s another patient for us!”

In 2011 Simran had her lip repaired but was in need of a revision for additional correction.

Simran’s parents were all smiles today at their good fortune for getting connected to Rotaplast. They are hoping to return next year so Simran can have her cleft palate repaired. 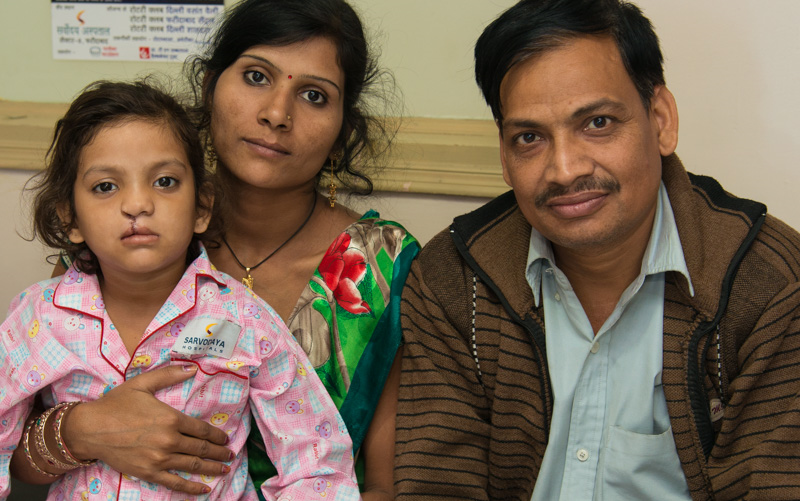 Three days into the mission, Anshika’s father heard about Rotaplast from his brother-in-law. The family, who live in a neighboring state, took a bus for the 70km ride to Faridabad.

Fourteen-month old Anshika had a beautiful result on the repair of her cleft lip, a procedure that took only about an hour. The “after” photo was taken a short time later.

The clean appearance of the children’s lips immediately following surgery is the result of a newer method. Subsurface layers of the lip are stitched as before, but the outer layer of skin in now fused with Dermabond, a super glue.

In another year, she’ll be old enough for repair of her cleft palate. 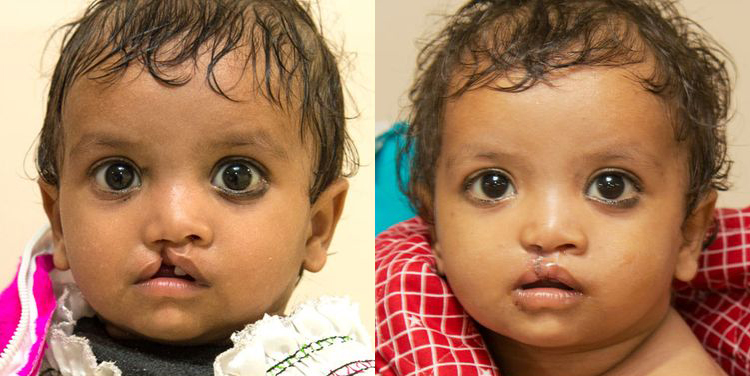 Today is Thanksgiving Day in the US. Although not a national holiday in India, there are dozens of families who are giving thanks to Rotaplast for the gift of a beautiful new smile or the ability for better speech. Gifts that will provide the opportunity for a more productive, fulfilling life.

I’m thankful that I was able to participate and share some the stories with you.