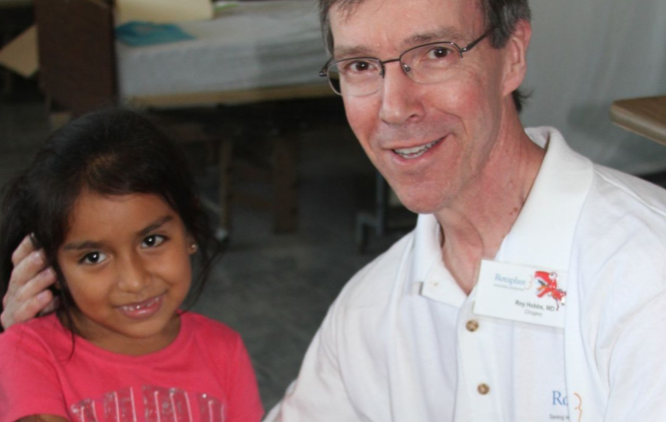 Today was the final day in Retalhuleu, the surgeons did the rounds of yesterday’s patients and then the final clinic when the patients came back.

This day makes all the hard work worth it. The smiles, the hugs and the gratitude of the parents and patients reminds us how important this work is and how truly lives have been dramatically changed for the better during the last two weeks. Such gratitude was evident when Francisco’s Grandmother gave Dr. Jitka a big hug.

Francisco’s before and after photos:

You may recall Brandon from an earlier post. He came in with a man we thought was his Grandfather. The full story came out when Brandon came back for surgery. The older gentlemen was named Henry and he was a total stranger that saw Brandon with his Father in the market and had heard about the Rotaplast Mission. Brandon’s Father did not speak Spanish rather an Indian dialect, so Henry volunteered to take Brandon’s Father and Brandon to Retalhuleu to be examined and act as a translator. Henry came back and picked Brandon and his Father up when Brandon was ready to leave. We also learned that Brandon’s Mother had died in childbirth with Brandon’s younger sibling who was given up for adoption. Brandon has an older sister as well. As you can see from the photos below, Brandon’s life was totally transformed.

As the parents return with their children, both are dressed in their best clothes. We get a glimpse of the beautiful native dresses of the region. The decorations on these dresses is very detailed and each region has a different design.  Here, Dr. Ron shares a Mother’s joy at her daughters successful surgery.

Valeria’s arm was badly burned when her house caught fire. Dr. Roy did a scar revision to allow her more flexibility in her dominant hand. Valeria surprised us with counting to 25 in English. She was a very good hugger.

Eunice’s Mother has conveyed her gratitude through the entire process of intake, surgery, recovery and discharge with the universal language of a smile of gratitude. She returned to clinic with that same gracious countenance.

Eunice Post-Op – unfortunately, taking off the dressing can be painful and there are some tears here. But it was actually surprising how quickly she stopped crying. Then ointment was liberally applied to the incision site to speed the healing and protect the area from infection.

These are just samples of the patients we have worked with and the lives we have touched. On this amazing mission. . . . There was so much need and we are all so grateful that we could help.

We are back in Guatemala City today and tomorrow we leave for our homes. Today, we had lunch with the local Rotary Club that has provided such invaluable support, Club Rotario Guatemala de la Asuncion. Thi... Read More »