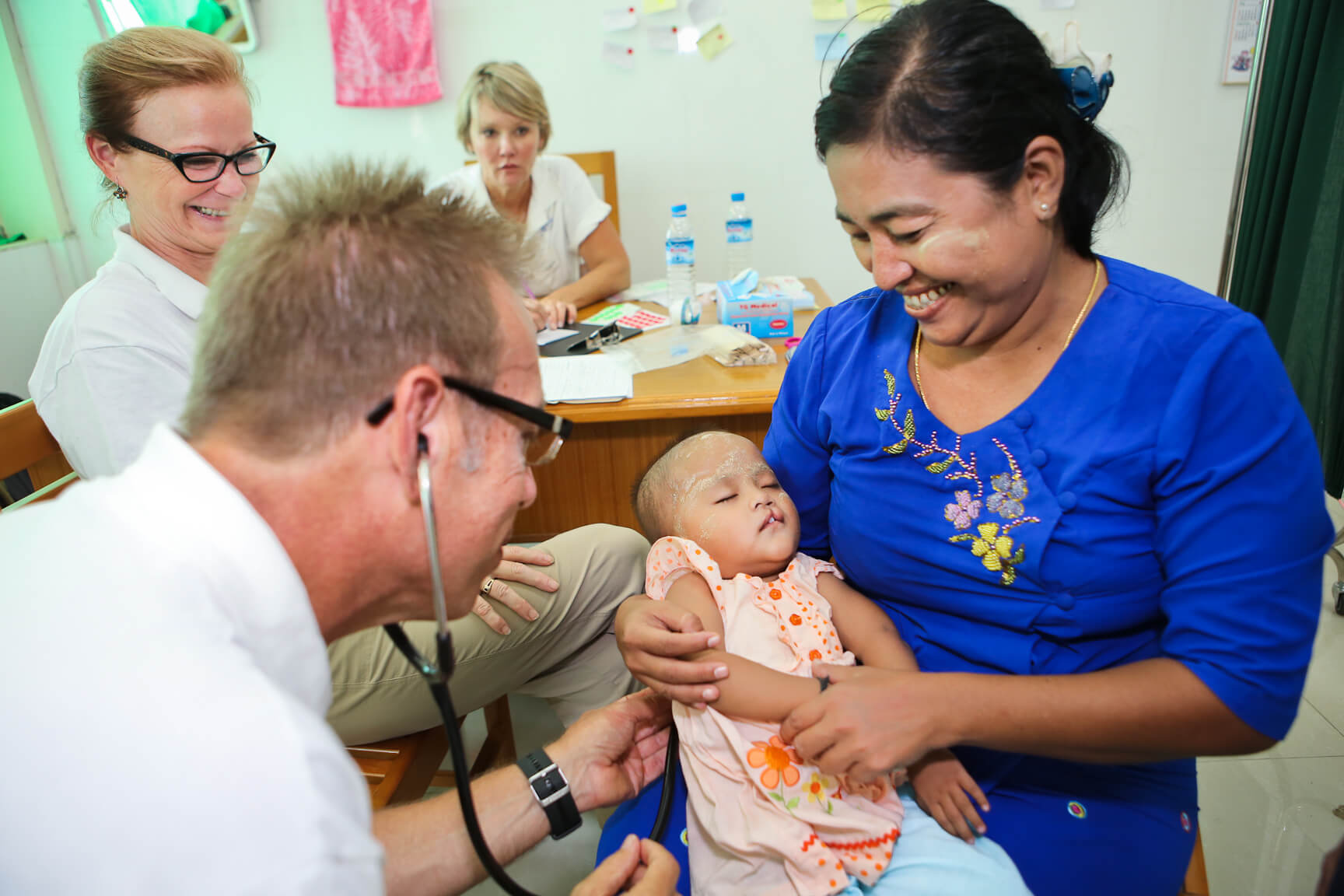 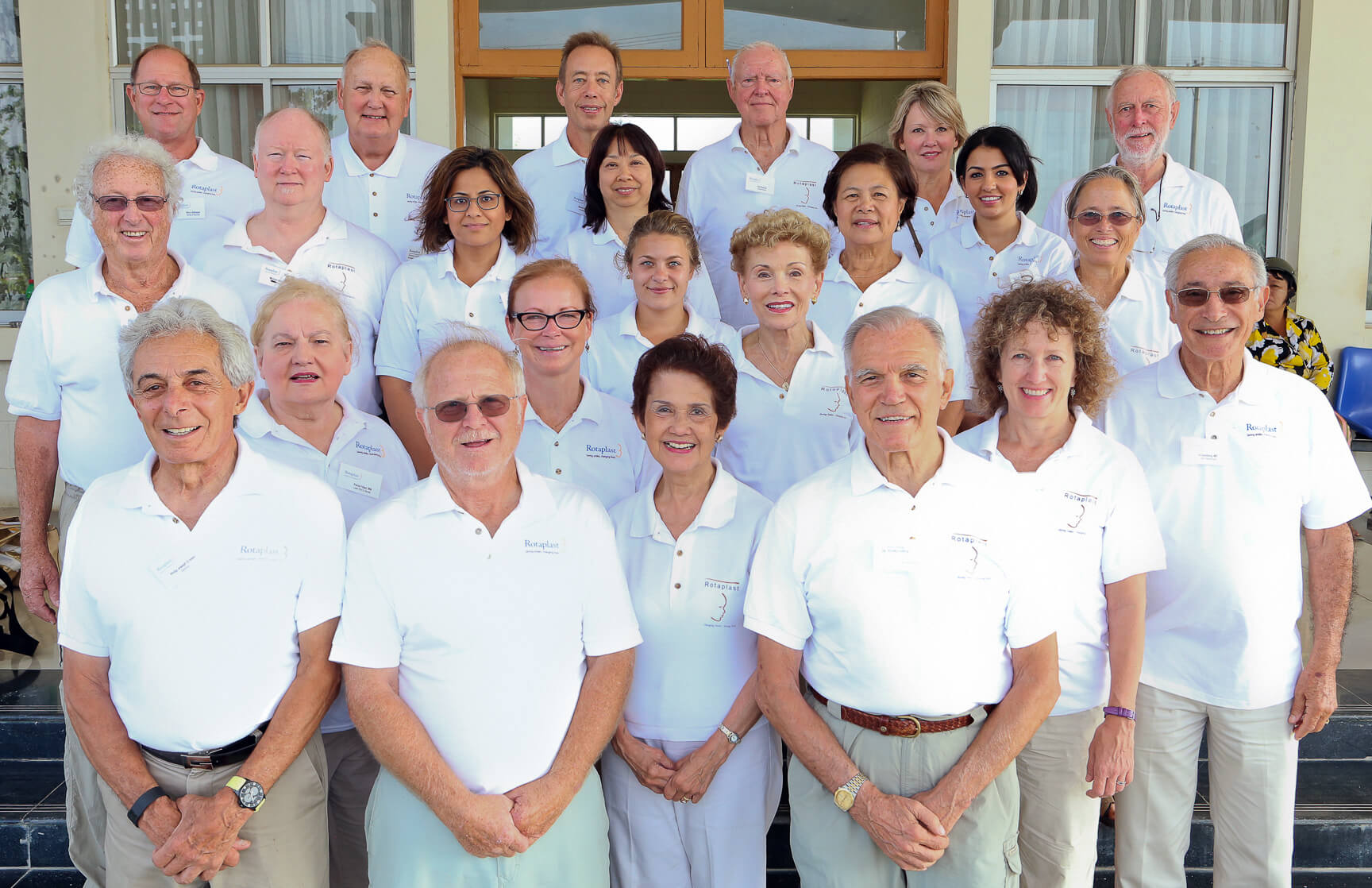 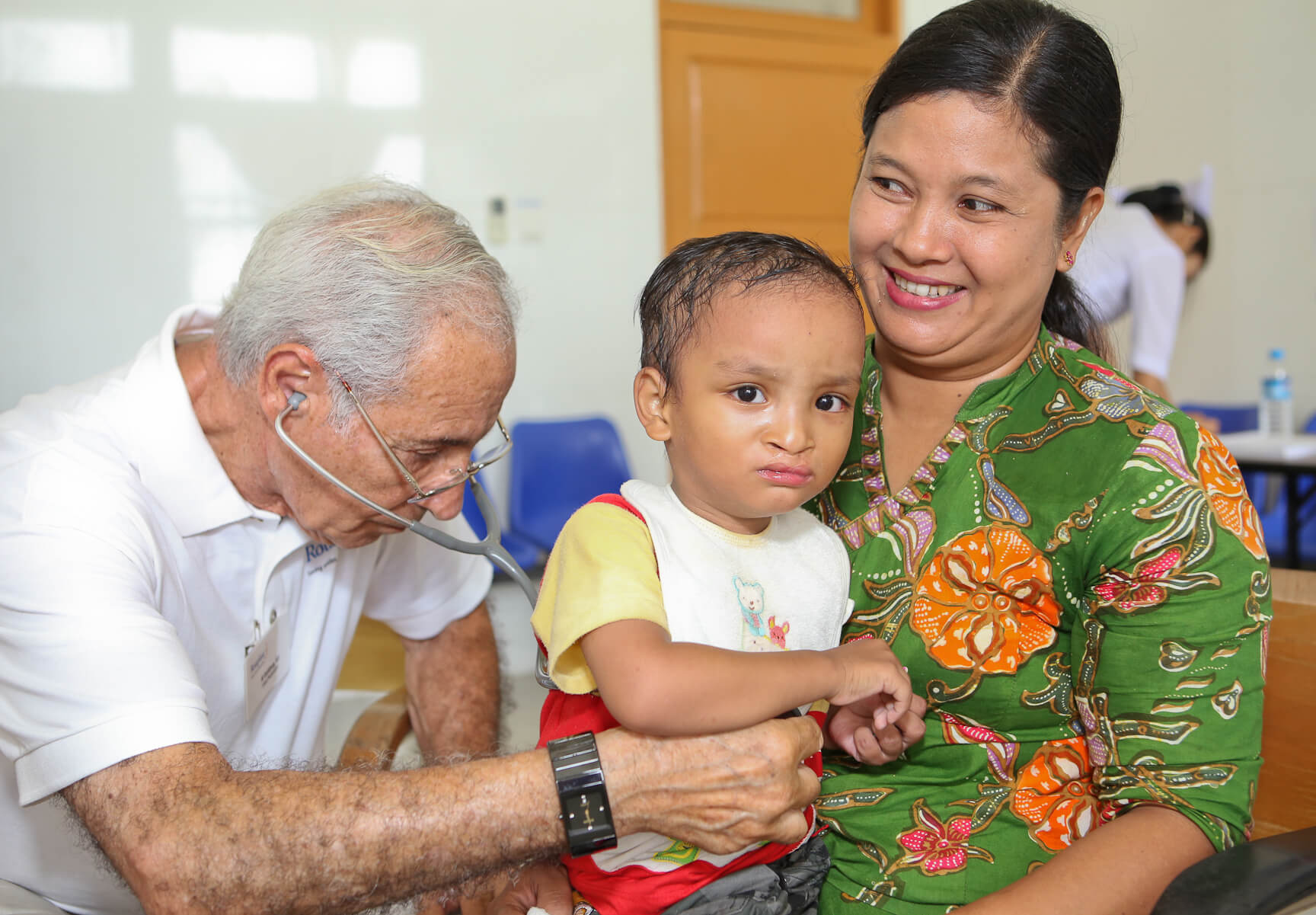 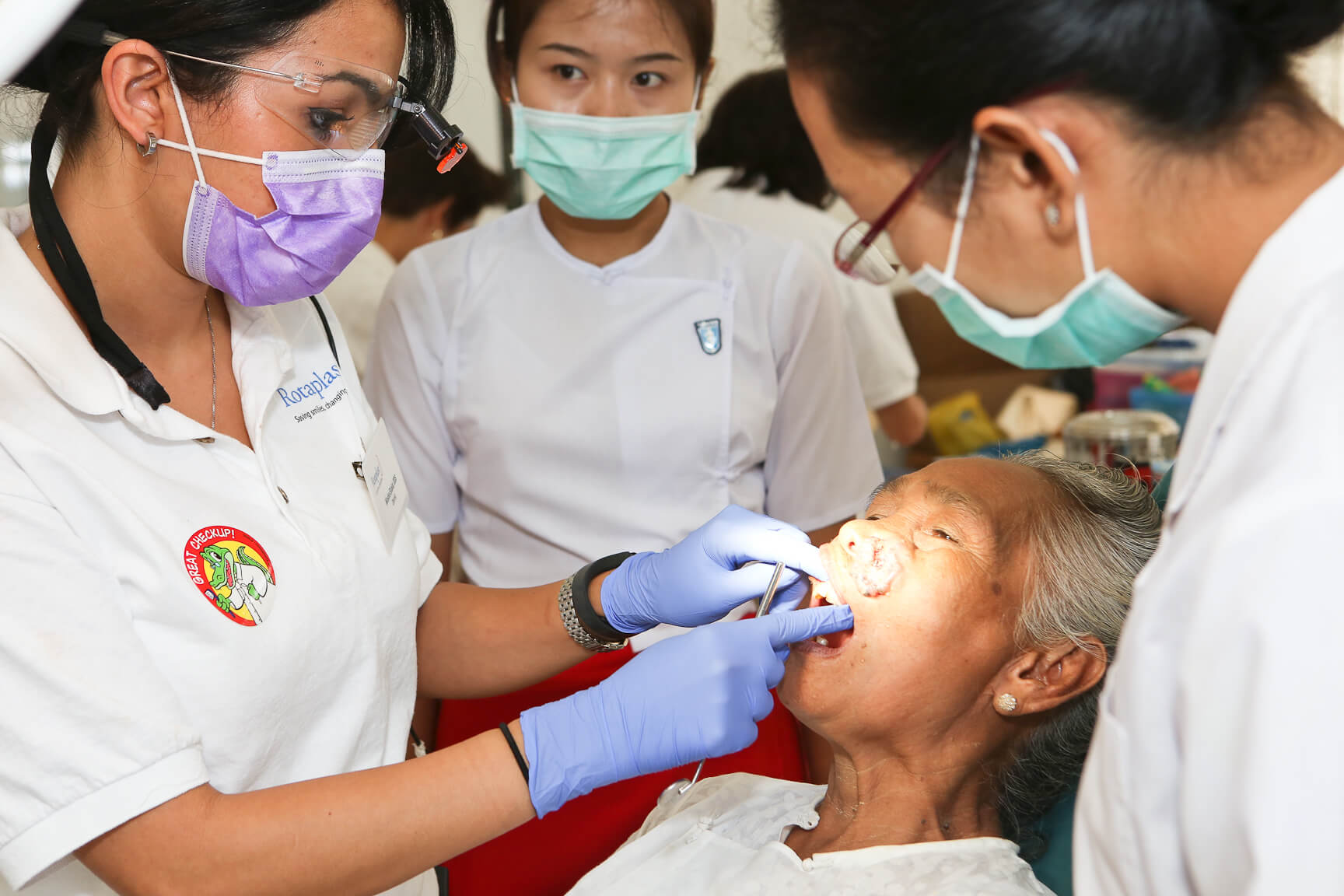 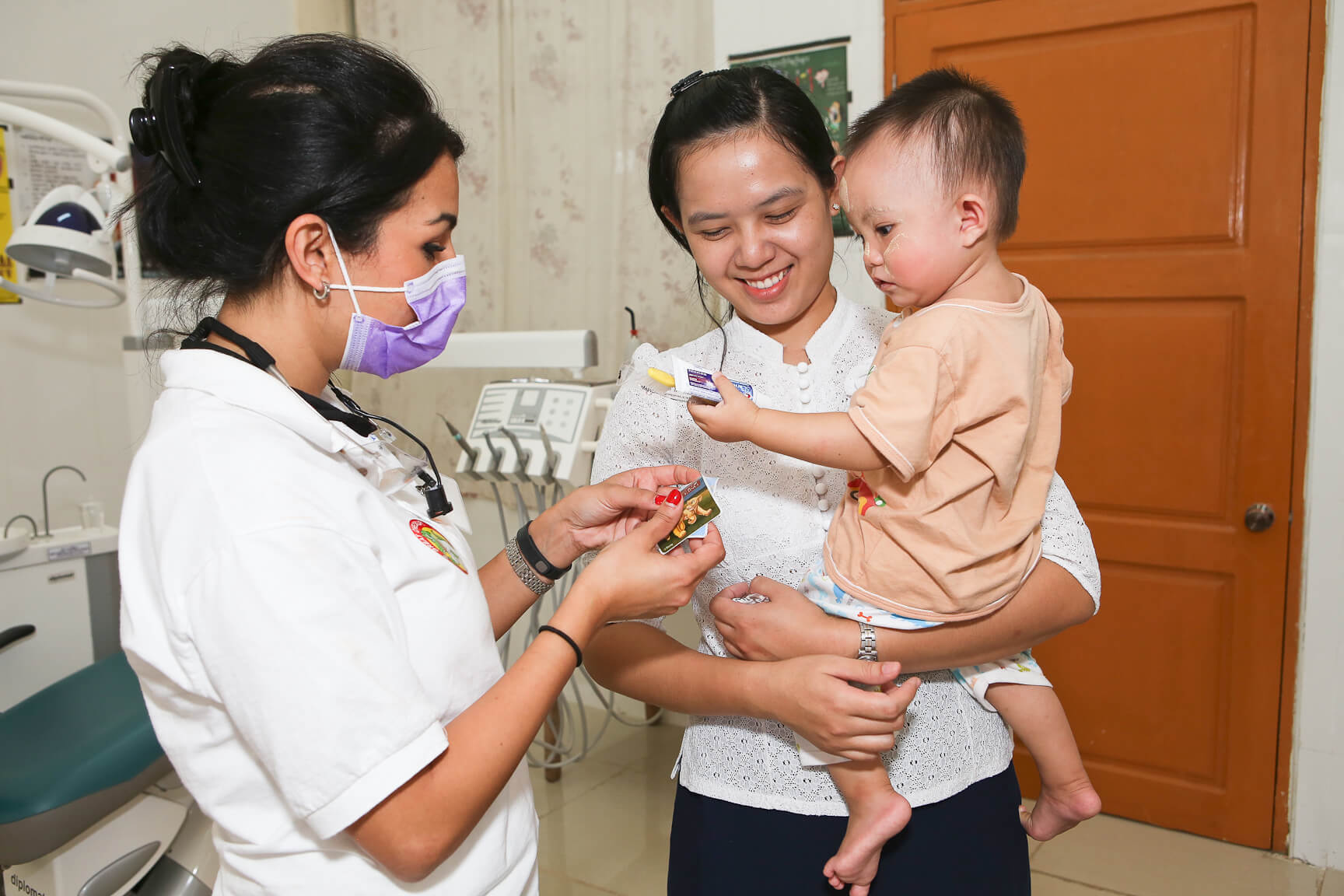 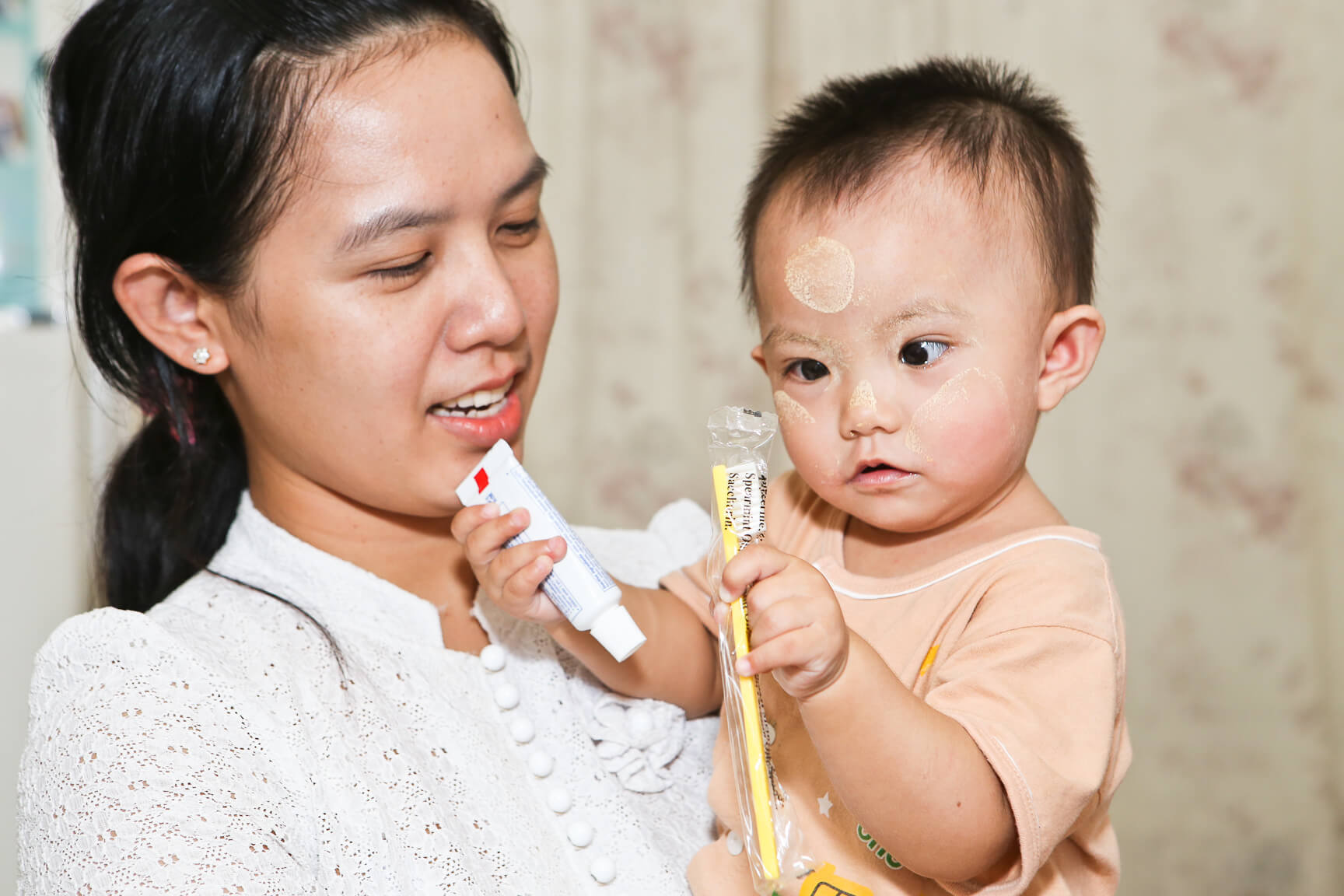 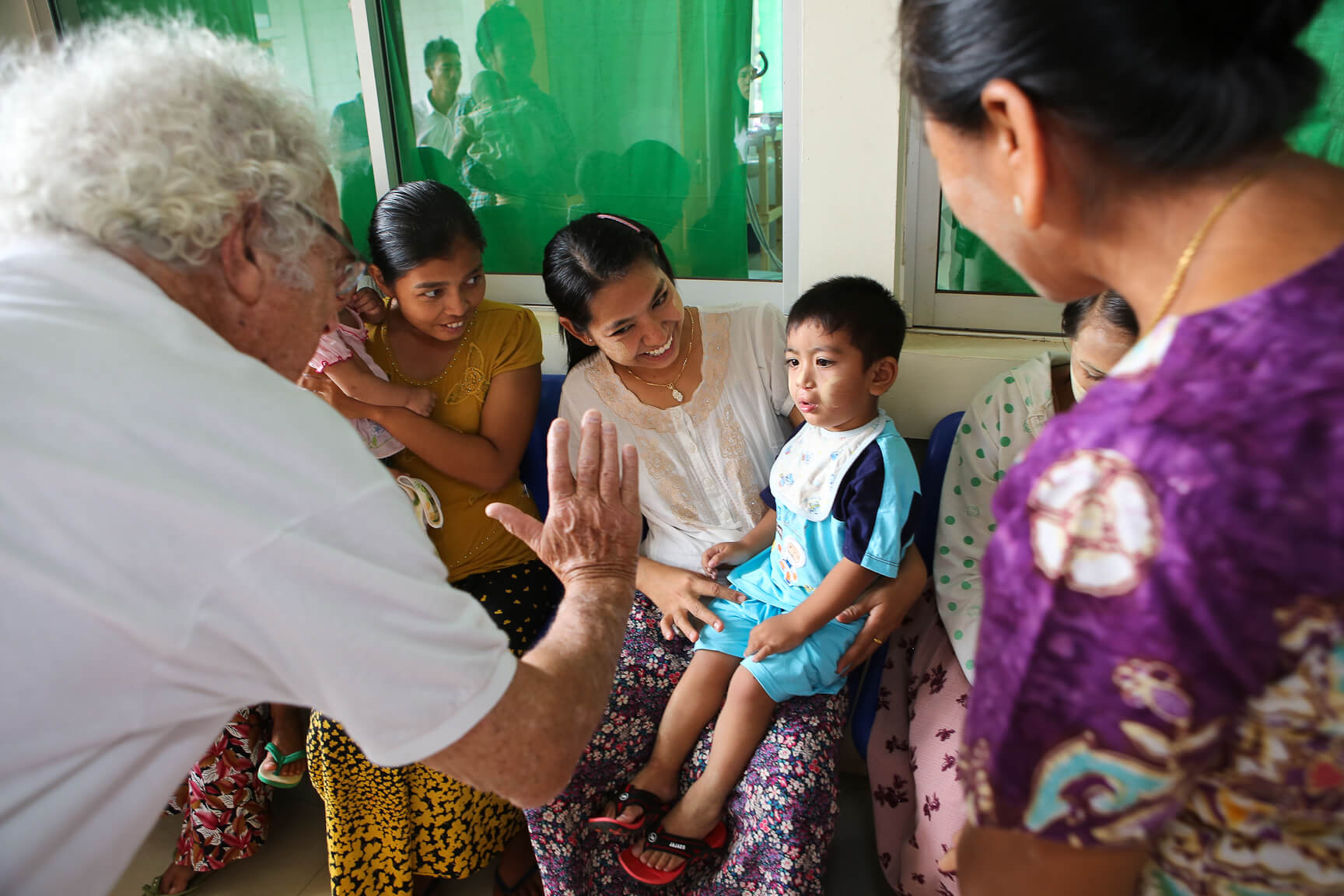 John Kaufmann, goes for a “high five” in the waiting room with a patient.

Surgeries began Thursday for our first seven patients including cleft lip, release of burn scar contractions and a biopsy. During the day we were visited by Dr. Myat Wunna Soe, Deputy Director General, Dep... Read More »

Forty-nine year old Htay U Myint suffered extensive leg burns leaving his right leg without a foot and with the knee in a bent position. He traveled 11 hours by train to come to the clinic and found out ab... Read More »