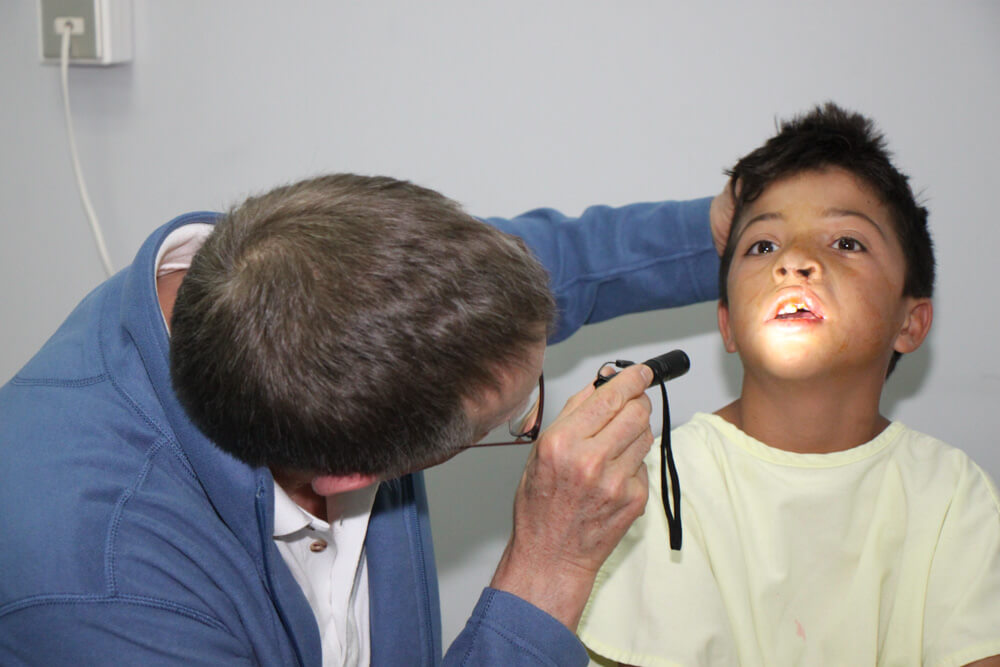 The second day of surgery begins with the team doctors checking on their patients in the post operation ward. All of yesterday’s patients are doing remarkably well and most of them are happily playing with toys. 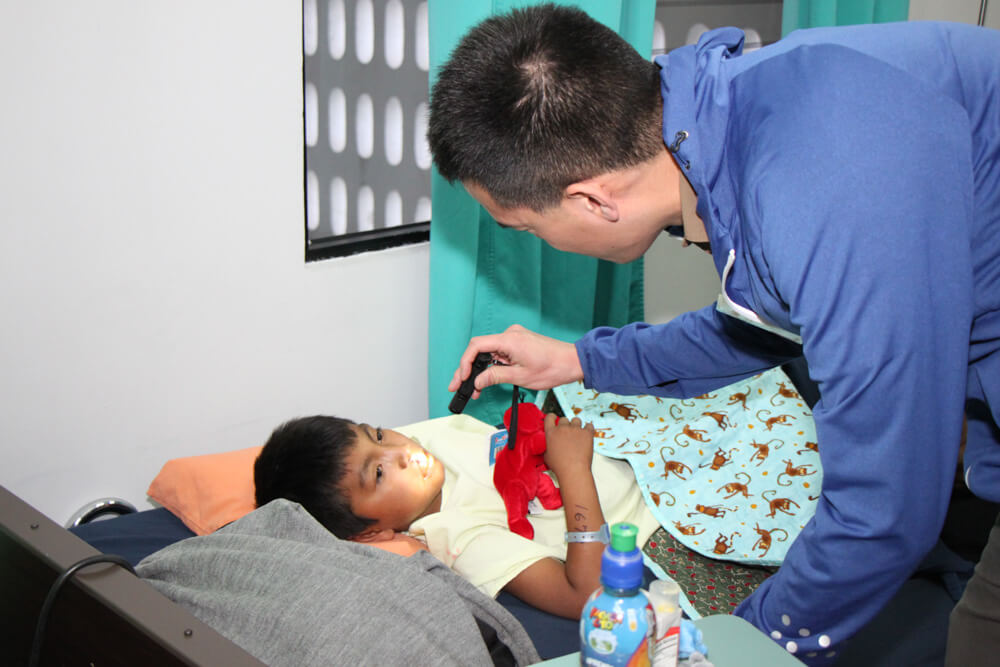 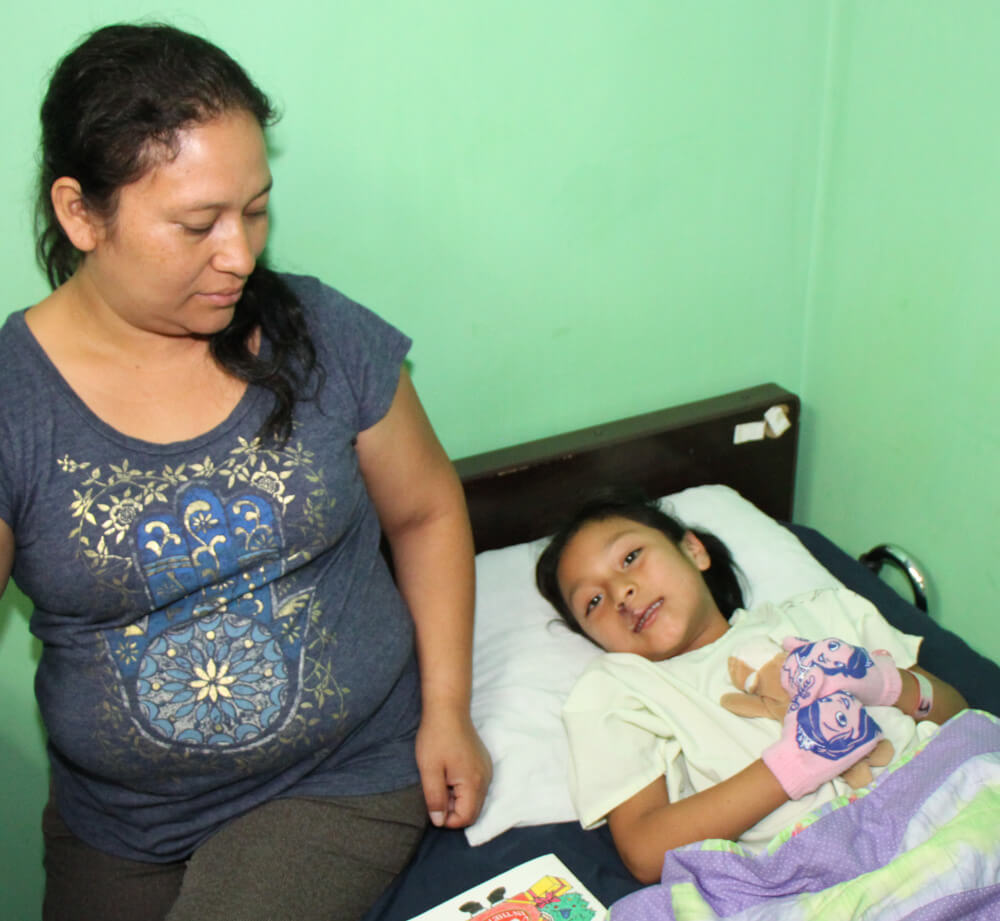 You may recognize Lucy from her pre-operation picture in yesterday’s blog entry. She has quickly recovered from surgery and is, once again, wearing her “princess gloves”. They were given to her by the Rotaplast team volunteers and have become a treasured possession. 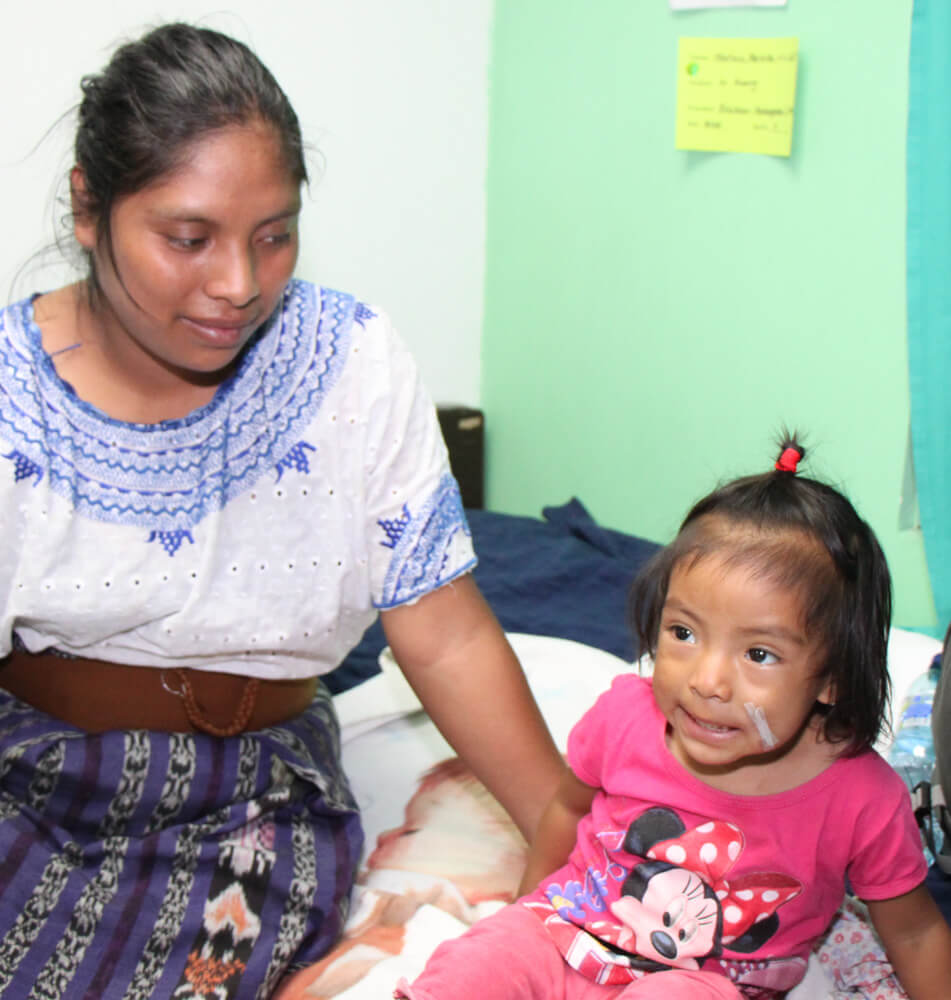 This mother is delighted that her daughter, who has rapidly recovered from yesterday’s surgery, is ready to be discharged. 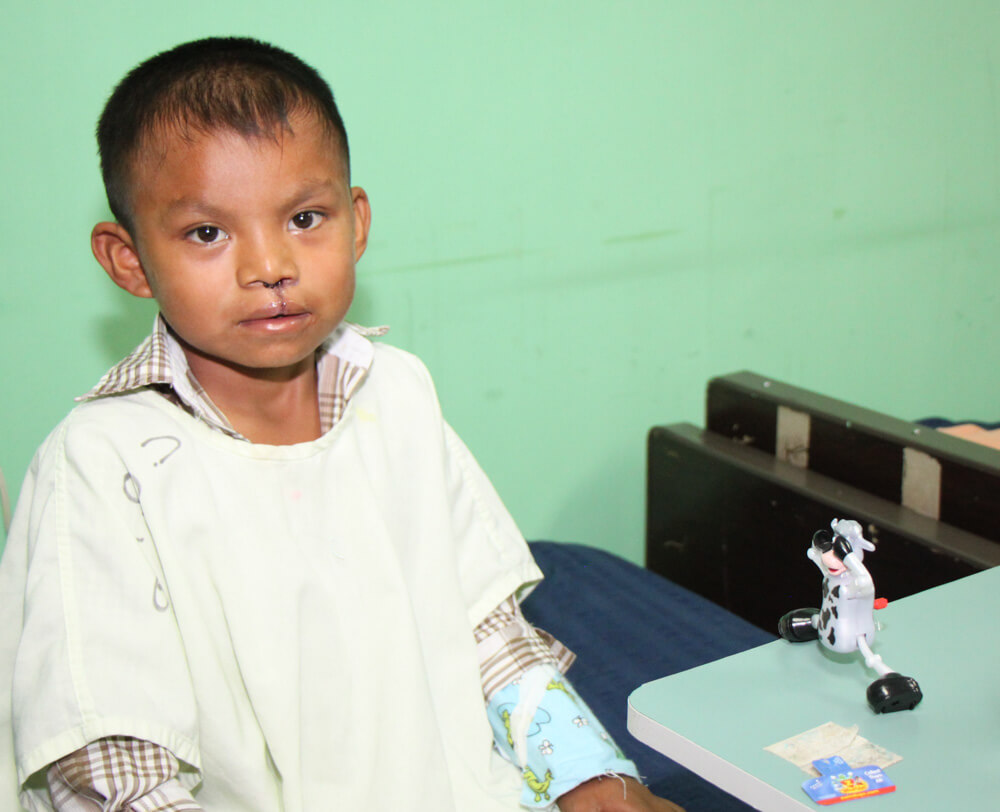 The wind-up toys provided by the mission were a huge hit with the children and helped to distract them from any lingering discomfort.

Meanwhile, in a nearby room, newly admitted patients wait for surgery. 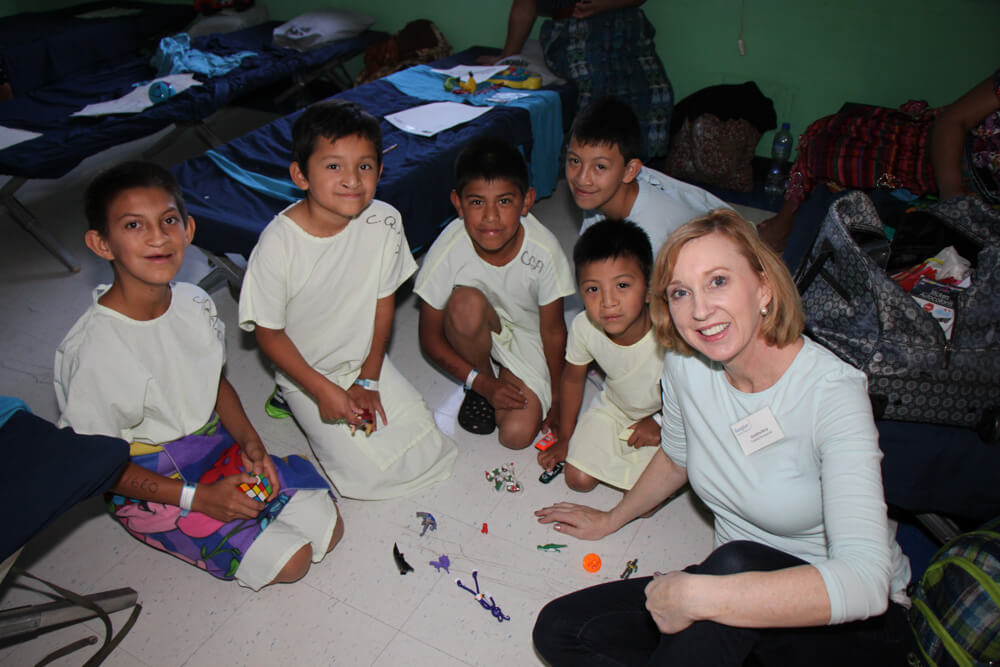 In the pre-operation ward the team’s Recreation Therapist, Geraldine Barry, was kept busy entertaining the children. 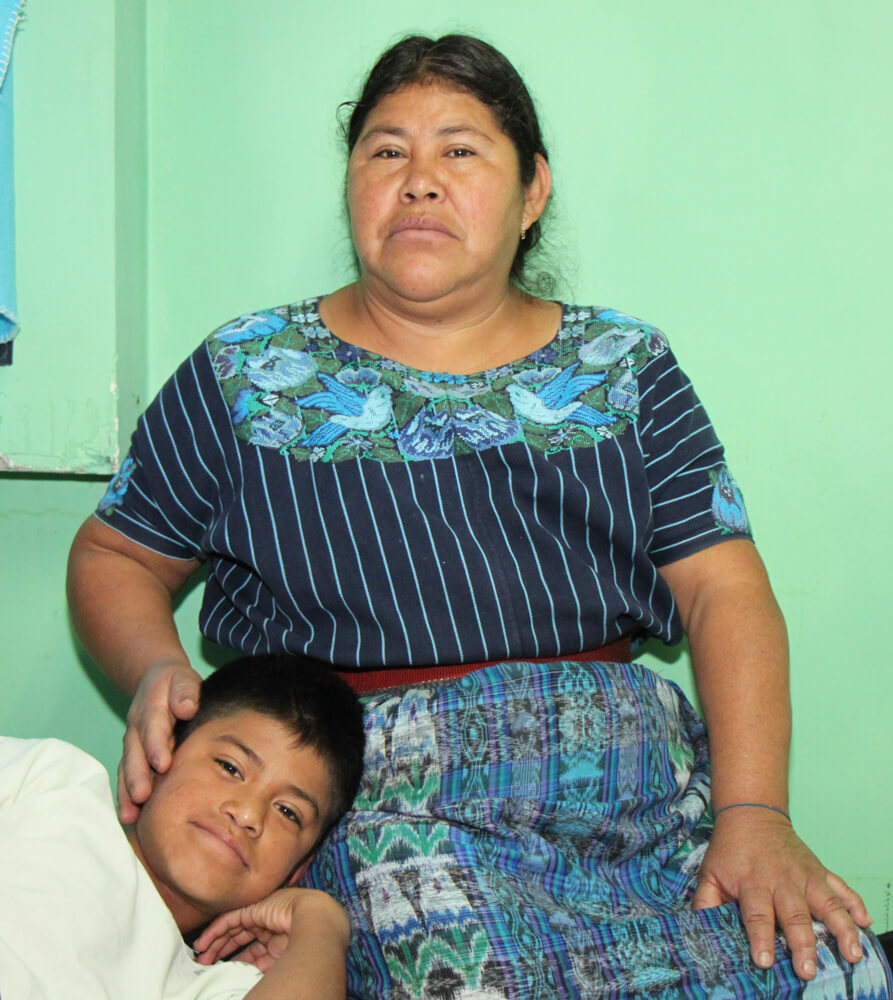 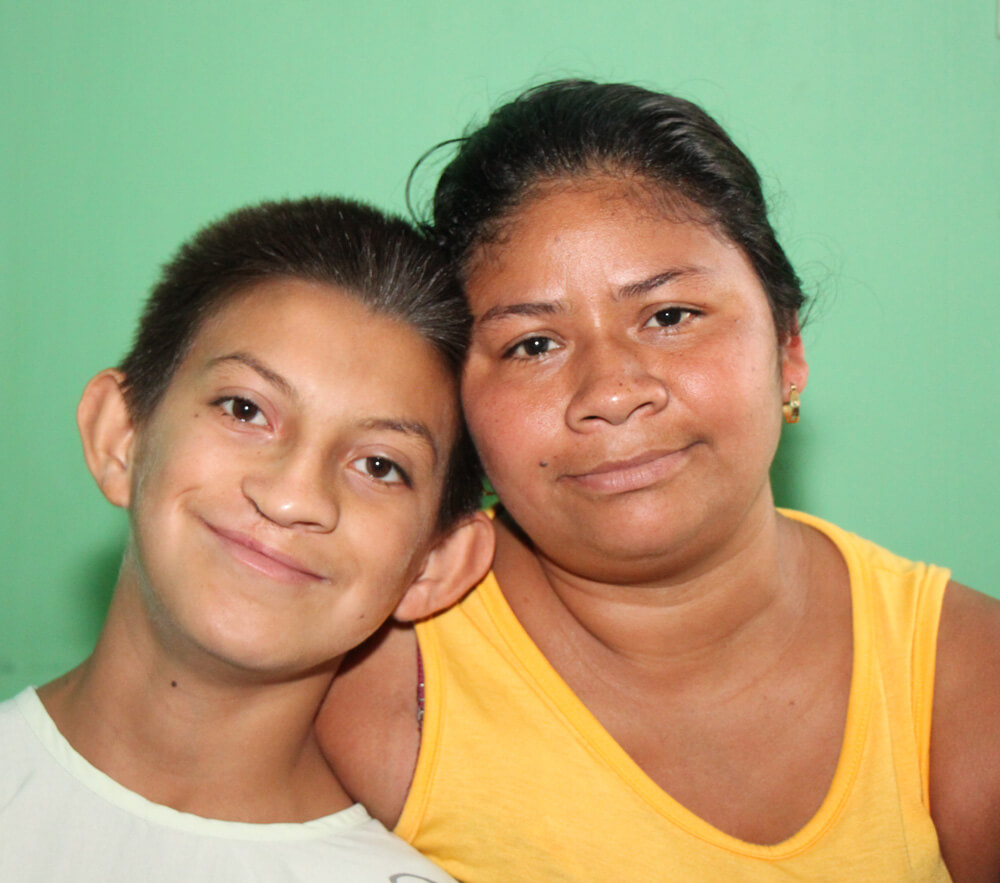 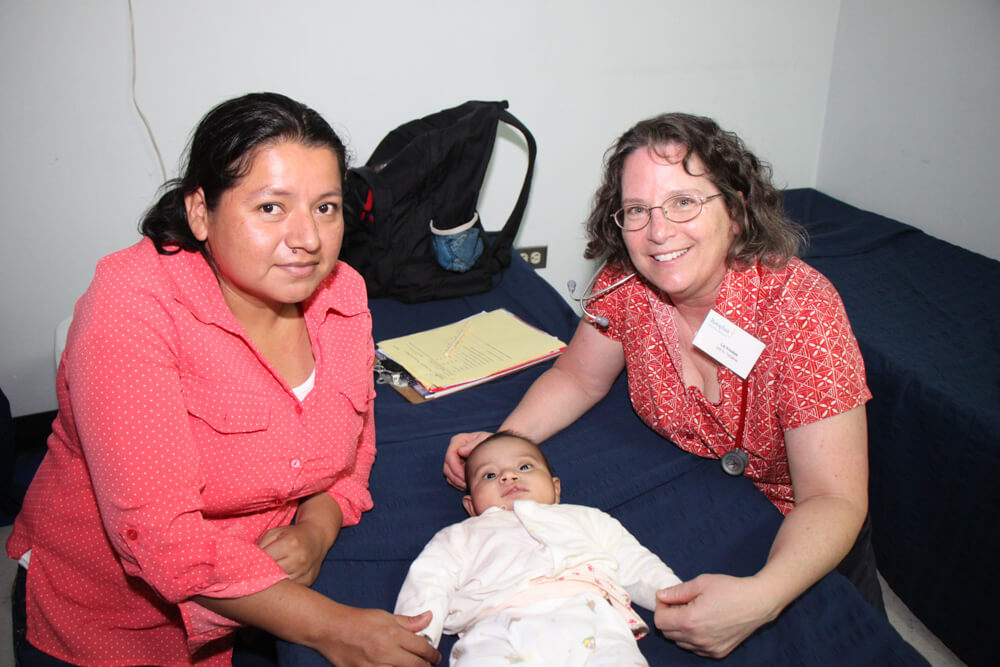 Lead Pediatrician Liz Hawkes checks over the status of a young pre-operation patient. 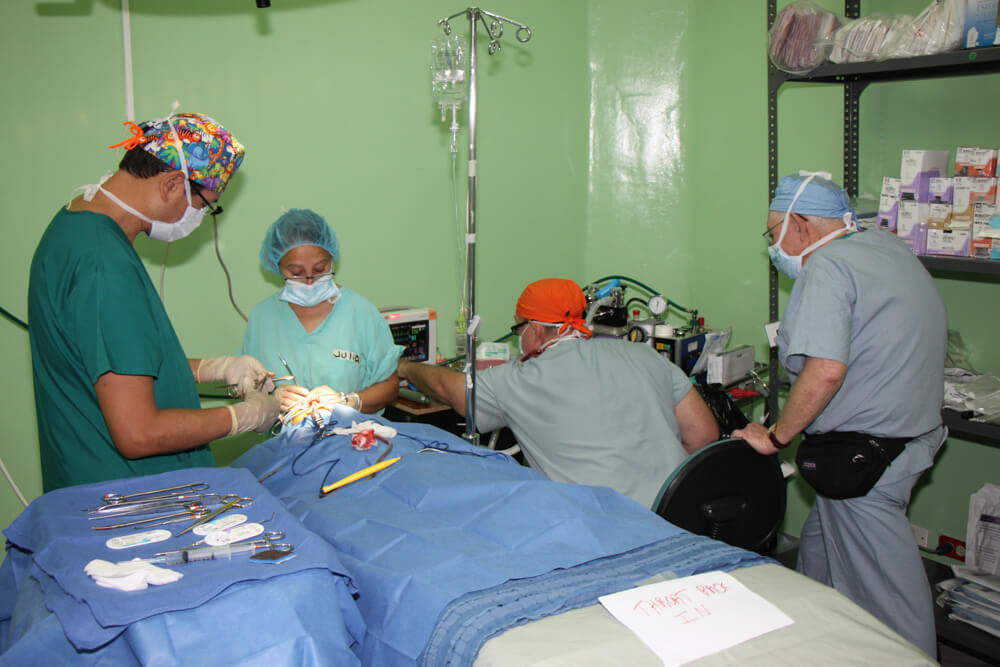 While this was happening in the wards, the surgeons in the operating rooms were busy performing 15 life changing operations. 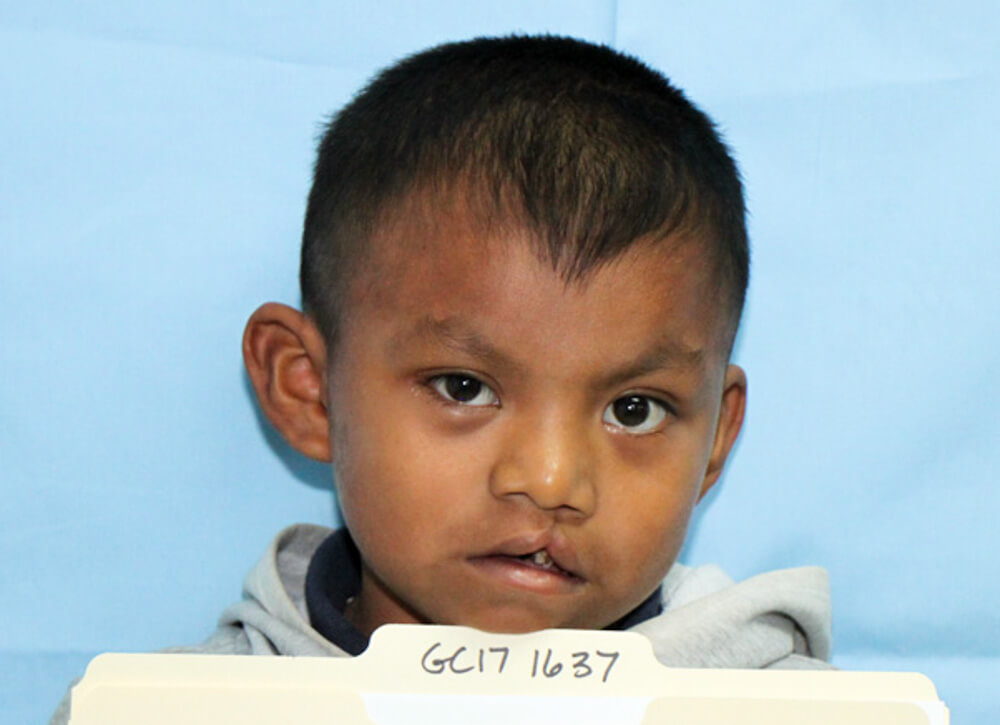 Kewin’s compelling story captured our attention and touched our hearts. He and his family live in a remote community in El Petén (the northernmost department of Guatemala). A doctor affiliated with Sagrada Tierra, a non-profit that does community development work in the region, met Kewin. She noticed, that while he had previously had lip surgery, he still had significant problems. When she learned that Rotaplast was planning a mission to Guatemala sponsored by the Rotary Club of Guatemala City, she contacted the club and emailed them a photo of Kewin advocating for him. The Sagrada Tierra foundation covered the cost of transportation for Kewin and his father and arranged for them to stay in a local hostel run by nuns.

Kewin and his father began their grueling 13-hour bus trip from their mountain home at 3:00 AM the day before surgery. They were among the very first to get in line for the pre-clinic evaluation.

Kewin only speaks Q’eqechi, a local dialect of his region, and his father speaks only a limited amount of Spanish. Despite the language barrier, the team was able to communicate with them and made them feel warmly supported. 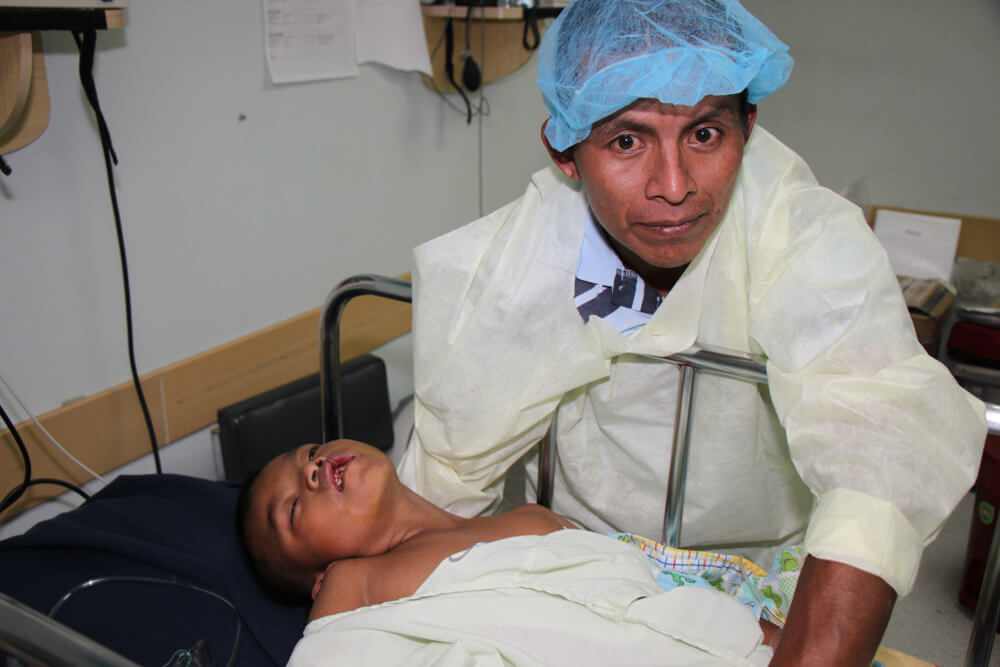 Kewin is tenderly watched over by his father in the PACU shortly after coming out of surgery. 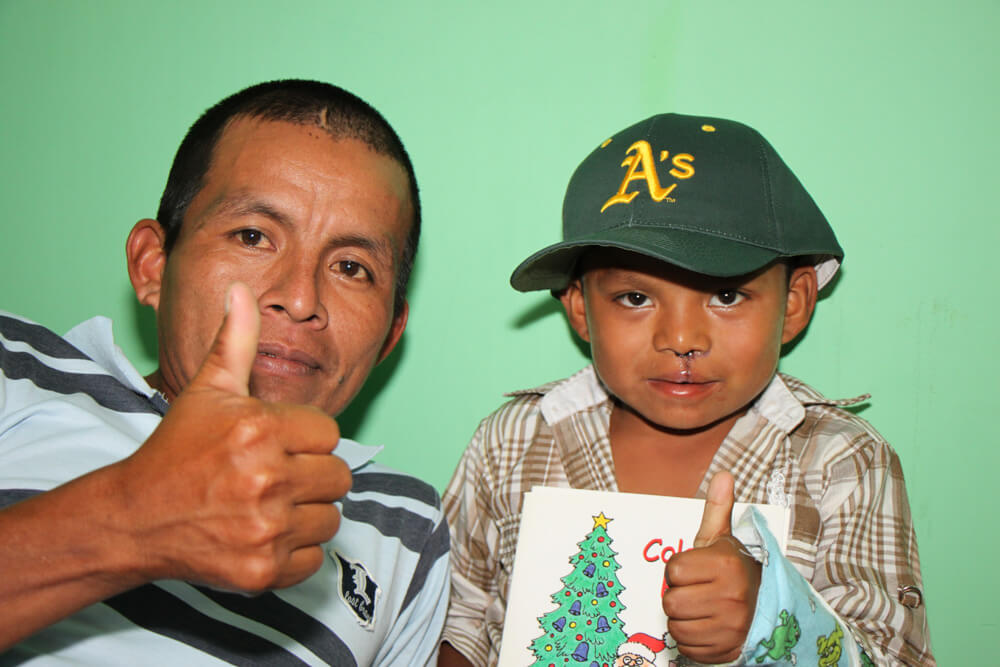 The next morning in the post operation ward Kewin wears his new A’s hat. He and his father give the Rotaplast team a big thumbs up and are ready to go home looking forward to a brighter future.

Altogether, it was another remarkably successful and rewarding day for both the team and our patients.

We have every reason to believe that tomorrow’s surgery will be just as successful.