Dr. Brad Coots, from Sioux Falls, SD, performs the first surgery-a cleft lip repair. Dr. Coots takes time from his surgical practice and his wife and two children to volunteer for one mission each year (a two week time commitment). 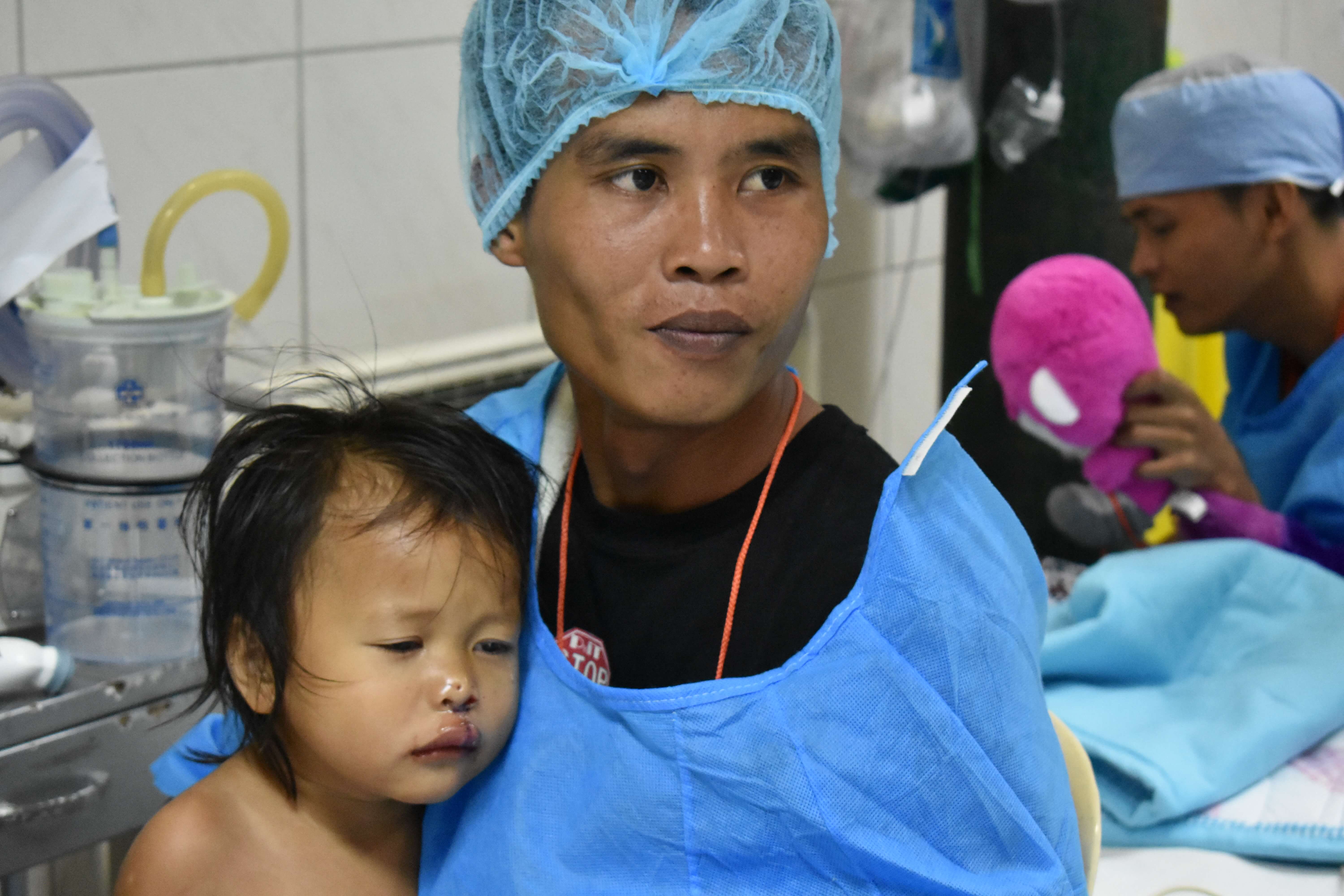 Three year old Kent is now recovering in the PACU with his father and his new lip!

Each patient receives a hand made quilt. Quilt makers from all over the United States ship their beautiful creations to the Rotaplast warehouse in San Francisco. Then they go with the teams to each mission location for distribution. This quilt was made by the Diablo Valley Quilters in the San Francisco East Bay. 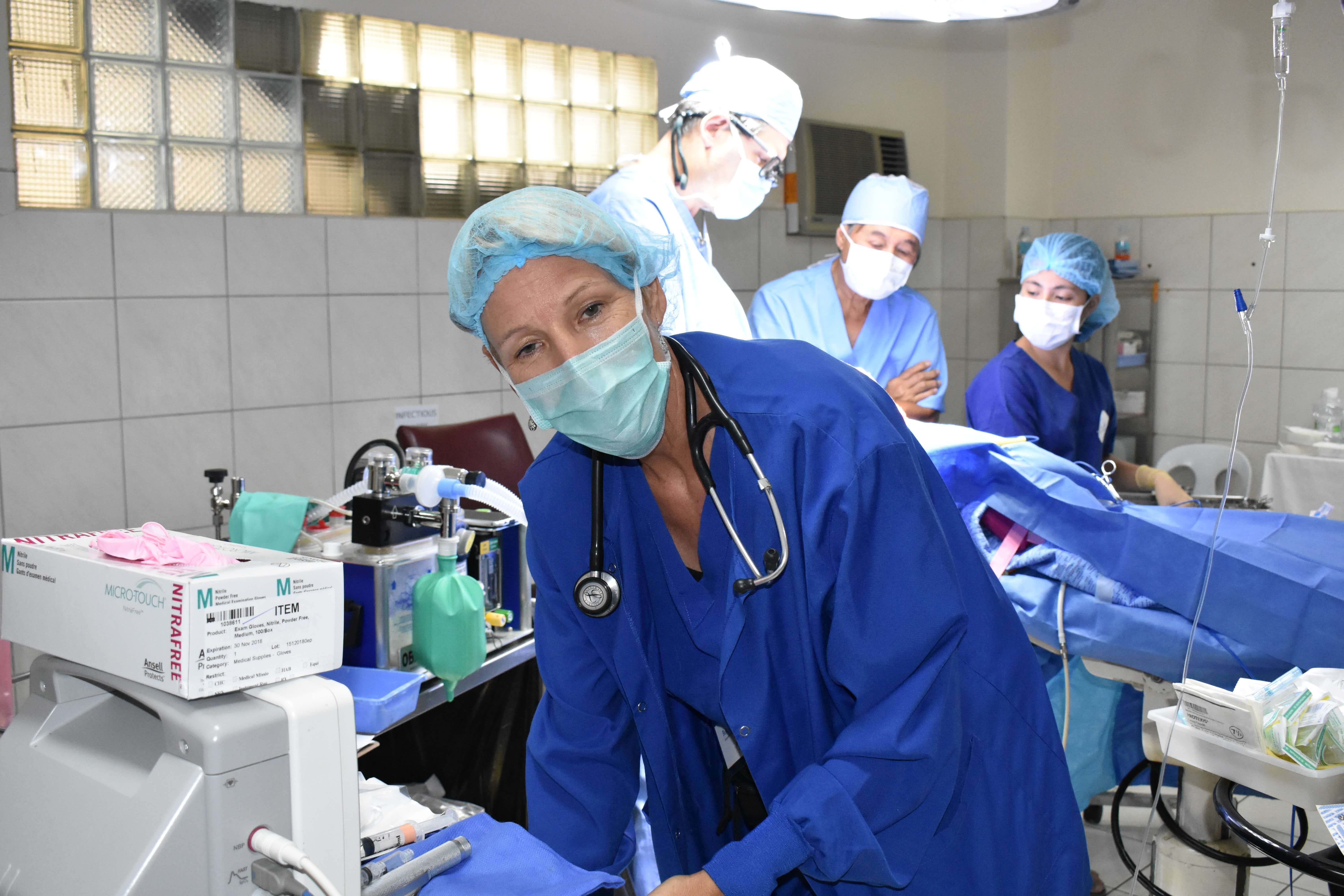 Our Cebu mission this year in using three operating rooms, so three surgeries are being done at the same time. Each room consists of a Surgeon, an Anesthesiologist (in this case, Dr. Jenny Parker, who practices in San Diego and is a Rotary member there), a circulating nurse, and a ‘scrub’ nurse (that term is used because she or he operates in the sterile area handing instruments to the surgeon, and as so, scrubs hands and wears sterile gloves like the surgeon). 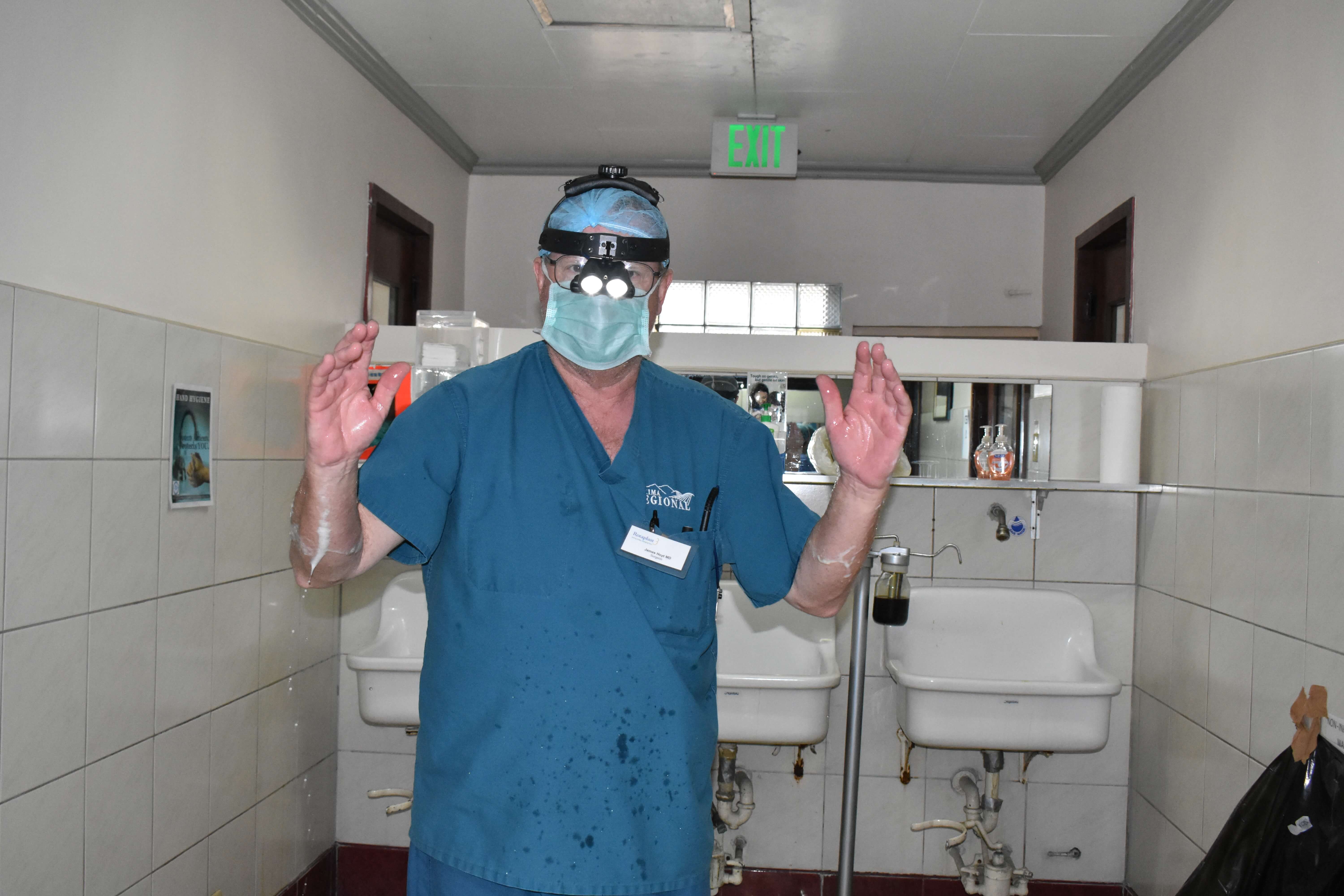 Surgeon, Dr. Jim Hoyt, from Modesto, CA has scrubbed his hands and arms and is now ready to have a nurse put sterile gloves on him before he enters the sterile field area of the operating room. 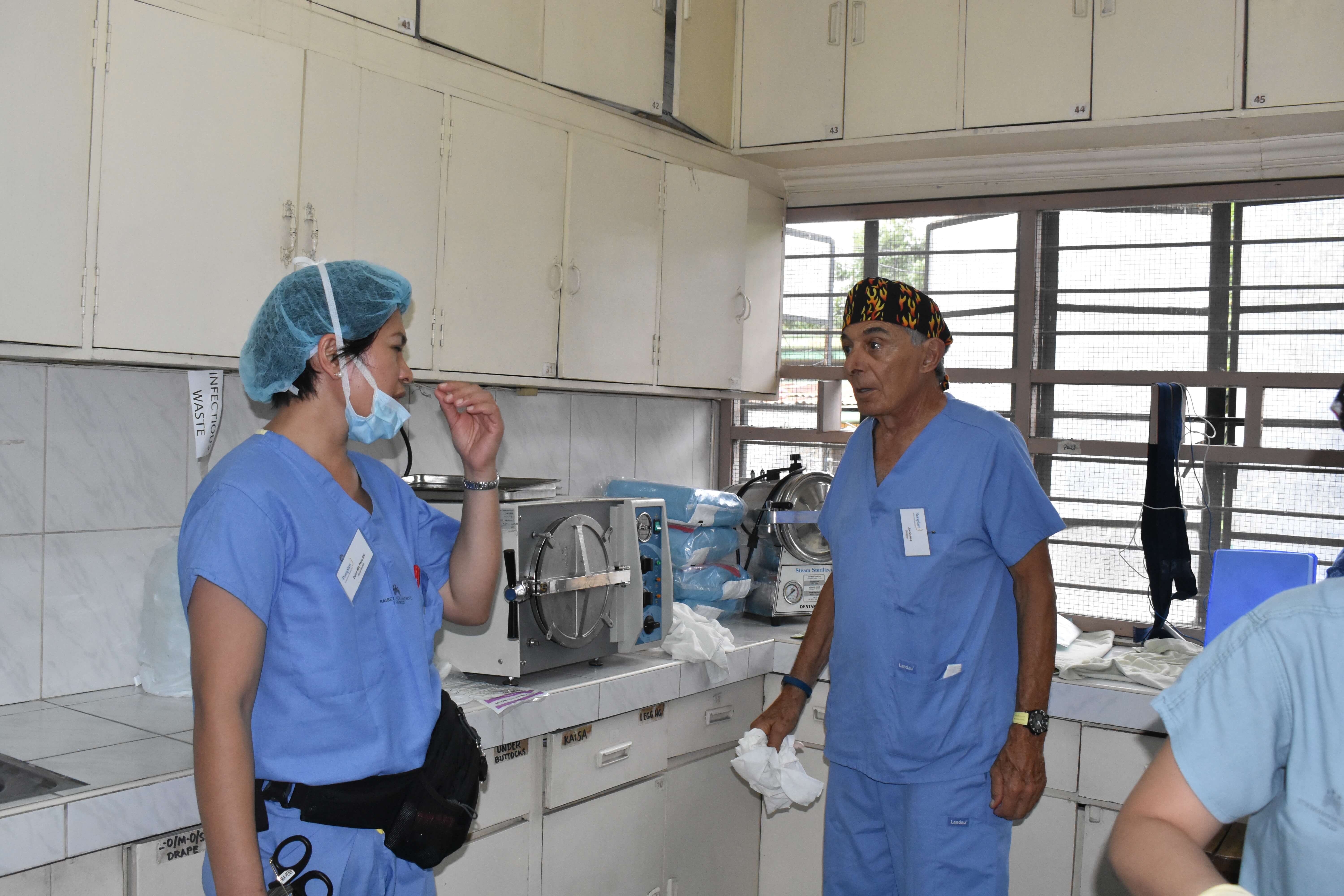 Joe Grasso, our instrument sterilizer, talks with Mia Pena, our head nurse. Joe has been on several Rotaplast missions and knows his job well! He will sterile the instruments from today’s last surgery so they will be ready to be used early tomorrow morning.

A great first surgery day! The lives of 16 patients as well as their families have been changed today. 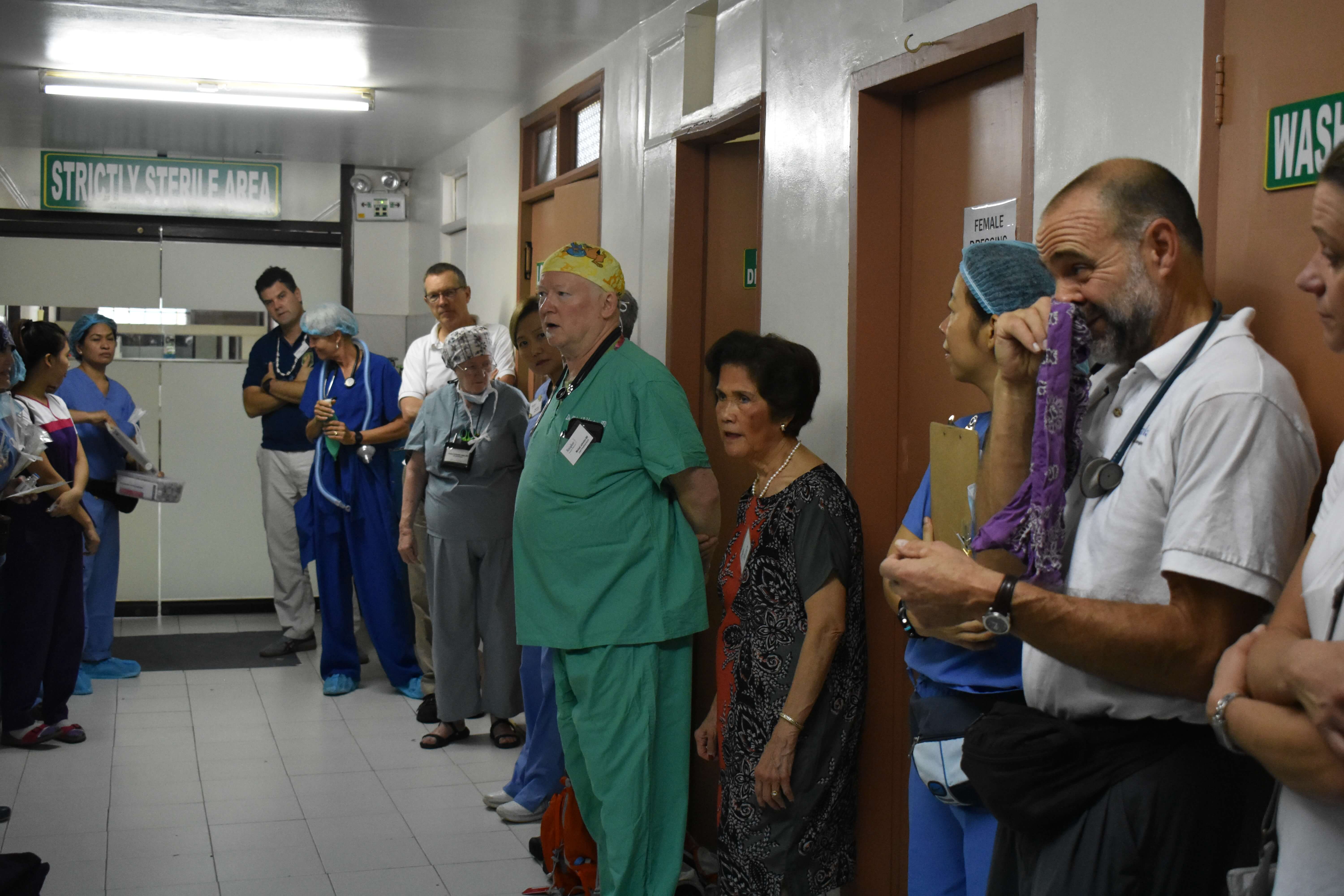 Our first surgery day-Rotaplast Cebu 2017. Before the start of surgery on the first day of all missions we begin with a safety talk by the Chief Anesthesiogist (on this mission it is Dr. Michael Johnson). Dr. Johnston has been on several Rotaplast missions to Cebu and other locations. He has traveled all the way from the Hawaiian Islands. 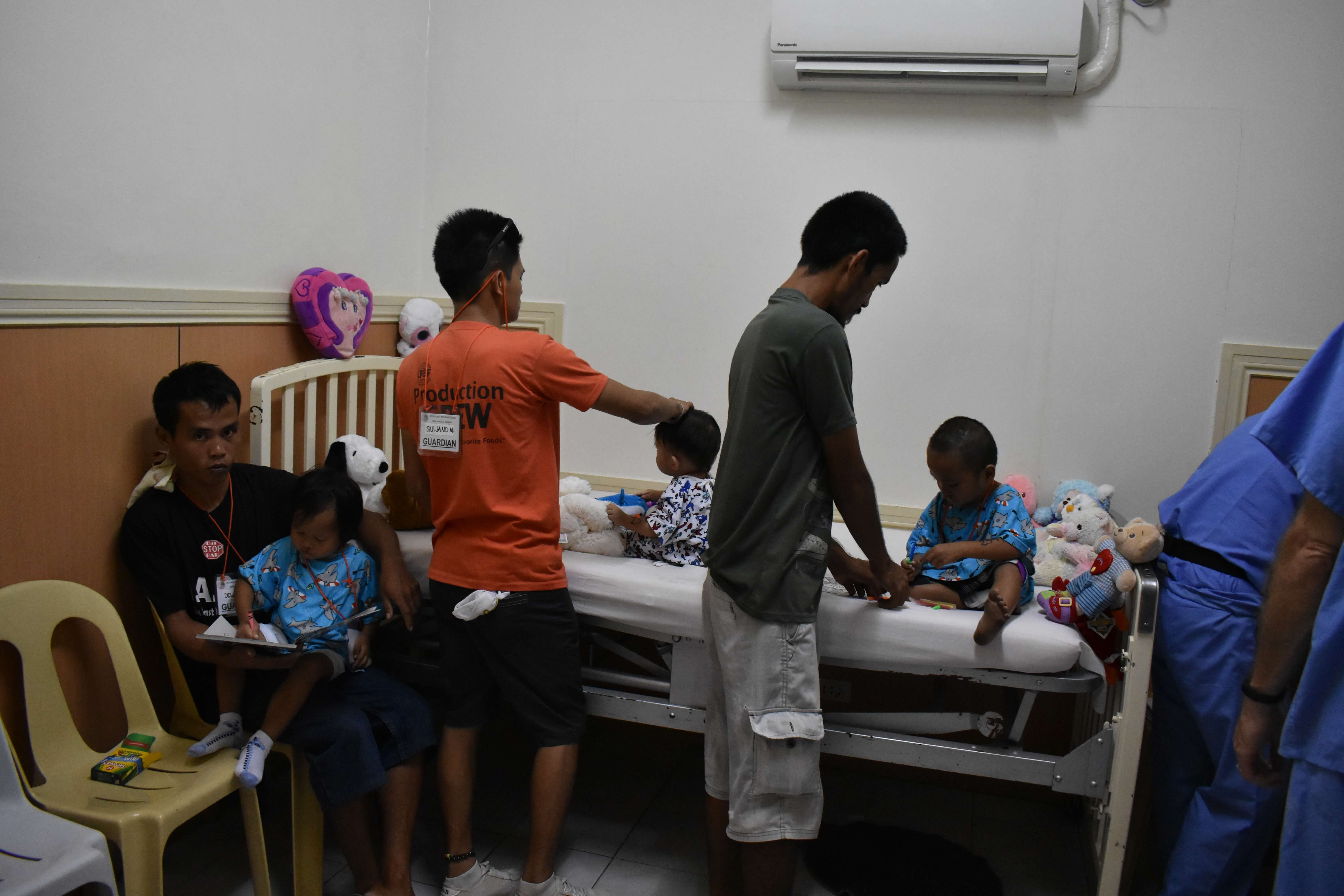 The first three patients for the day have been re-examined and are now waiting for their life changing operation.