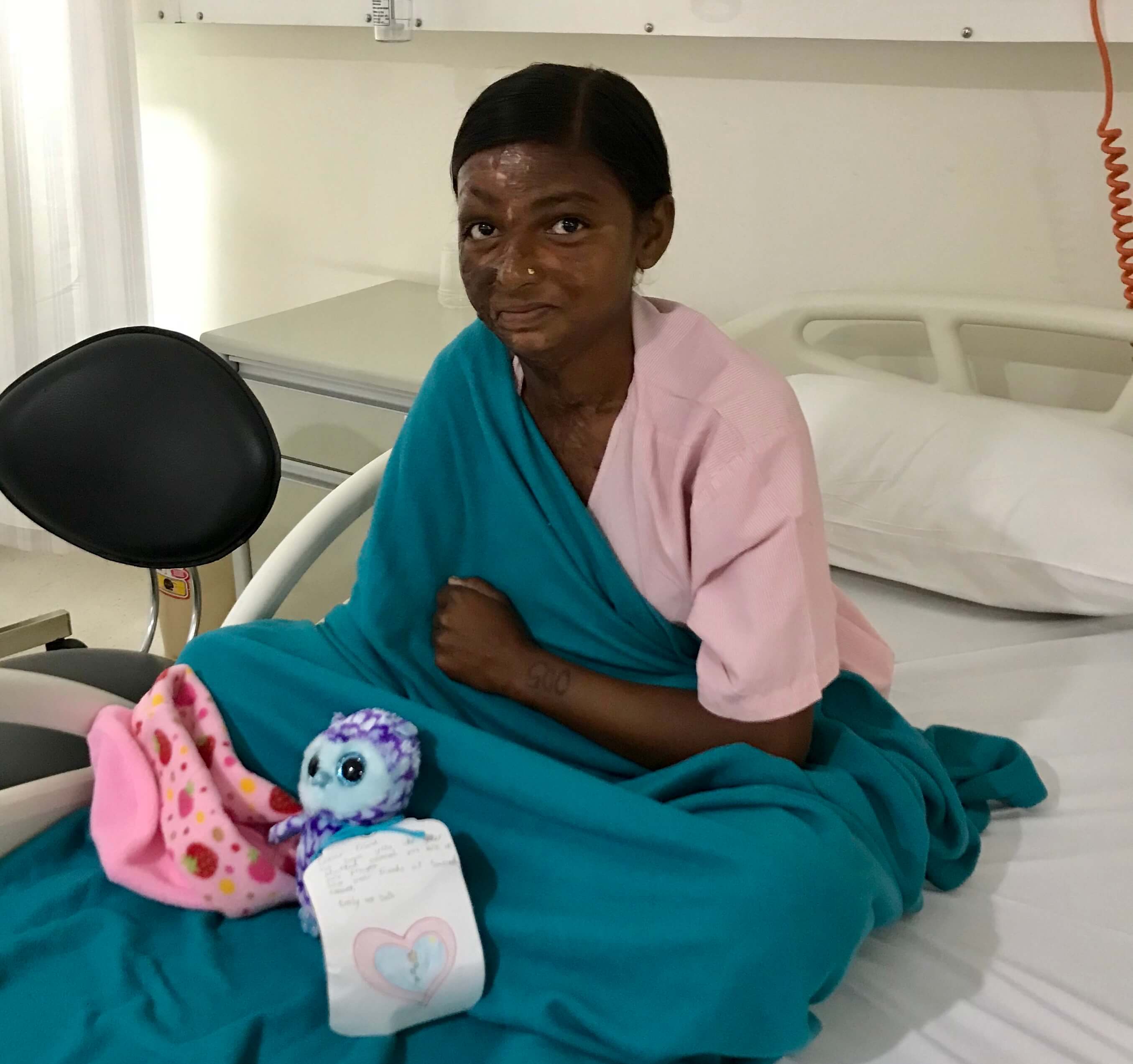 Leela has been on more Rotaplast missions than some of our volunteers, only she has been our patient, twice in Faridabad in 2015 and 2016, and this year in Agra.  The above photo was taken last week. 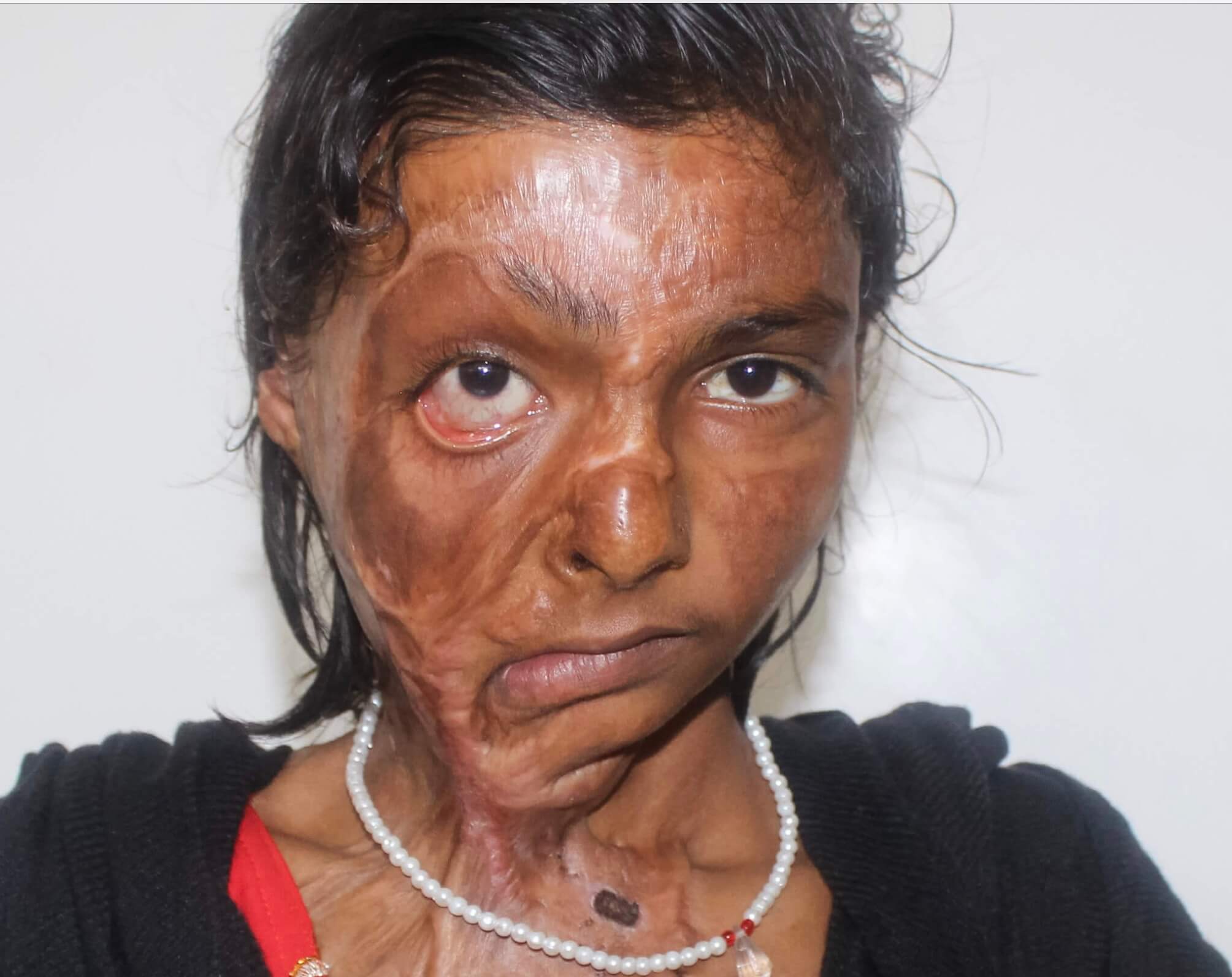 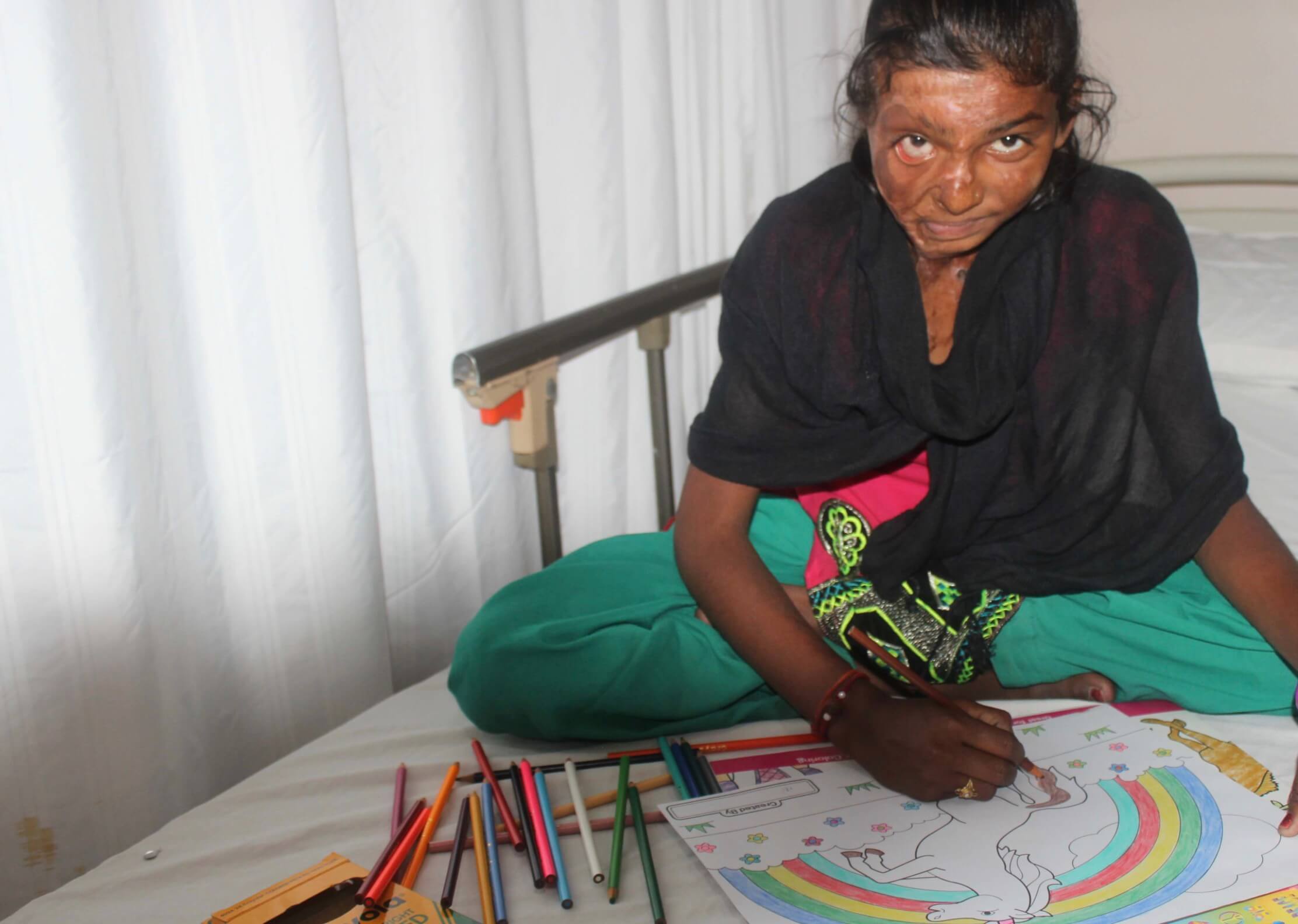 These two photos are of Leela before her first surgery.  Here is her story taken from the Rotaplast blog in 2015: 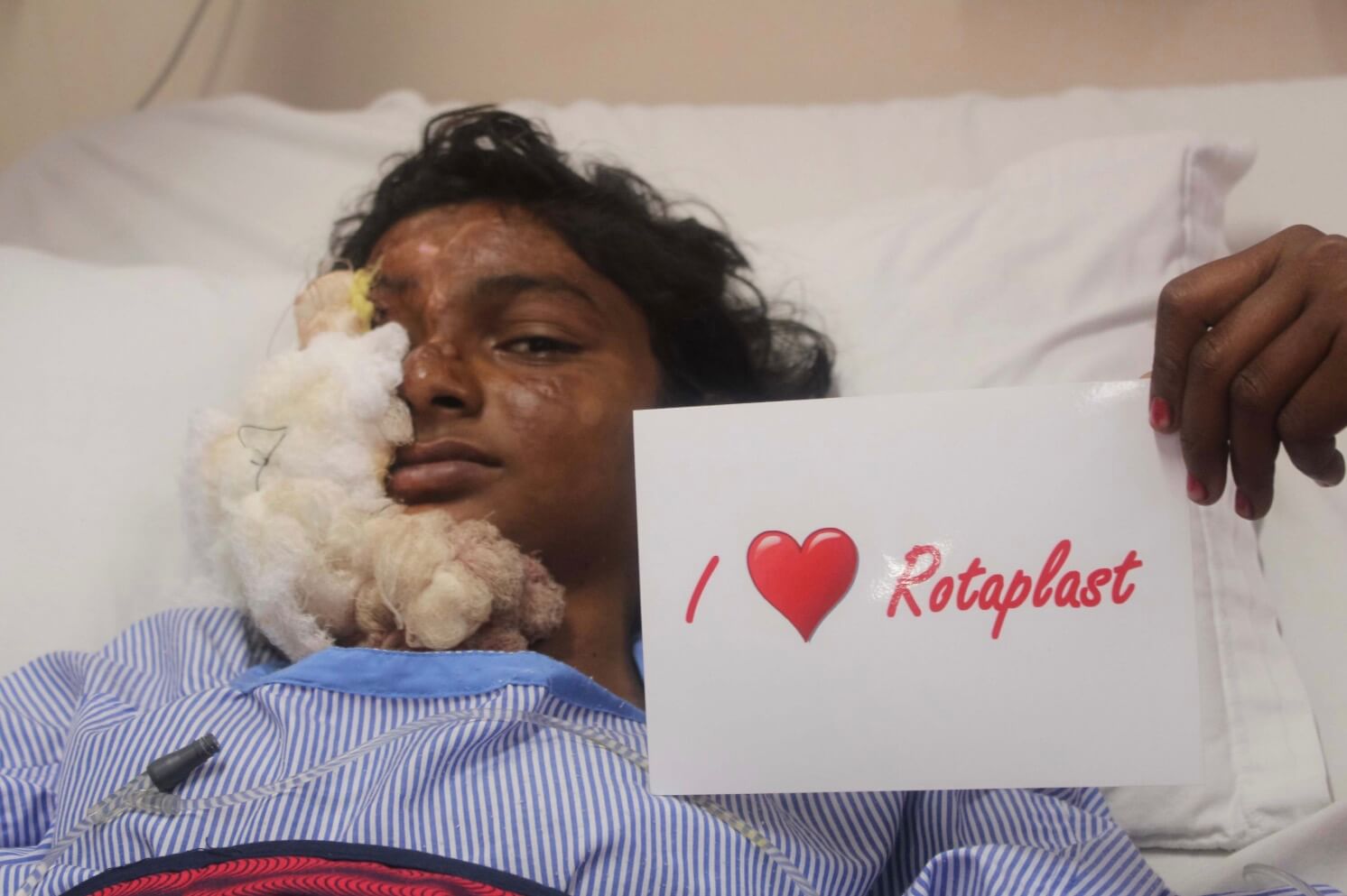 Leela after that first surgery, which released some of the burn scars on the right side of her face, neck and chest requiring two skin grafts from stomach and thigh, major surgeries themselves, during a four hour surgery.  These surgeries are very painful, but Leela was a trooper.  Her grafts healed well with extensive follow up.  She meant every word on that sign. 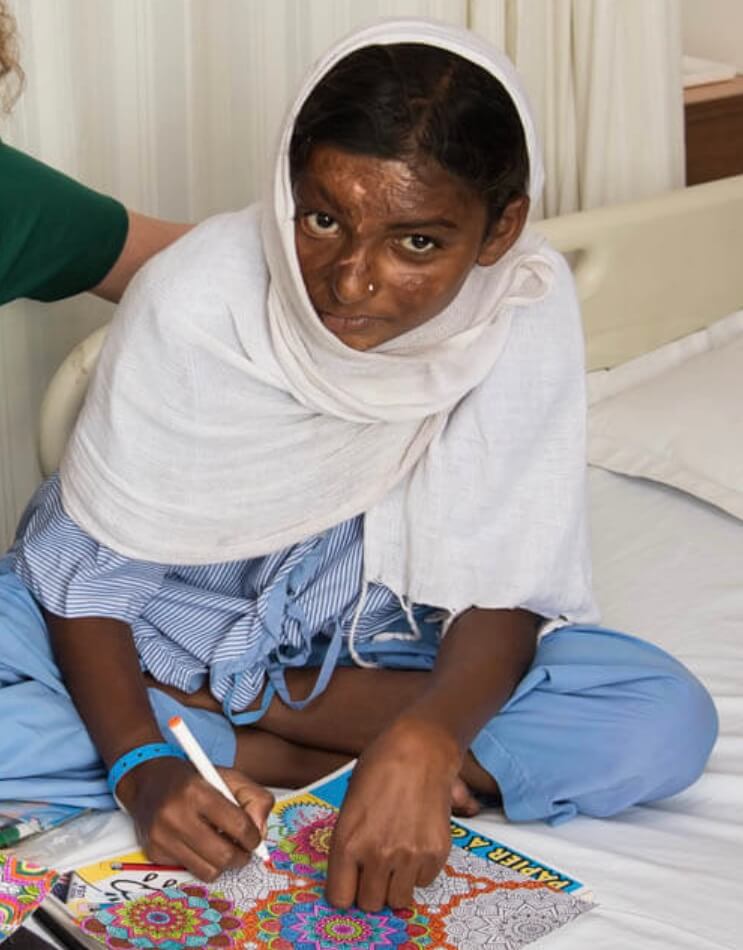 As a result, when Leela returned last year, she could smile.  Her second surgery would release the scars around her right eye. 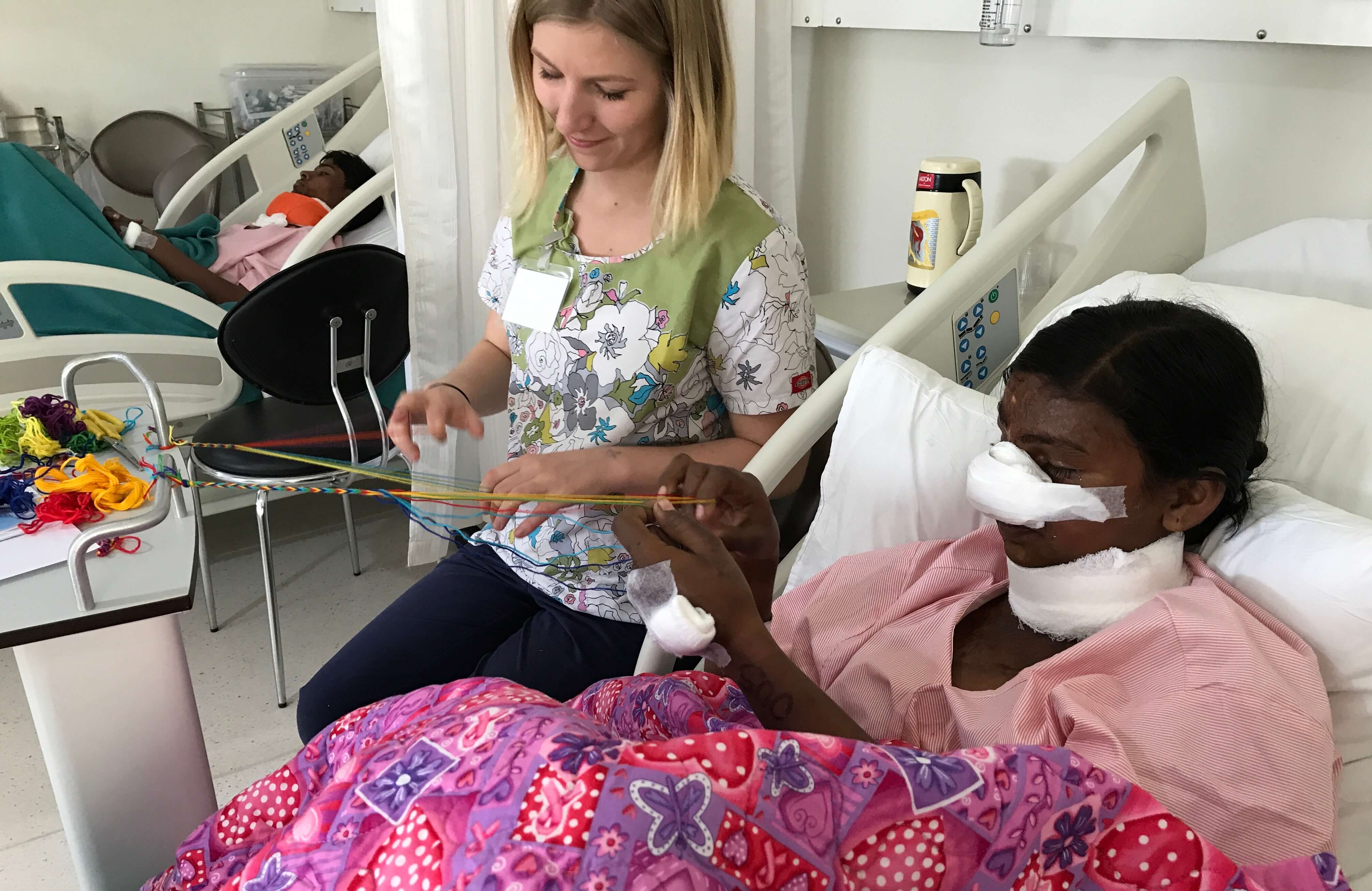 Since her surgery, Leela (who loves pink!) has been very busy on the ward with Chelsa and Sophie, doing art projects, puzzles and whipping out quite a few fingerwoven bracelets as gifts for the other patients.  Here, she and Chelsa are weaving bracelets. 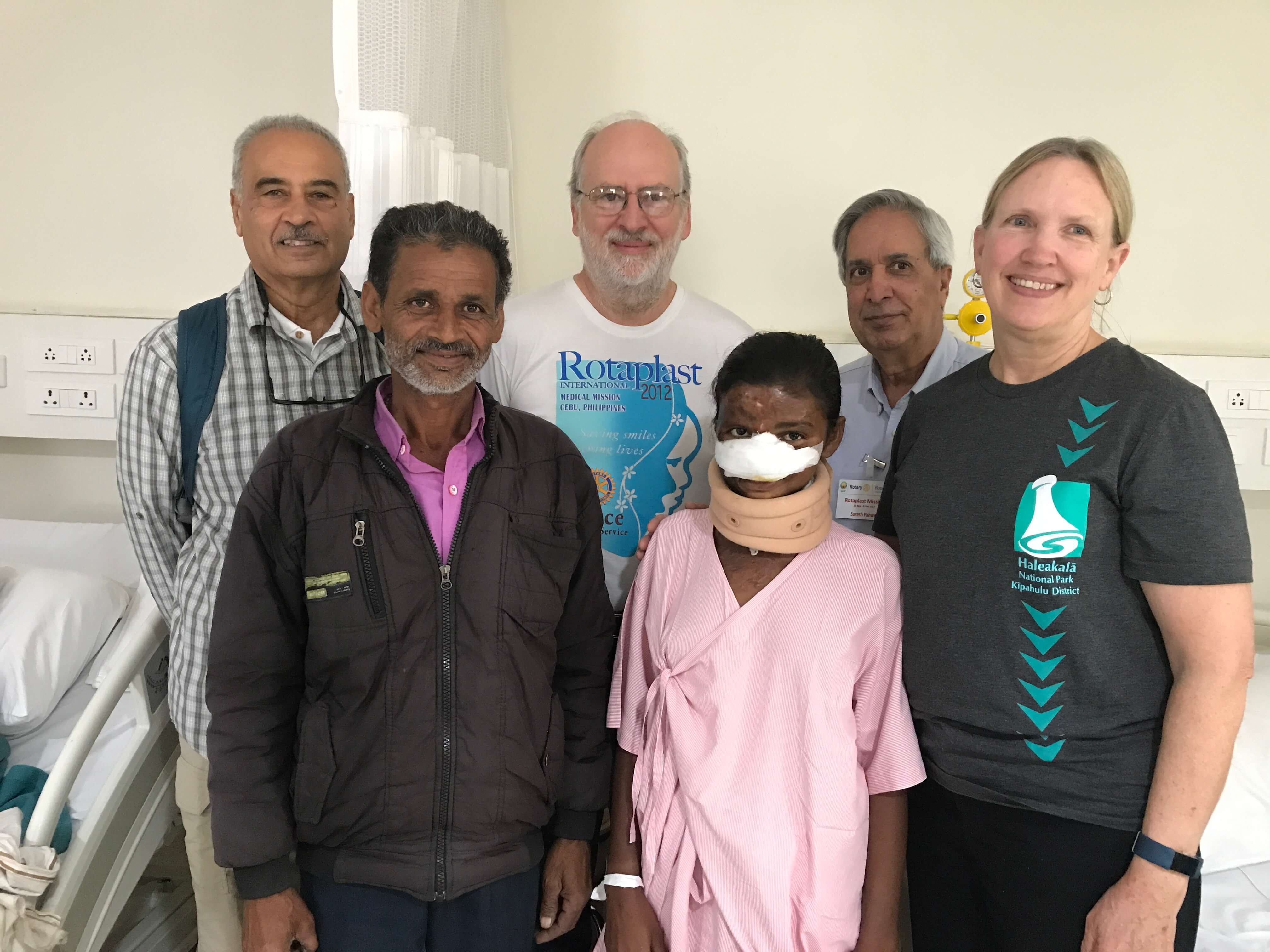 Leela and her dad are shown here with four members of our current team who were in Faridabad for Leela’s first surgery two years ago:  Devi Tantri (Surgeon), who did all three of Leela’s surgeries, Neal Fleming (Lead Anesthesiologist), Suresh Pahwa (Medical Records) and myself.  Other members from our original team were happy to hear how well Leela is doing, and hope to write letters to her.

Leela has not been to school since her accident.  The Rotaplast missions have been scheduled during exam time, and exams can’t be missed.  A very bright young woman, she does plan to return to school next semester.

Leela’s life has been dramatically changed.  She and her dad are so grateful to have found Rotaplast that she quickly agreed to let her story be told, pictures and all.  We are delighted to have had her with us on this mission and wish our beloved Leela all the very best.

The below photo is before this year’s surgery to Leela’s eye and nose.  With most patients, we are with them that one time and don’t see the result of their surgery, but we have been fortunate to see the changes from Leela’s first two surgeries.  We may never see the after photo from this surgery.  It was very difficult to say goodbye, but Leela will be forever in our hearts. 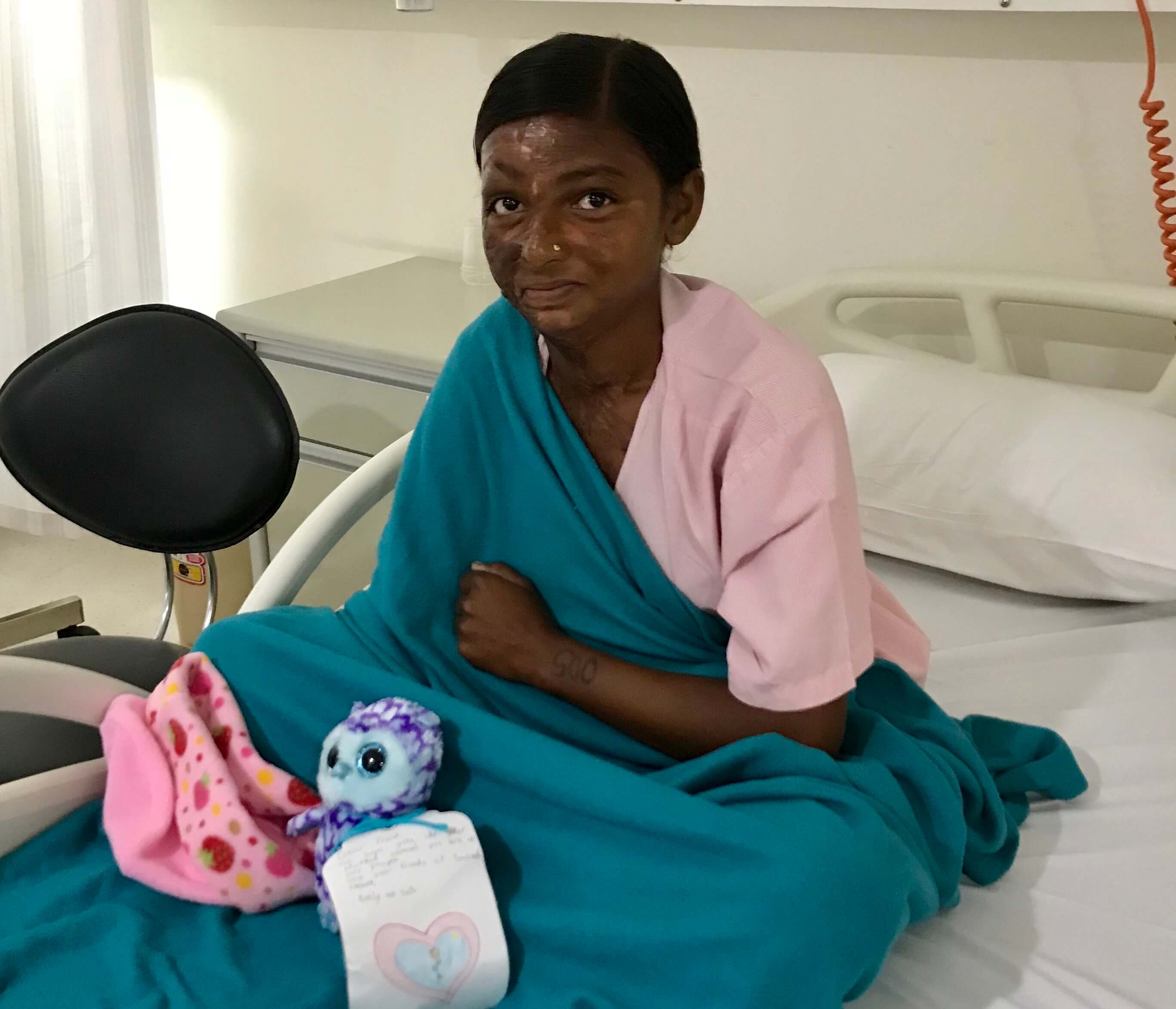 Namaste — A Sanskrit greeting used everyday in India, an ancient Hindustani word open to interpretation One such meaning is:  I honor the place in you in which the entire Universe dwells, I honor th... Read More »