Day 7 – Land of Smiles of Tribulations 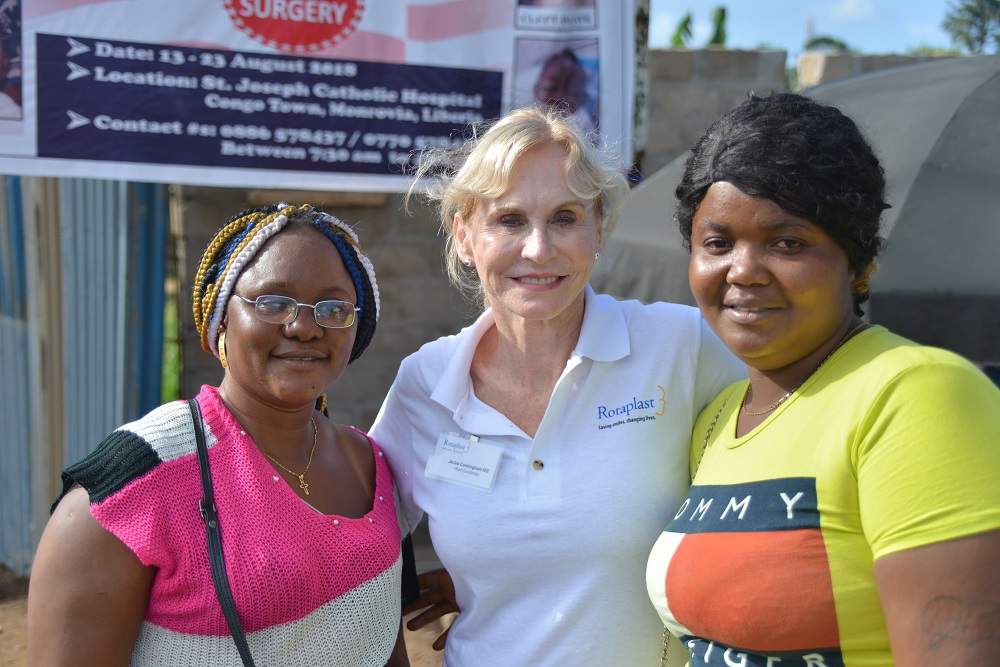 While the primary purpose of the mission is to perform surgeries and help patients it is also important to get to know the country and the people. Everyone on the team when asked “What have you liked most about Liberia?” have answered, the people, they are so friendly, patient, understanding and grateful for whatever we could do for them. The local Rotaract and hospital staff have been a fantastic support to the work we have done but also been a delight to work alongside. 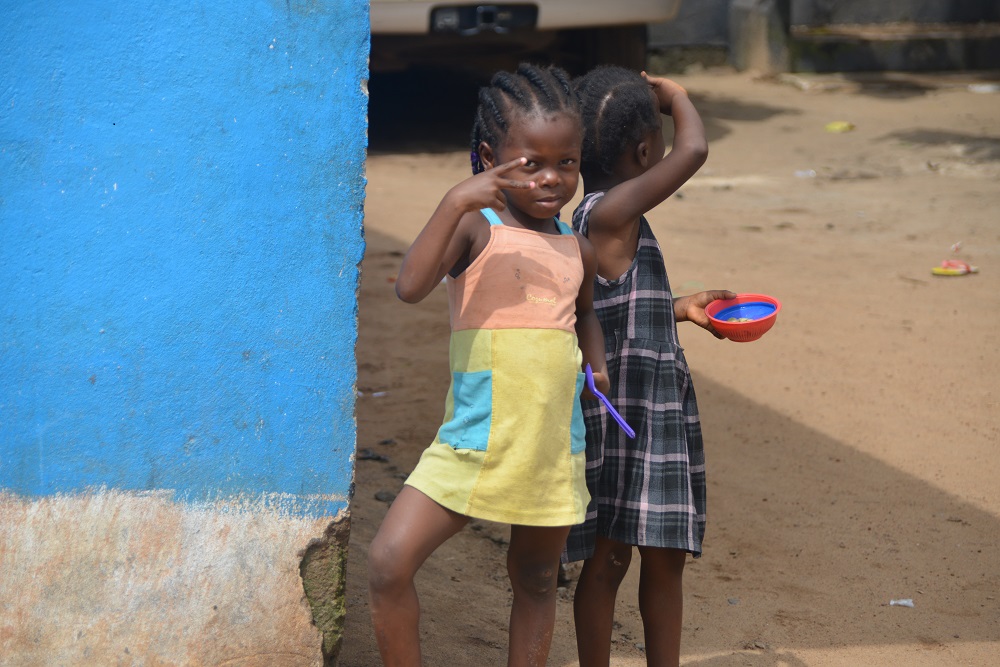 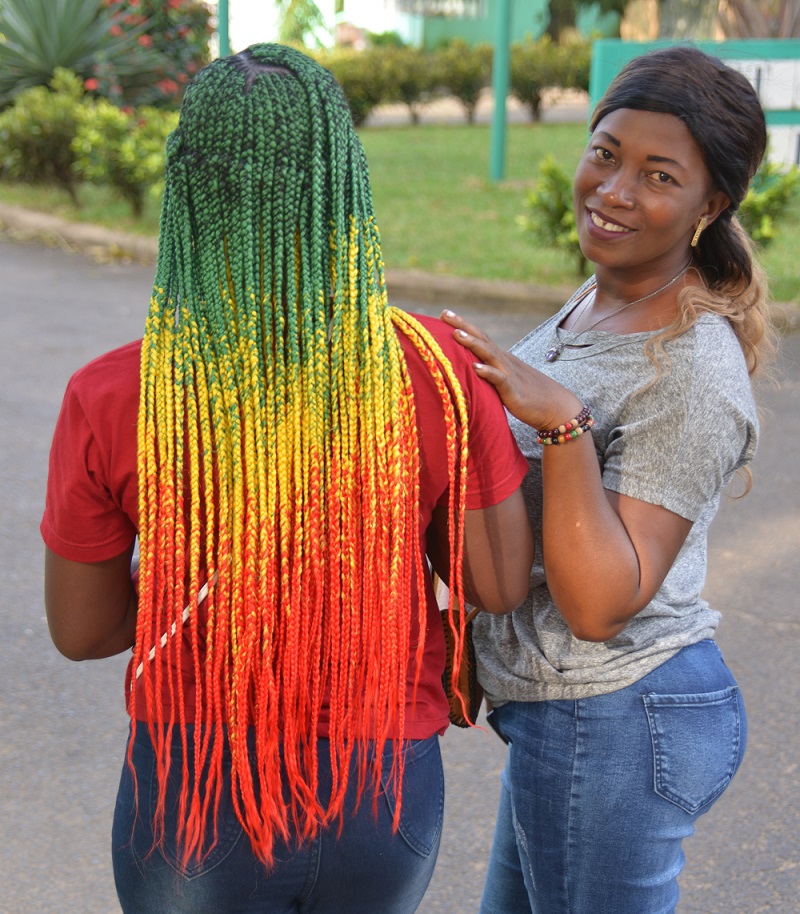 Monrovia is on the coast and has a spectacular coastline (see picture below) and talking to the Rotaract members there are many beautiful sights to see, such as the jungle, waterfalls, and mountains, but alas we did not have time to visit these on this trip. However, we did get an opportunity to see some of the sights of Monrovia. 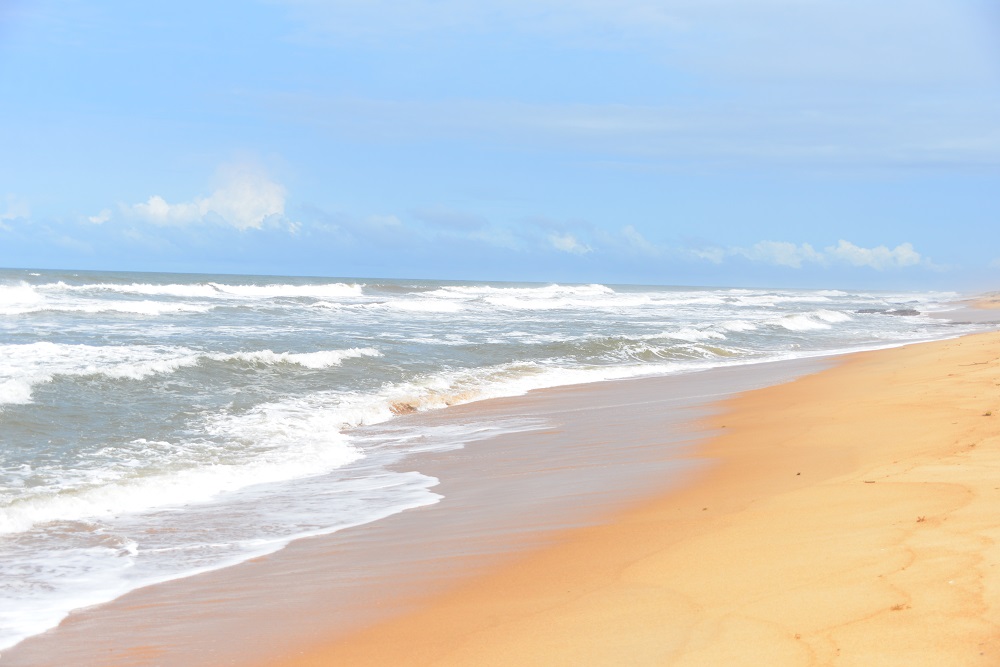 There have been two significant events that have impacted the lives of all Liberians and the fact that Liberians have lived through these and are so cheerful and positive is a tribute to their character and spirit. The first event was the Liberian civil wars and the second was the Ebola outbreak.

The first Liberian civil war was from 1989 to 1997 and led to the deaths of more than 250,000 people. The Economic Community of West African States (ECOWAS) and the United Nations (UN) brokered a peace which unfortunately didn’t last long and the second Liberian civil war started in 1999. This second war lasted until October 2003 when ECOWAS intervened again to broker a peace. The National Transitional Government was inaugurated in 2006 which resulted in Liberia becoming a fully democratic country. The total death toll from both wars was 400,000-620,000 and more than a million people displaced. Today Liberia is a very different country with an elected democratic government and a commitment to have no more civil wars. Some of the scars from the wars can be seen today, the most iconic is the Ducor Palace Hotel which stands on Ducor Hill the highest point in Liberia. We also saw a patient, Thomas, who we were able to perform ear reconstructive surgery on as he had an ear macheted off during the civil war. 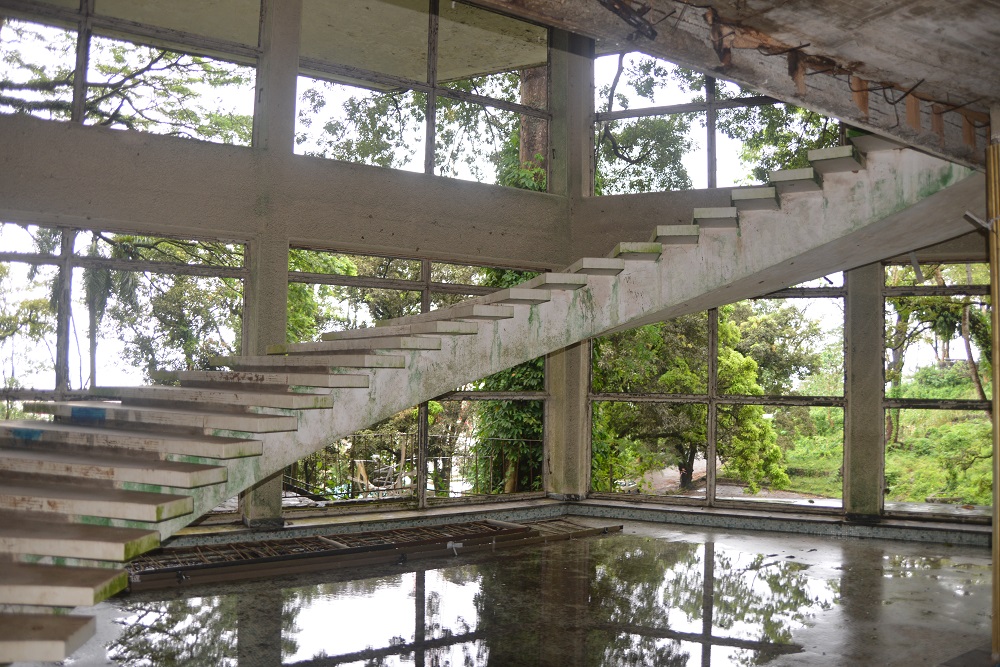 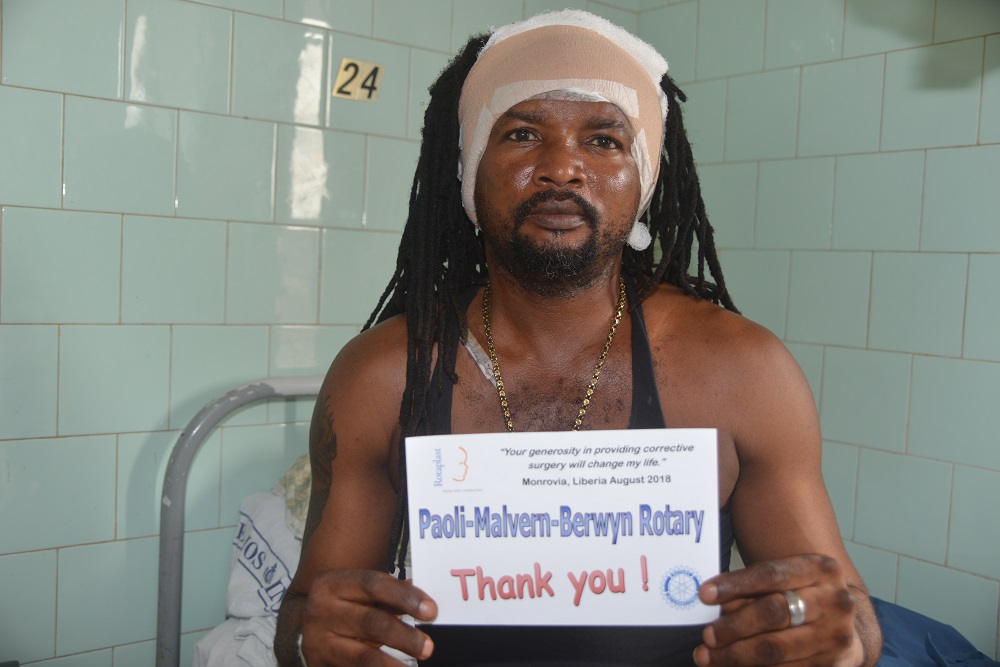 I spoke with Fathia Clarke CRNA (below) who worked through the Ebola epidemic. She said it was a terrifying time as initially, people didn’t understand how infectious the virus was, and tragically 9 members of staff lost their lives during a two week period in August 2014. The graves of the 9 members of staff can be seen on the grounds of the hospital. 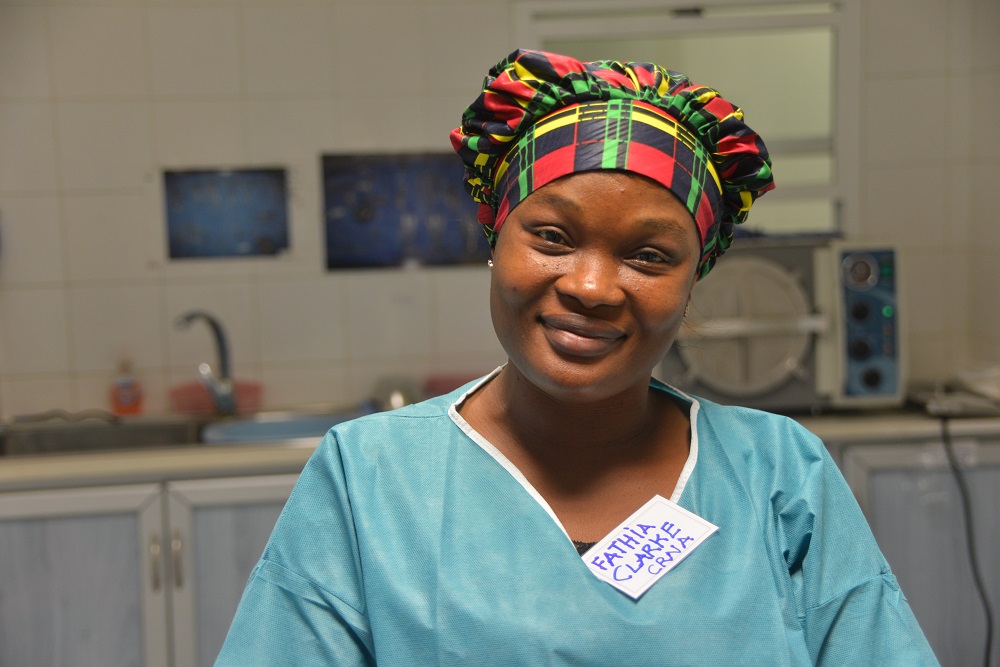 Fathia said that the Ebola impacted everyone’s lives both in and outside the hospital with fear of touching others in public which made using taxis and buses challenging. 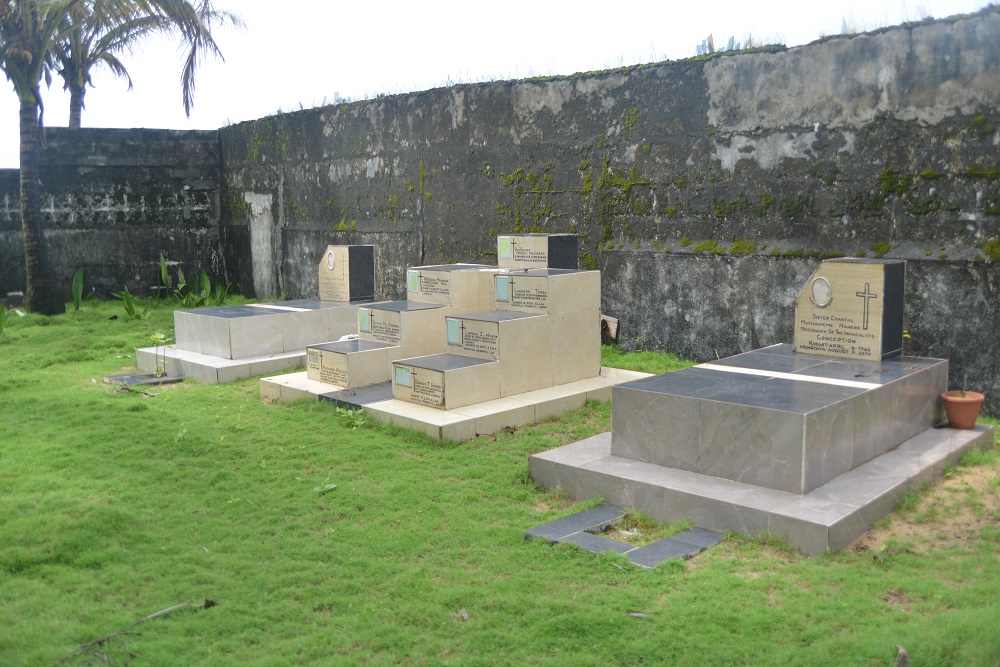 After the deaths, the hospital was closed for 10 months and since reopening additional measures to prevent the spread of infections have been put in place, which continues today. These include chlorinated hand wash stations at the entrance and a triage center in a separate building to the main hospital. 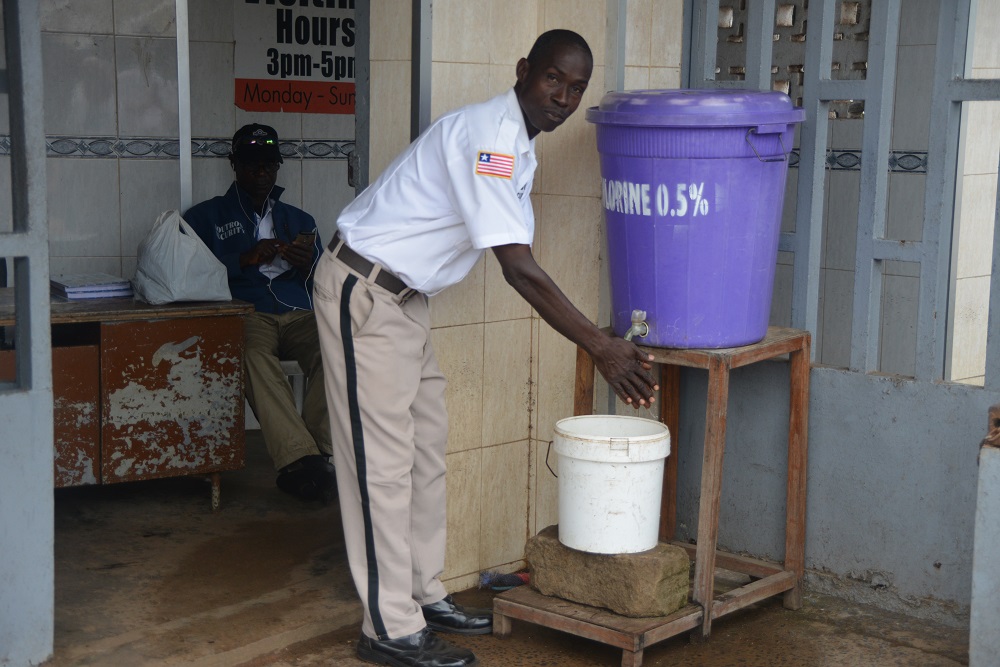 Despite both the civil war and the Ebola epidemic, Liberia is looking to the future building a new democracy. 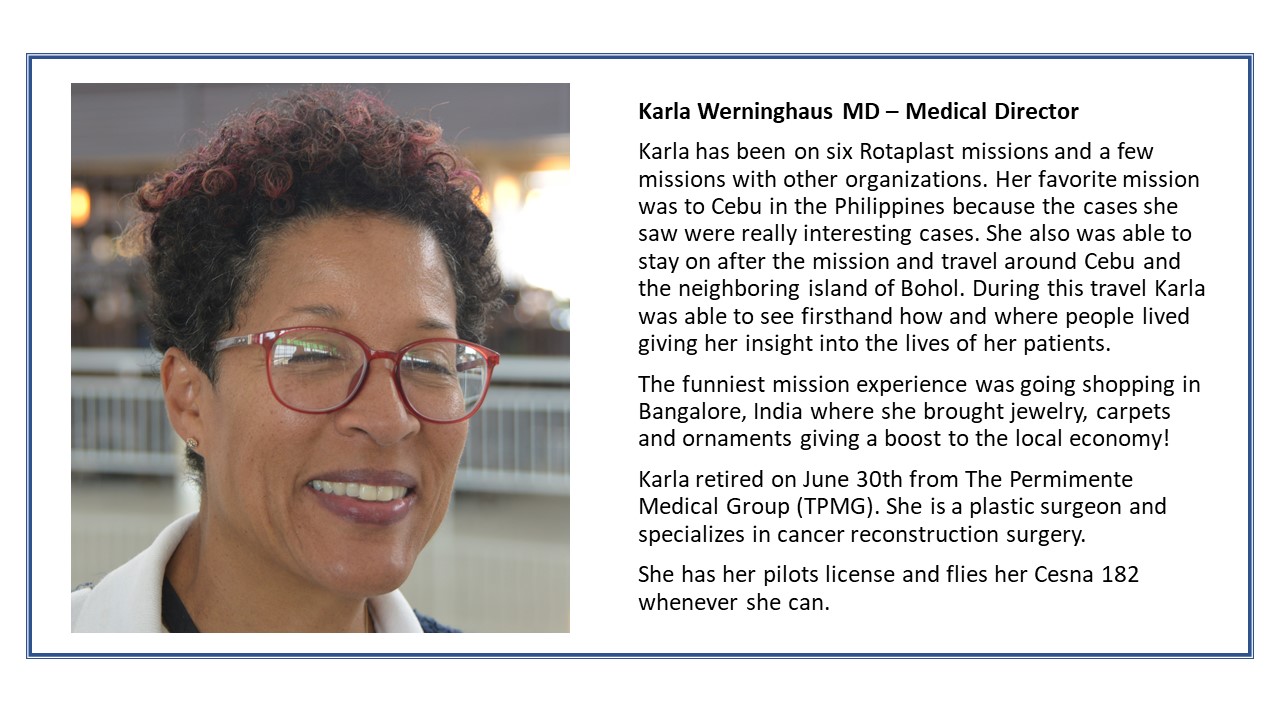 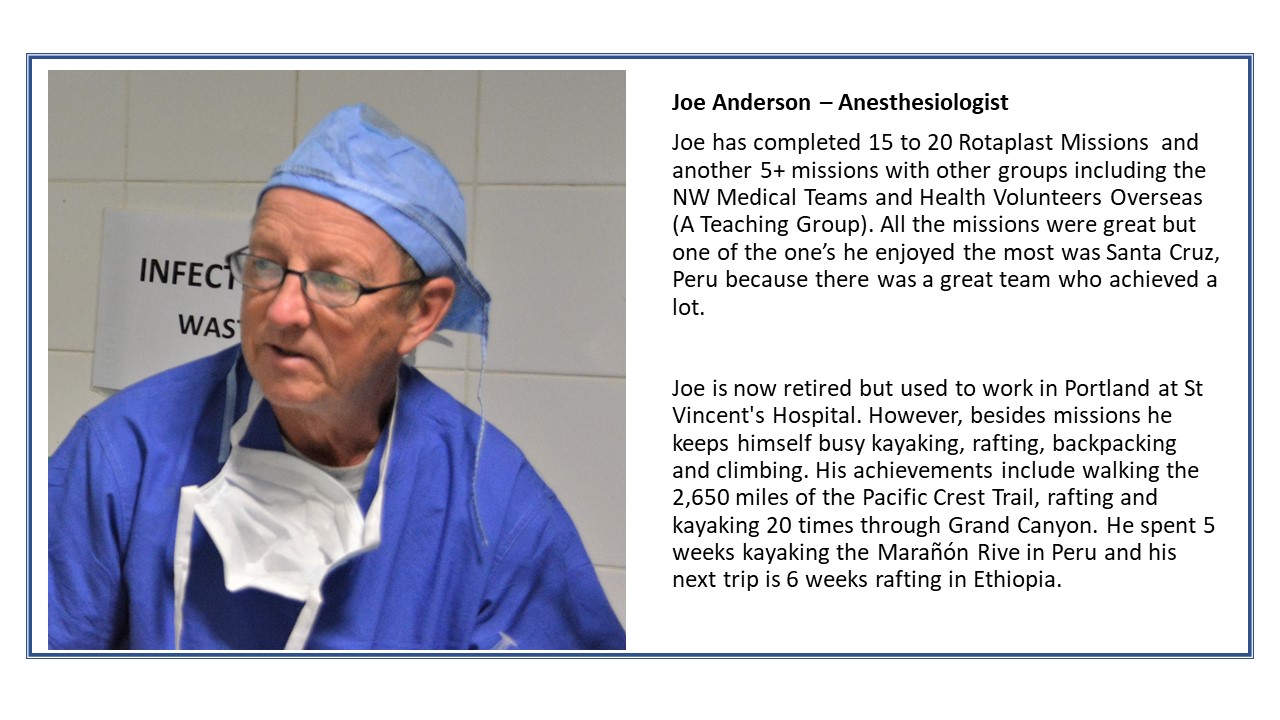 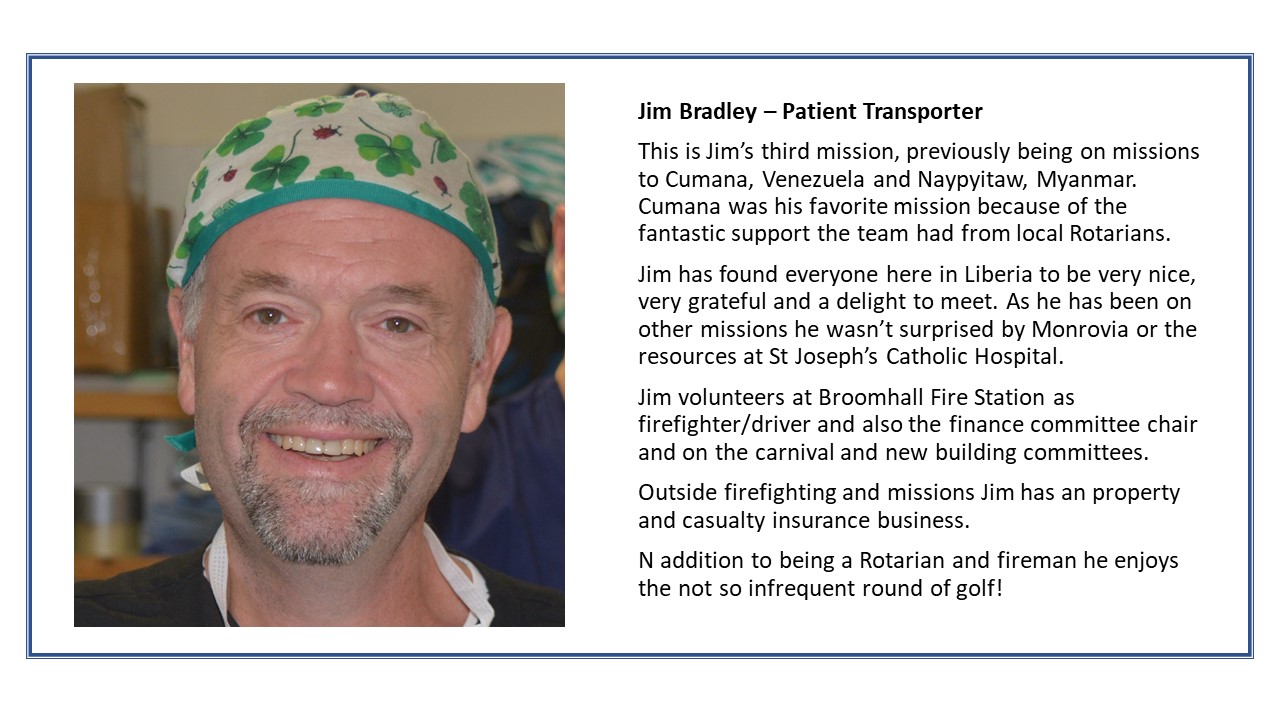 Rotary District 7450 sponsored a significant portion of this mission. The money was raised by many of the clubs in the District contributing from money raised from charity events and also donations. Withou... Read More »

This mission has been special in many ways, the warmth and welcoming of the Liberian people, the support from Rotarians, especially Rotaractors and also because of the diversity of surgeries. We did a numb... Read More »

While not every patient needs to come back to the final clinic we were very pleased to see that many of them did. It was great to see some of our favorite patients and even more satisfying to see some Read More »