It’s all about family! 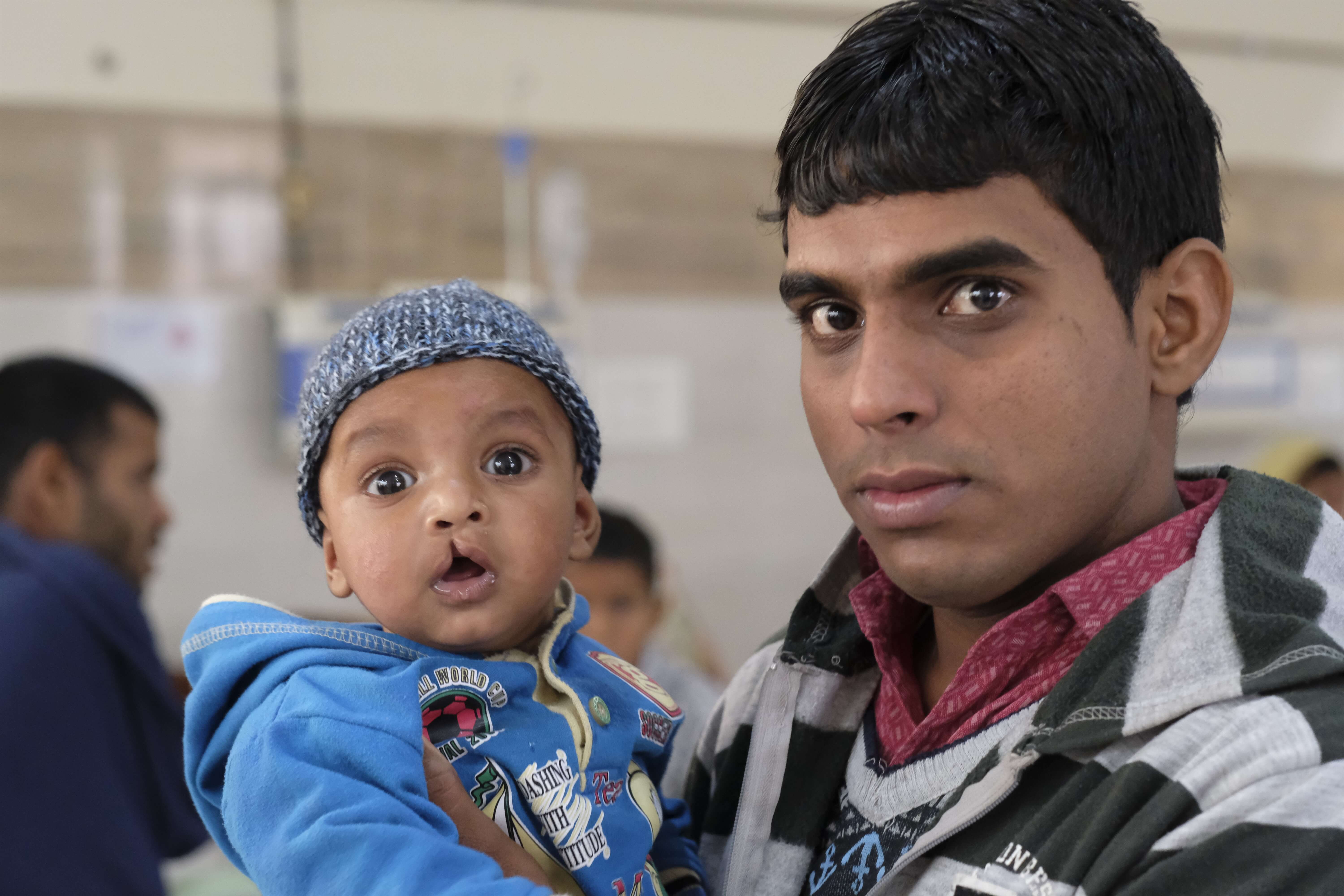 It’s been almost two weeks since I arrived home.  Time enough for me to reflect on the last couple of days in Narnaul. Coming home to the holiday season, ablaze with tradition and opportunities to get together with family, it seems a perfect time to give preliminary closure to the experiences with the Rotaplast mission.

I vaguely remember being told two years ago, when visiting Jamnagar in Gujarat, that homelessness doesn’t really exist in India.  Whether or not that is actually true, I don’t know, but I can say that no one ever talked about being without some type of family connection with whom you could live.  Coming from Sonoma County, where homelessness is the topic of the day, I was touched by the thought that everyone I saw, I was able to  imagine  their definition of home. 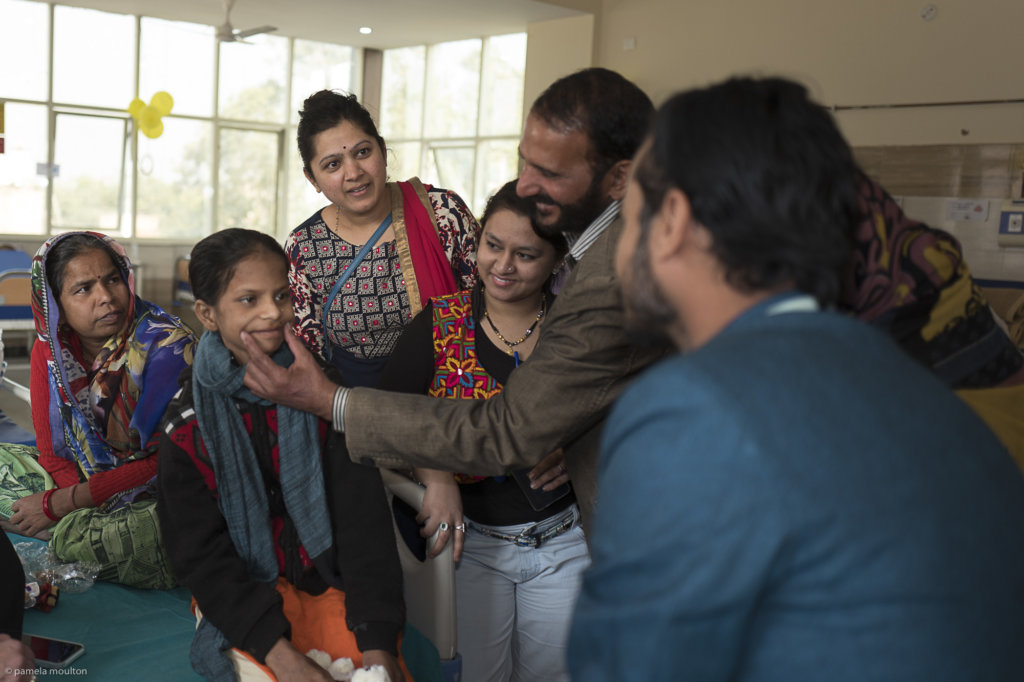 What was apparent to me, almost from the beginning, that the word FAMILY, in Narnaul, was  defined much more broadly than I had ever been exposed to.  Few conversations in the hospital appeared to be confidential between the medical personnel and the patients.  This did not happen because personnel was not sensitive to this, rather everyone appeared to have a stake in the patients and their families immediately upon their entering the ward.  The in-take interviews with the doctor, or with the photo-journalist were also an open conversational exchange in which all would participate!

If you can imagine the hospital ward with 16 beds, some with patients waiting for surgery, some with family members resting, some empty.  When a new patient would enter, those “other” family members would cluster around the new addition to the ward, tenderly watching as they would settle into their new bed, or carefully listen as the medical personnel would do the intake interview and take the vitals.  When interviewing the selected patients for additional information about how they found out about the mission, or their hopes or desires, the newly found “family ” members would sit on the beds, stand behind the patient or give visual support to the newcomers.  When needed, we were easily able and encouraged to rely on members of some of the other families to provide translation.

For other families, where they were undergoing their first experience with surgery, mothers and fathers were able to be calmed down in their anxiety about potential outcomes by looking at some of the other children’s results, or just talking with the parents.  While one might have expected heightened levels of anxiety and angst, this was lovingly replaced with the caring support of a newly found family.

I had the opportunity to introduce you to a couple of children/patients the other day, but I would like to have you meet a few more of those young people and their families, who by nature of their courage, tenacity and trust, have made an indelible mark on my heart. 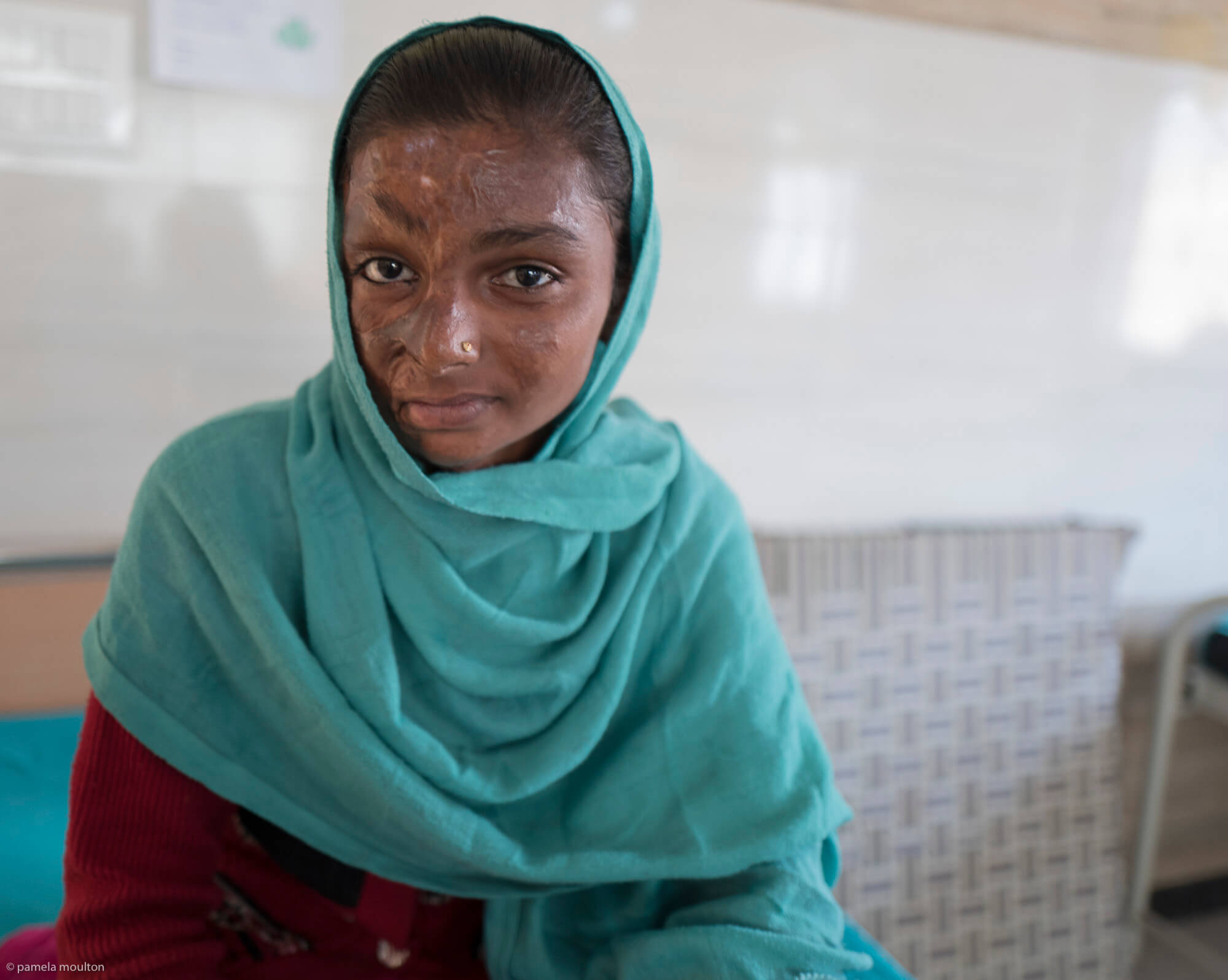 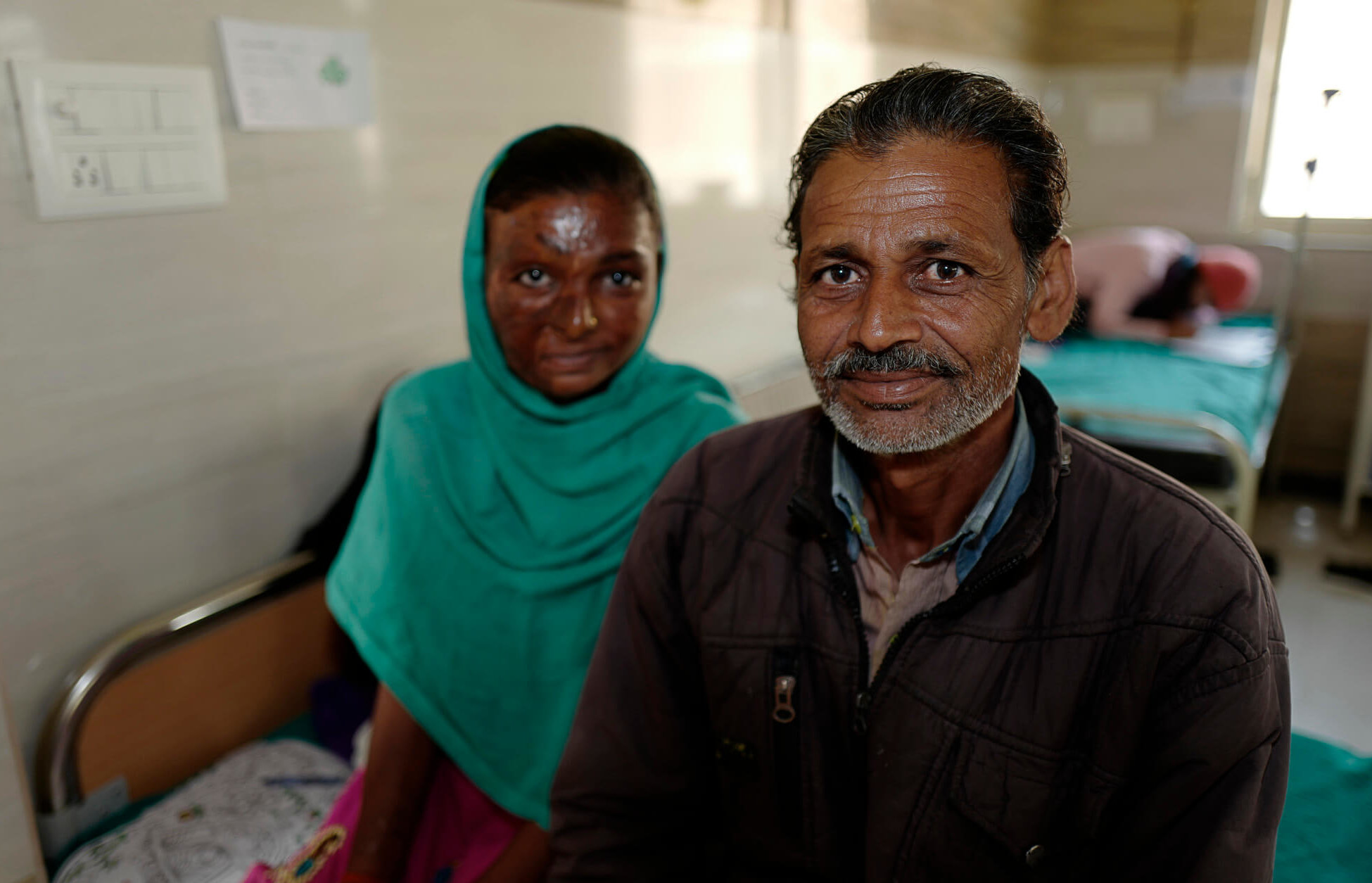 First, there is Leela! She has a long history of having had surgeries to alleviate the pain from the severe burn that she incurred four years ago. While she has been featured in the past on the Rotaplast blog, her story and her courage is worth repeating! She mentioned that her story began when someone took a photo of her after the gas lamp accident in which she received burns on over half her body.  They subsequently sent her photo to one of the Rotaplast doctors, and the process began!   Since then, she and her father have “followed” Rotaplast in an effort to have the necessary surgeries to do the needed grafting as a result of her severe burn.  Leela is 18.  She had her accident at age fourteen and has been on her mission to heal!

She is one of 6 children with two brothers and three sisters.  She mentioned that she generally travels with her father to these missions, while her mother remains at the family home, five hours away.
In conversation, Leela mentioned that she has aspiration of becoming a doctor, for which she received the nickname “Dr. Leela.”  She mentioned that she “wants to be perfect” on the outside feeling strongly that she is “almost perfect on the inside!”  Dr. Leela admitted that she would like to “get married, have two children and live in India.”  Her message to parents is for them to educate their children on the dangers of gas lamps.”  Leela thanks Dr. Gagan for alerting her to this mission! 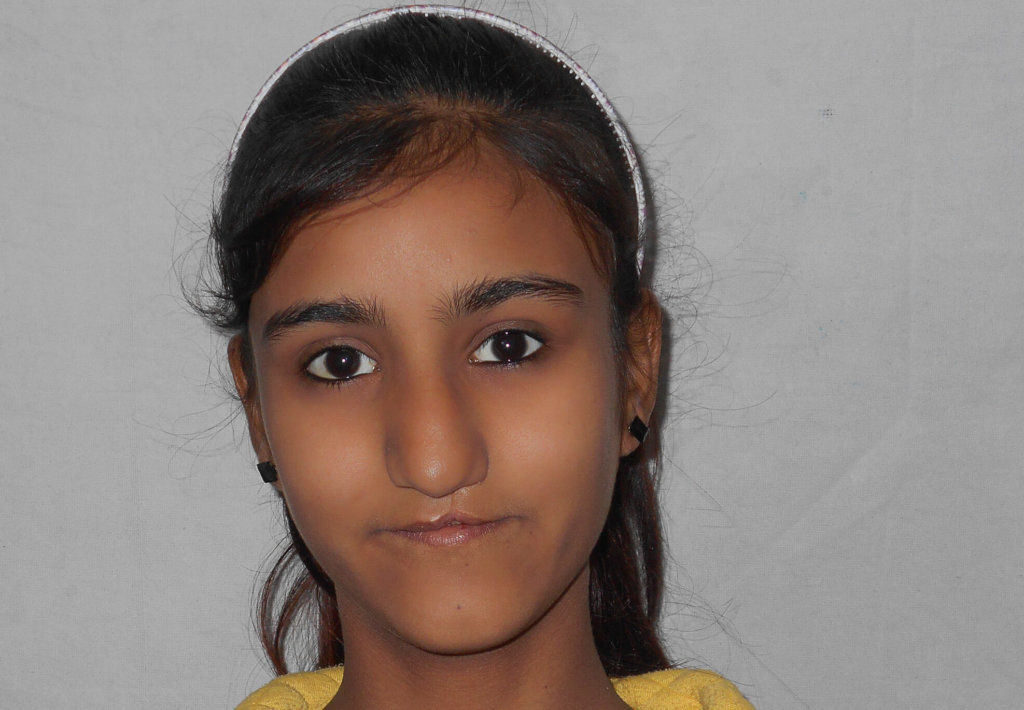 Neetu loves to do selfies

Neetu was born with a cleft lip.  She is the oldest of three children and lives in Narnaul.  She is in her last year of high school and has  very specific ideas about her future!  This is her second  surgery, having had her first surgery at 4 months.  While she admits that she is “trying to be brave” about the surgery, she expressed full confidence in the medical team. We asked about her three wishes, she mentioned that she would  like to become a police woman, open a school for babies and to give her parents a good life.  Neetu was accompanied by her parents, who were at her side the entire time. 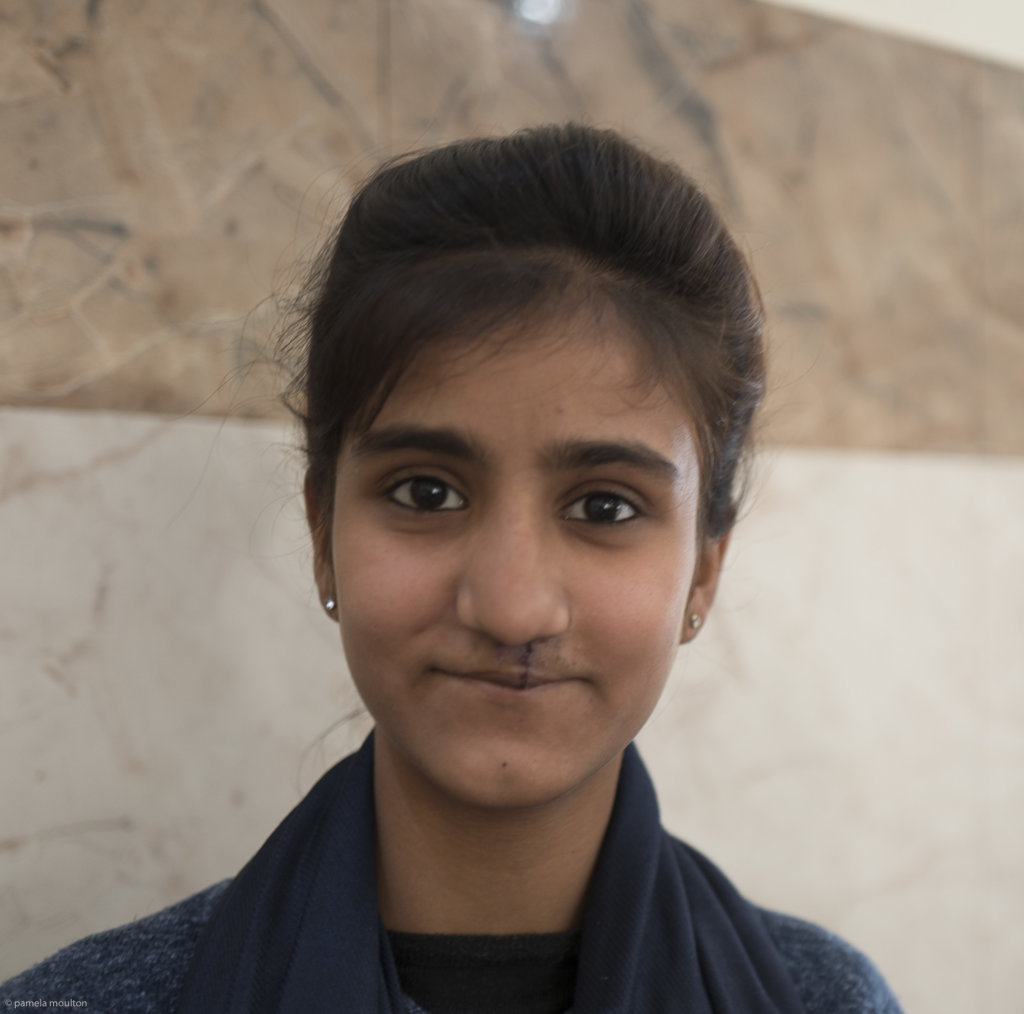 A few days after the surgery, Neetu returned to the hospital full of smiles, gratitude and special gifts for everyone whom she had met!  She was thrilled with the outcome of the surgery and proudly smiled and hugged everyone in her path! 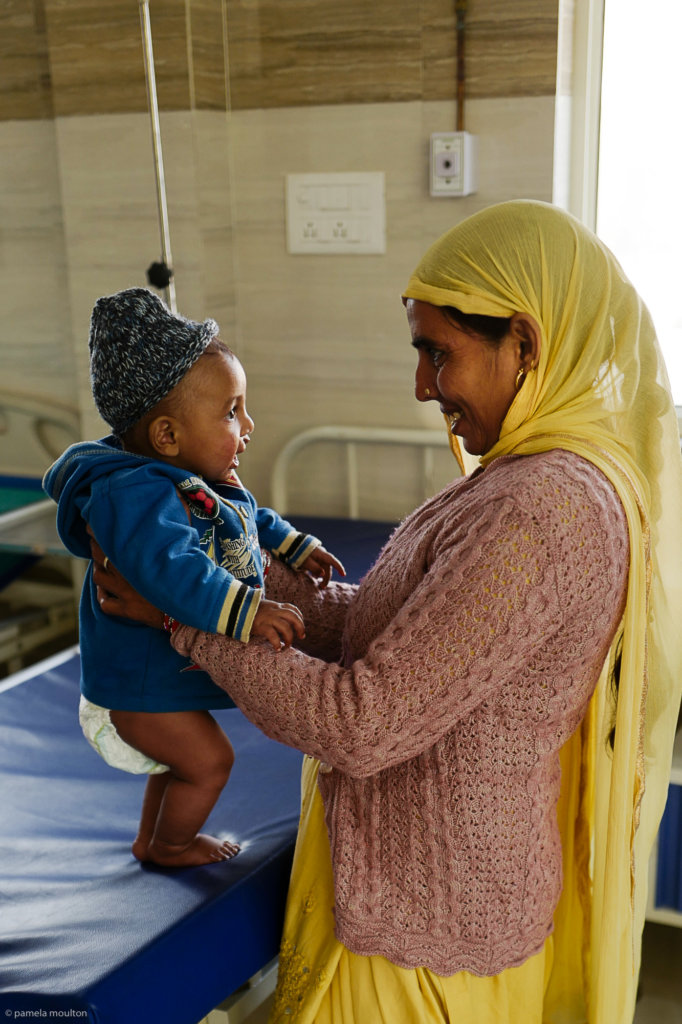 Bhavishya  is four months old. His name, Bhavishya means “future.”  When his grandmother held him, the love and tenderness towards her grandson was palpable! While his little faced struggled with an easy smile, his grandmother made up for him with a grin that screamed happiness and hope!  She mentioned that no other children in her family had experienced challenges with cleft lips, but was anxious about the possibility for  “Future.”  She mentioned that while she was fearful about the surgery at first, when surrounded with families who have experienced similar issues, she was more comfortable and had “trust” in the doctors. 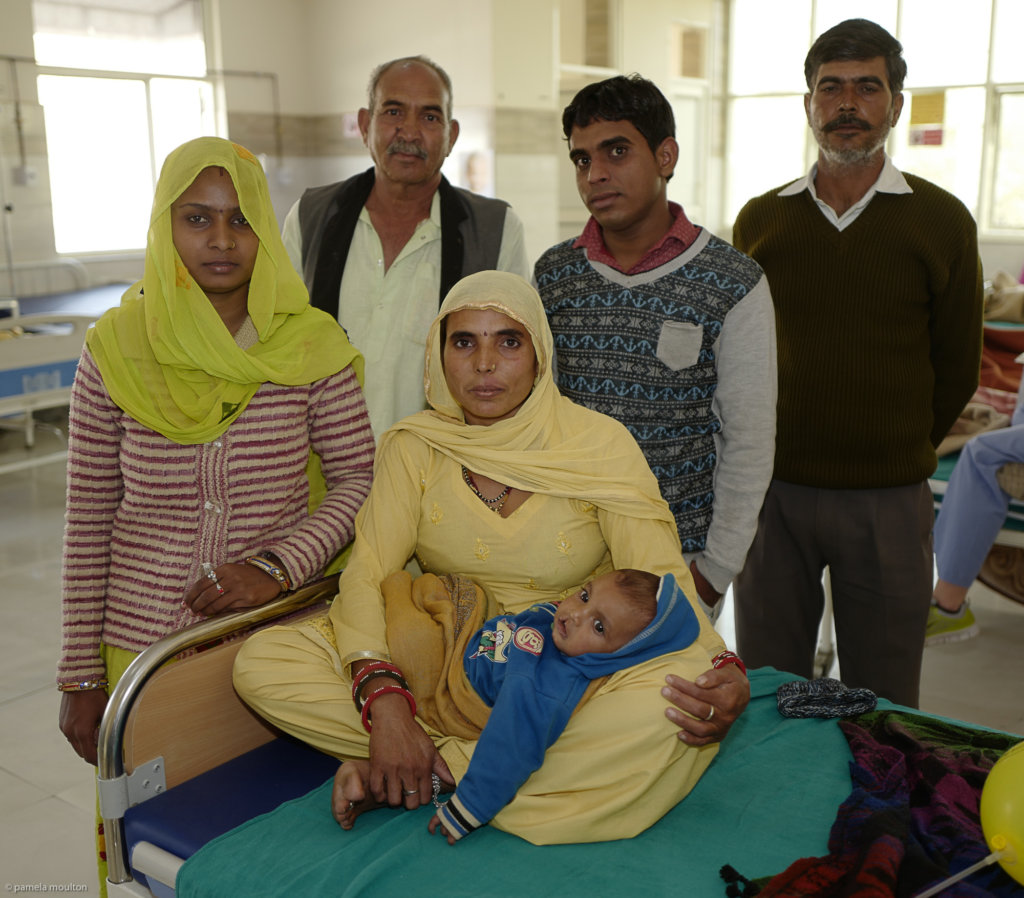 She mentioned that four generations live together and support each other.  Those four generations waited while Bhavishya underwent his surgery.  The cautious but joyful expression on both his mother and father, in additon to the other family members following his surgery was felt by everyone in the medical ward! 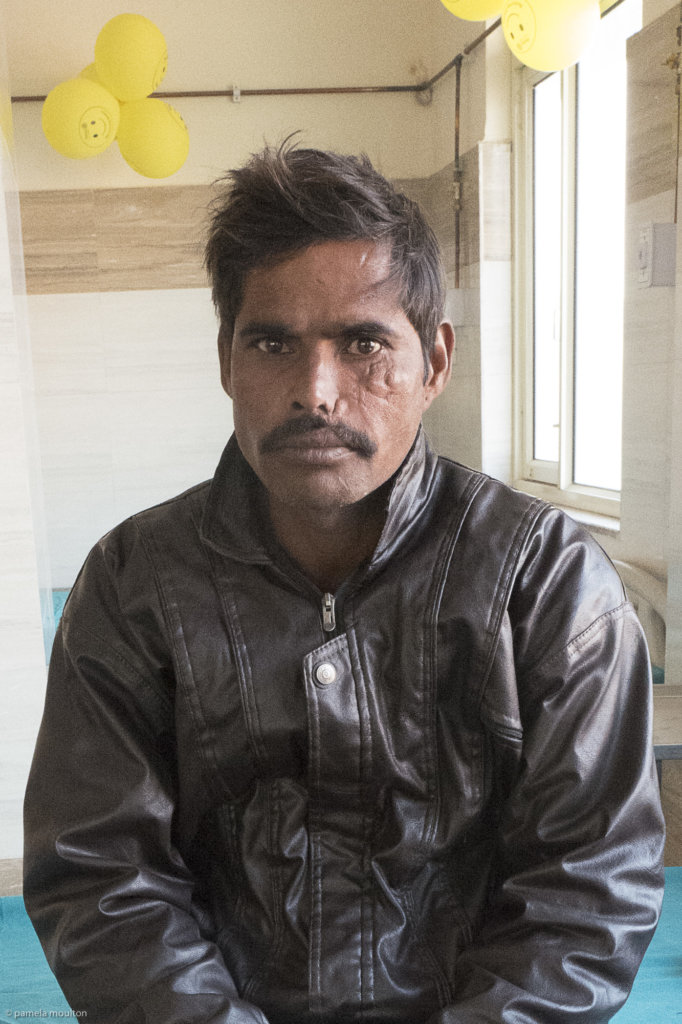 Vikas  is 22 years old.  His story is a little different because he came to the Rotaplast event at the recommendation of a Past President of Rotary.  Vikas had sustained an accident on his face as a result of  steel glass where he slipped, fell and sliced open his left cheek. This happened five years ago, and except for some minor intervention at a local clinic, because of expenses and concern over loss of wages, he opted not to   tend to it.  He is a house painter, and makes the equivalent of $3.50 a day. Because of a recommendation of this Rotarian, and the support of his cousin, who accompanied him, Vikas opted to take a few days off and tend to his medical needs.  He mentioned that he is interested in getting married and feels that his physical appearance has interfered with his being able to meet anyone. So, he decided to make the 7 hour trip on public transport to ask for intervention.  When asked about his words of wisdom to share with others, he openly stated that “Everyone should take care of themselves.” It was telling to note that on his T-shirt was written “No matter what our differences are, we all look at the same moon.” 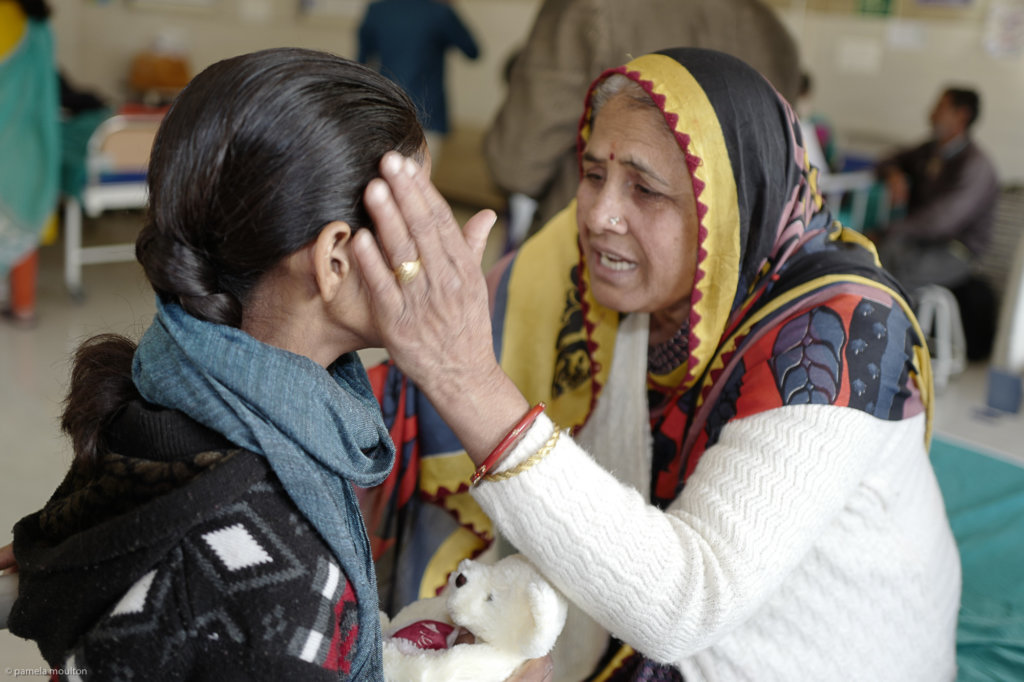 So Vikas leveled the playing field for all of us!  We all should tend to our needs! We are all in this life together no matter what our differences!  This ward of “strangers” at first became friends, then personal supports and eventually mentors, not only for each other, but for all members of the Rotaplast Team!  Then, we all became family!

It seems serendipitous that the end of the Narnaul mission coincided with the end of the year. This time of year has always been a time of reflection and renewal for me, and this mission has greatly assist... Read More »