“Coca-Cola” – The Sound of Success 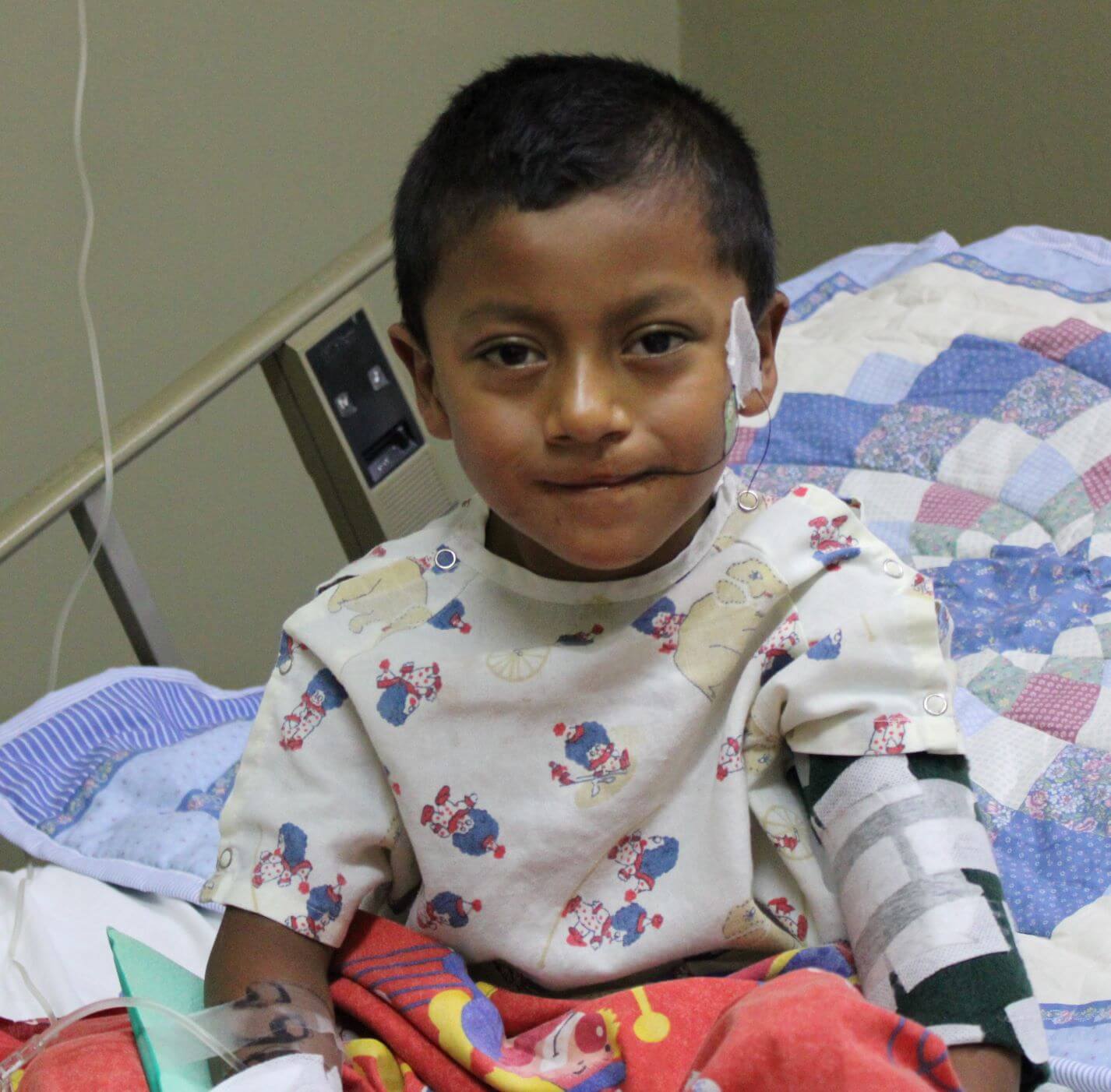 Try saying “coca-cola with only about 25% of the muscles in your mouth (I am totally guessing at that %. I am not a doctor, I just play one in blog on Rotaplast missions), and possibly other mouth deformities such as missing teeth, bones etc… Some are unable to talk at all. Some have challenges eating and breathing.

The morning after surgery, on post-op rounds, Dr. Daneshmand challenges the children to say “Coca-cola”. If they can say it, big smiles all around the room as it means the surgery was a success. A hard “C” is a very difficult sound to make without palate muscles. (Personally, I thought we should hand out ice cold coca cola’s as incentives, but I was standing in a room full of doctors who frown on my soda addiction so that idea just fell flat).

(If you have noticed the string on the side of the children’s faces in photos, here is the scoop. The children are in danger of swallowing their tongues after surgery. This is prevented by a string attached to the tongue by a single stitch, and held in place outside the mouth by tape. It comes out the morning after. The kids are not particularly fond of it, but remember, they are heroes and they tough it out. It comes out during morning rounds.

Below Damarys is having her surgery checked from the day before. As many children as possible, will come back tomorrow for a full check up. Those that traveled great distances may not be able to make it. Damarys is 8 years old. She loves to play with play dough and her parrot named Yito. She has taught it to say “Mama. Damarys is adopted and now has a family who loves her very much. She was full of smiles, before and after surgery. I hope we see her tomorrow.

Below is Andrea. She is also 8 years old and a delight. She definitely woke up on the sunny side of the bed. She is the youngest of EIGHT brothers and sisters! That does not include all the chickens, dogs, cats and rabbits at her house. When she is not busy keeping up with her sisters and brothers, she likes to draw. She had no trouble with “Coca-Cola.” I think next time I do this job, I may just have to sneak up to the ward when nobody is looking to reward these kids. I am thinking Coca-Cola may want to sponsor me. You hear that Pepsi? You saw Andrea yesterday before surgery. Today she is recovering nicely. 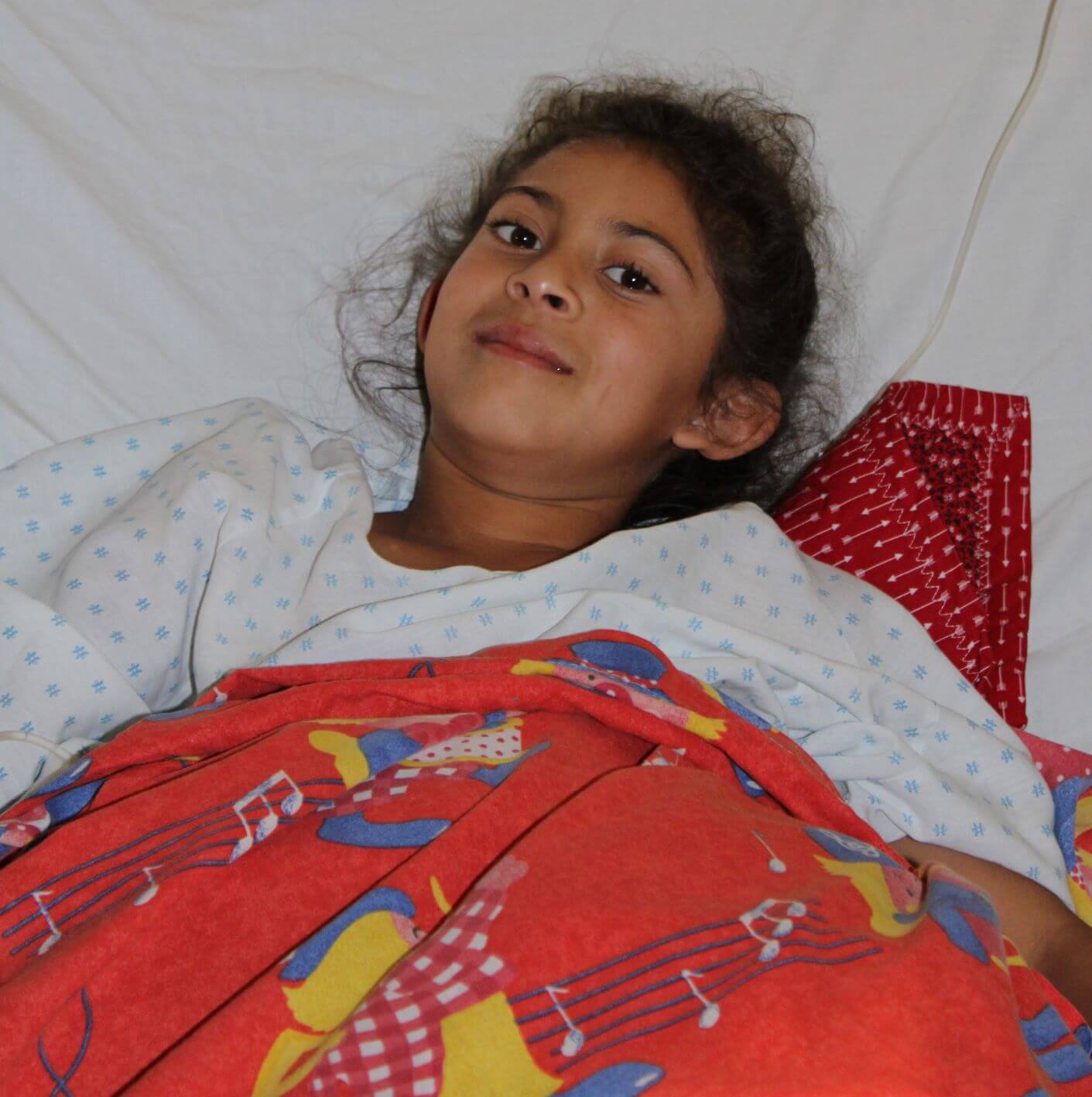 Jefferson was ready to go this morning! He was giving everyone who came in High-Fives! Don’t mistake the lack of smiles for lack of happiness. Most of these kids have had major surgery on their mouths and smiling is hard. But they know they will feel better soon. We are all the better for having the chance to meet them and learn from their resilience and perseverance. 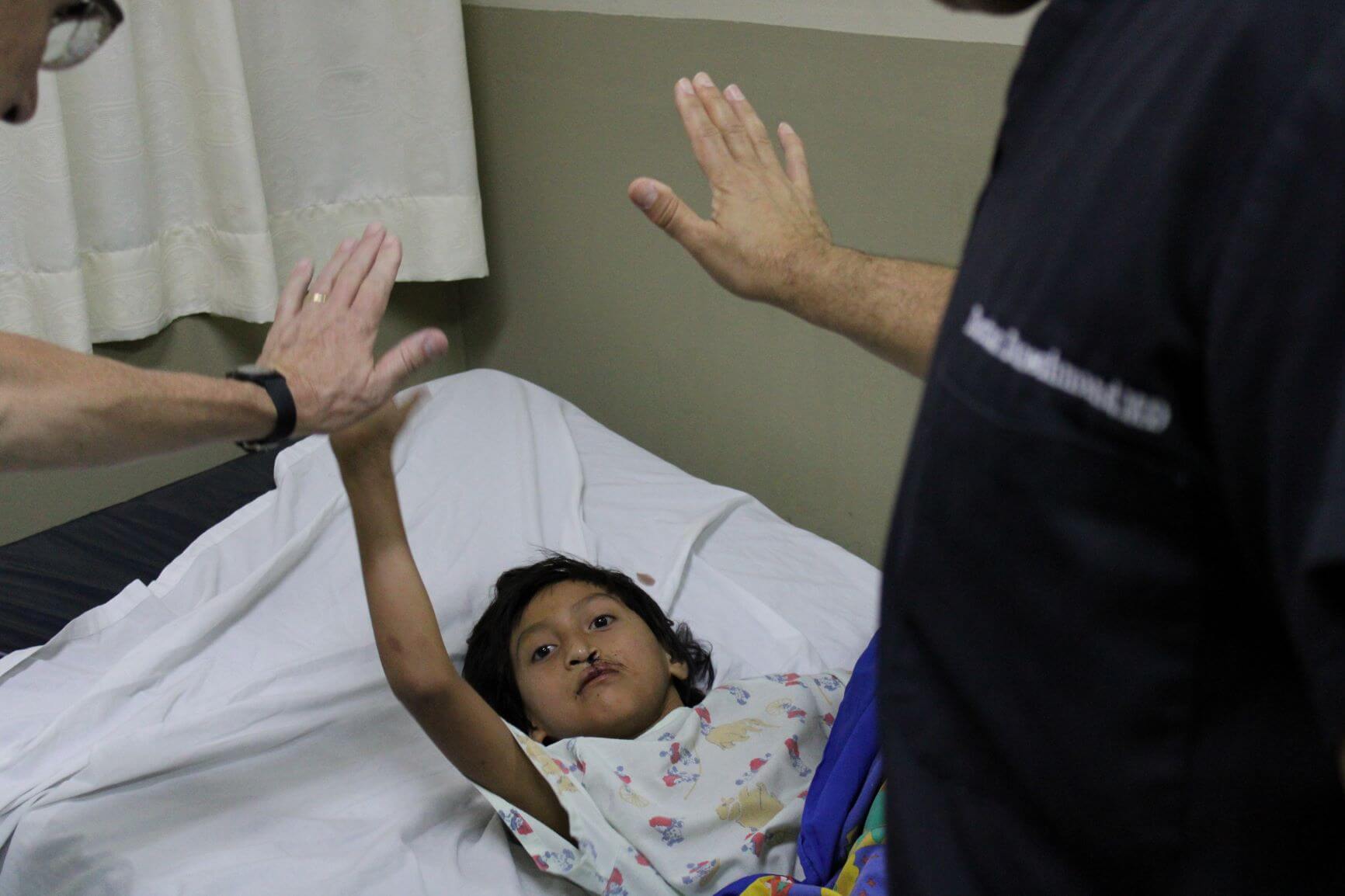 Finally I leave you with this final shot. In case you only thought that storks brought babies, now you have photographic proof that Santa also delivers them safely too! 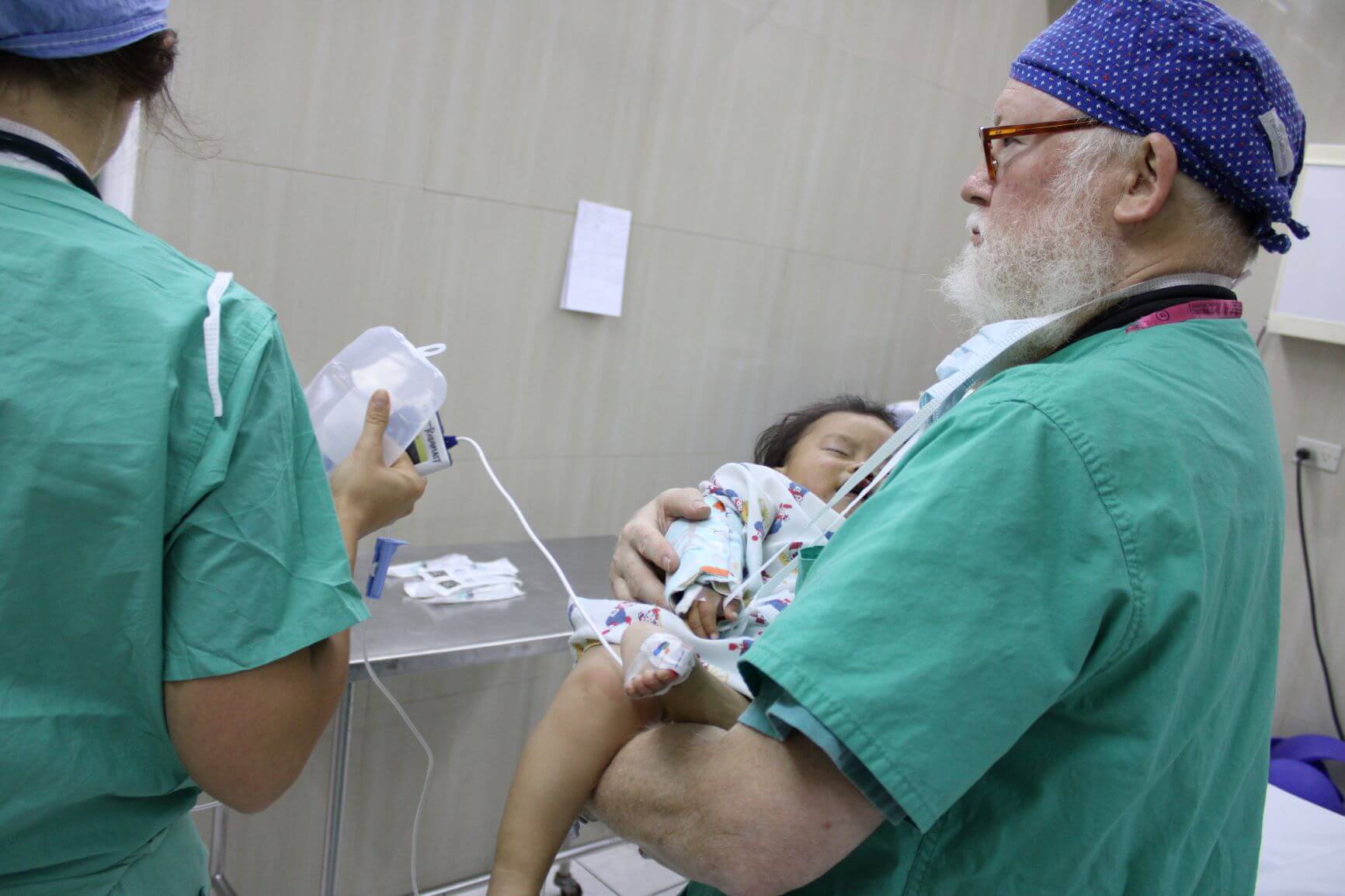 P.S. Today was our last day of surgery. I think our total, unofficial number of procedure for the trip was 113. Way to go team!

If The Shoe Fits!