Home    •    Uncategorized    •    Successful Mission to Agra, India on the Eve of Coronavirus Pandemic

Successful Mission to Agra, India on the Eve of Coronavirus Pandemic 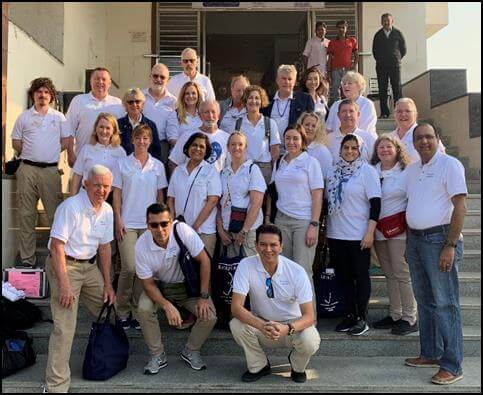 Rotaplast’s finale before our current pause due to the Coronavirus Pandemic was a productive mission to Agra, India. The team successfully operated on 82 patients including many with severe contractures and scars due to untreated burn injuries. The medical leader was Dr. Alex McCulloch, surgeon, while the team leader was Tom Fox of the Rotary Club of Pleasanton, California.

“The best part [of the mission] is when the patients and their families come back on the last day  and are so excited by the transformation,” said Rotarian Janet Pancoast, Past President of the Rotary Club of Green Valley, California, and part of a contingent from Rotary District 5300. Rotarian Mary Ann Avnet, past President of the Rotary Club of Las Vegas, Nevada, commented on the front end of the spectrum: “I always love pre-clinic-day. There is such a feeling of excitement and hope on everyone’s face. It’s chaotic but wonderful. And my perspective this time was managing medical records. I so wanted to be organized and do everything right.”

Prior to the mission, planning addressed the likelihood of many burn patients rather than a predominance of cleft lip and palate patients. Dr. Neal Fleming noted that local Rotarians, led by Raul, and the local hospital advised of such a need. As a result, our standard supplies were modified and extra arrangements were made for post mission patient support. For Rotarian Avnet who had previously been on missions in central and south American the difference was substantial: “One of the things that stood out was the large number of burn cases the outnumbered the cleft lips and palates. It’s a jarring realization that so many people have lived with disabling burn scars for much of their lives. And of course the poverty level in India contributes to the burn cases.”

One of the patients made a memorable impression on Rotarian Sandra McLaughlin, the new President of the Rotary Club of La Verne, California. “A young woman who was very badly burned and disfigured came to our clinic to see of the surgeons could help her. She was very shy and came in completely covered up. When she took off her headscarf, we could see her scars had healed, disfigured her face and contracted her arms. She had received the burns 15 years ago when an oil lamp spilled on her face, neck, arms and hands. As a result of her untreated burn wounds, her arms were contracted at the elbow. The surgeons were excited about the possibilities of helping her. But when she failed to appear on her scheduled surgery day, everyone was disappointed. She eventually arrived only to disappear again. We later surmised that she was very nervous about the surgery. Days later she summoned up courage and she was ready. She had successful surgery. While in recovery she never complained. Instead she had a great smile on her face.” 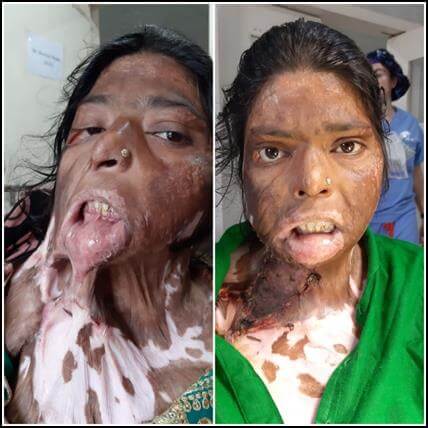 As with all Rotaplast missions, the local Rotarians and hospital personnel were essential partners allowing the mission work to proceed. Unity Hospital closed its operating rooms for two weeks for the mission, and Superintendent Yadav and Manager Singh provided ongoing support. The Rotary Clubs of Agra Taj Mahal, Firozabad, North-Agra and Sheikhabad assisted with patients, translations, logistics, supplies and meals for the team.

Anesthesiologist Neal Fleming added: “Concerns and questions about the evolving coronavirus crisis dominated our thoughts as we prepared for our departure. Yet memories from the post-op clinic in Firozabad and other missions, now fill our thoughts as we cope with the changes wrought by this pandemic.  Those memories are the ones that drive us to prepare Rotaplast for the days when we can resume the life-changing support we can offer to those in need of our help.

In May of 2017, I, Dr. Paul Helpard, had the pleasure of meeting a young and vibrant 21-year-old woman named Milagros when I participated as an orthodontist on my third Rotaplast Mission and second in Lima... Read More »

It is with great sorrow to inform of the passing on February 10, 2021 of Bent Harder. Bent devoted his time and money to six Rotaplast missions in Venezuela, China, El Salvador, Peru and the Philippines. H... Read More »