Rotaplast affects different people in different ways. For some, it is the personal miracle of a repaired lip and palate, for others it’s the joy of helping to effect these repairs, but for one energetic District 5020 Rotarian from the South Puget Sound club, a very special magnet drew her back to Cebu to take part in a second Rotaplast Mission.

In 2008, a little fellow named Nelson won the heart of Marnee Obendorf. His huge smile and open arms drew Marnee in immediately when she saw him with his Mom in the admitting area of the Vicente Sotto Medical Center. Marnee was working in the pre-op / post-op ward when Nelson came in with a bilateral cleft lip and a cleft palate. 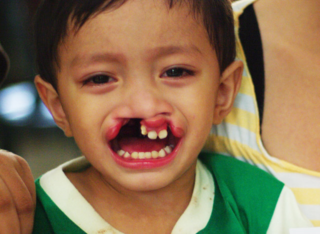 His lip was repaired by Dr. Bill McClure, September two years ago. Marnee has stayed in touch with Nelson through a neighbour who has a phone, and via emails. She had a day off from the Recovery Room on Sunday where she is working as the PACU assistant, so she arranged for the two of us to meet Nelson at the SM Mall in Cebu. With his mother, little sister and a cousin, we played on the roving train and had lunch at Jollibee’s, a fast food chain. Yesterday, Nelson was back at the hospital for reassessment for his palate repair. There is some hesitancy on the part of his mother, who appears scared about the procedure that he will go through. He needs a palate repair and a revision of his lip and nose. She will be phoning today with her decision about undergoing surgery this week. Hopefully, he’ll soon be speaking clearly and will grow up a healthy boy. As we saw on the kiddy train at the SM Mall, he is already a happy one. Here he is with his three-year-old sister, Gisenelle, and Marnee.  UPDATE ON NELSON: After several trips to and from the hospital for blood work, etc., Nelson was set to be operated on yesterday. However he had developed a temperature which meant he could not undergo the procedure. Hopefully next year he will be well enough. We're keeping our fingers crosssed for you Nelson. 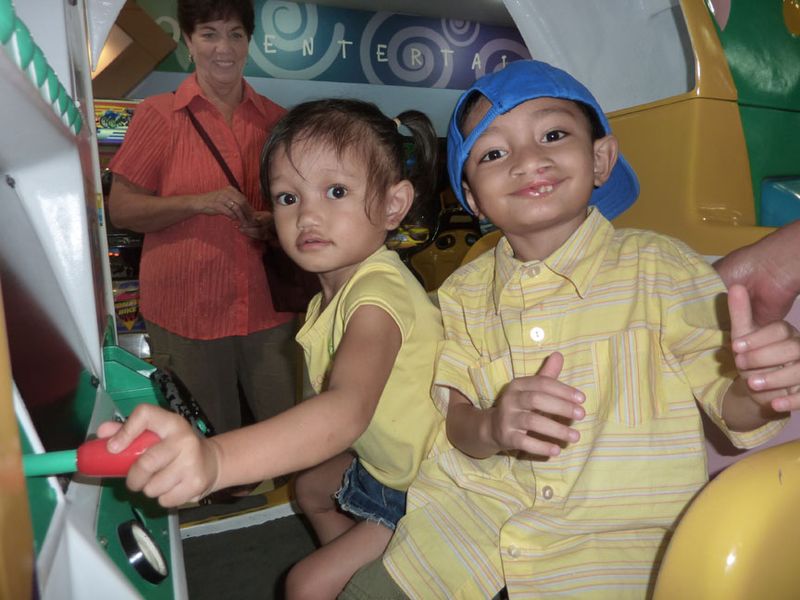 And here's Nelson teaching us the ABC.

When 5-year-old Kent was a baby, his parents separated. Kent and his older brother are being raised by their father as his mother had lost interest in this dear little boy with a cleft lip/cleft palate pro... Read More »

The Effects of Faci...

The face is a focus when it comes to physical attractiveness. This part of the body represents the person's identity and is the part most exposed to public view. Thus, whether a person is in general co... Read More »