Rotaplast volunteers arrived at Cebu Airport early today to be greeted by Cebu Port City Rotarians and their wives. Some of the volunteers were greeted as old friends, many were new to the Cebu mission, and for some, it was their first Rotaplast trip. Most of us were a little tired after the long flight, but we were keen to get to work to begin another Cebu Rotaplast mission, where we would see the lives of little ones changed forever. 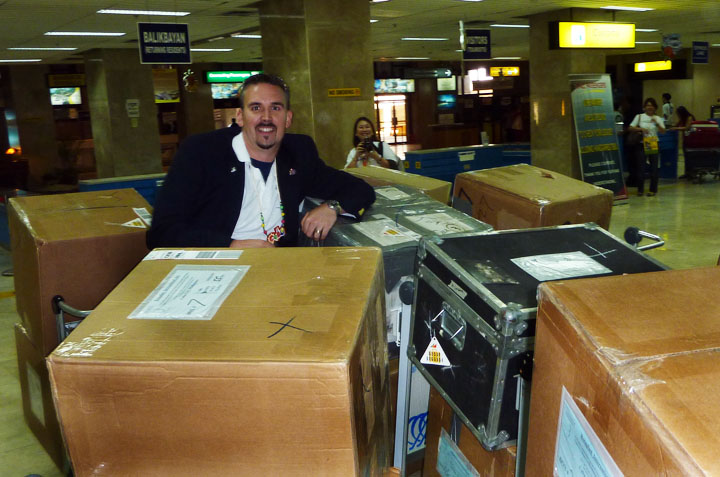 Quartermaster, Troy Alexander (above), is jubiliant that all boxes arrived – on time, and intact! 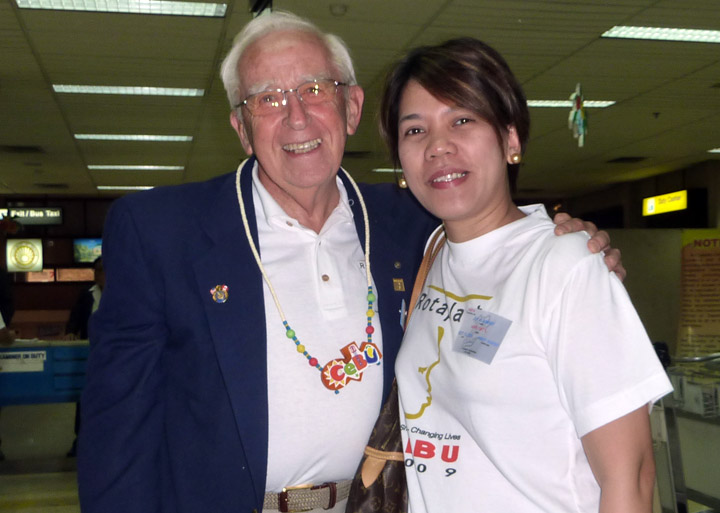 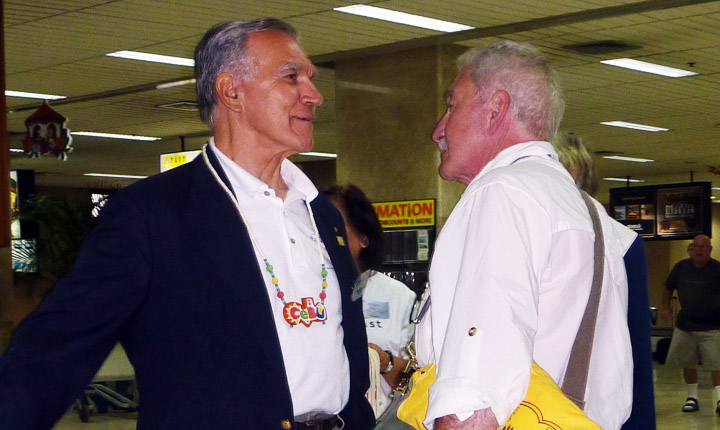 After checking in, we regrouped at the Midtown Hotel for introductions. Dr. Capozzi introduced and thanked the Cebu Port City Rotarians who had "smoothed the path" for so many of these missions. He also congratulated Troy Alexander on his first day as Quartermaster. Mission Director, Evelyn Abad, who has the distinction of Honorary Membership in the All-Man Rotary club, thanked the Rotarians' wives for the great work they do. Others to be thanked included Joe Hoffman, the District 5020 Rotarians, and others who have donated to this mission. Dr. Rosario Mayro, the team Orthodontist, thanked Dr. Grace Sang, a Cebu dentist, who has organized local dentists to do screening and extractions, thus cutting down on dental procedures needed to be done in the Operating Room.

The afternoon was spent inspecting the Vincente Sotto Medical Center and the Sian Tian Temple Medical Clinic in preparation for tomorrow's Pre-Clinic session. The feeling is strong that with this team of such experienced volunteers, it will be an excellent mission. New Mission participant, Jean Roberts, feels honored to be a part of a project that will bring about such life-changing results.

Nurse Practitioner Nan Madden and Pediatrician Dr. Greg Melnick see a young patient and her mom at today's Pre-Clinic at the Sian Tian Temple in Cebu, assisted by interpreter, Darren of Cebu. A constan... Read More »

District 5020 Rotarian, Marnee Obendorf of Olympia, WA amuses our youngest patient of the day with a soft toy made by generous friends of Rotaplast in the US; he is in the caring arms of one of the ... Read More »

The wards were busy with post-op children and teens, and those awaiting their surgeries today, which is operating day #2. One of the Rotaract volunteers and President of the club, Ariel (Yeng) Alvarez offe... Read More »