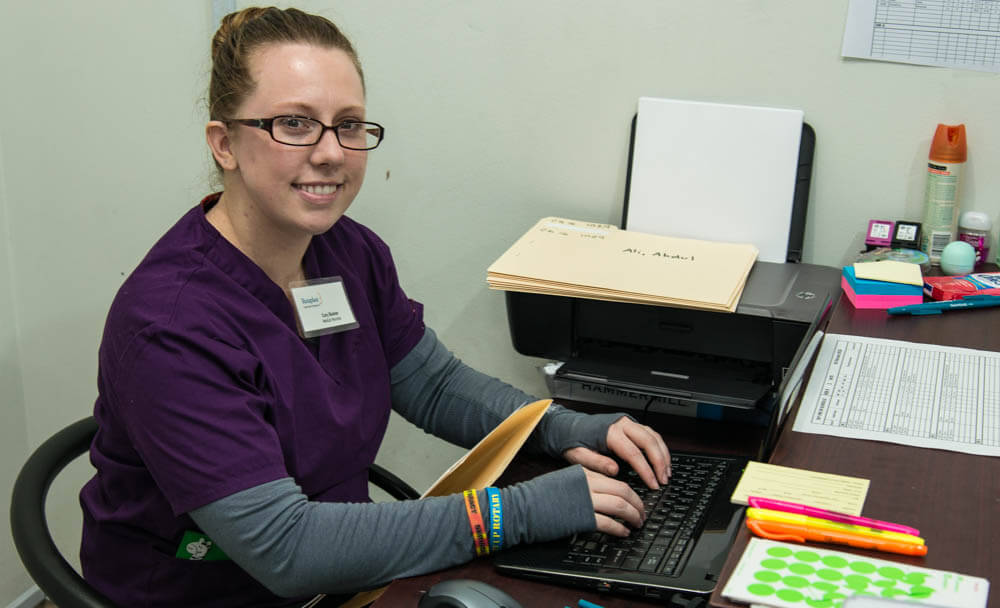 As the Medical Records member of the Rotaplast mission, I have very busy times, such as pre-clinic and the start of each surgery day, but I also have some free time each day. With my free time I like to explore the other units, the Ward, Post Anesthesia Care Unit (PACU), and even the Operating Room.

On the first surgery day, I was in the PACU when a three year old boy came in just after having his cleft palate repaired. Startled after waking up in a strange place and groggy from pain medication, he was upset and inconsolable by his mother. She swaddled him, stood, sat, swayed with him but nothing seemed to put him to ease.

Our English words of comfort were not well received, but since he wasn’t in much (if any) pain there was nothing we could do for him. Minutes passed and the toddler was relentlessly howling with no sign of giving in. The mother was worried and the father looked concerned as well. The mother’s last-ditch effort was to pass the boy off to the father with a flourish of exasperation. Remarkably, within 15 seconds the patient had stopped crying and in another 15 seconds he was sound asleep.

Tentative minutes elapsed, but when the boy began snoring softly the parents, nurses and I let out a sigh of relief. With the help of an interpreter, we began a conversation with the parents about the surgery and post-operative care. We commented on the deep slumber of their child upon the father’s chest and the mother, without missing a beat, nodded toward her husband and said “he (her husband) does what he is told.”

Her comment was amusing for two main reasons; primarily because the masculine-dominated culture in Bangladesh seemed to be forgotten in their relationship and secondly because the husband looked down at his sleeping son then lovingly over to his wife and shrugged his shoulders in submissive agreement.

We’re finishing strongly today on our seventh and final day of surgeries with a full schedule of children with cleft lips. It’s an exciting day as parents that have been waiting for months or years for... Read More »

There were hugs, handshakes and cameras – or more correctly, cell phones acting as cameras – for our closing clinic this morning. Patients got one last check from our medical team and some fres... Read More »