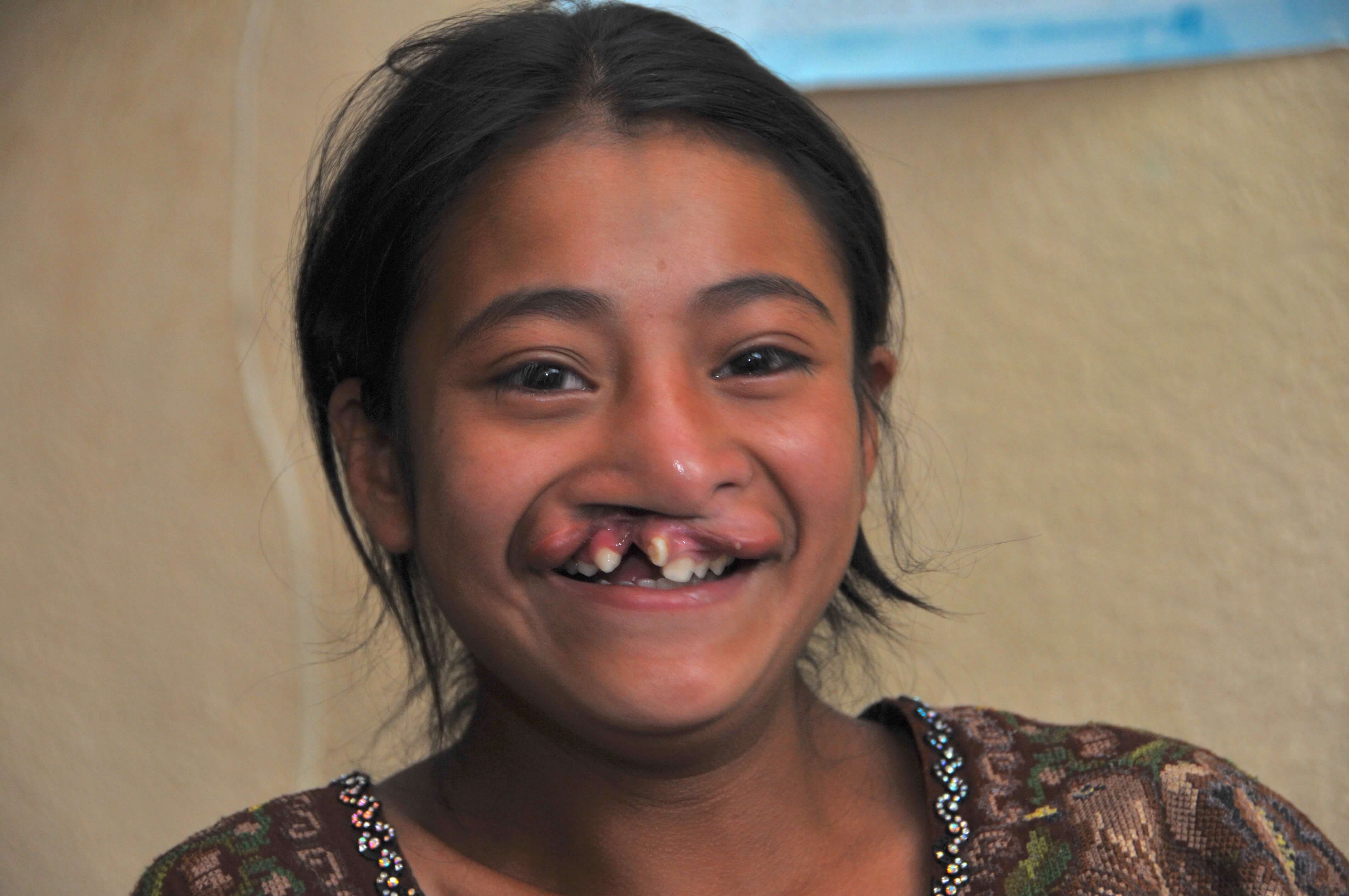 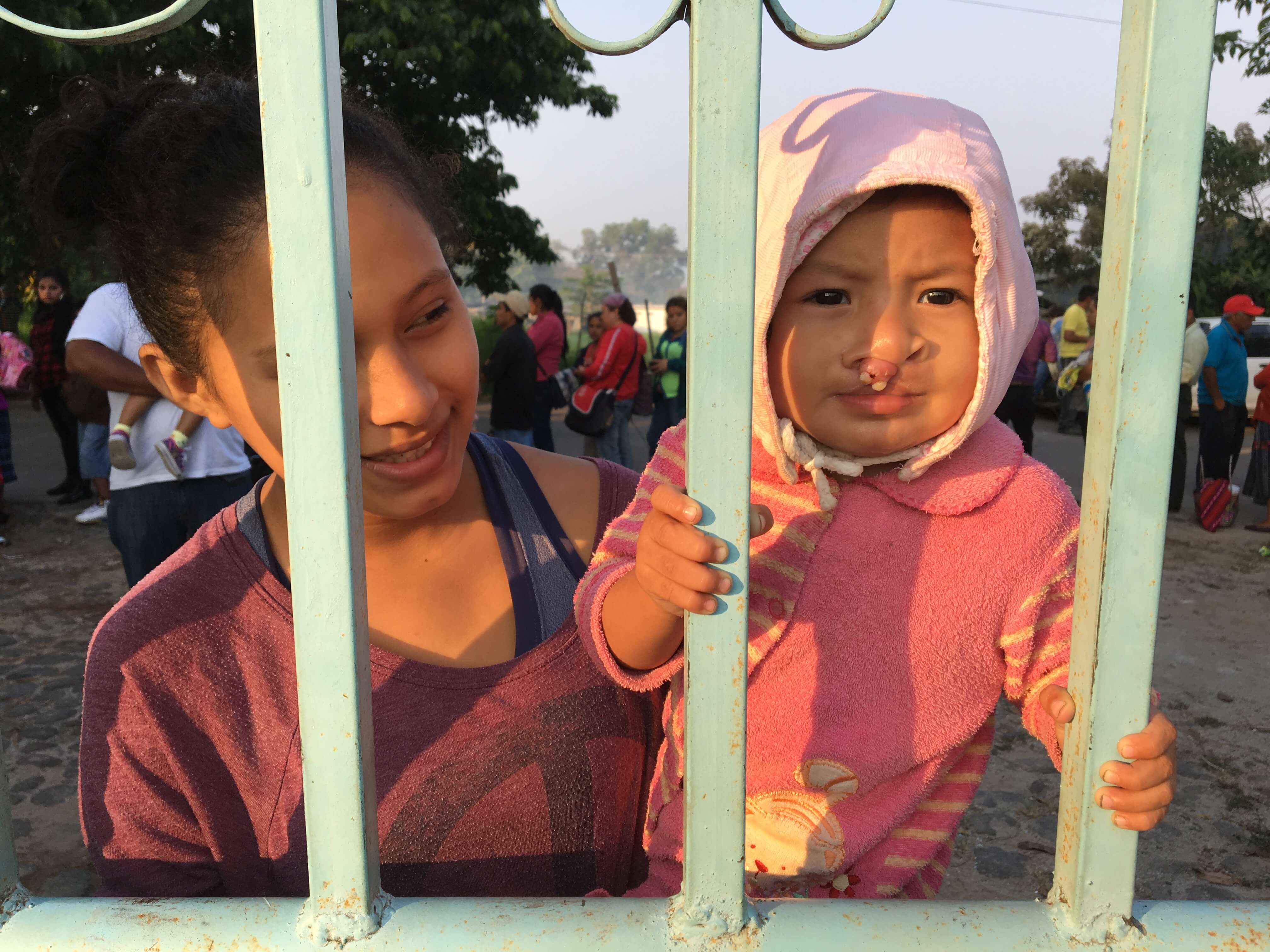 A mother and her daughter traveled for three hours to the hospital.

The first full day of surgeries was inspiring. One father and his teenage son walked eight hours to the hospital. Another young girl, Angelica, had never been to school because of her cleft lip. She never had her birth recorded. For all practical purposes she did not exist. She does not speak Spanish, just her region’s dialect.

She is a beautiful child, a Mayan Nefertiti. The mayor of her village heard about the Rotaplast mission and brought Angelica and her mother to Retalhuleu.

Angelica was painfully shy, keeping her head down and avoiding eye contact. When I tried to photograph her, she cried, but eventually consented when we told her that her photos would help thousands of other kids like her. For an instant, she forgot her shyness and smiled.

Angelica has never been to school and speaks only her native dialect.

Her surgery went well. Surgeon James Hoyt, a Rotarian from Yakima Washington, crafted a miracle. When she and her mom returned on April 7 to have her stitches removed and to be checked for any signs of infection, she smiled once again. 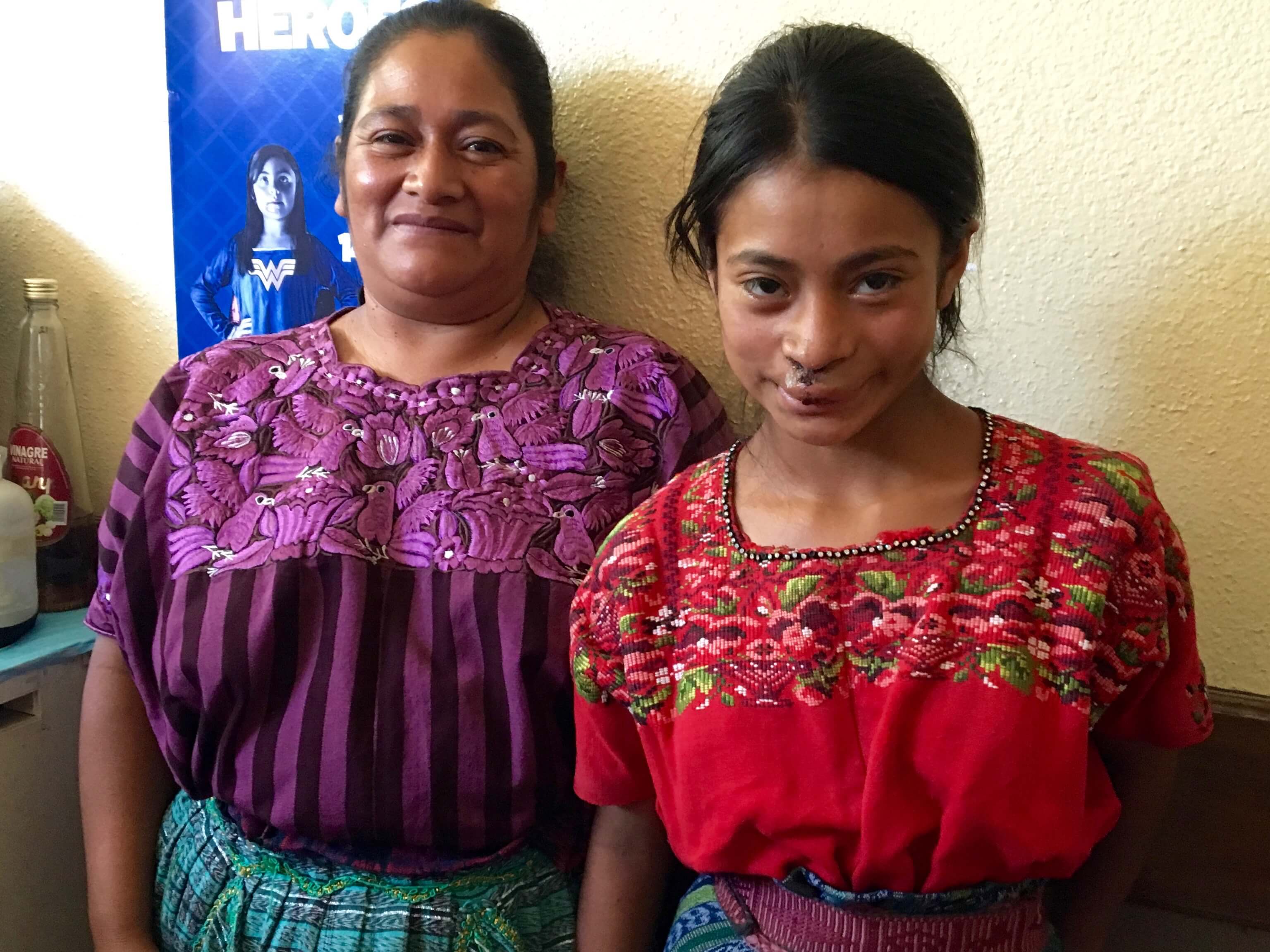 Angelica is getting over her shyness.

The Rotary Clubs of Guatemala City and Antigua have vowed to see that Angelica gets the other treatments and therapy she needs. Thanks also go to the Rotaplast Foundation of Guatemala, whose new president, Milton Solis MD, was also a surgeon working on this mission to Retalhuleu.

Over the last two days, our team has performed 34 surgeries. The ripples from this work spread wide. Each patient, and his/her family, their village and school are changed for the better. Like Angelica, th... Read More »

Mission Director Randy Floyd carries a young girl into surgery. The surgeries continue on Friday. The team has gelled in the last three days, and an already smooth operation is humming along. Each day 17 m... Read More »

Saturday was the end of a long week of registering, examining, doing surgeries and helping the patients in recovery. Dozens of patients have already gone home with their parents, and we hope that they all ... Read More »