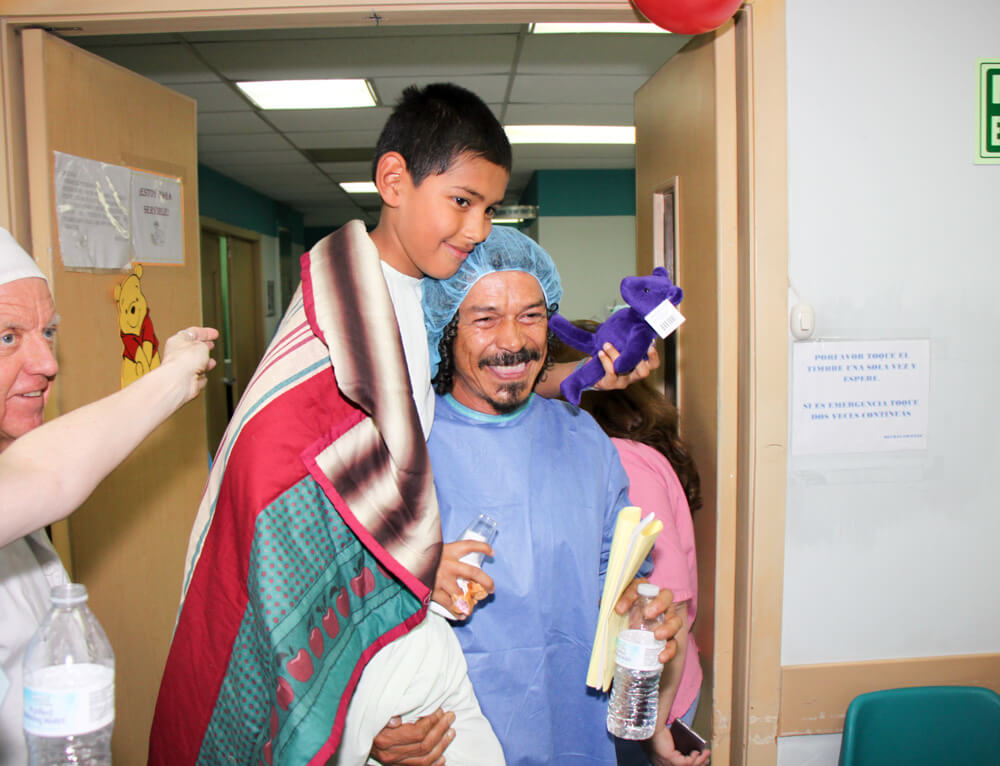 This morning when we arrived to the hospital, we found the lobby of the operating room decorated with red balloons. On the wall, a banner and heart-shaped poster conveyed a warm message of gratitude from the hospital personnel. 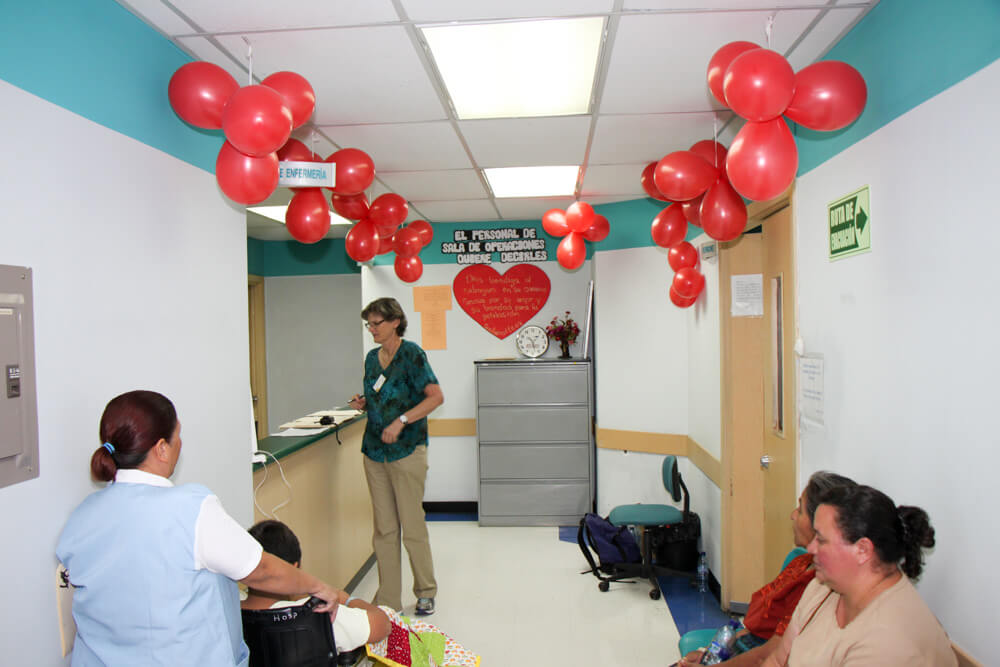 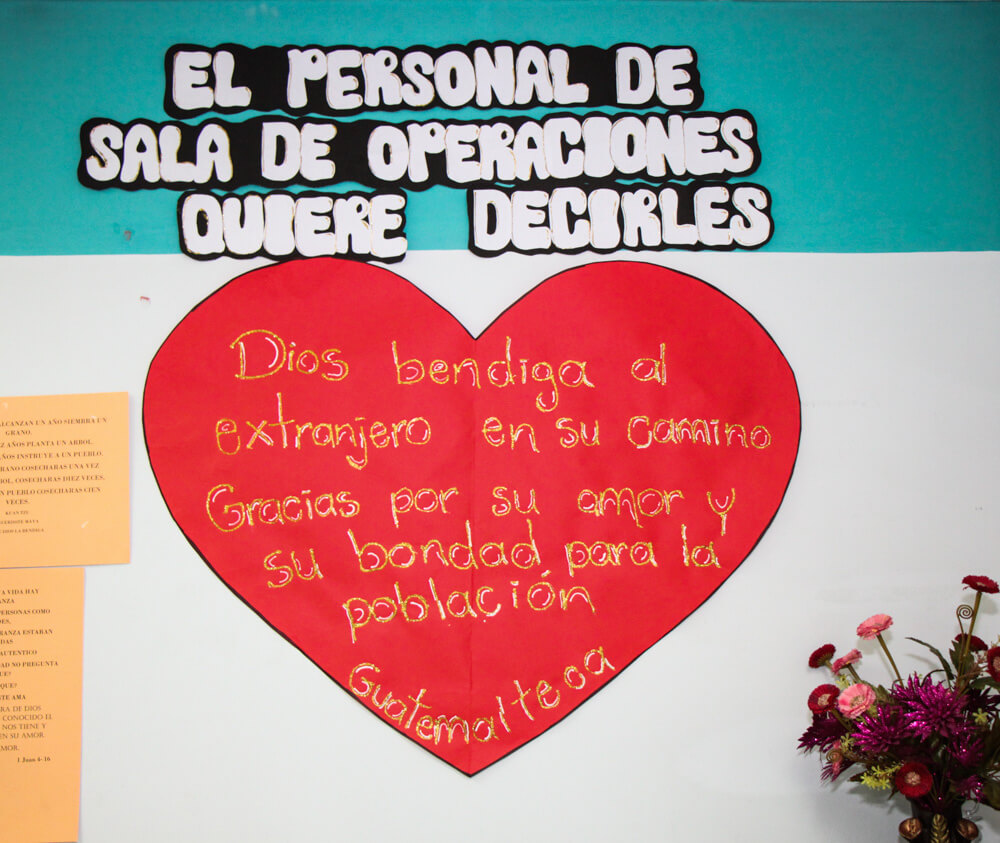 The operating room personnel want to tell you: “May God bless the foreigner on his way. Thank you for your love and your kindness towards the Guatemalan people”.

Several patients were discharged today. All of them were recovering well and eager to head home. Among them was Lesbia whose story is illustrative of the challenges many families face and the sacrifices they make to provide opportunities for their children.

Lesbia and her family endured a 7-hour bus trip to Guatemala City. Having spent nearly all the money they had getting here, they were staying in a local “pension” sharing a room with fifteen other people. When the mission coordinator for the local Rotary Club called them to report for surgery, she learned that they were eating very little in order to save whatever money they had to pay for their lodging. 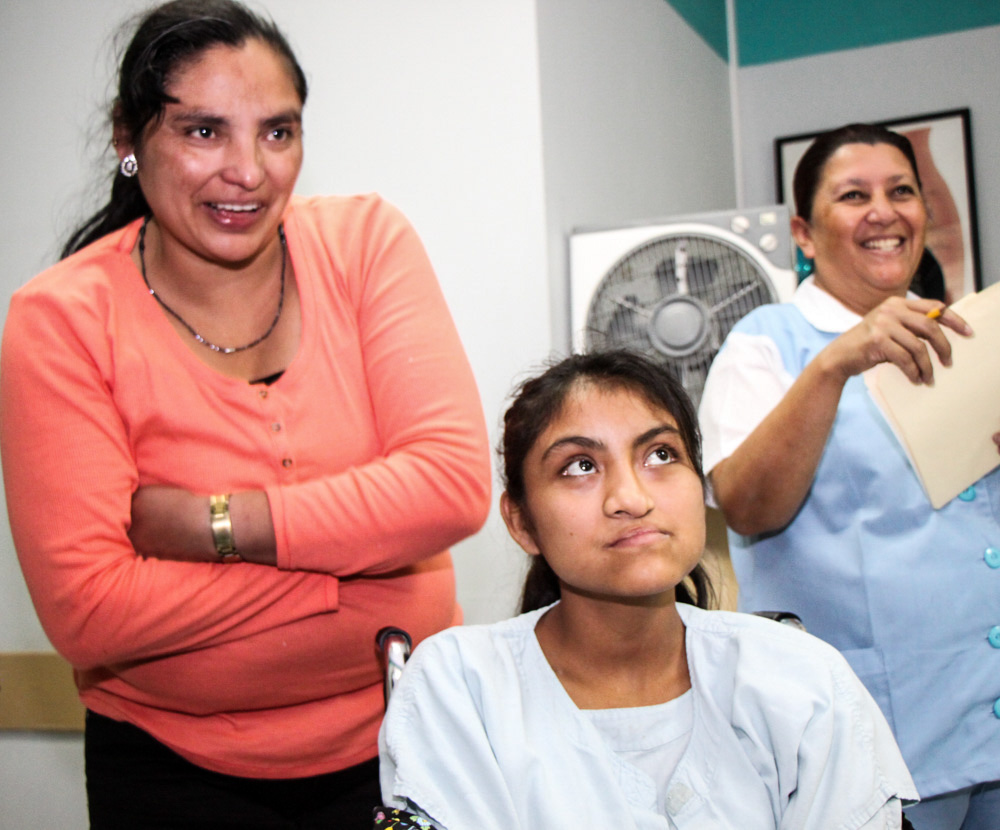 Lesbia is about to enter the OR. 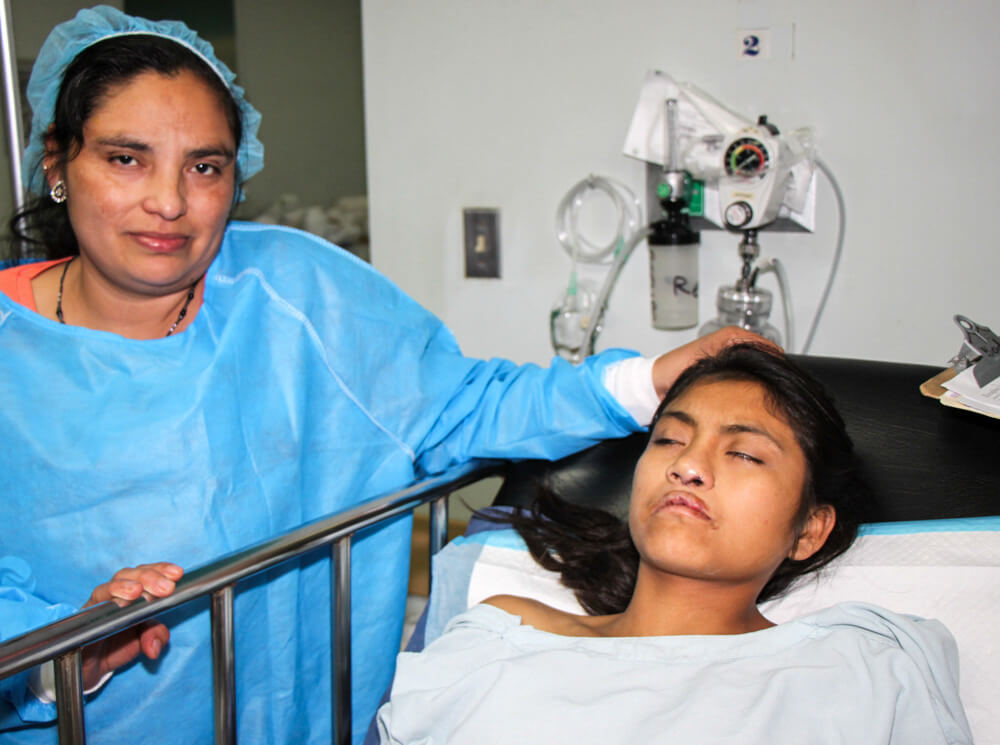 Today the surgeons performed mainly cleft lip or nose revision surgery. Not all the patients were children. Some of them were teenagers and two adults were “walk-ins” whose cases were so compelling that the doctors decided to add them to the schedule. One of them was Petrona.

Petrona, a 31 year old member of the hospital cleaning staff, was encouraged to apply by her co-worker Rosa. She had cleft lip surgery at the age of one and palate surgery when she was eleven years old. However, she could definitely benefit from lip revision surgery. As she was examined and evaluated by our team doctors, her co-workers eagerly waited and hoped that she would be accepted.  Rosa even volunteered to cover her shift on the cleaning crew as Petrona could not afford to lose the money. 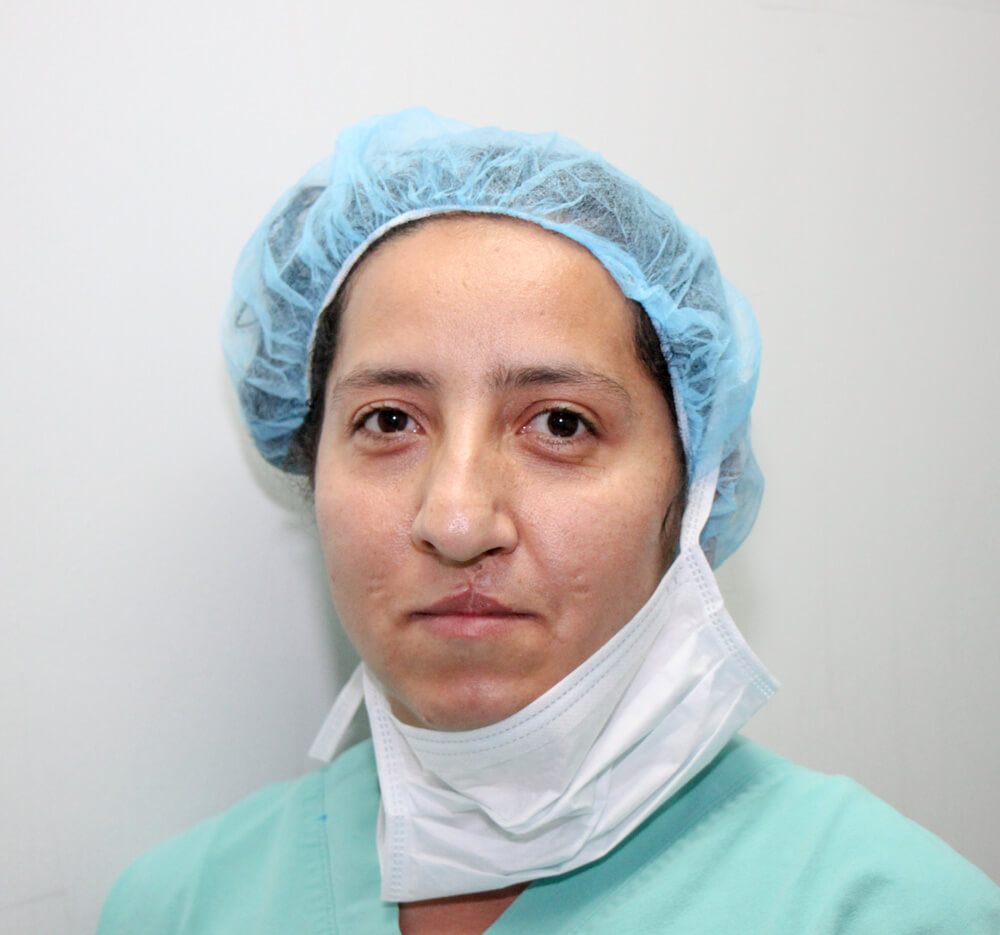 Petrona, in her hospital garb, is waiting to be evaluated. 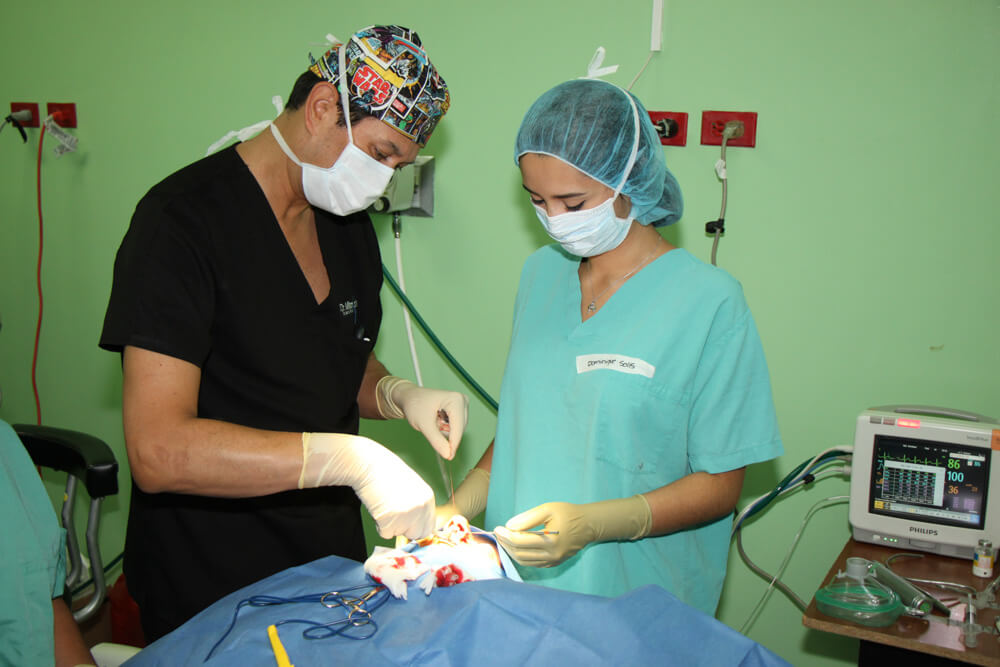 Dr. Solís operates on Petrona. He is assisted by his daughter Dominique. 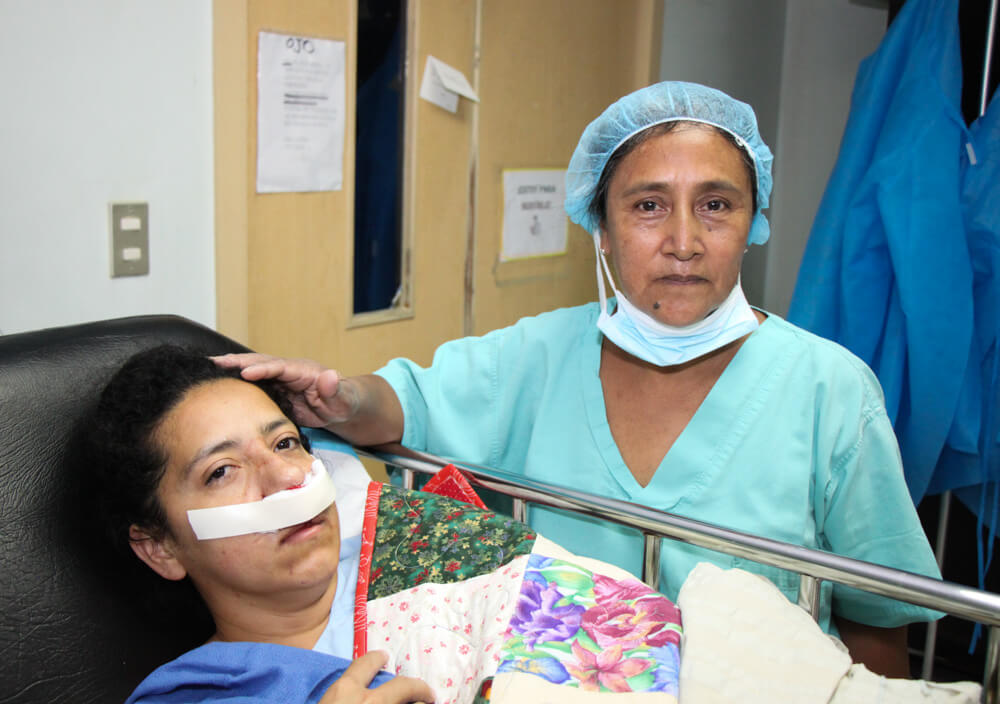 Petrona in the recovery room. Rosa, her friend and champion, stands by her side.

Hamilton has had several lip and palate operations, including palate surgery during the Rotaplast 2016 mission. On Pre-clinic Day, he and his grandmother were warmly reunited with several Retalhuleu “veterans” for whom he brought gifts that he had made. Today, he will have lip revision surgery and, hopefully, tomorrow, he and his abuelita will start their long journey home feeling our love and support. 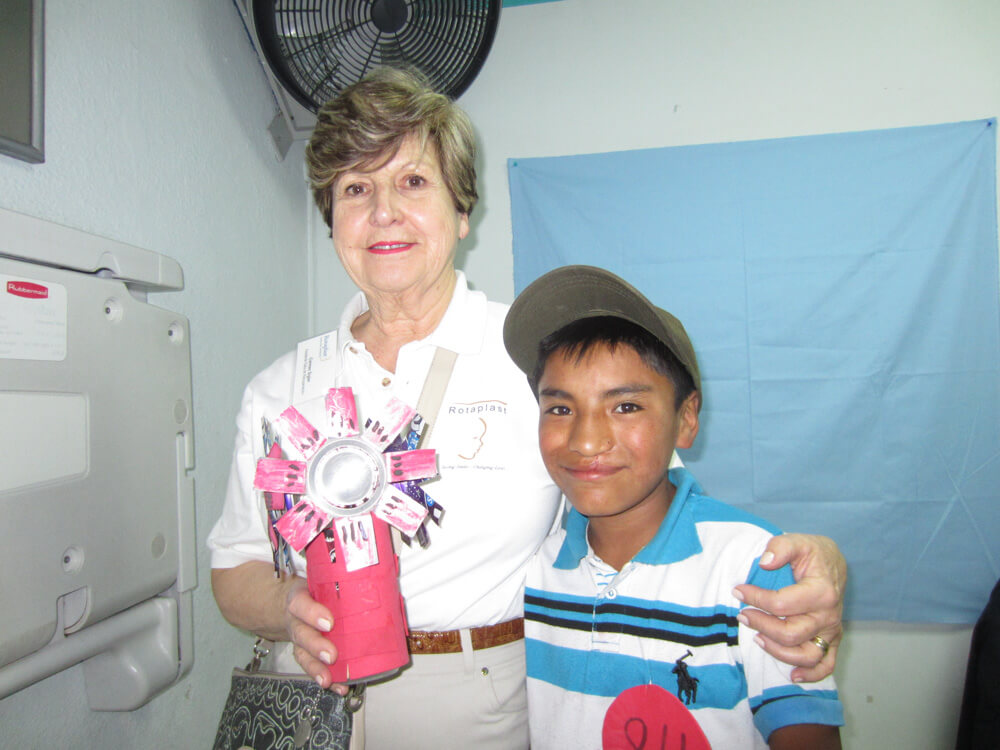 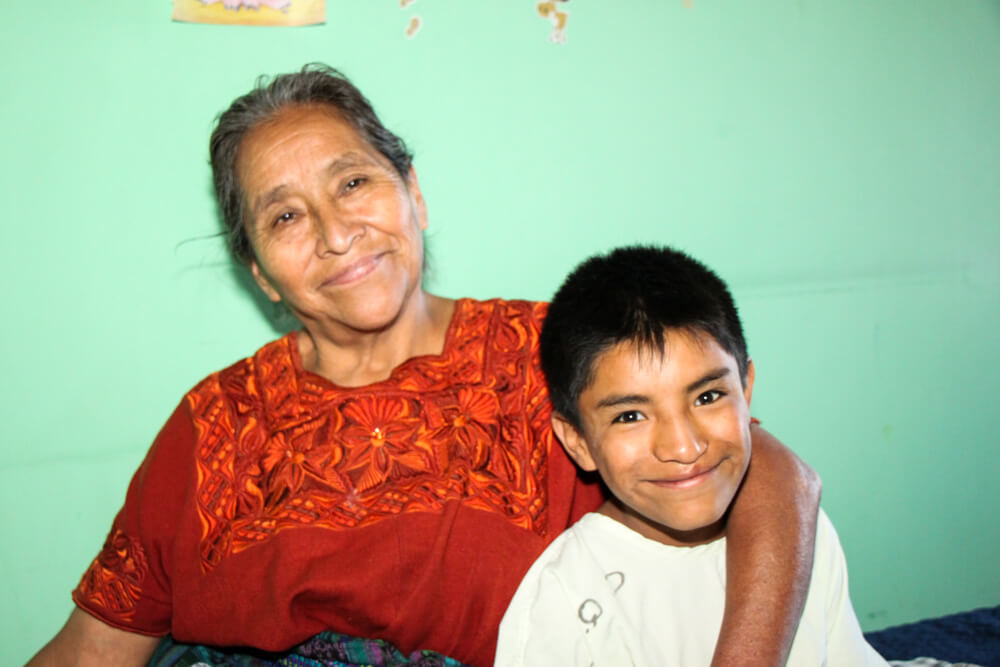 Hamilton and his grandmother wait for him to go to surgery. 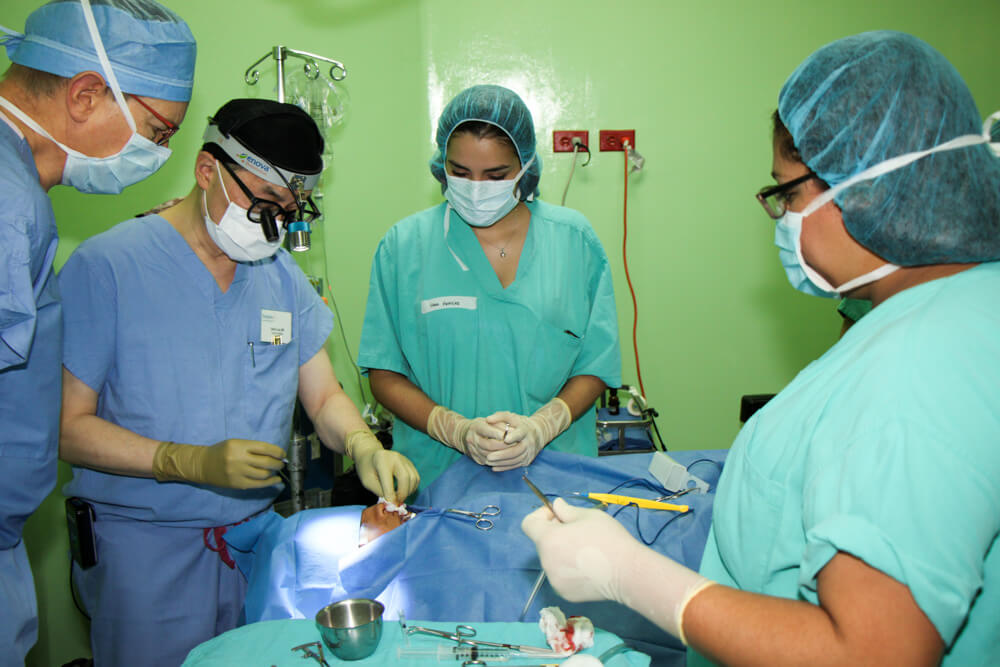 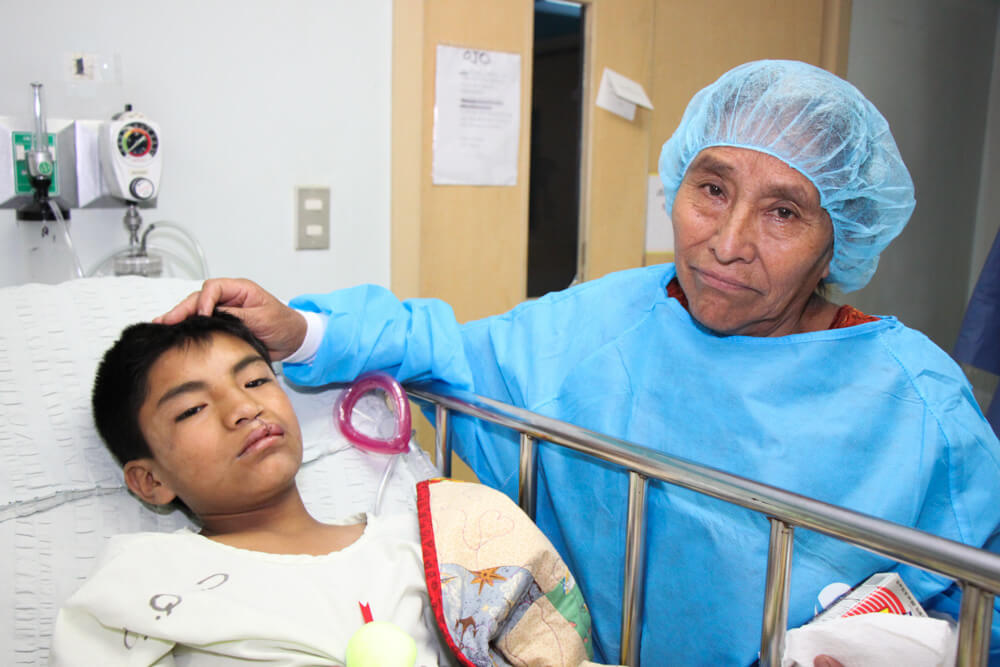 After surgery, Hamilton recovers in the PACU. As always, his abuelita is by his side.

As the last day of surgery comes to a close, a jubilant father carries his son out of the PACU. 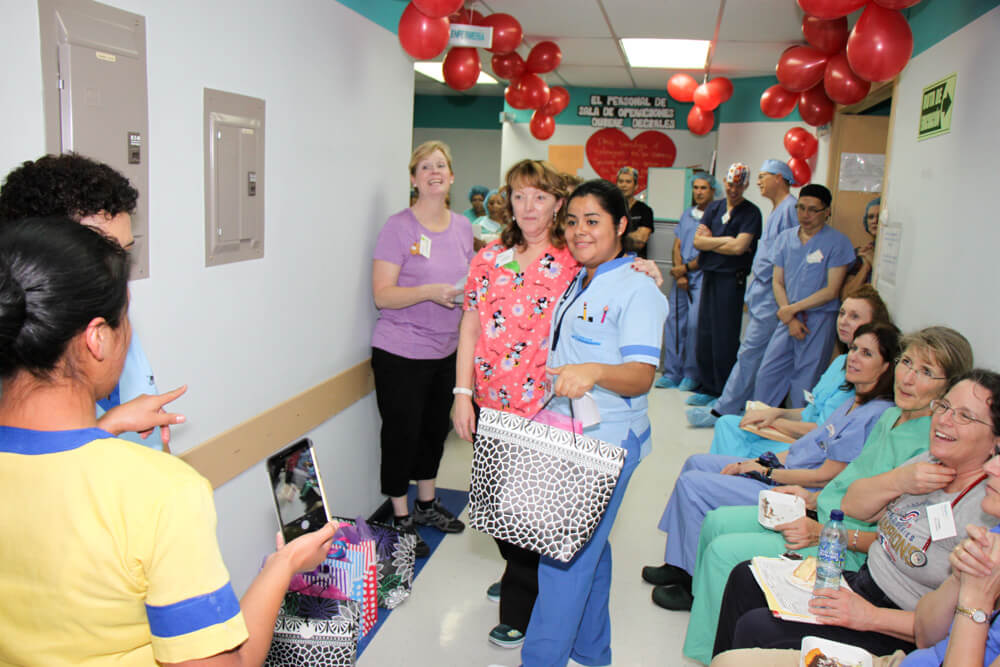 And the happy doctors, nurses and volunteers celebrate and exchange gifts.

As is customary on the last day of the mission, today the doctors conducted the final post-operation examinations. All of the patients that returned to be evaluated were doing remarkably well. It was parti... Read More »

After a long night of redeye flights we finally made it to Guatemala City! Surgeons, Pediatricians, nurses, and other volunteers have come from the Boston, Rhode Island, Hawaii, Oregon, California, Washing... Read More »

Today patients began arriving at the hospital, some as early as 3am. The inner courtyard of the hospital quickly filled with patients and family members as they patiently waited to be screened by our pedia... Read More »