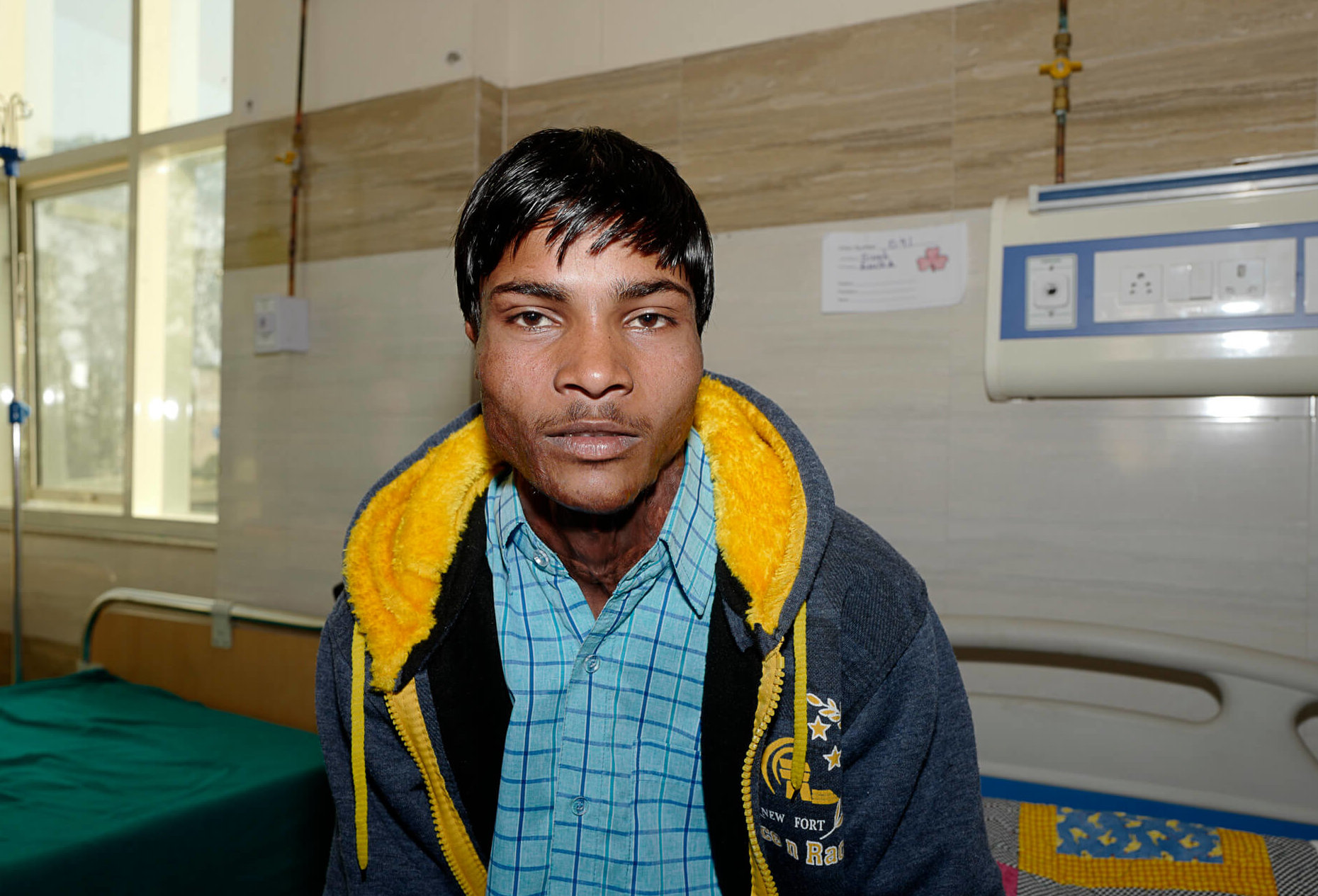 It is day four and the rhythm of the team is flowing easily. We get to the hospital in the morning, after our breakfast and review of the day. Setting up our various stations now happens without many questions and then the doors open. Now when we arrive, our patients in the ward are awaiting for word from their physician about when they can be released. While there is 24 hour hospital personnel on site to assist in any needs, the ward is filled not only with the patients, but with their families who remain at the side of their child, frequently sleeping at their side. Meals have been provided by the local Rotarians, for all those in the recovery room who are with the children. The size of the extended family varies from a single father or brother, to a “clan” of five men monitoring one 10 year old boy. The din in the ward increases as the day goes on, and particularly when one of the patients is released. There is an unspoken sense of community that becomes increasingly more evident when someone new joins this “new found family.” 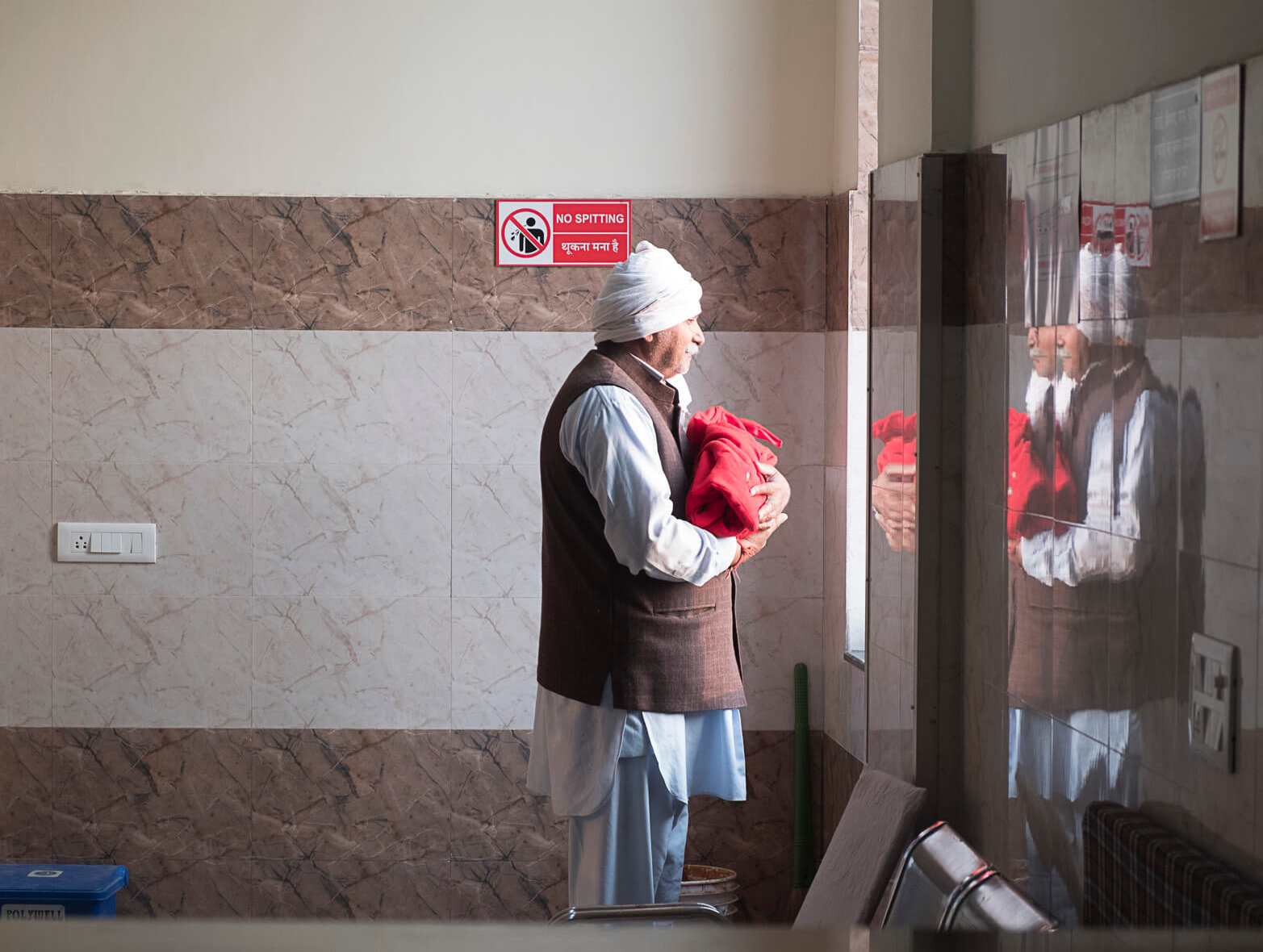 A grandfather with his four day old grandchild, waiting patiently while his older grandson is having surgery.

The cycle of emotions appears to start with that of waiting. What will happen next? When will I be taken in for my surgery? How long will I be away from my family? This is subsequently replaced with self reflection and anticipation on the part of those who are left behind. When will he return? Was it worth the trip? How long will it take to heal this time? Will we have to undergo another surgery? Only some of the answers are revealed before the family returns home. 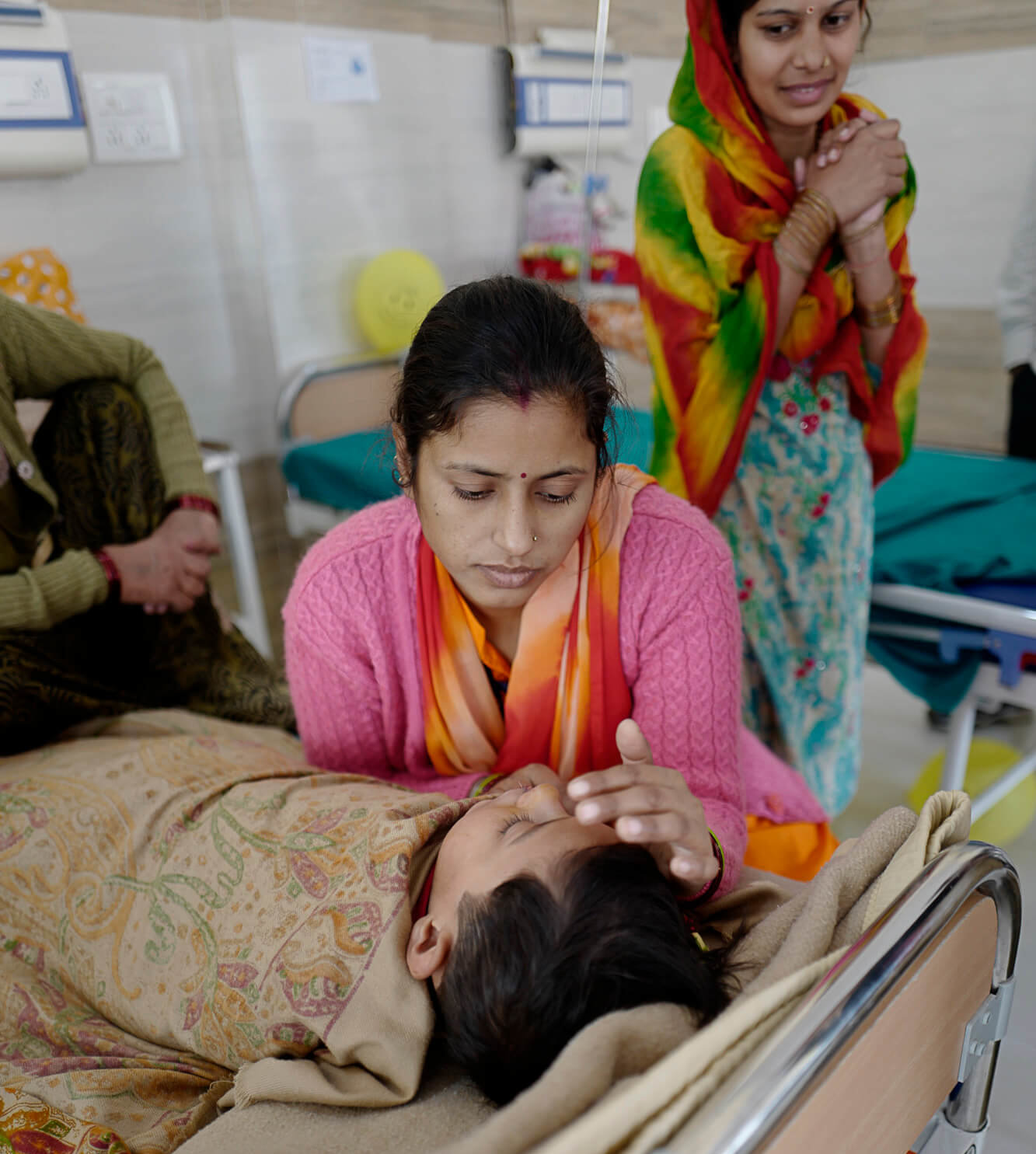 Tending to her young son, waiting for him to react to her tender touch. 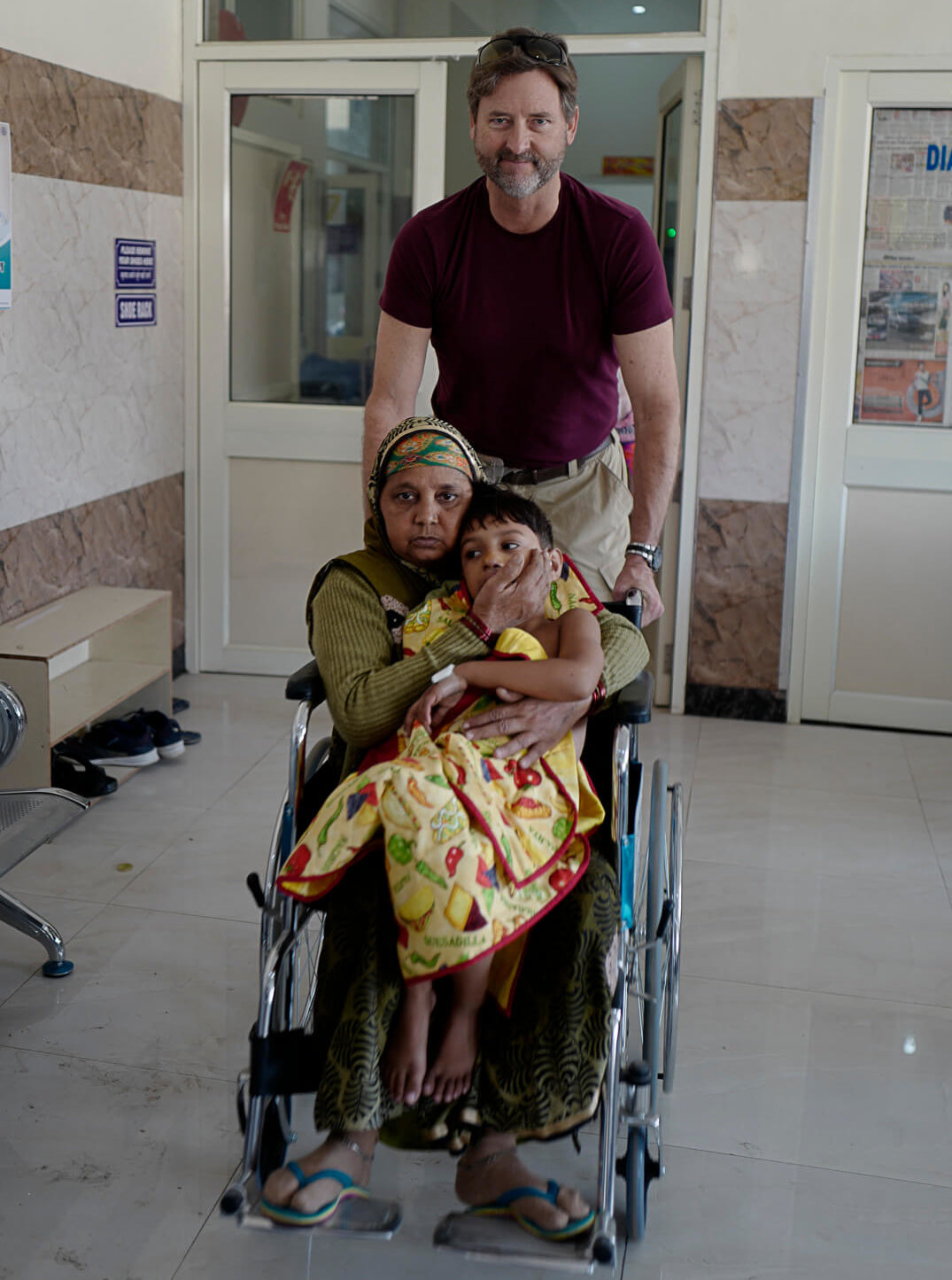 Chris transports both grandmother and her grandson from the post operative ward. 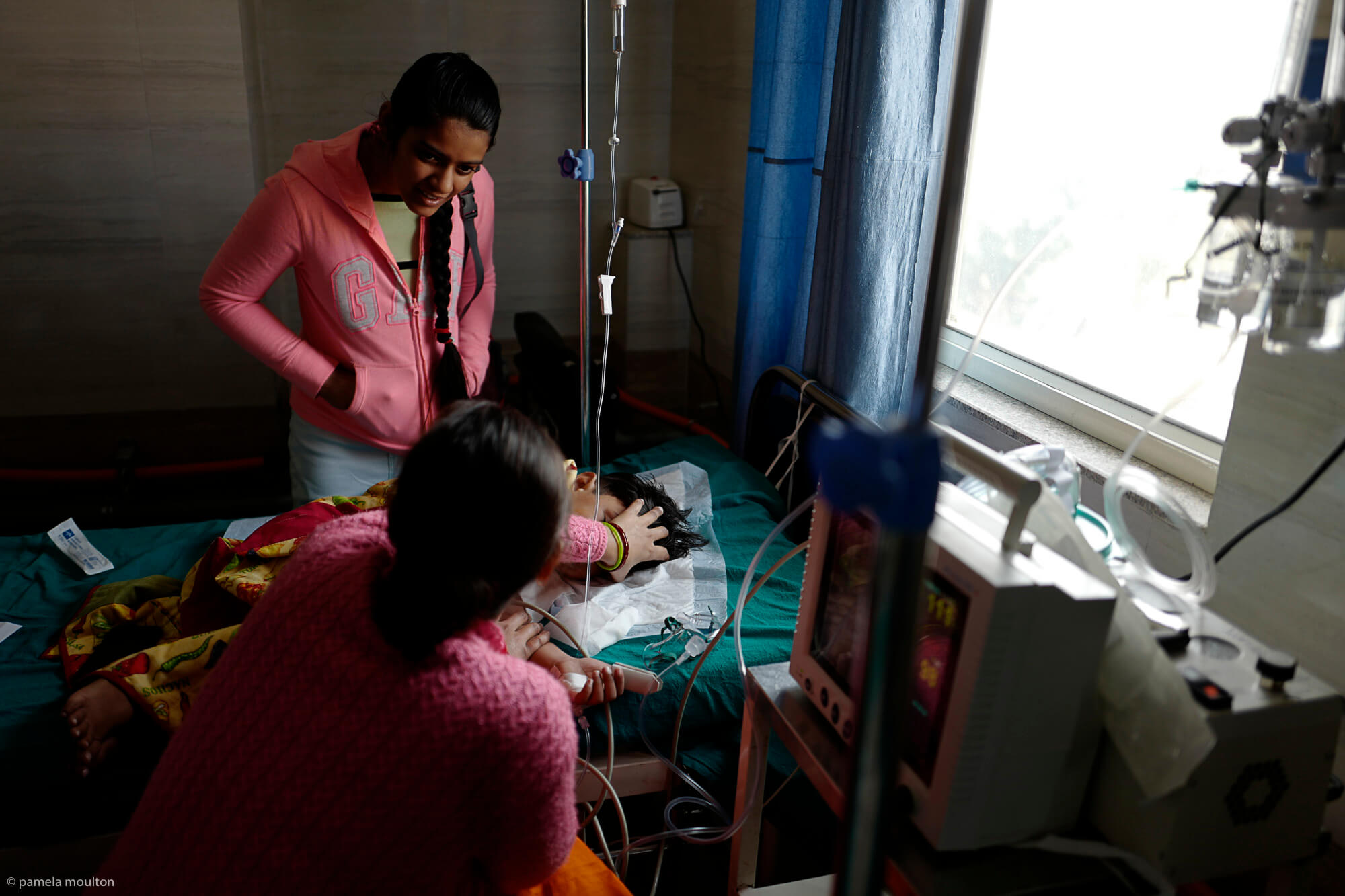 In post-op, tenderly caressing her son’s head, awaiting his awakening.

Every step of the process is clearly intended to engage the child/patient, and family member. The kindness and personal approach with each patient alleviates both the angst on the part of the patient and family, but also team members. It is impossible to not get emotionally attached to each child. On the part of the families, there are on-going words of gratitude towards the Rotaplast team for their effort in being here. It is an environment where everyone appears to be winning! 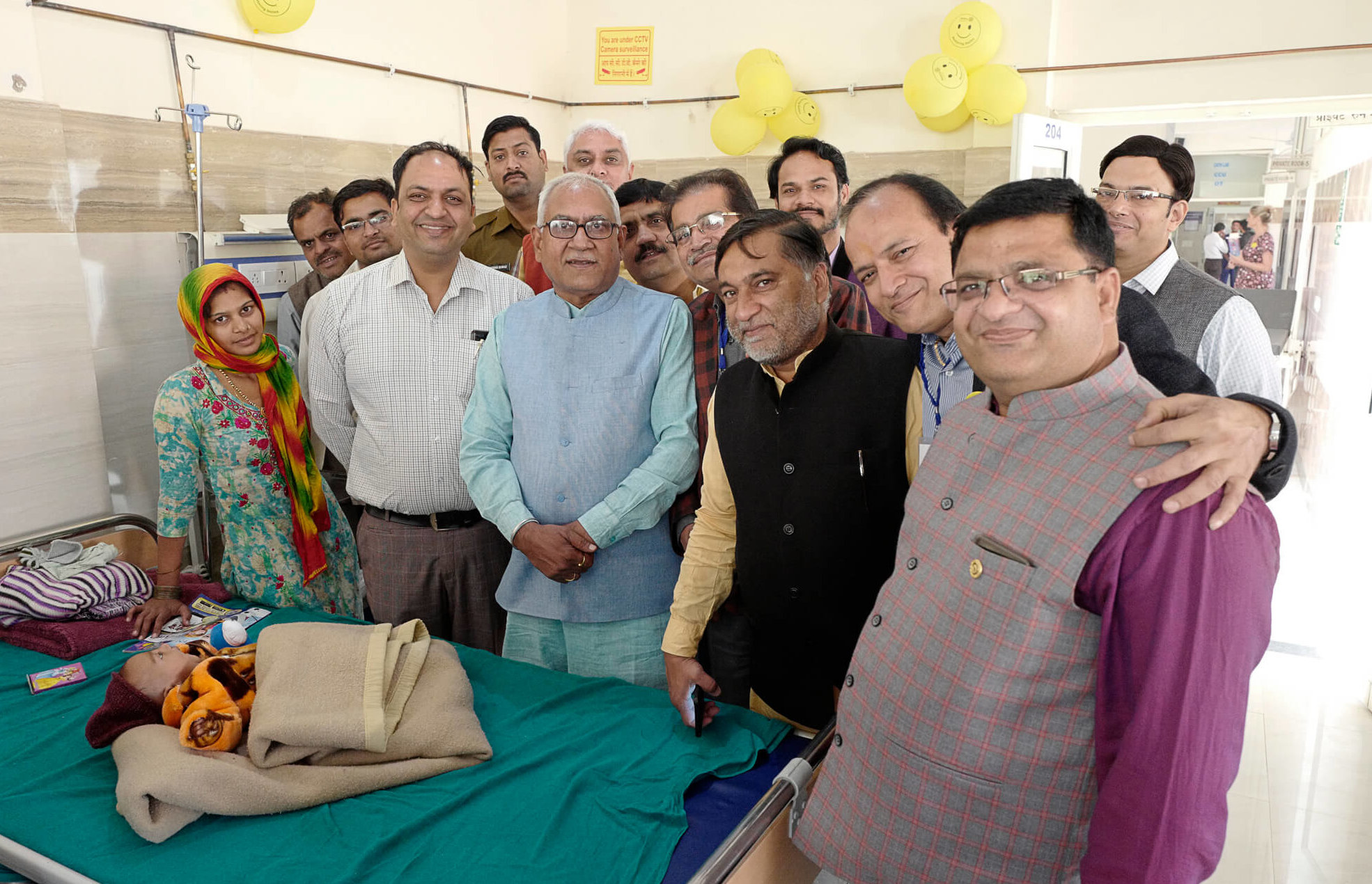 The Rotary Club of Narnaul City under the leadership Hitendra Mittal, invited a former Rotarian, Mahaveer Prashad Sharma, who serves as an Assistant District Commisioner, to visit the clinic and the patients.

The Rotary Club of Narnaul City have been ever present and attentive, both to the needs of the Team, but above all to the patients. They are ready and available to do intake of the clients, provide food, respite for the Team and translation services, whenever needed. They have invited their friends and family members, along with other dignitaries to witness the wonder that happens when Rotaplast comes to town! 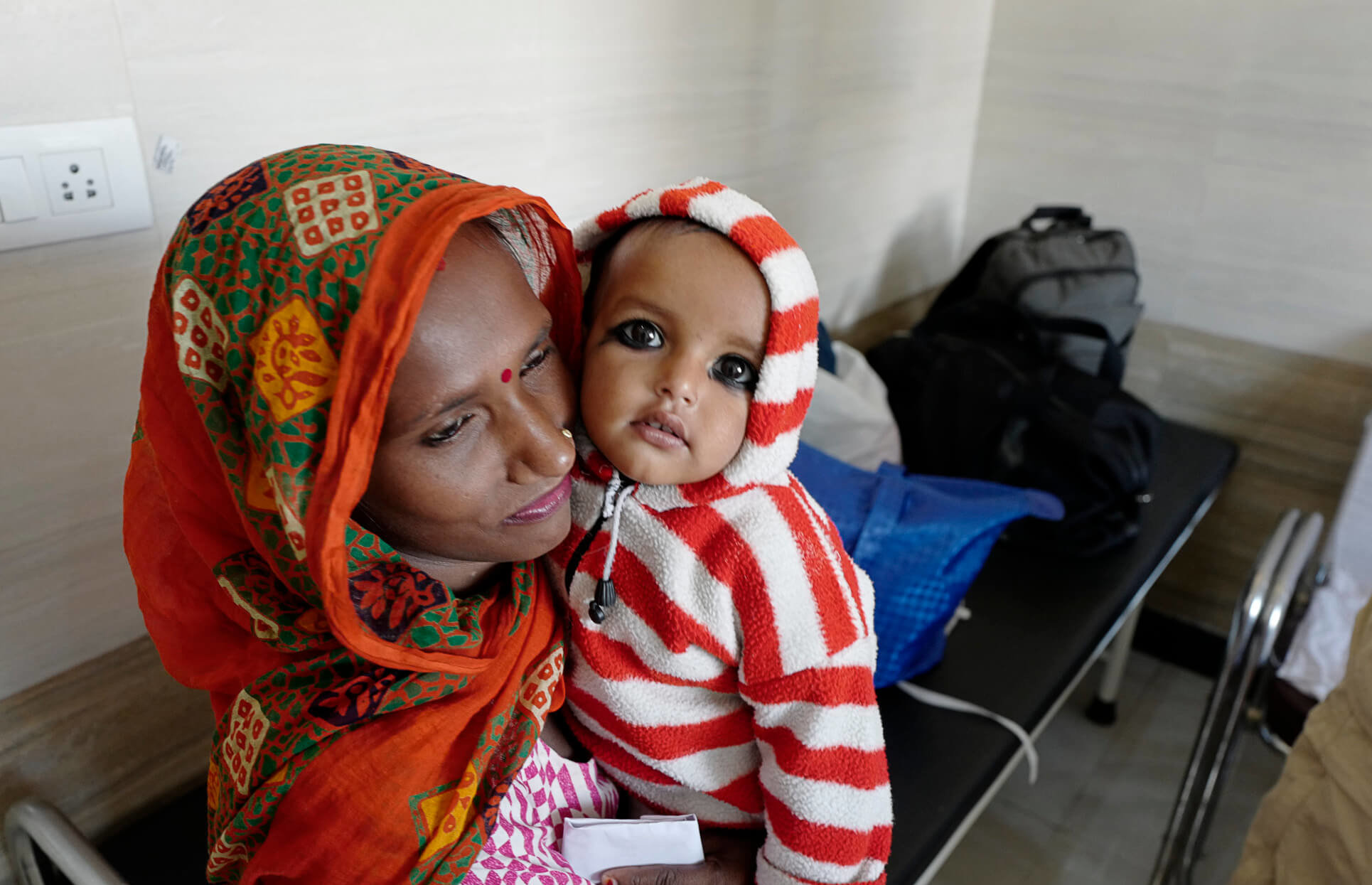 A mother’s tenderness towards her baby is evident as she waits while her three year old  son is preparing for surgery. 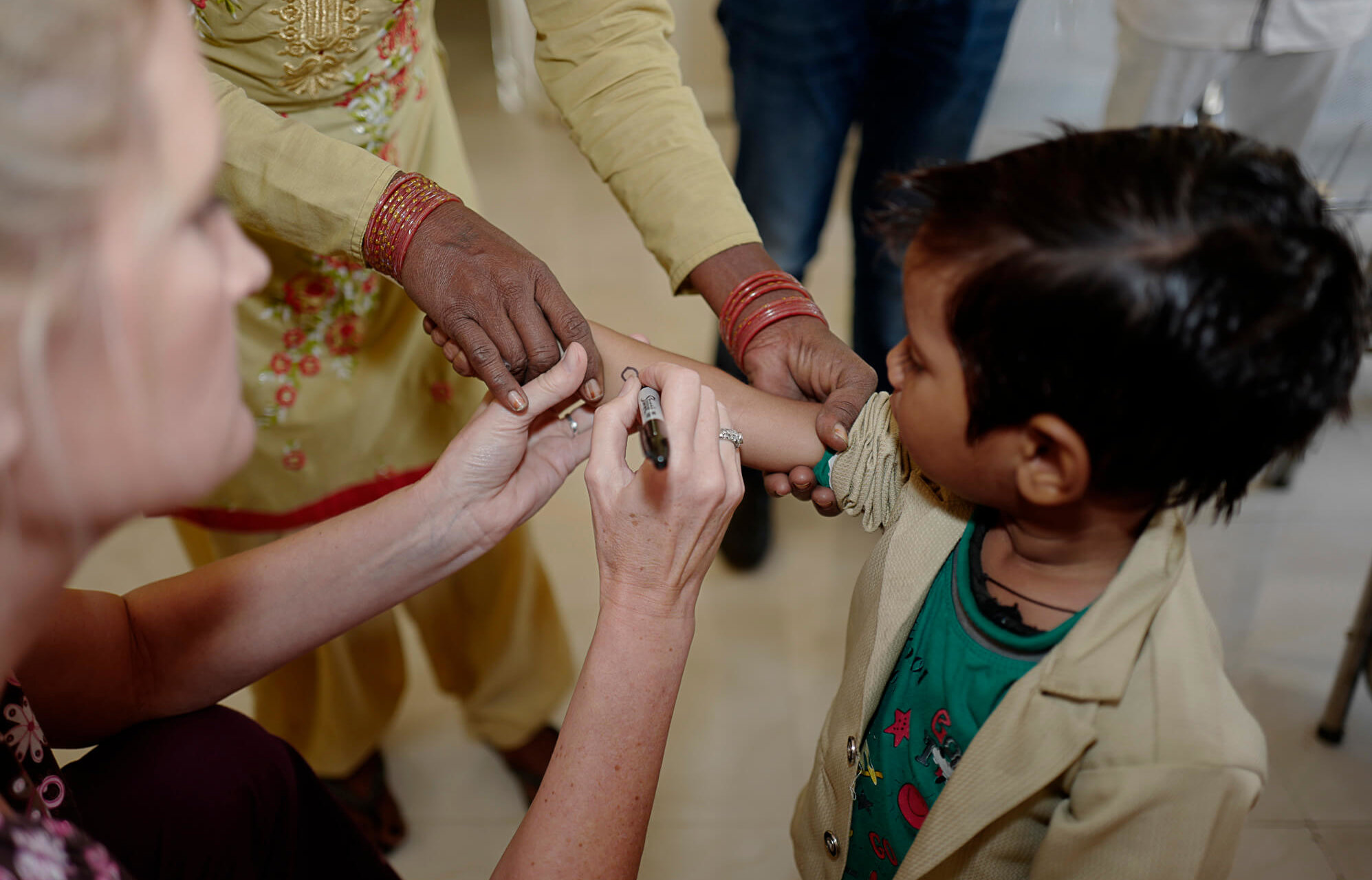 then, he gets his “tattoo” with his identification number. 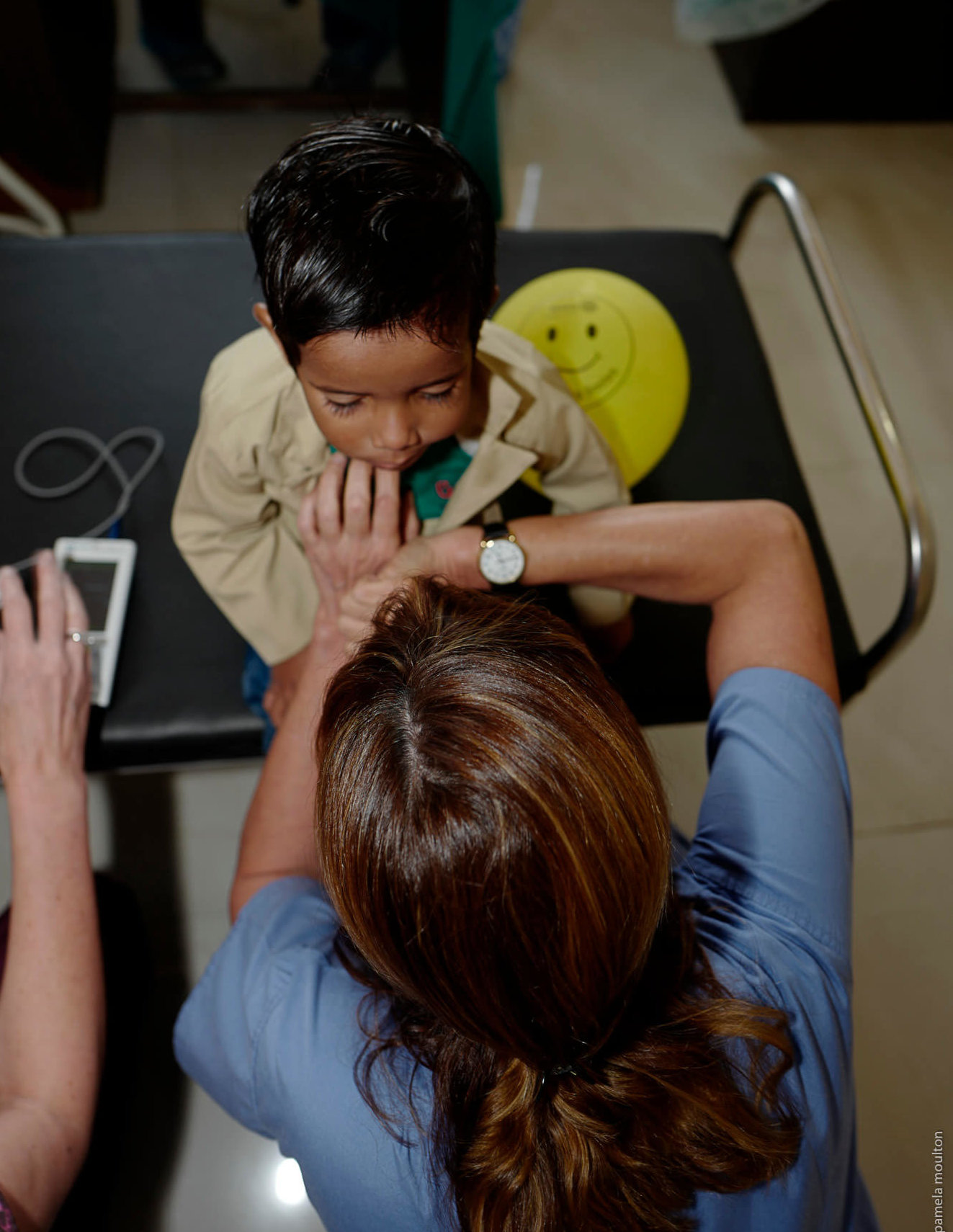 In advance of his surgery, he is having his pulse taken. 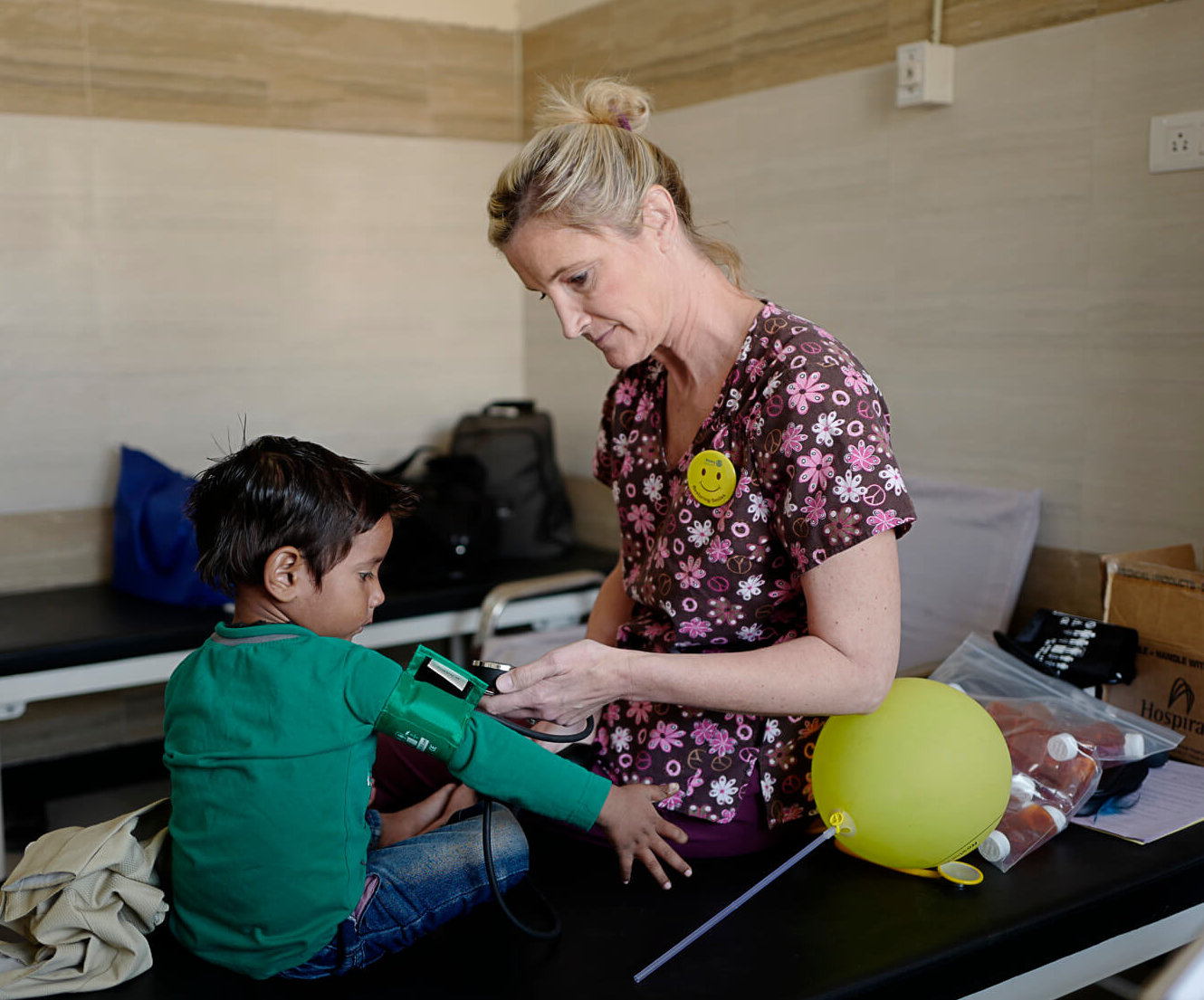 And finally his blood pressure…oK, Good to go! 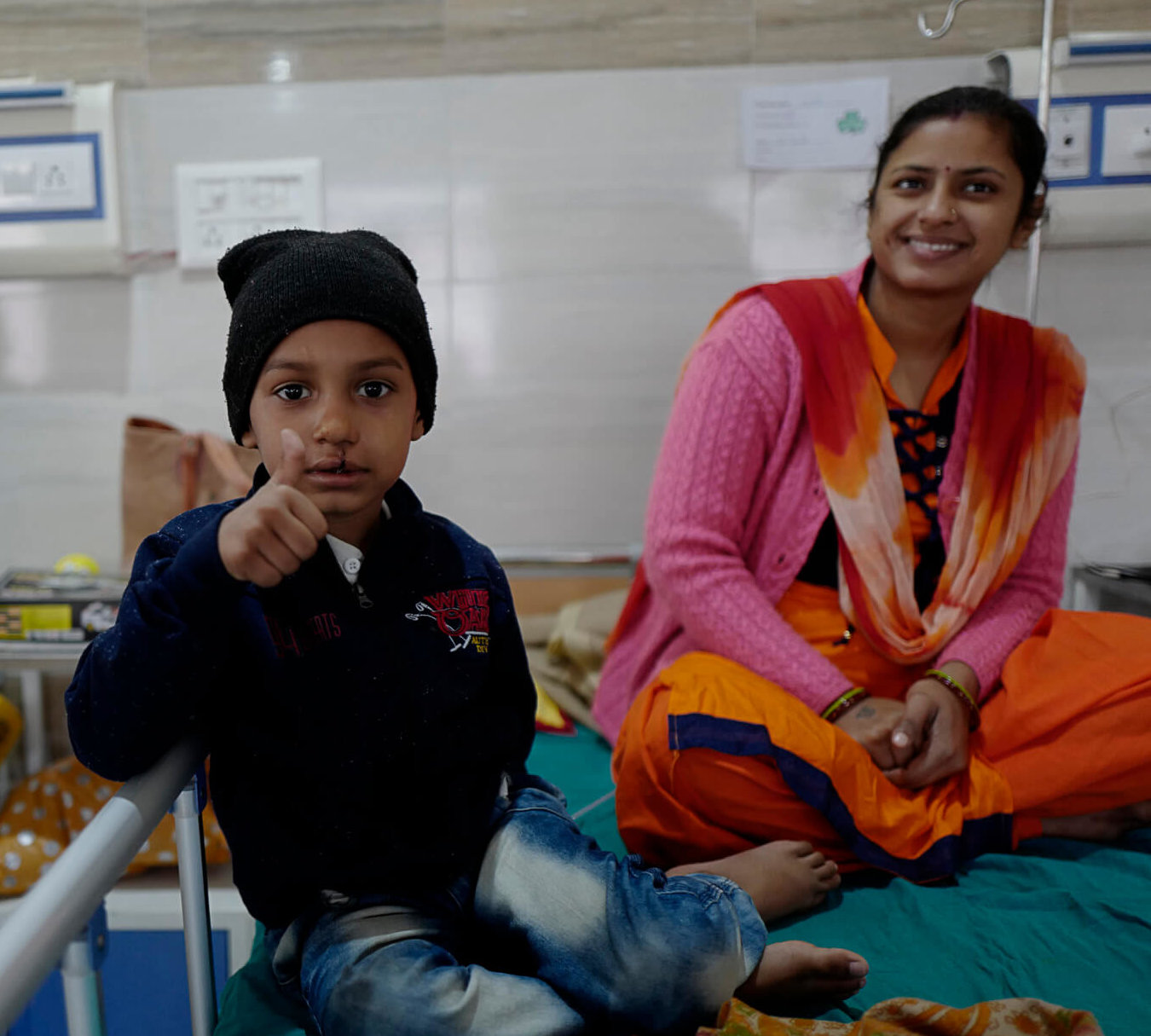 When I started photographing each of the patients, I would give them a thumbs up to indicate that the child had done a great job!  It also indicated that “all is good” to which they would respond with a parallel thumbs up. Now that surgery is over and Arash is giving the universal signal that all is good!

The waiting is over and now the healing process starts again. It is a cycle that many of these families have endured for years, and are aware that the hospital visits and surgeries are not over. Given that, there is still a sense of joy and relief at each step of the way. 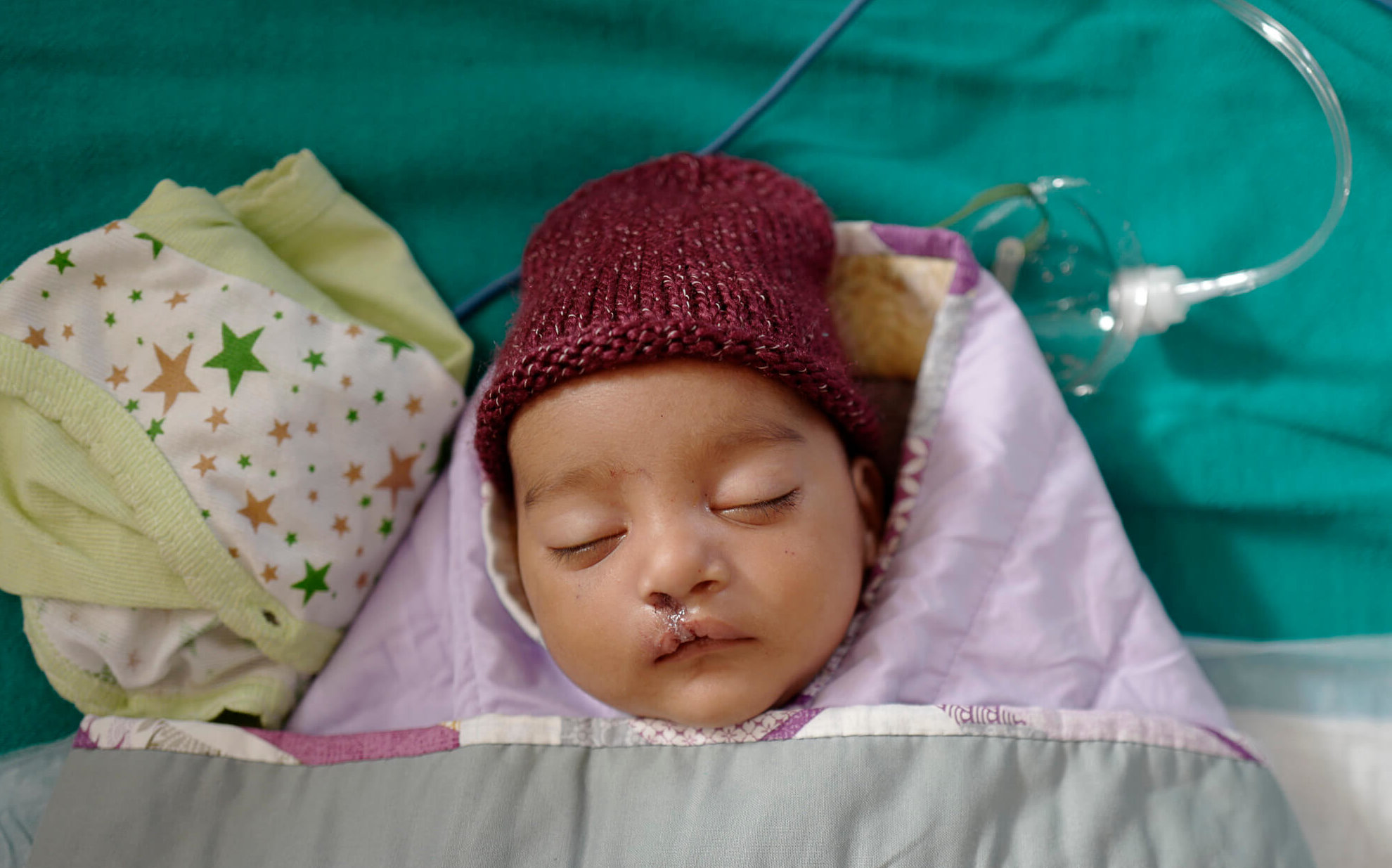 Waiting for the restored smile to emerge! 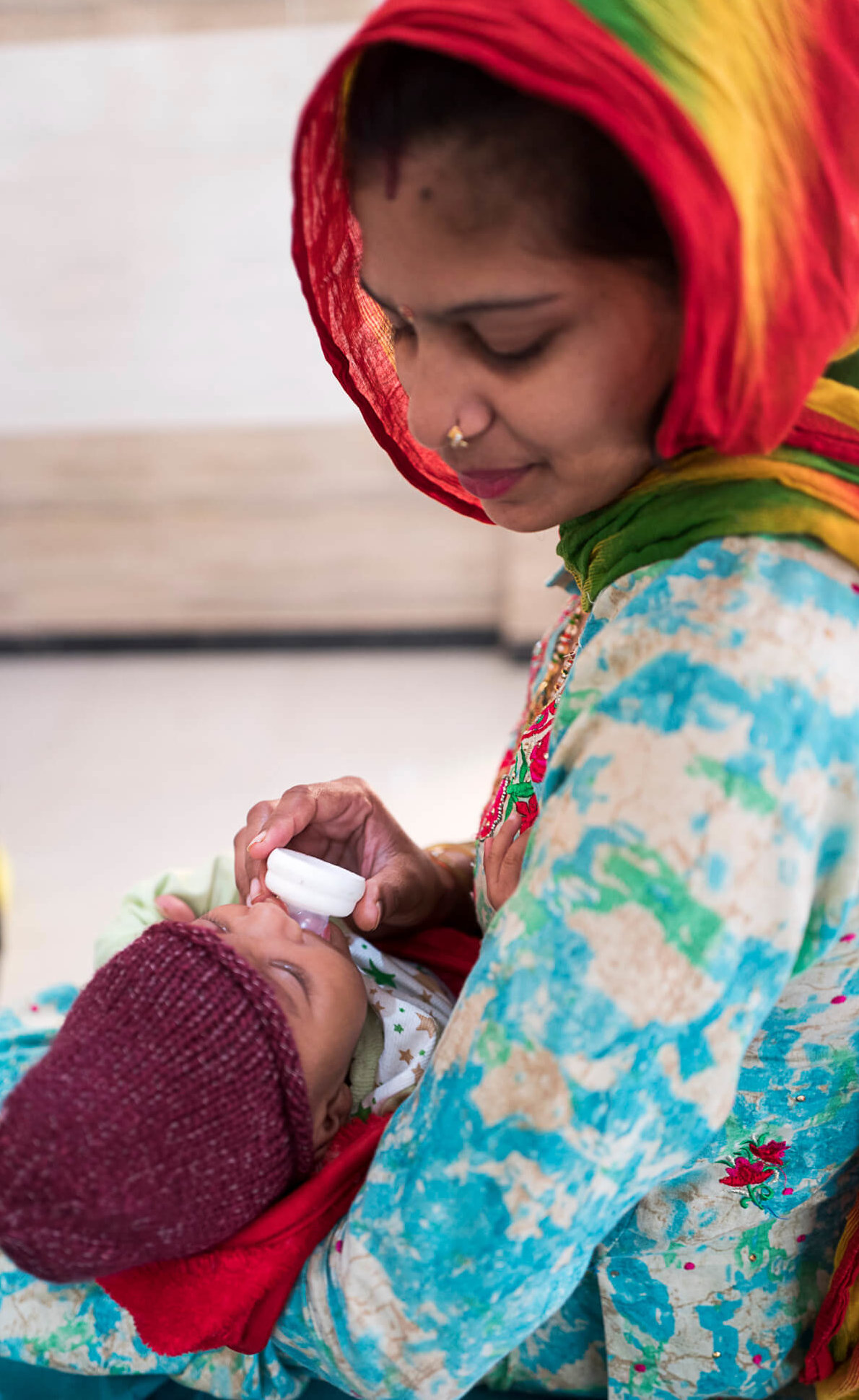 Administering water and love to her son following surgery.

Amar is an 18 year old young man who lives with his parents and three younger sisters. Four years ago, at age fourteen, he was warming food over an open gas stove in his home, when there was an accident. Close to 50% of his body was burned, predominantly on the upper half of his torso. He dropped out of school due to issues of health, pain, finance and overall capacity to maintain himself in the static setting of a school.

He has had two previous surgeries to release the pressure of the burned skin, which was preventing him from moving his limbs. After these surgeries, he was able to find increased freedom of movement, however more assistance and medical involvement was clearly necessary. He found out about the Rotaplast mission and expressed hope that they would be able to release the pressure on his arms, enough to allow him to be able to raise his arms above his shoulder or perhaps his head, after the surgery.  Amar is eldest and only male, in a family of four children. He has three younger sisters. He mentioned that his life dramatically changed after his accident, citing increased nervousness in his day to day activities.

When asked about any future plans or wishes, he paused and said that he would “like to get well, would like to have money, get married and have two children.” Additionally, Amar expressed an interest in having his own home. Amar and his father travelled 7 hours by public transport to reach Narnaul and Rotaplast. They will stay in a “comfort home” while they are in Narnaul. While most of the patients are released within 24 hours, given Amar’s condition, he will likely remain in the hospital for a week.

As a person, Amar is a soft spoken and humble young man who has aspirations of being able to work in the field of mechanics. When asked if there was anything that he might change in his life, he expressed interest in “being perfect on the outside.” His father, a kind and gentle man, made note that his son has suffered so much and only wishes that the surgeons could take his skin for his beloved son. His father also expressed interest in imploring that parents “counsel” their children on the perilous dangers of gas and fire. His name, Amar means Eternity and his last name, Singh, means Lion. In observing his quiet and tenacious manner, it was evident that his parents took inspiration from their son’s nature when naming him.

Amar is just one of the many amazing people who is opening the door to the soul of India -to the essence of humility, kindness and care for each other. What a gift it is for us to be able to engage at this level of service. 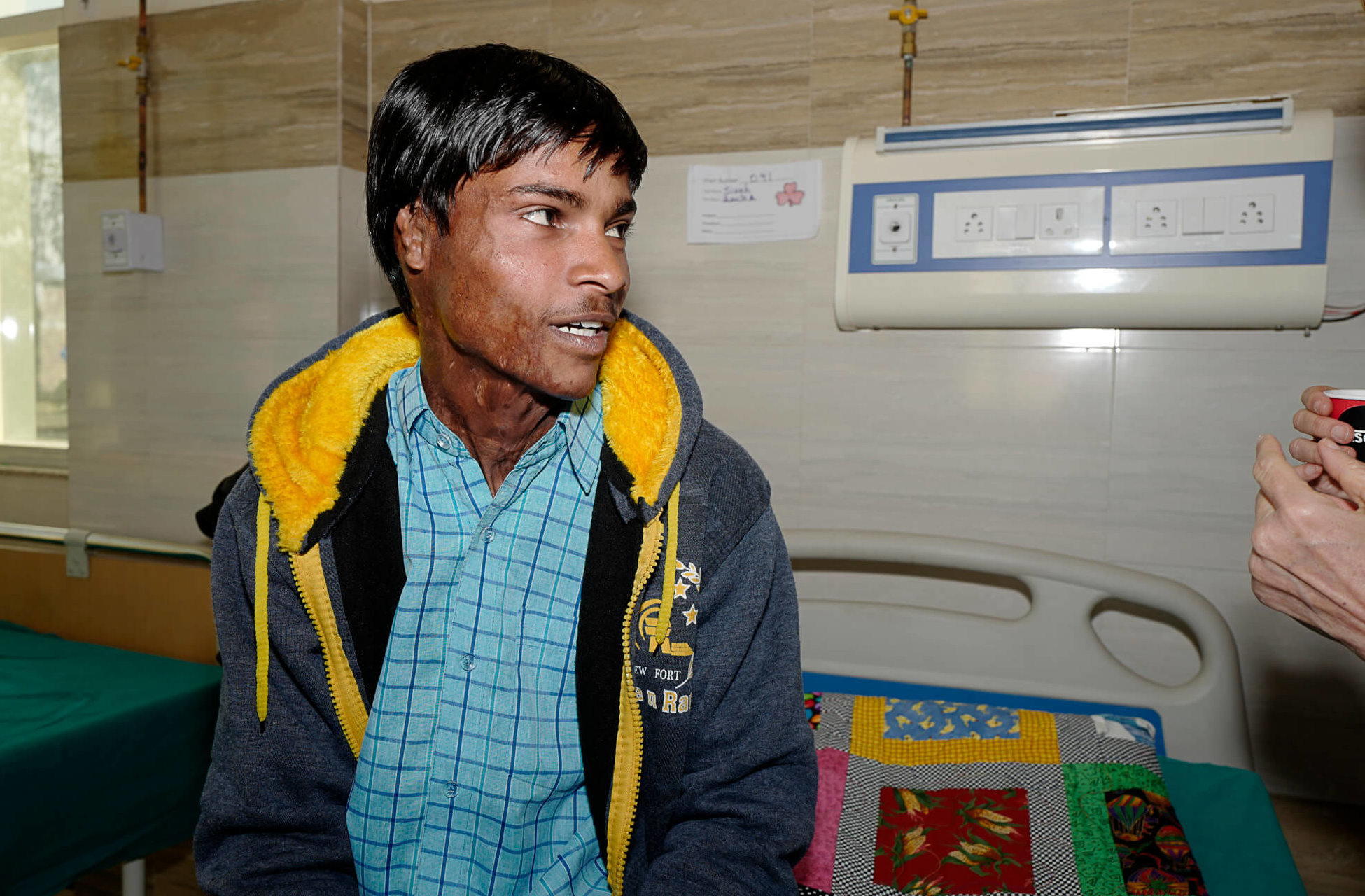 Day 5 and we are already saying goodbye to the first round of patients.  We have developed relationships despite language and cultural barriers.  There appear to be open doors at every turn with our comm... Read More »

This amazing and international team has been carefully assembled to address the needs in this region of the world. With members who speak the language and are sensitive to the cultural aspects, we have bee... Read More »

It’s been almost two weeks since I arrived home.  Time enough for me to reflect on the last couple of days in Narnaul. Coming home to the holiday season, ablaze with tradition and opportunities to g... Read More »