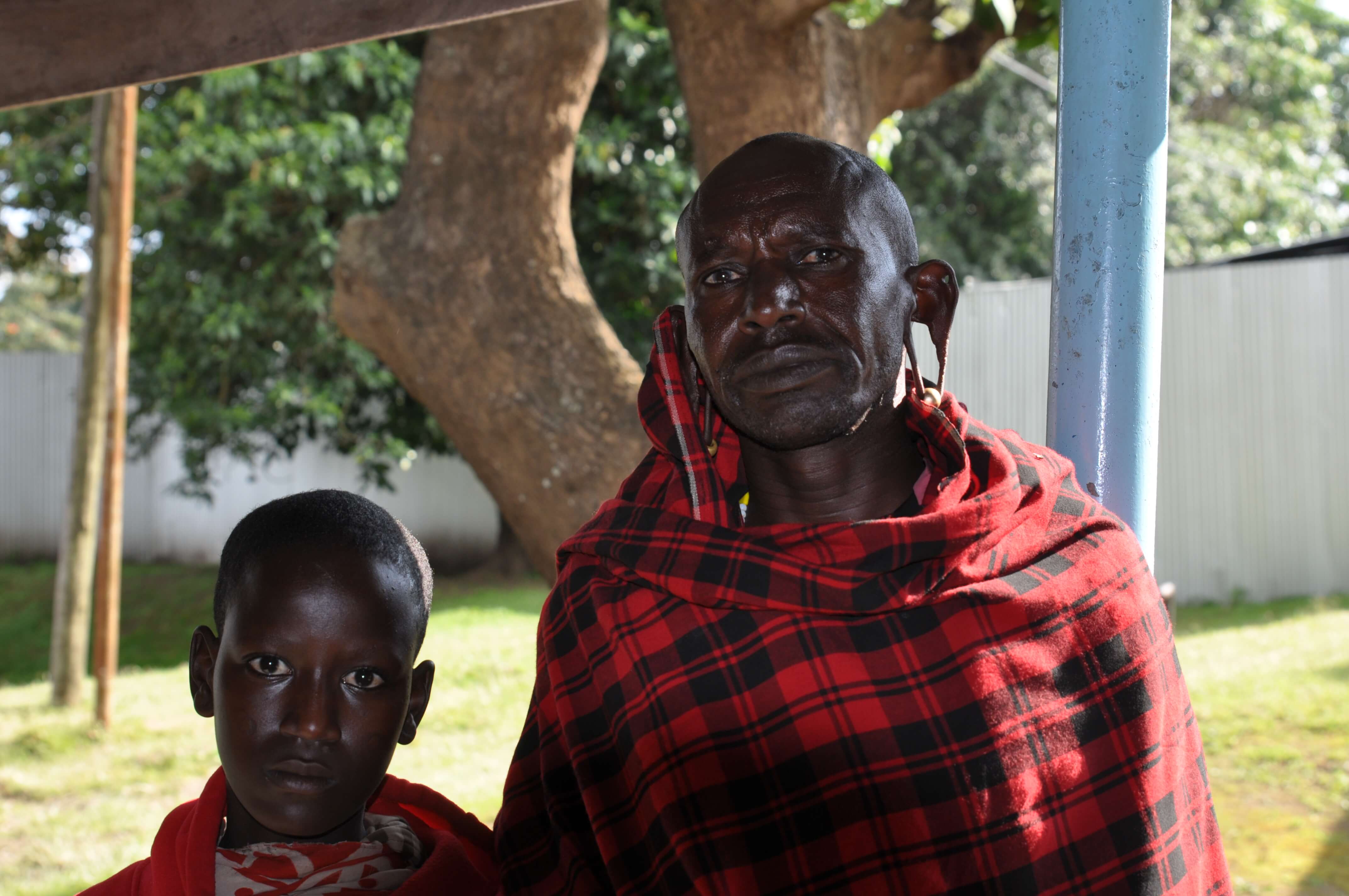 Featured picture is of Nadaro, a 12 year old girl with her father Geieoy.  They live in the village of Matale about 500 KM from Arusha.  Nadaro suffered severe burns on her arm as a result of boiling cooking oil ‘exploding’, resulting in scaring along her elbow limiting any movement of her arm.  They learned about the Rotaplast Mission at a dispensary near her village.

Her father Geieoy was so committed to find treatment for his daughter, they set out on foot, then riding on a motorcycle for many hours (yes, three of them, the driver, father and Nadaro), finally reaching a bus station where they were able to ride on a community bus to Arusha.  Upon arrival at the hospital, the Team determined they would perform surgery the next day, Wednesday.

Unfortunately all available space in the ward was committed, so Nadaro and father needed a place to stay, Dr. Rene Vreuls, Team Lead Pediatrician gave them  money from his own pocket for a place to say the night.

Pictured below is Nadaro walking to surgery with Dr. Conahan. 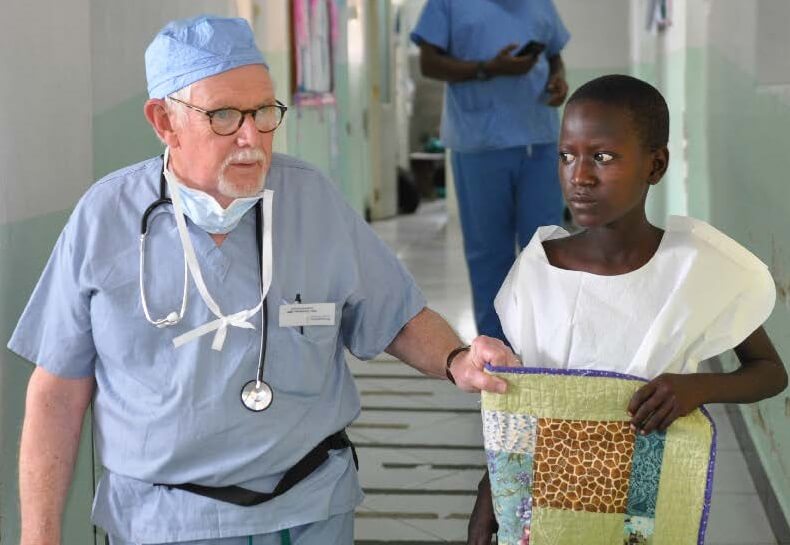 Surgeon’s Sibrand Schepel and Rod Simmonds begin the surgery by removing the scar tissue that is inhibiting use of her arm at the elbow, called a contractures release. 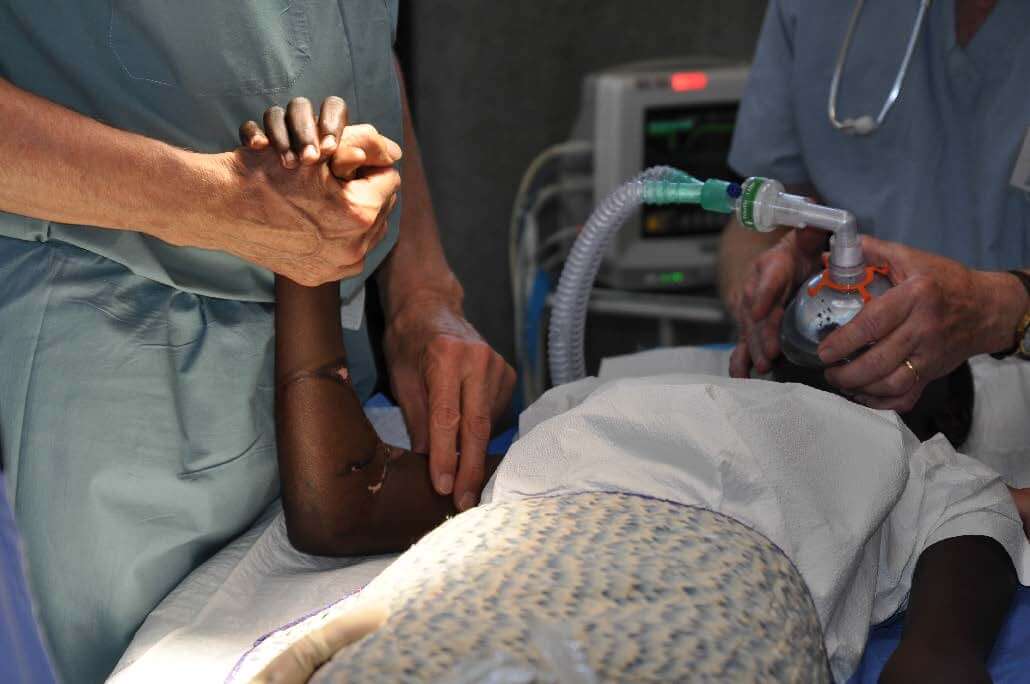 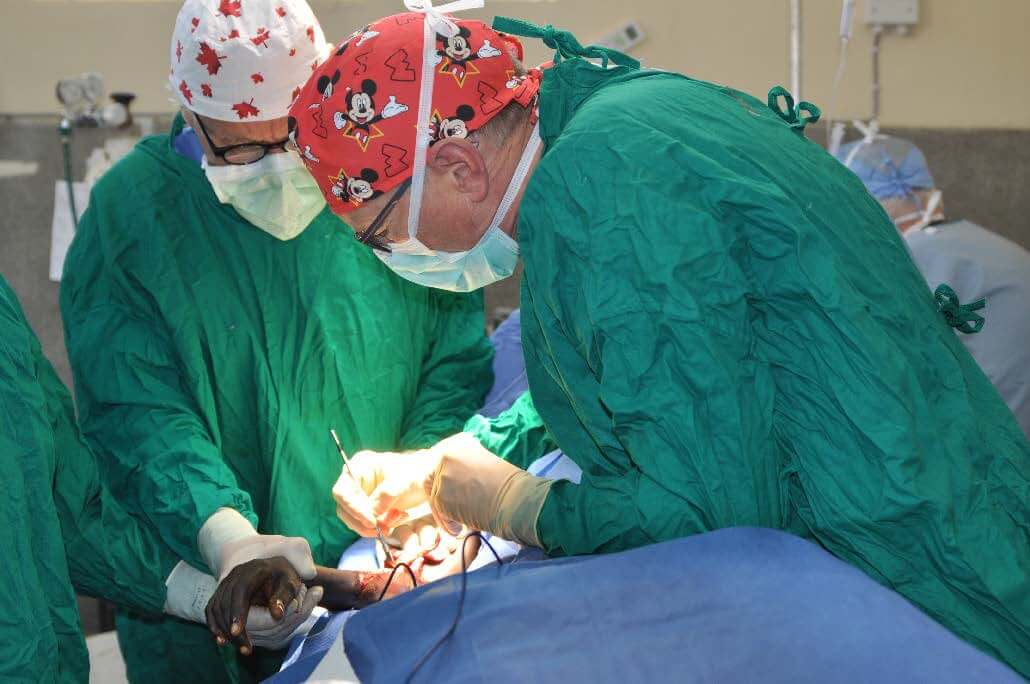 Skin is removed from Nadaro’s abdomen to be grafted on her arm where the surgeons had removed the burned tissue.  This procedure is called a FTSG or full thickness skin graft.  Shown in the following picture is the abdomen area having been stitched together. 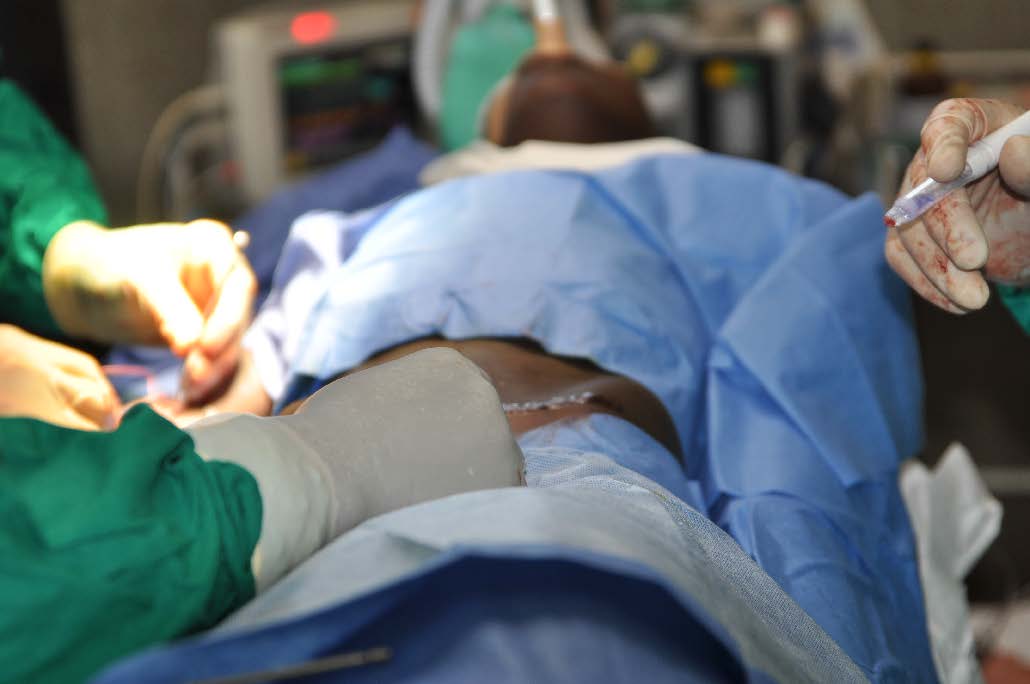 For the surgeon’s the release of the constriction at the elbow and replacing the damaged skin is ‘routine’ procedure.  Surgeon Sibrand Schepel has supported over 50 missions, over 30 with Rotaplast.  He retired from full time surgery and now is a ‘professional’ volunteer.  Surgeon Rod Simmons, has been a full time plastic surgeon with Kaiser Permanente in San Francisco for over 20 years and has completed 20 Rotaplast missions.

For Nadaro’s father it is 2 hours of waiting. 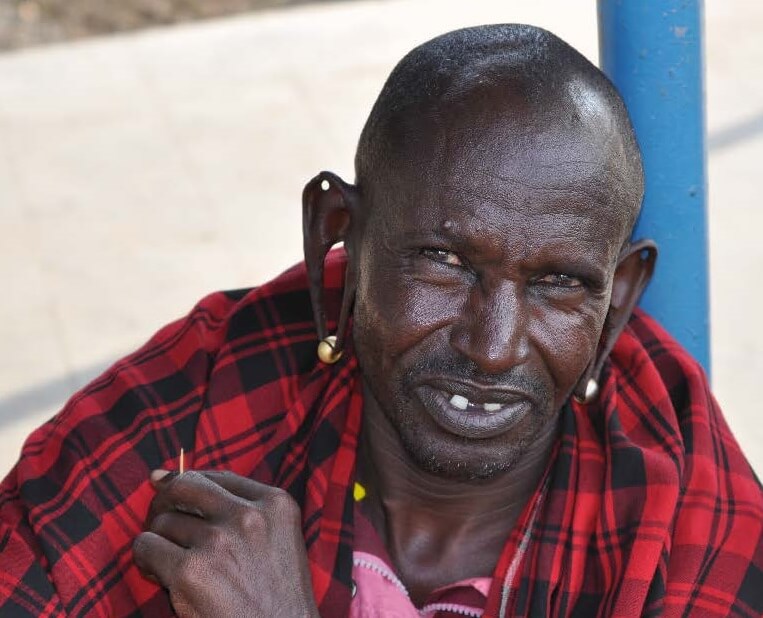 The Pediatrics Team led by Dr. Rene Clement Vreuls and Dr. Bernard Thio is critical to the success of the Rotaplast mission.  Screening of patients, pre and post-surgery physical exams, monitoring of health while in the ward and the discharge process with medication and instruction are all critical. Pictured are Dr. Vreuls on the left, Dr. Thio, middle and Rotarian (current Rotary Governor for District 5300) John Chase who is the Ward Coordinator for this mission. 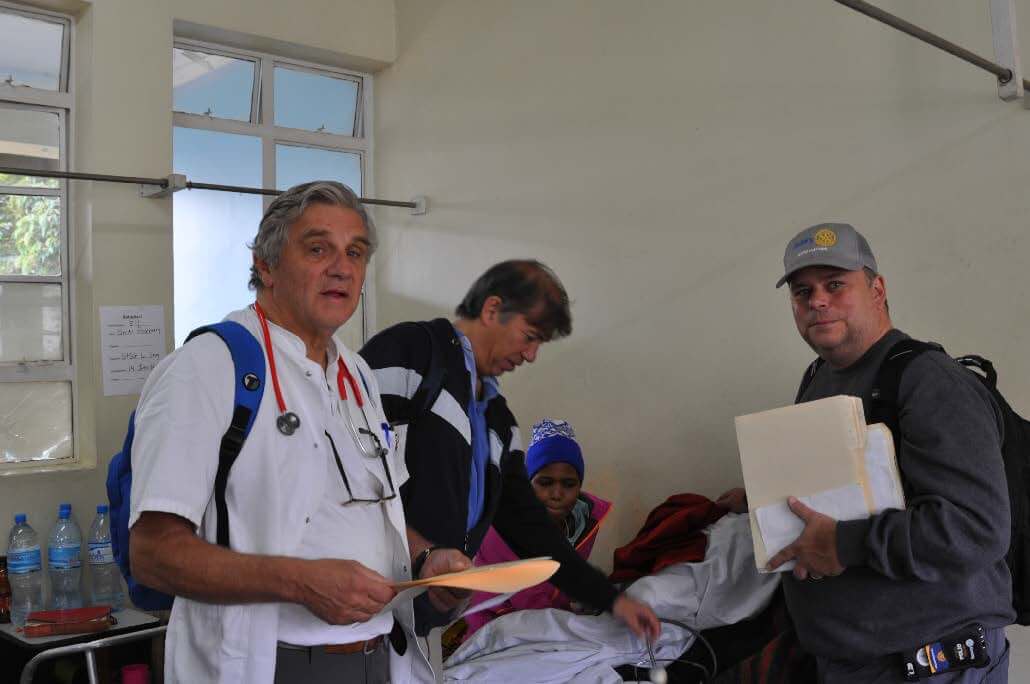 Dr. Vreuls is uniquely critical to the Arusha mission because of his experience is living and working in Tanzania and speaking the Swahili language. Dr. Vreuls has completed 11 Rotaplast missions as well as taught and directed a hospital in Tanzania. 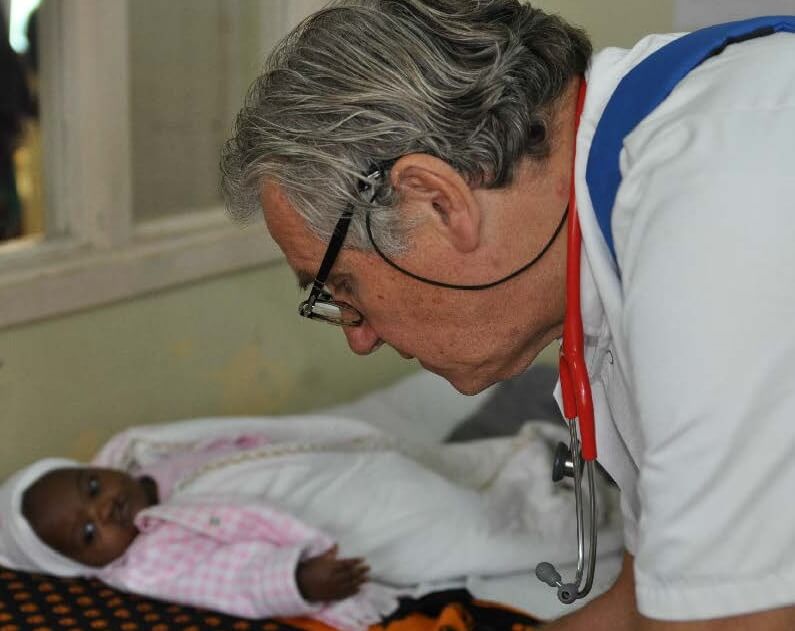 Dr. Thio is currently Dean of the Medical School at the University in the Netherlands.  He has completed 2 Rotaplast missions. Rotaplast Team ’19 is most fortunate to have such knowledge of pediatric medicine as well as local knowledge. 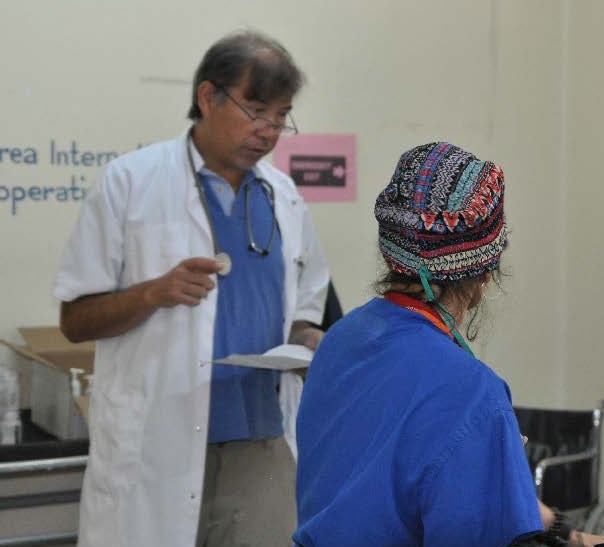 It is all about the children

With many children remaining in the ward for observation post-surgery the ward is full with over 30 children, many with their parents as well.  Recreation Therapist Agnes Van Heezik-Wolfkamp provides a critical skill to the Team.  A phycologist by training, and a mother by nature she brings knowledge, skills and experience to the ward.  In addition to supporting many Rotaplast missions, she is on the board of Directors of Rotaplast Netherlands who are a sponsor of this mission. She came fully prepared for this mission with a case full of supplies and materials.

The following pictures demonstrate her dedication to the task. 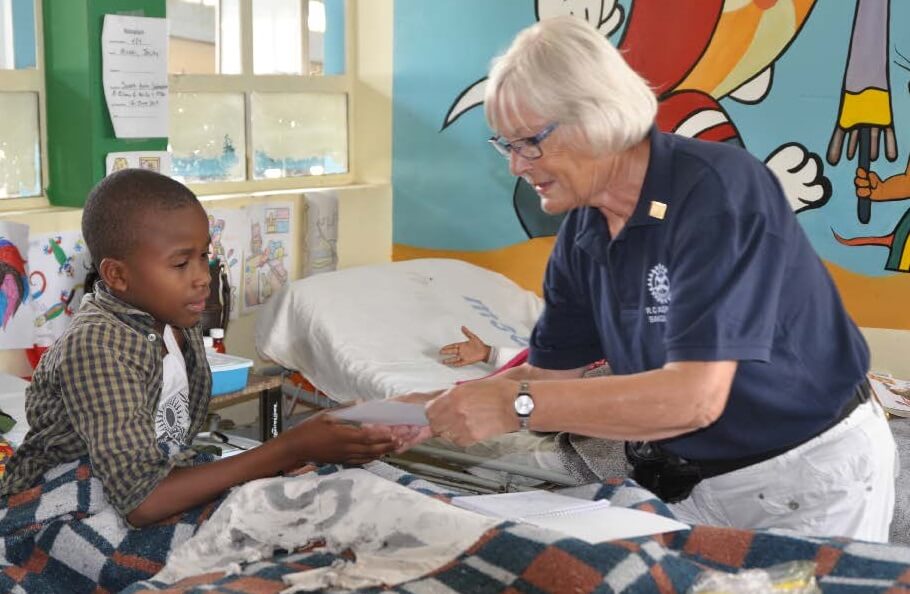 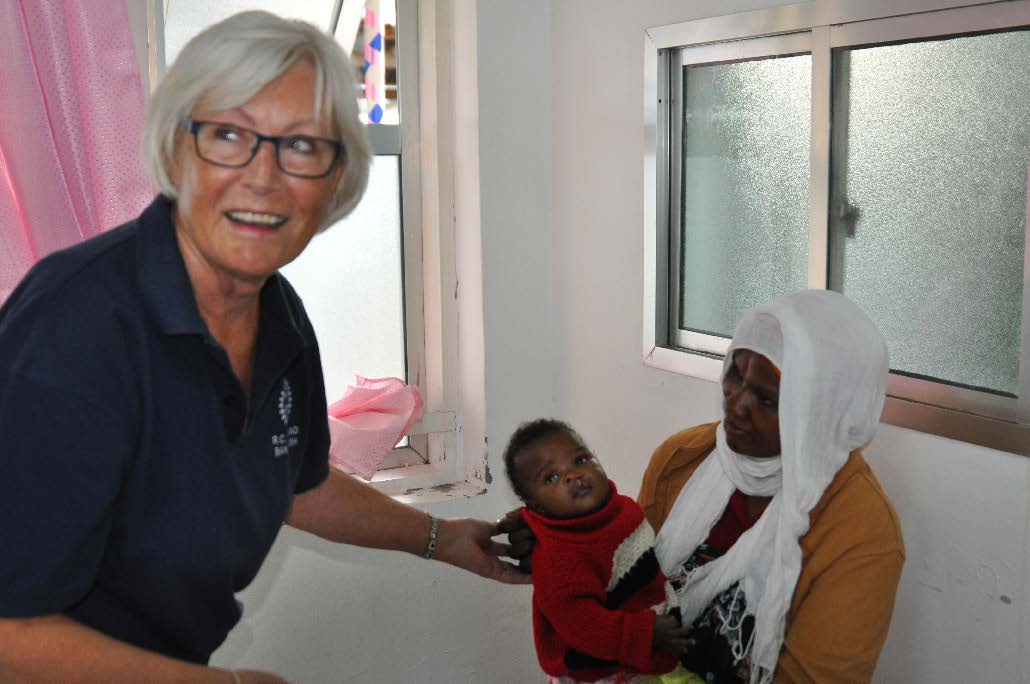 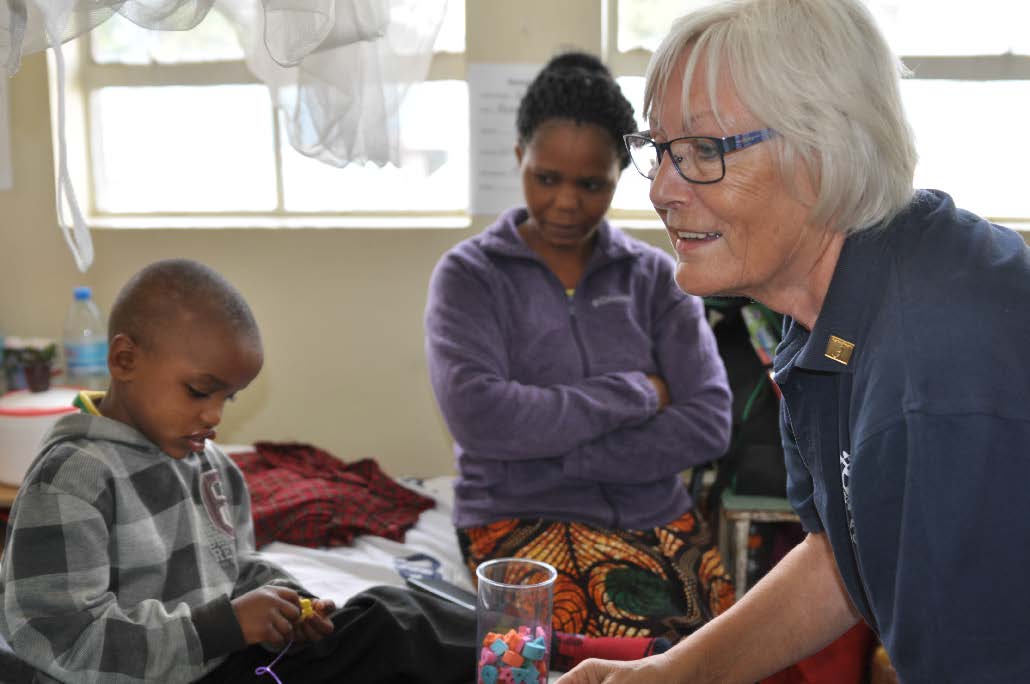 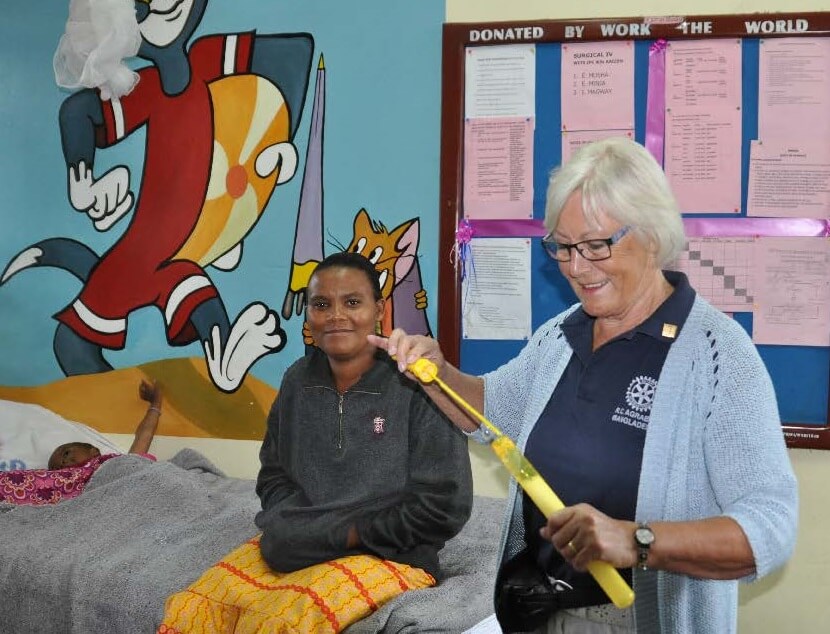 Coordinating with local support staff, the hospital staff, Rotaplast Medical Team and the volunteers who are moving patients to and from surgery and other treatment is the job of the Ward Coordinator.  Rotarian John Chase, District 5300 Governor, has that position for this mission.  At the ward is really parts of multiple wards, which are a good distance from the surgical area, John is walking about 5 miles per day.  Pictured is John engaged as coordinator. 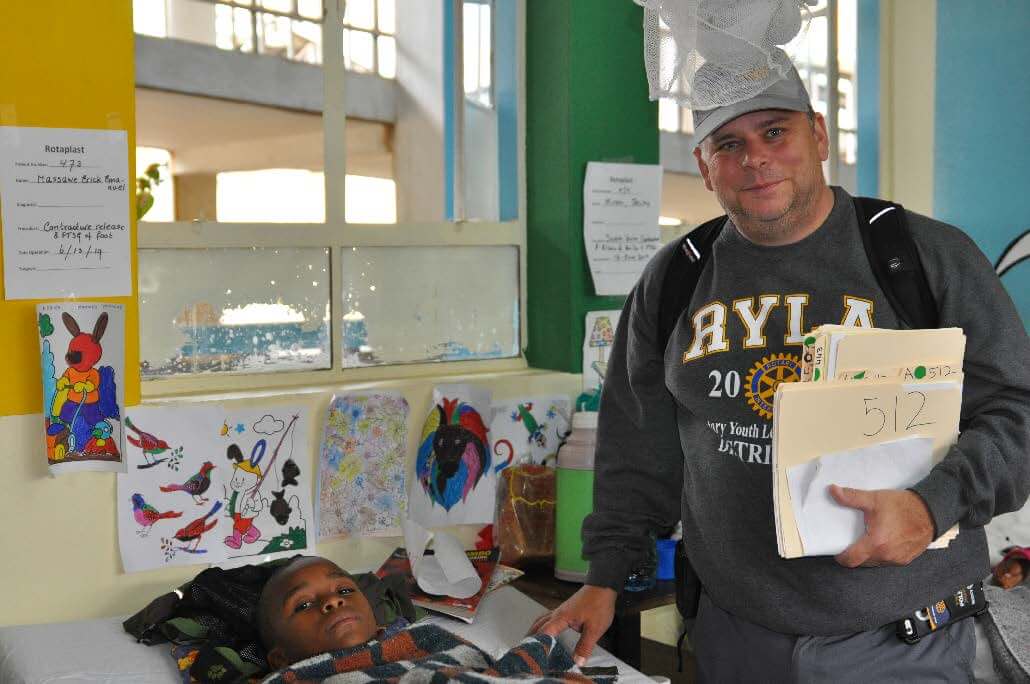 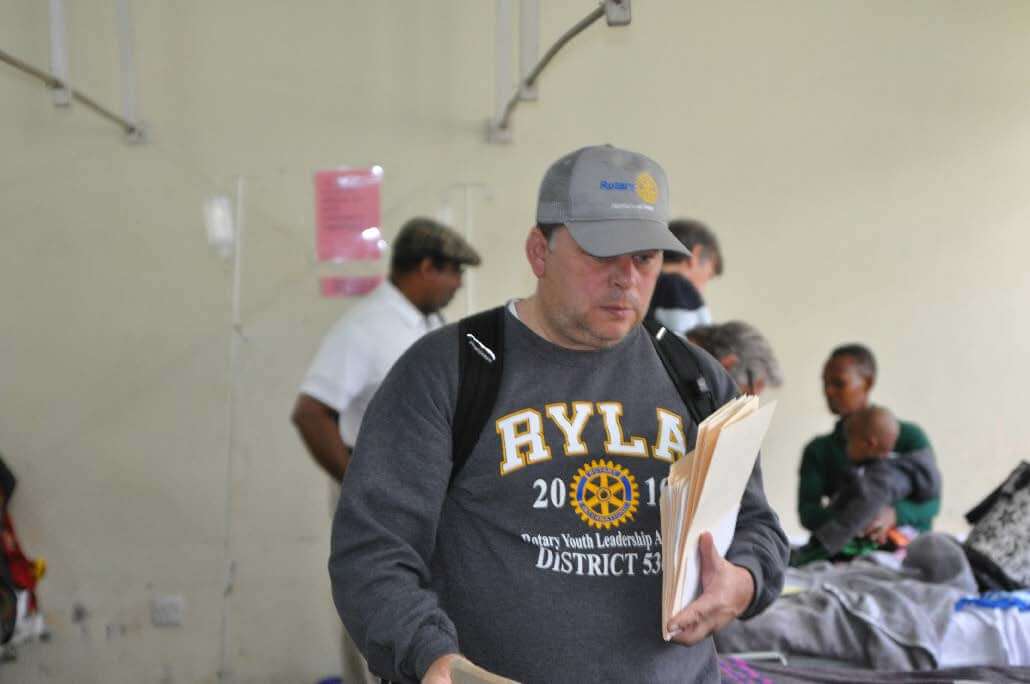 Wednesday, 19 June is surgery day # 6 for the team and it is a very long day as many surgeries for lip repair and burn repair continue.  Pictured is Surgeon Paul Faringer, MD preparing a patient for a lip repair surgery. 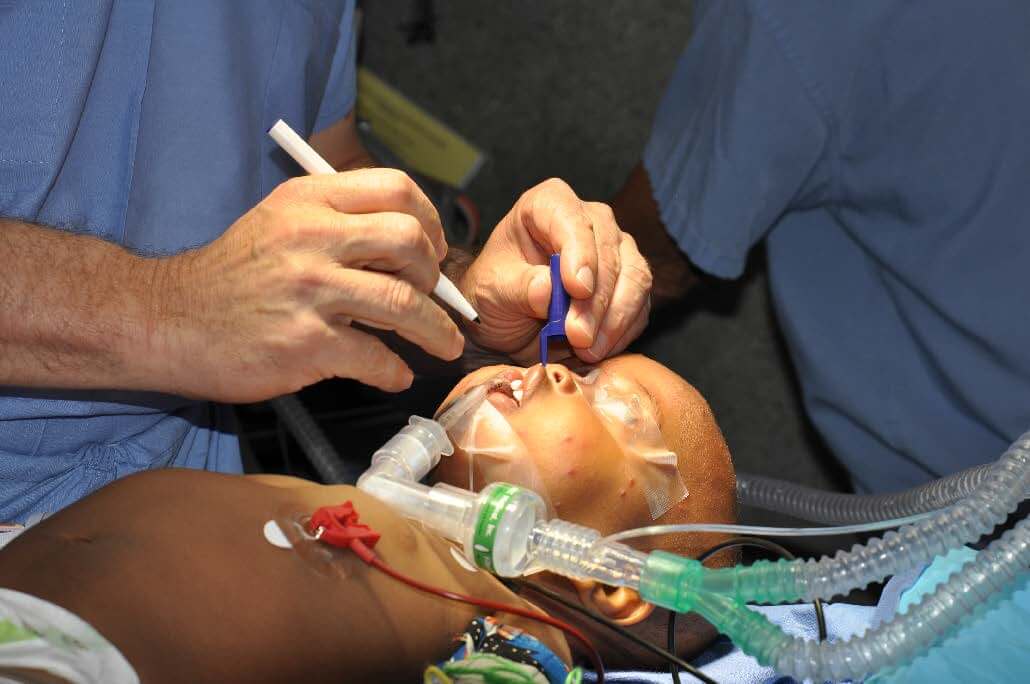 The Team continues with surgery as the day goes on and ready to start again for the last Surgery Day #7 tomorrow, Thursday 20 June.

Featured picture is Head Nurse Kim Capps with Nadaro.  She is the 12 year old girl pictured yesterday with her father Geieoy.  They live in the village of Matale about 500 KM from Arusha.  When Nurse Ca... Read More »