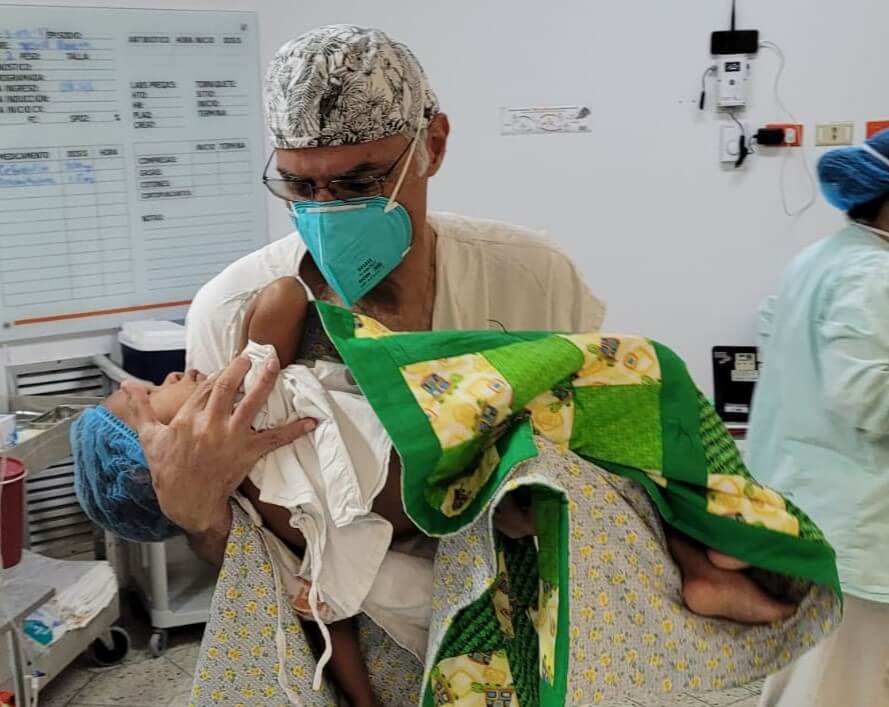 What a refreshing morning this is!  The hard rain we had last night is barely a drizzle making everything clean and fresh.  I didn’t even mind being up for my 5am COVID test, (my family won’t believe that).

This should be a bit of a lighter day for us.  We only had 8 surgeries scheduled today and two of them are cancelled.  But first, morning rounds to check on the five patients who spent the night last night.  I was really excited to go with the doctors today.  There were some patients with whom I made special connections yesterday that I wanted to see again.

Yesterday, Brayan and his mother were so happy that I was going to tell their story.  A few minutes after our interview, Brayan came and presented me with a copper-colored pen as a thank you gift.  I took it with me on rounds this morning. I showed him that I have been using it and love it.  The smile I got in response was priceless.  His sister was there with him today so his mother could go to her cancer appointment.  He will be staying one more night. Photos: Dr. Farnworth, Dr. Wilson, and Dr. Simonds check the repair to his palate, Brayan and his sister 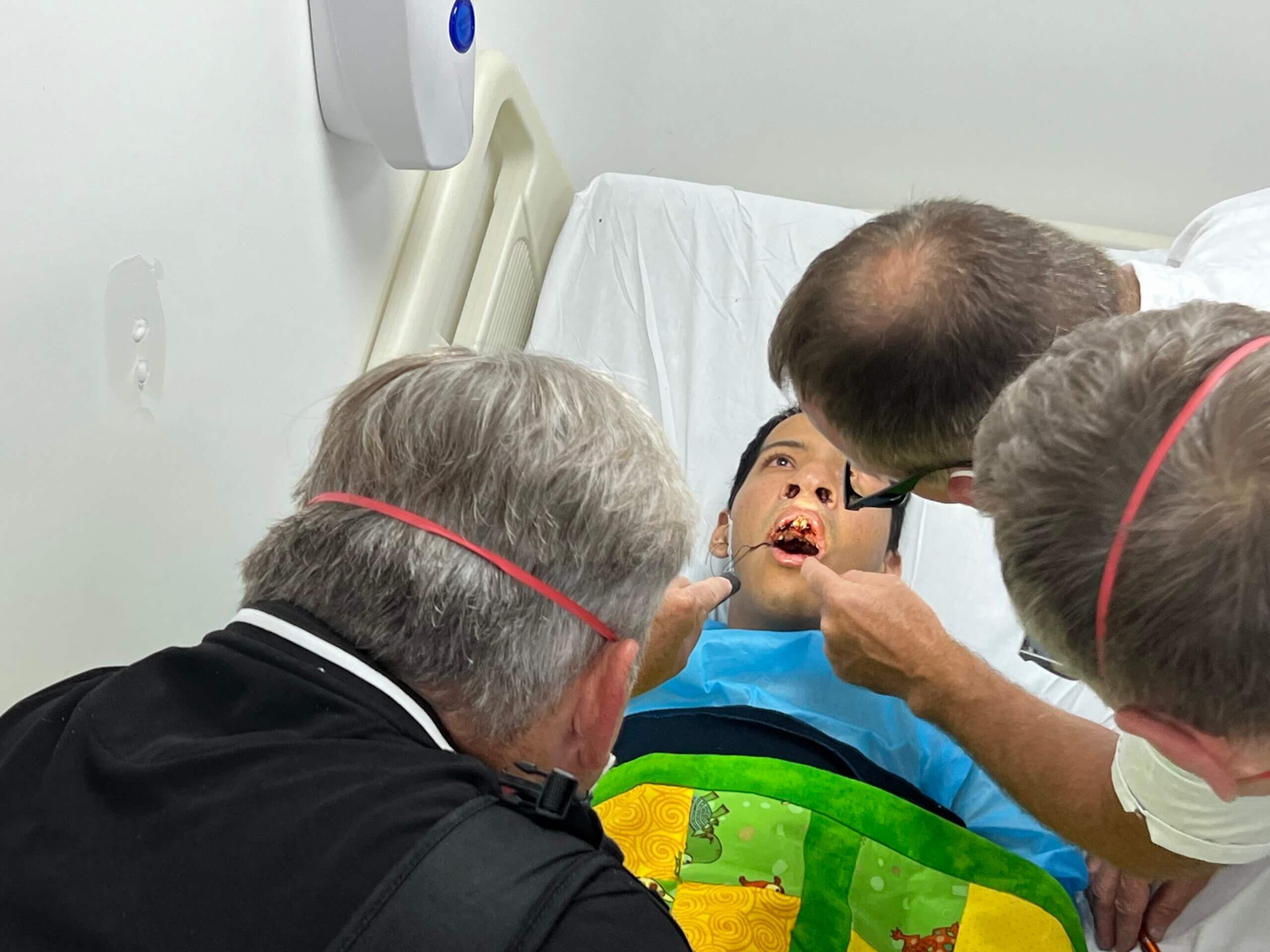 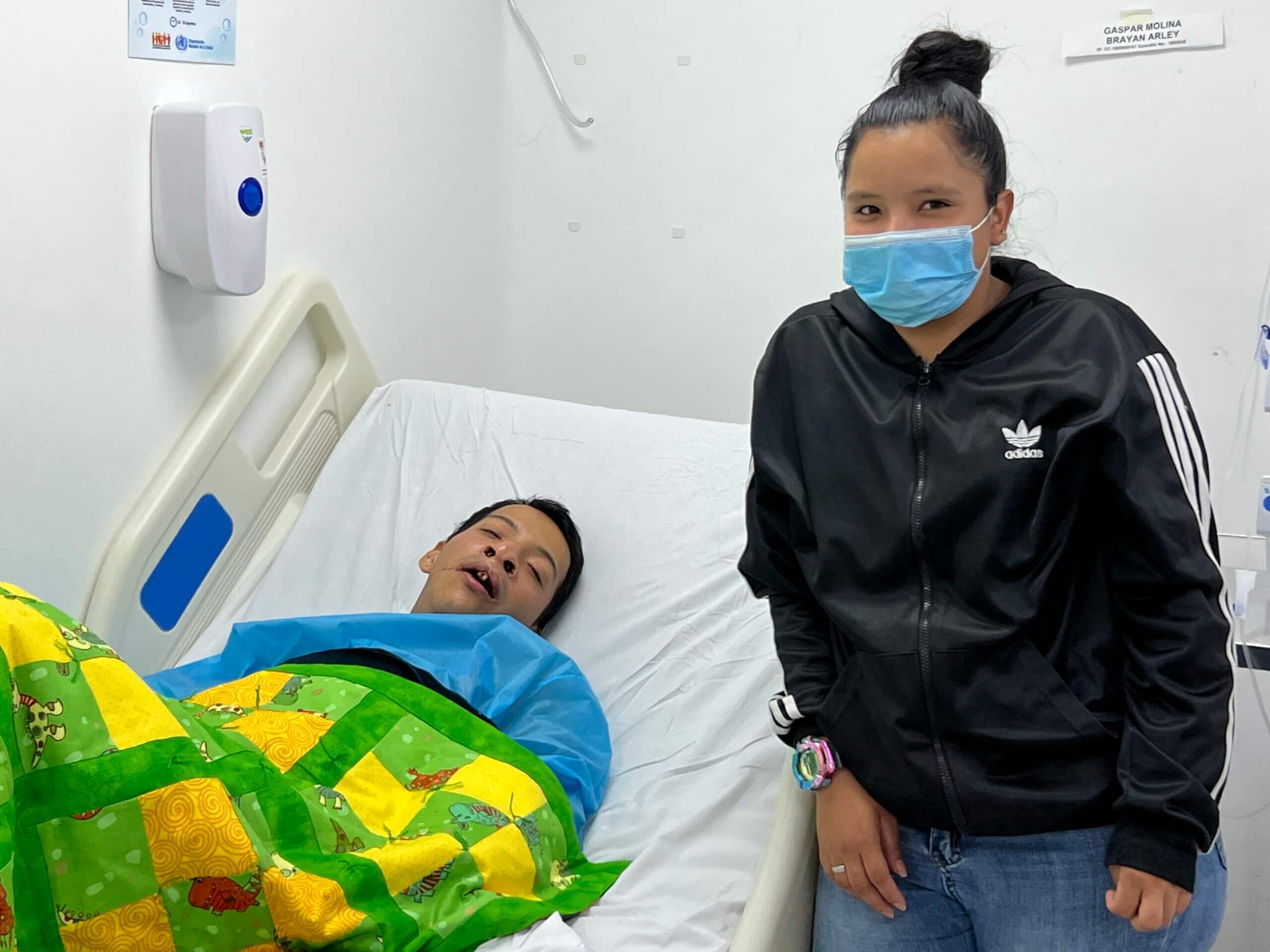 I was in the pre-op area when 15-year-old Sara was brought up for her surgery yesterday.  I could see she was nervous watching another patient get his IV put in.  I closed the curtain between them and with the help of a translator, I found out she was afraid of needles.  I offered to hold her hand when they put in her IV.  She readily agreed.  After the IV was put in, she was offered a stuffed animal or beanie baby donated by Rotarians.  She quickly picked the white teddy bear bringing him into surgery with her.  This morning Sara smiled when she saw me and told me she was “muy bien”.  After examining her, the doctors had her count to ten.  She said that she already hears a difference in her voice and is very happy.  Sara is going home today.  Photo: Dr. Todd Farnworth removing her tongue stitch 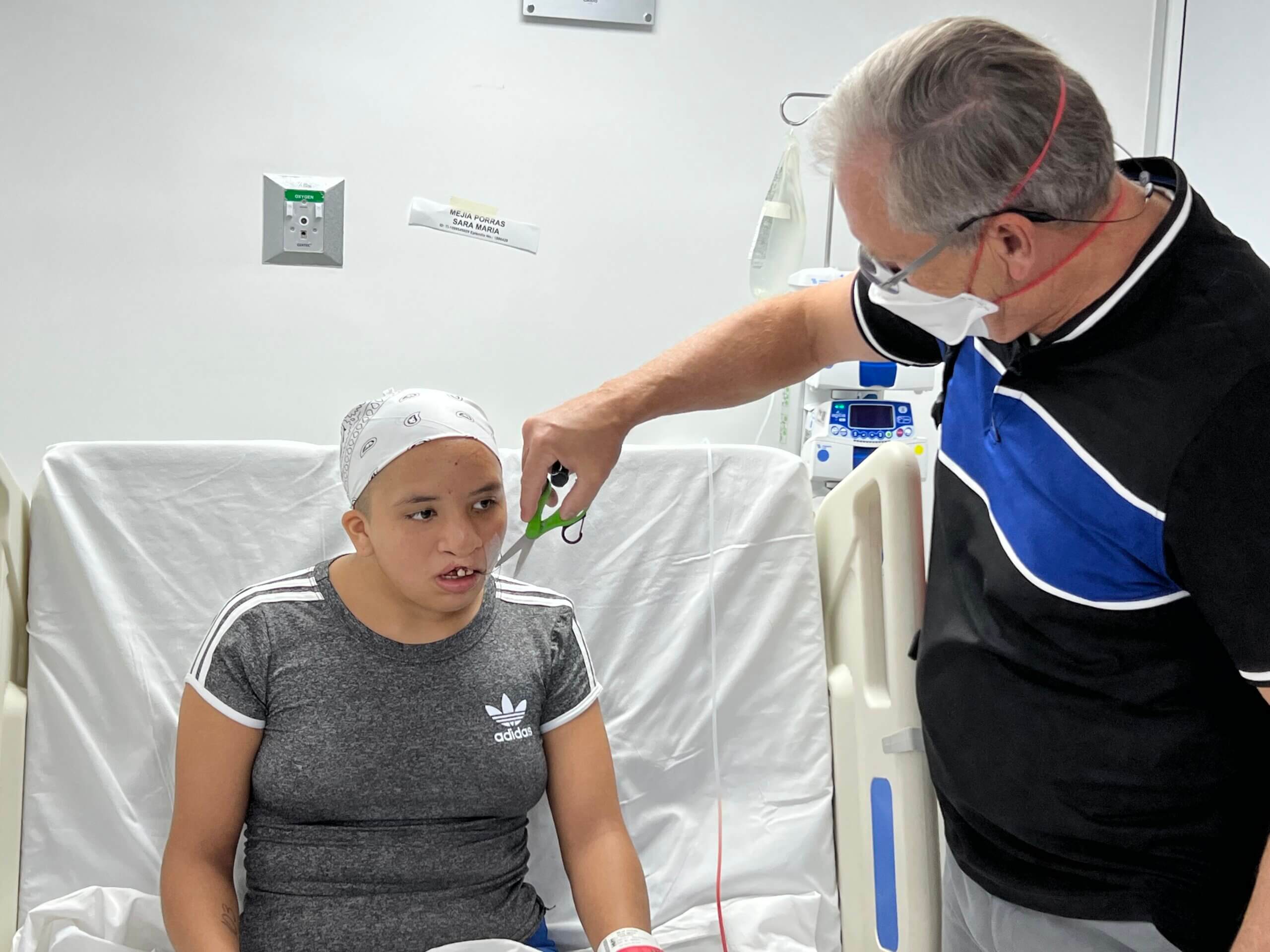 Diana had an interesting procedure done on her.  She had an ABBE flap with nasal revision.  The ABBE flap, in layman’s terms, is where there isn’t much skin in the upper lip area to create a good upper lip.  They take some of the bottom healthy lip and connect it to the upper lip via a flap.  The two lips stay connected for 2-3 weeks. As it heals the flap from the lower lip becomes part of the upper lip.  In 2-3 weeks, Diana will have another surgery with a local doctor to separate the two lips again.  Until then, she will be taking all of her nourishment through a straw at the sides of her mouth since the center of her lips are sewn together.  Diana will be going home today.  Photo: Dr. Rod Simonds showing Diana a picture of her mouth and explaining what she is seeing; Diana ready to go home (some of the darkness you see is dried blood that will be washed off) 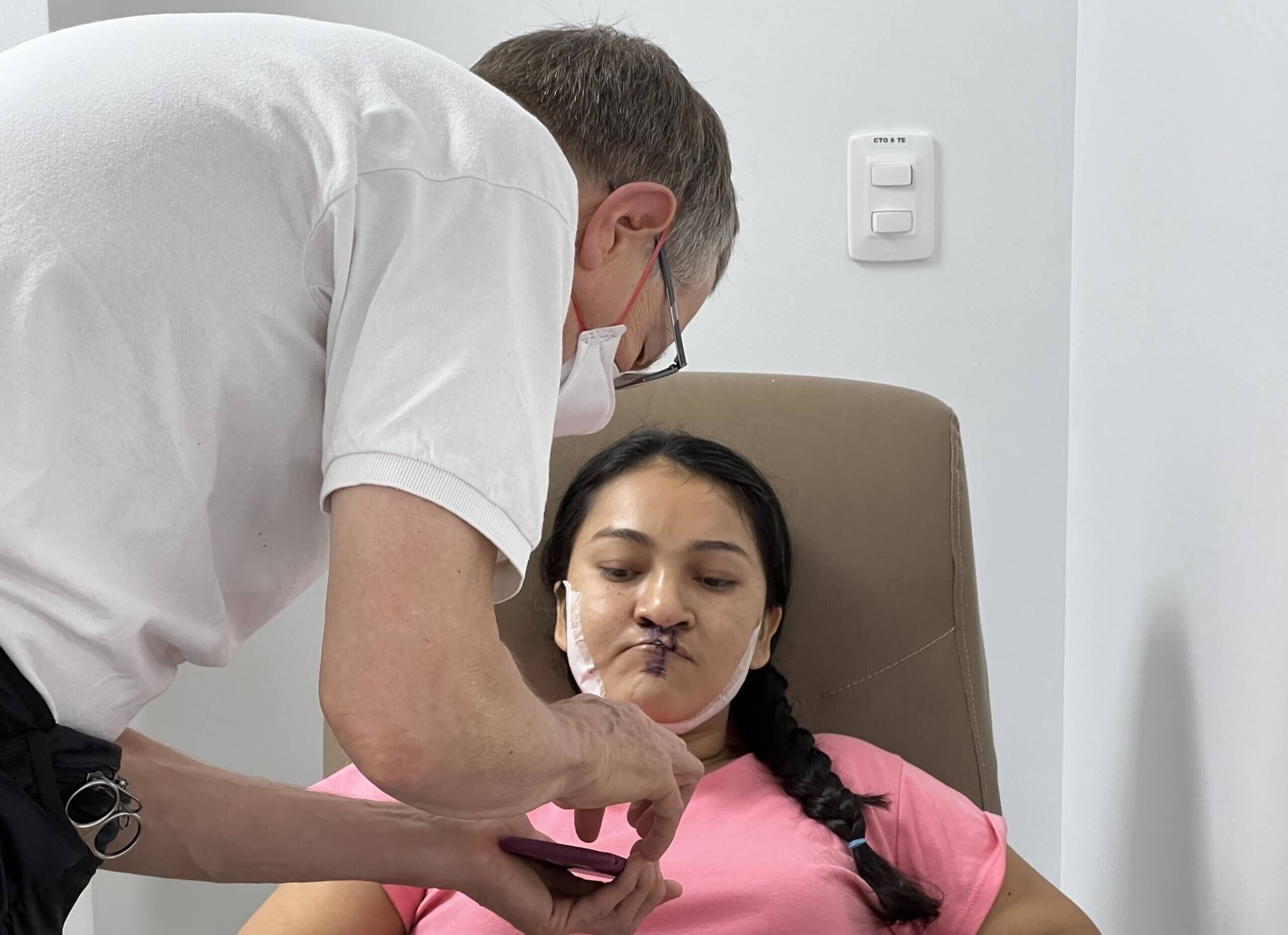 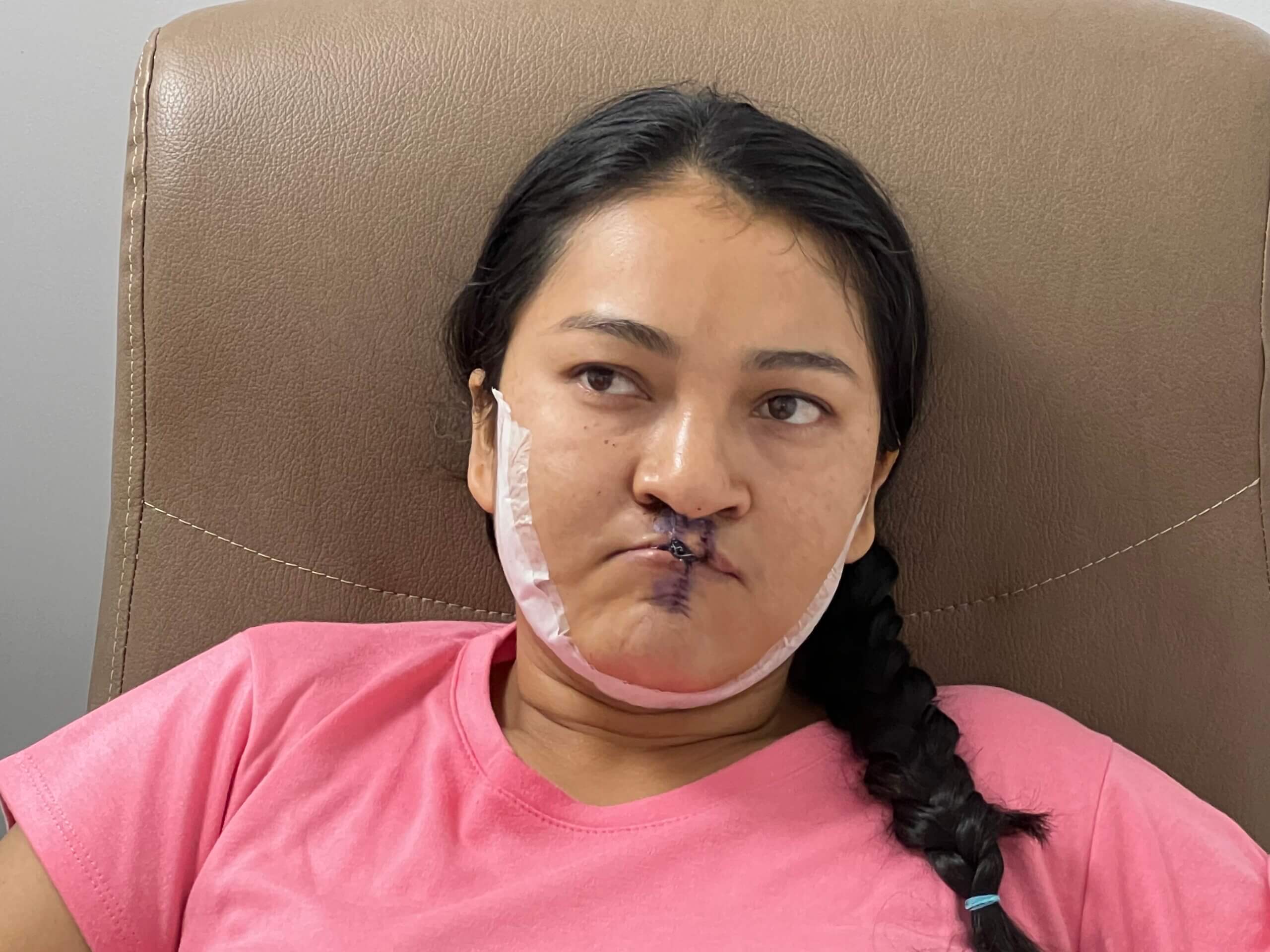 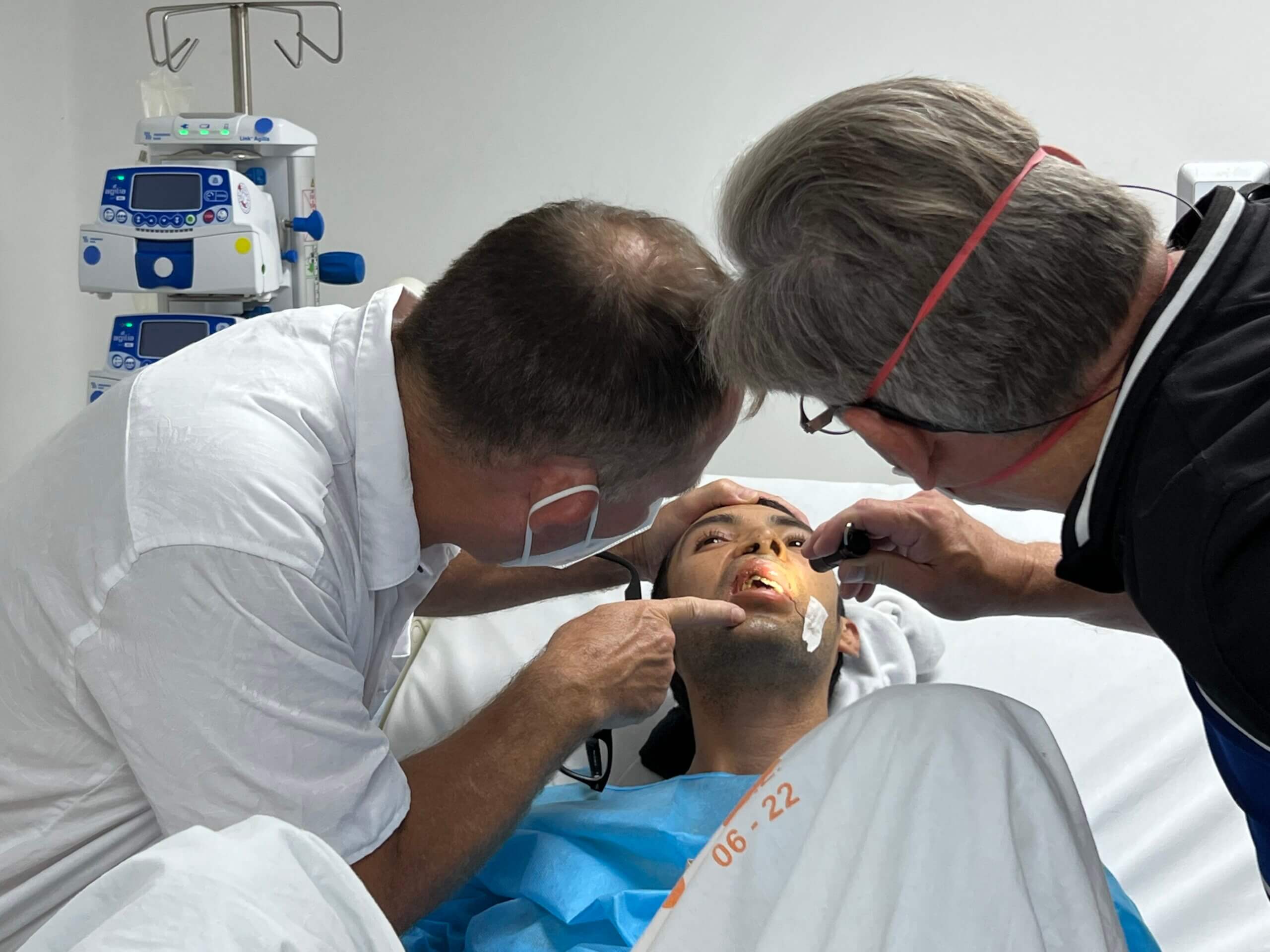 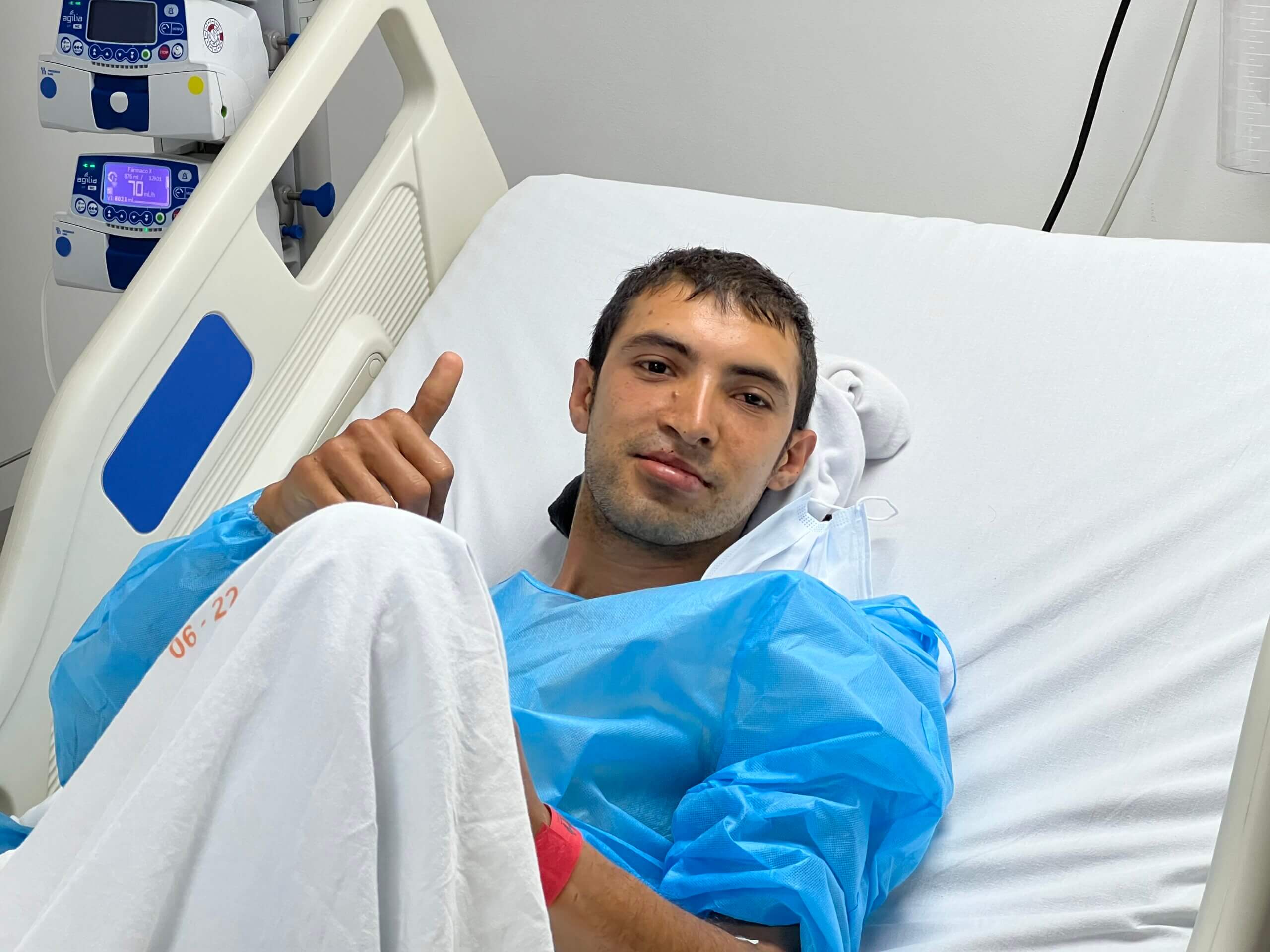 At 36 years old, this was Marta’s first surgery to repair her cleft palate.  The doctors gave her the green light to go home too.  She can go back to work in the gold mines in 2 weeks. Photo: Dr Ian Wilson and Dr. Rod Simonds examine her palate repair while hospital staff and Pediatrician Dr. Manuela observes and translates 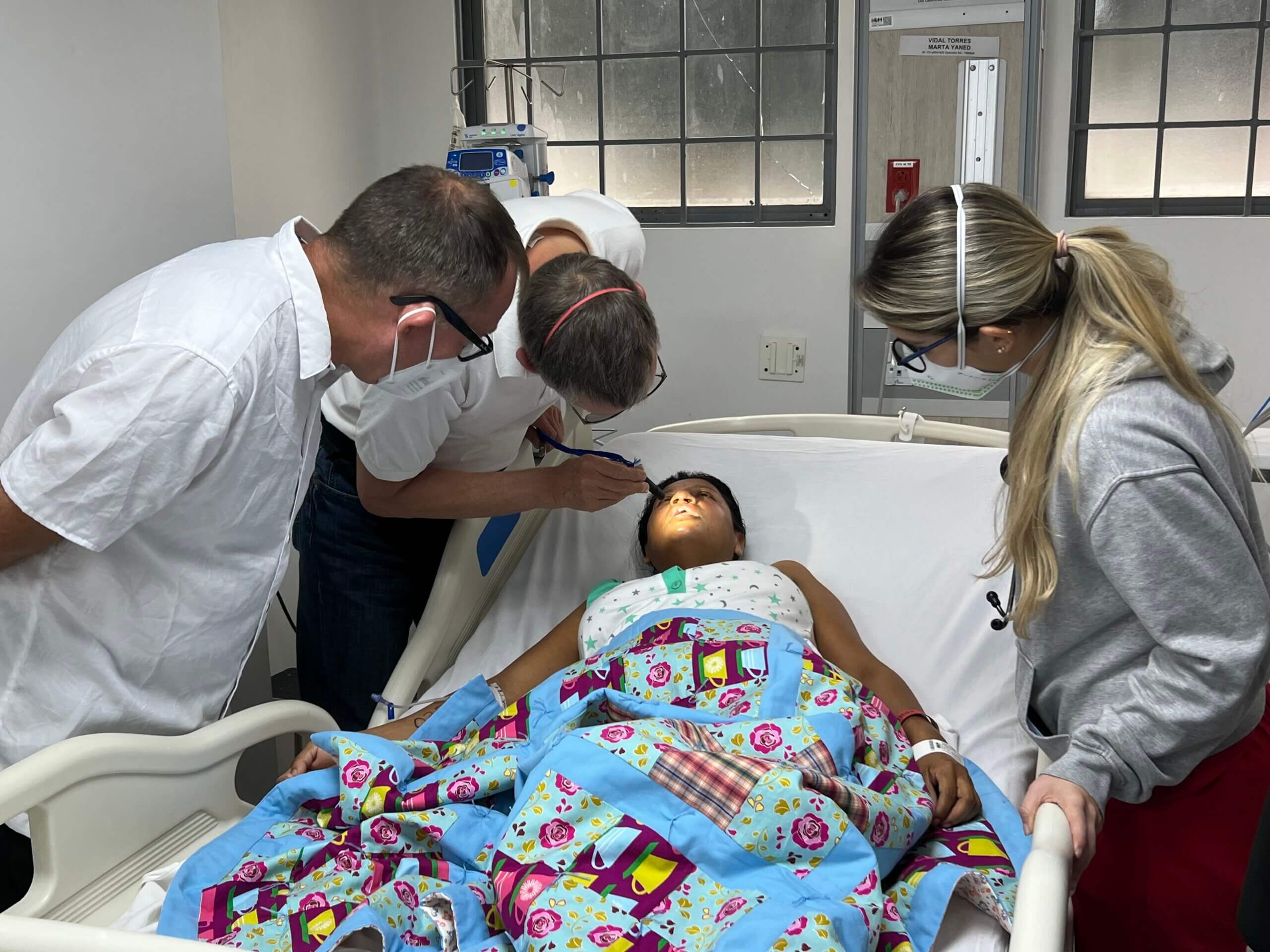 Our surgeons operated on four children and two adults today. The children were Maria, Alejandro, Juan and Yesid.  The adults were Stiven and Juan Fernando.

Stiven is 18 years old.  He travelled 10 hours by bus to get here.  He found out about this mission through his school and signed up on-line.  Stiven has had 5 previous surgeries on his palate and one on his lip.  He hasn’t been able to get the correction done on his lip prior to this because he was sick during the previous missions to Columbia.  He said that he wants his lip corrected because it affects his breathing and talking.  Surgery- lip revision.  Photos: intake picture, post-op with mom 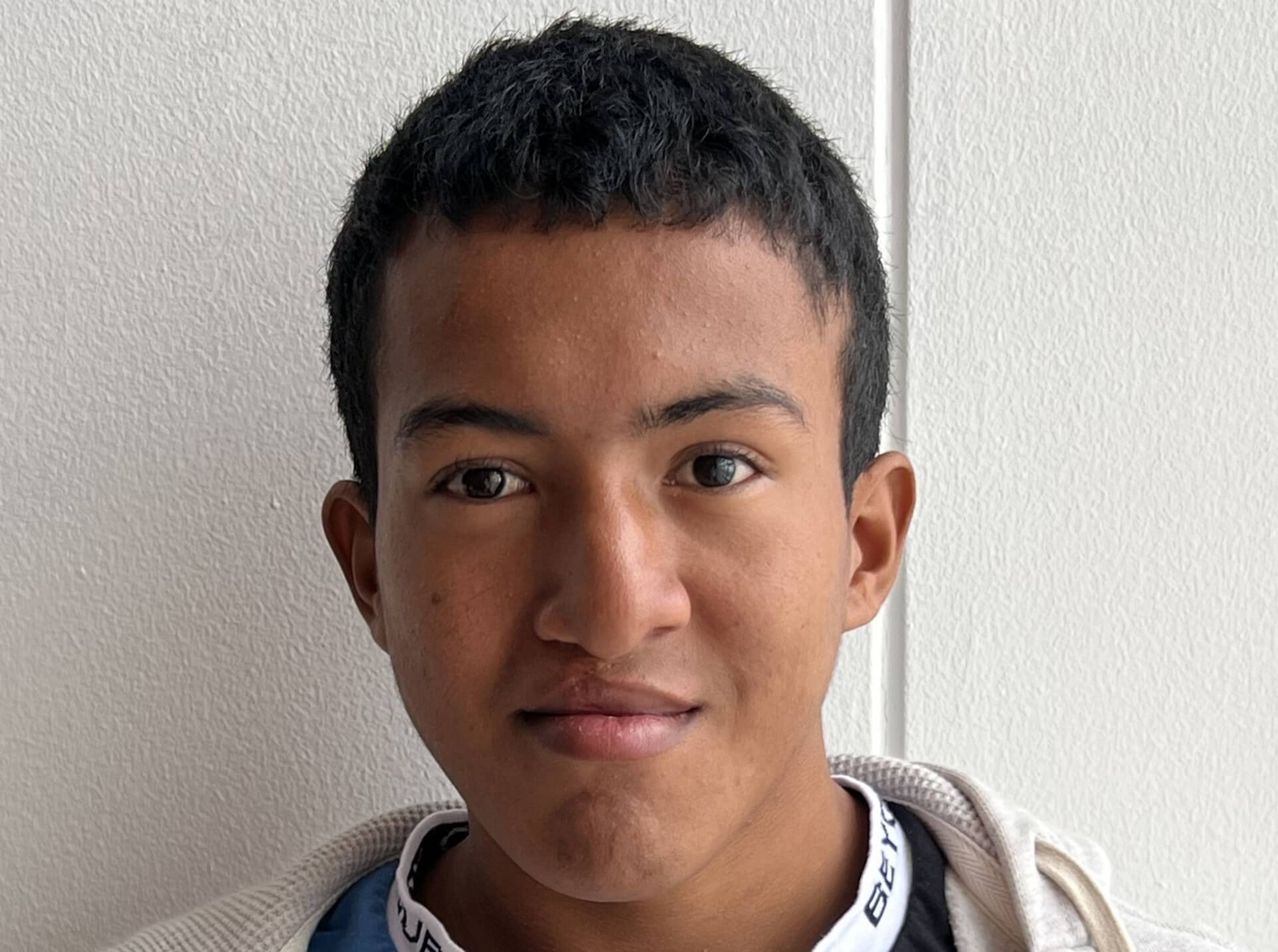 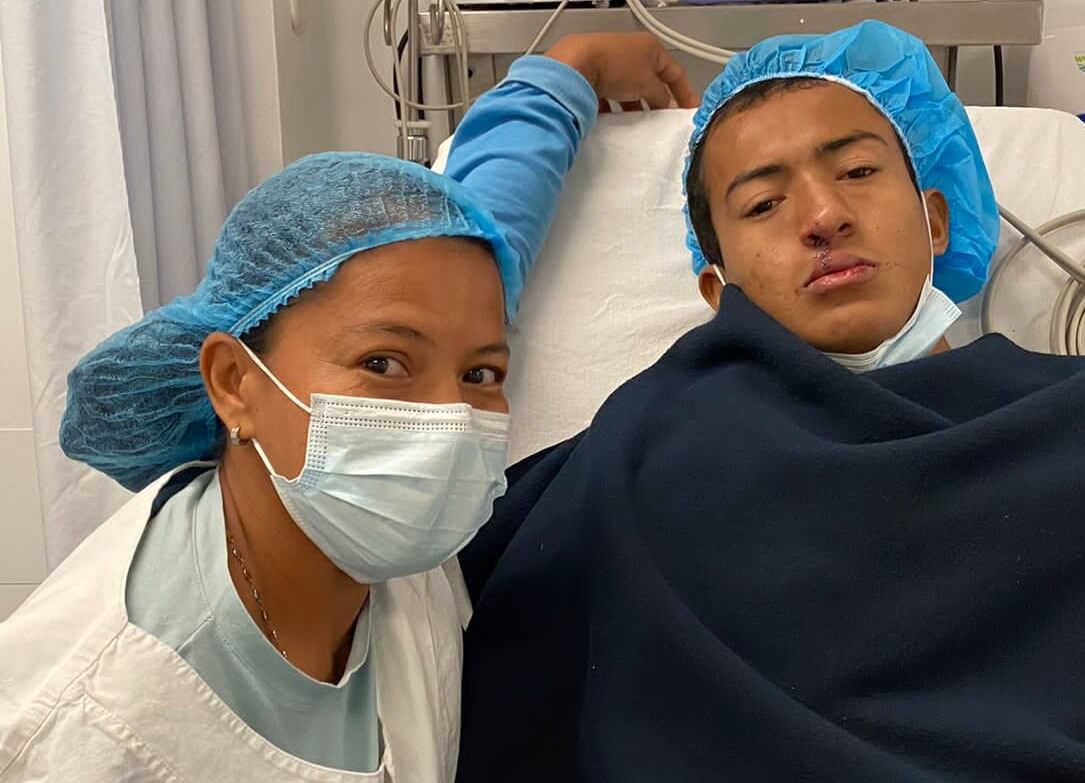 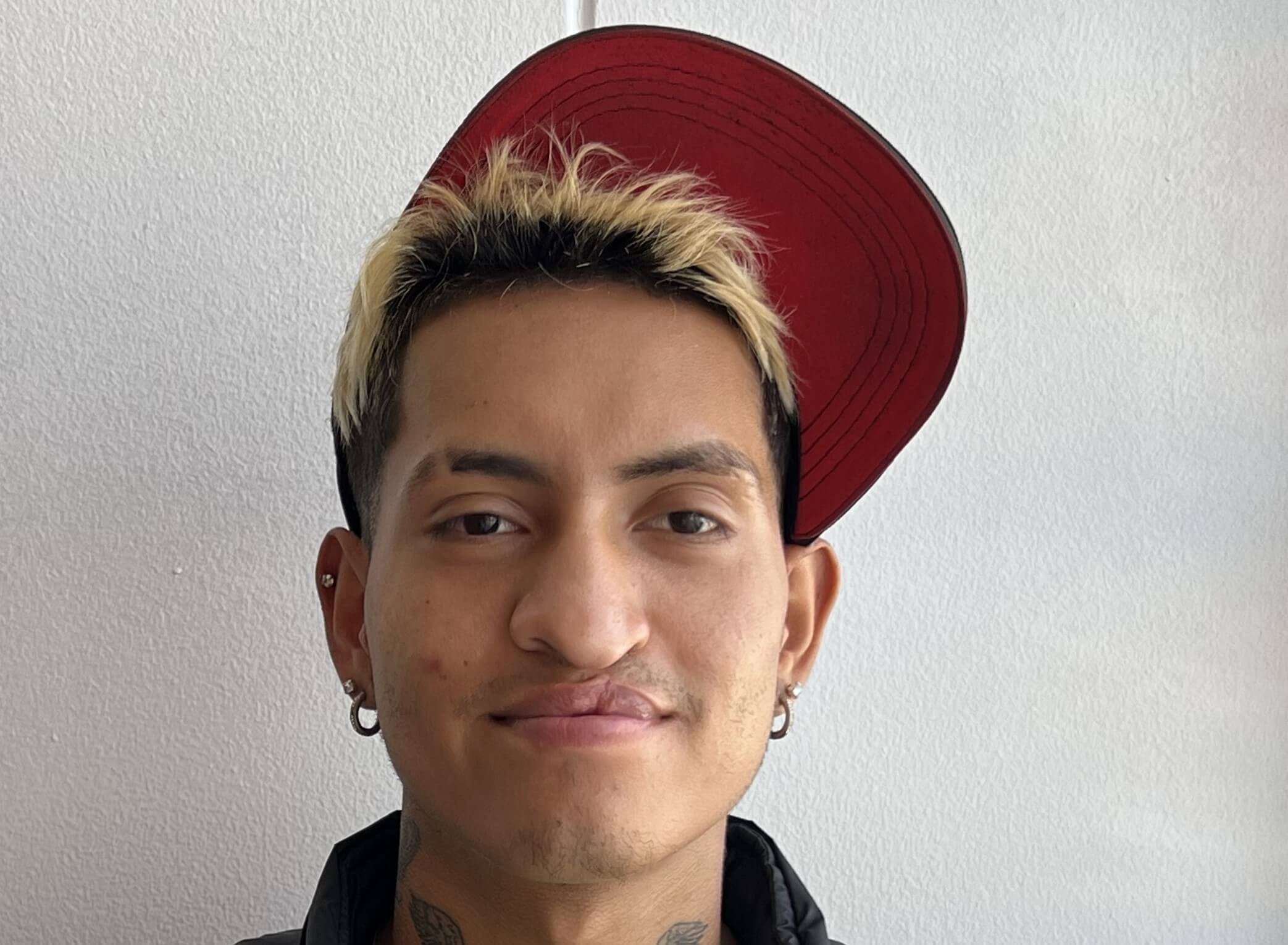 Maria is 14 years old.  Her mother brought her here today.  She has had four previous surgeries but still has food and liquids come out her nose when she eats and drinks.  She also gets frequent ear infections and has speech problems as well.  Maria’s dad brought the son of a cousin here on one of our first clinic days.  He went home and told his wife about Rotaplast.  They decided to bring Maria to see if the doctors could help her.  They are grateful that she was accepted as a patient.  Surgery- repair palate fistula.  Photos: intake picture; recovery room 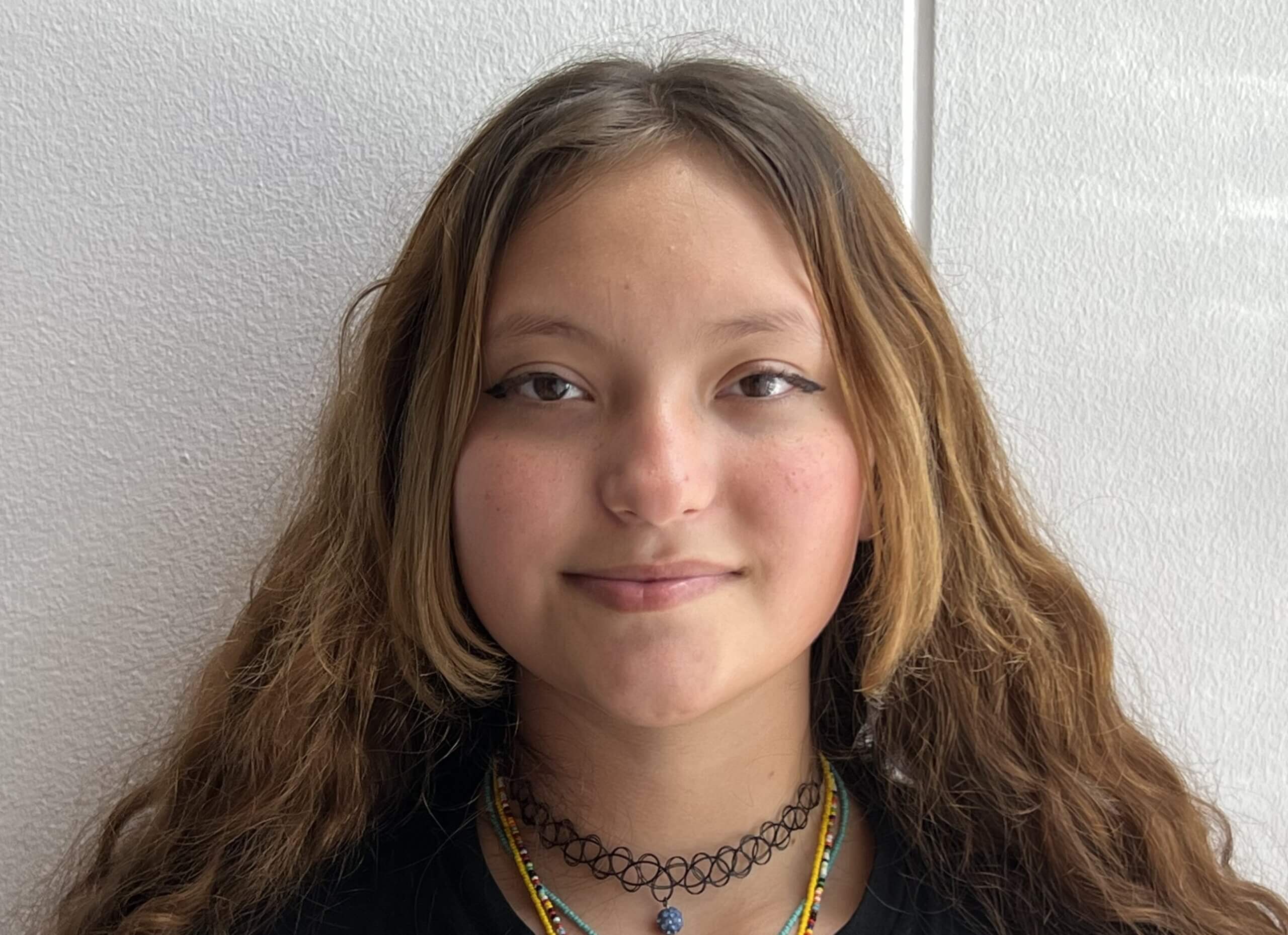 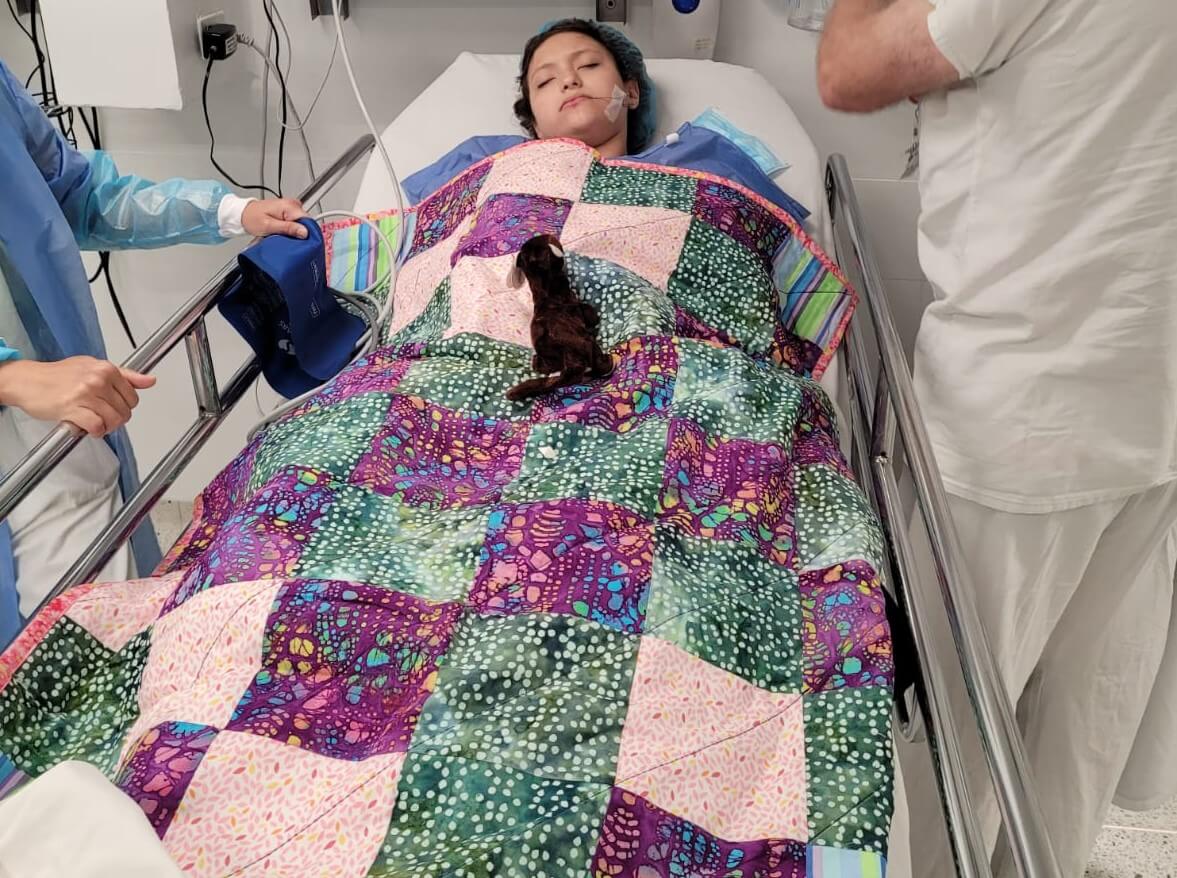 Alejandro is 13 years old.  His mother is a teacher and heard about Rotaplast at the school where she works.  Alejandro had a previous surgery to repair his cleft lip and palate.  His previous surgery partially closed his nasal passage making it difficult for him to breathe through his nose.  His medical coverage will not authorize the repairs needed.  Alejandro’s mother said that they cannot thank Rotaplast enough.  She hopes Rotaplast comes back often to help other children. Surgery- revise right nose tip ala.  Photo: intake picture 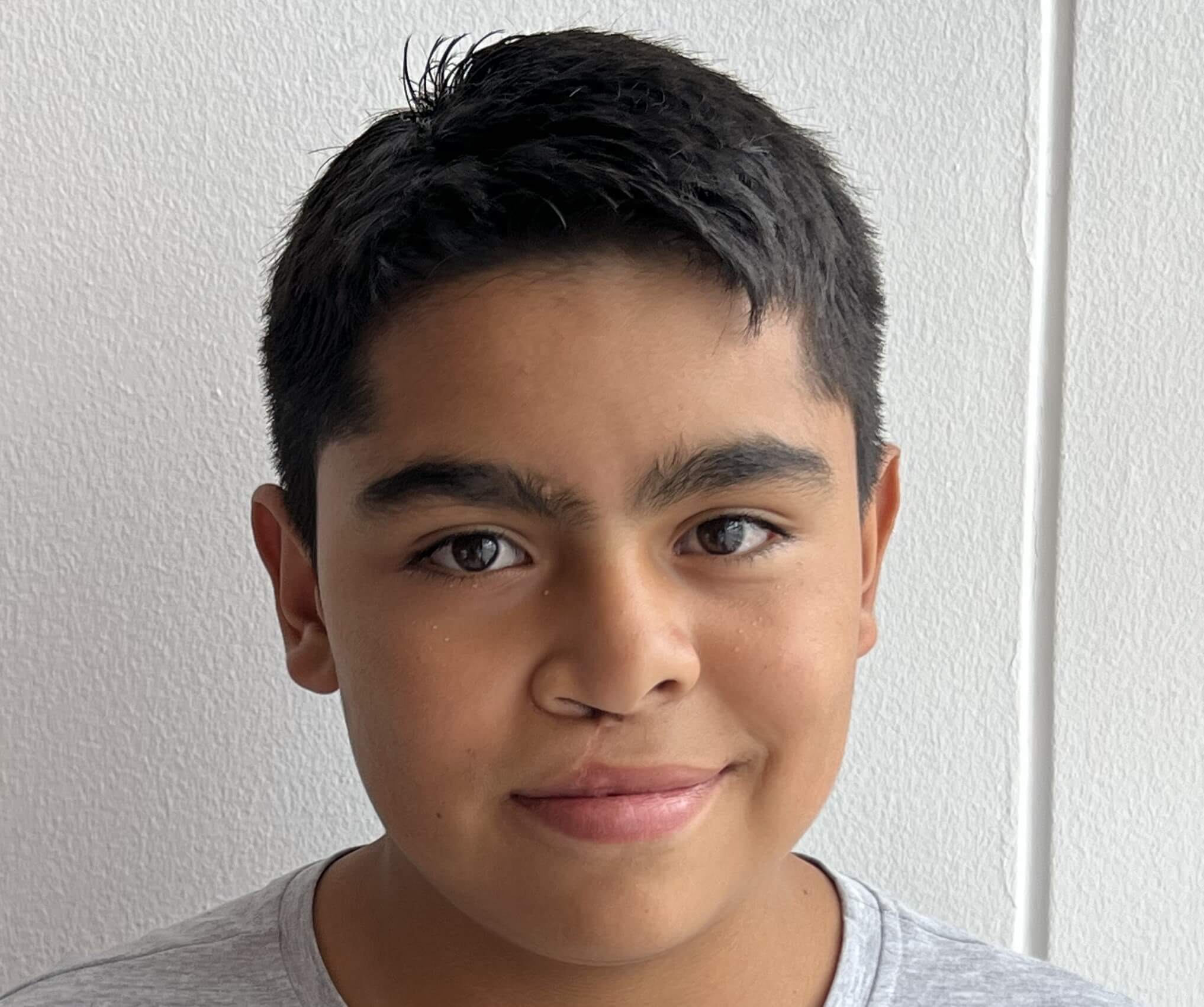 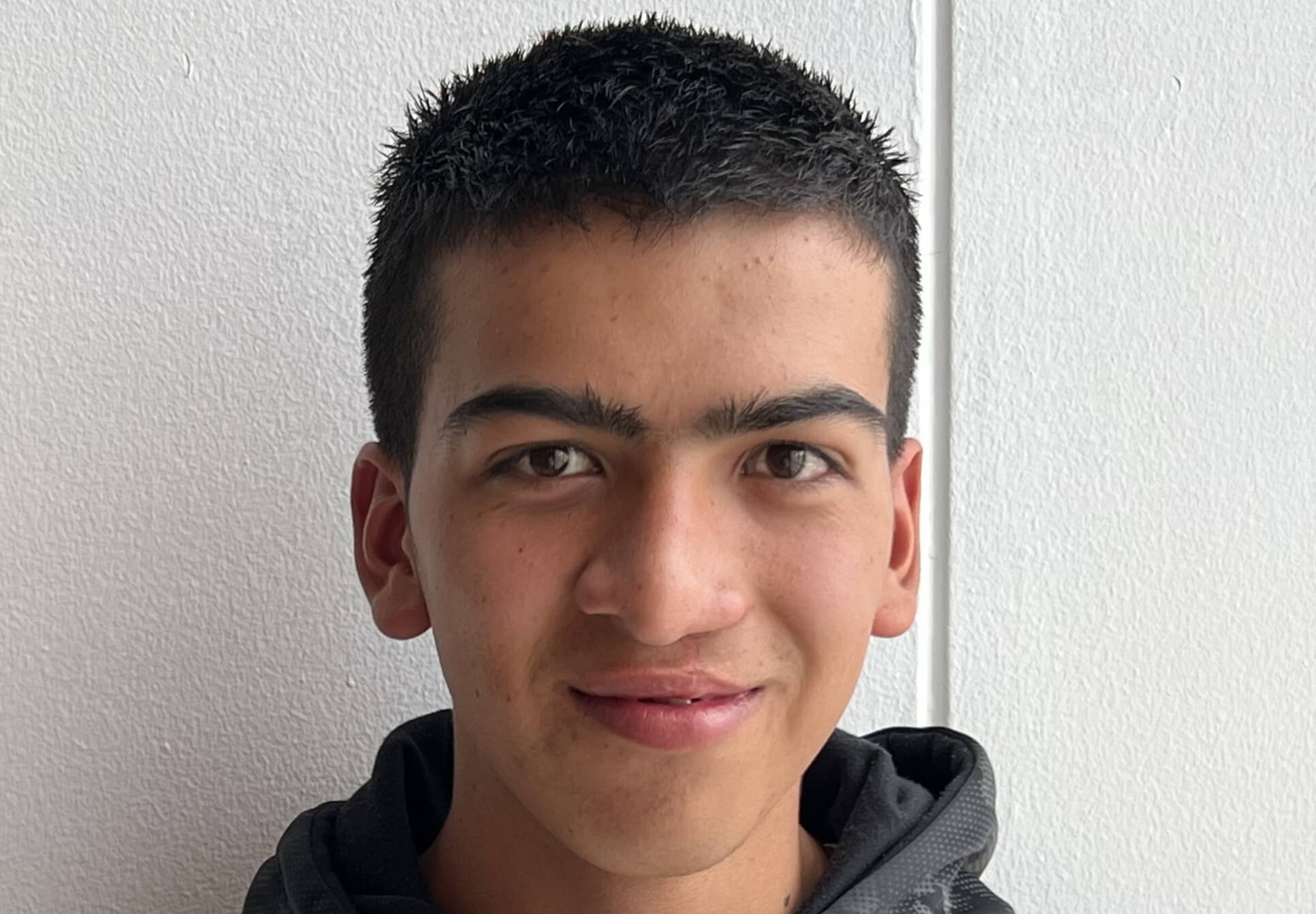 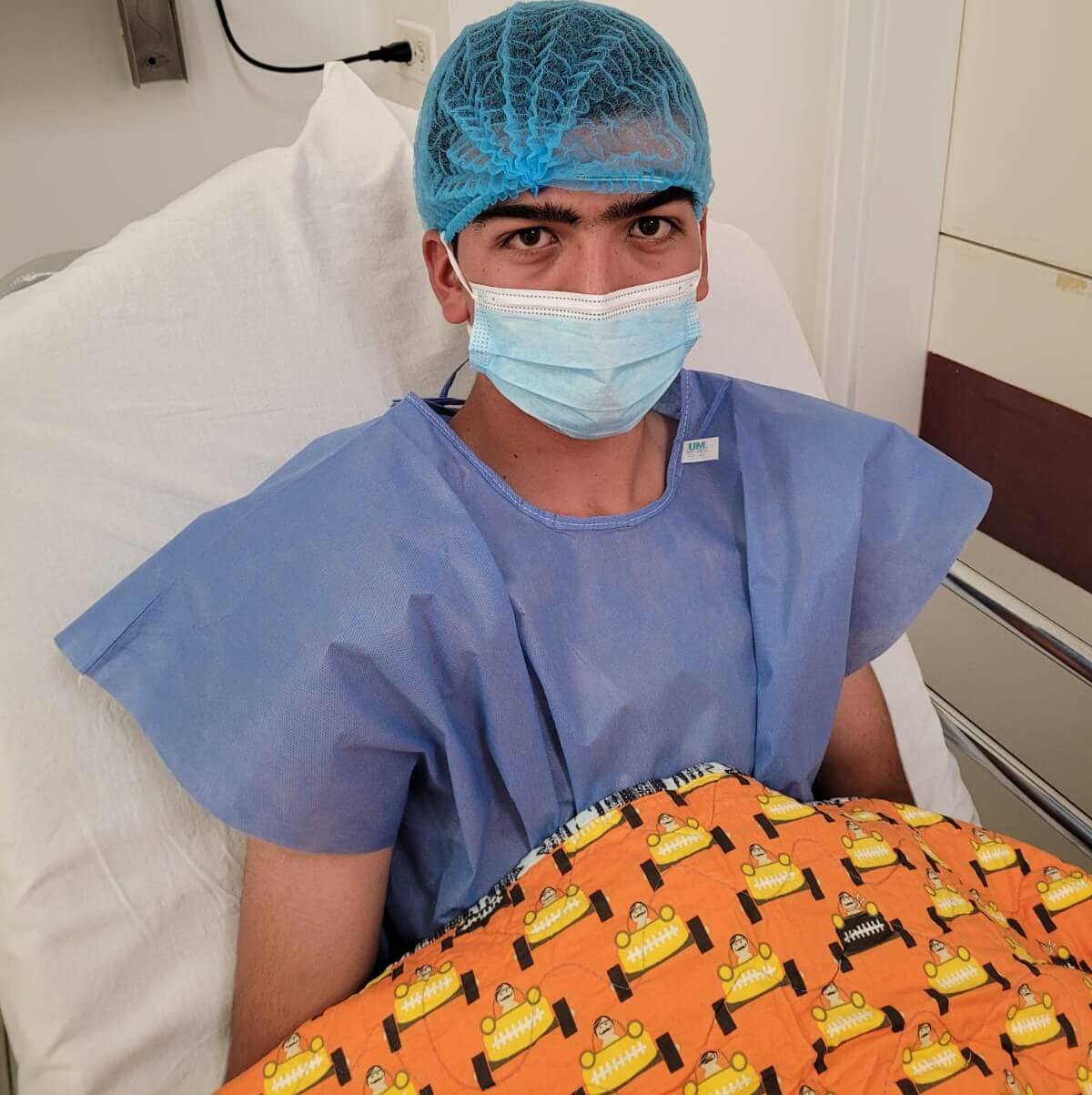 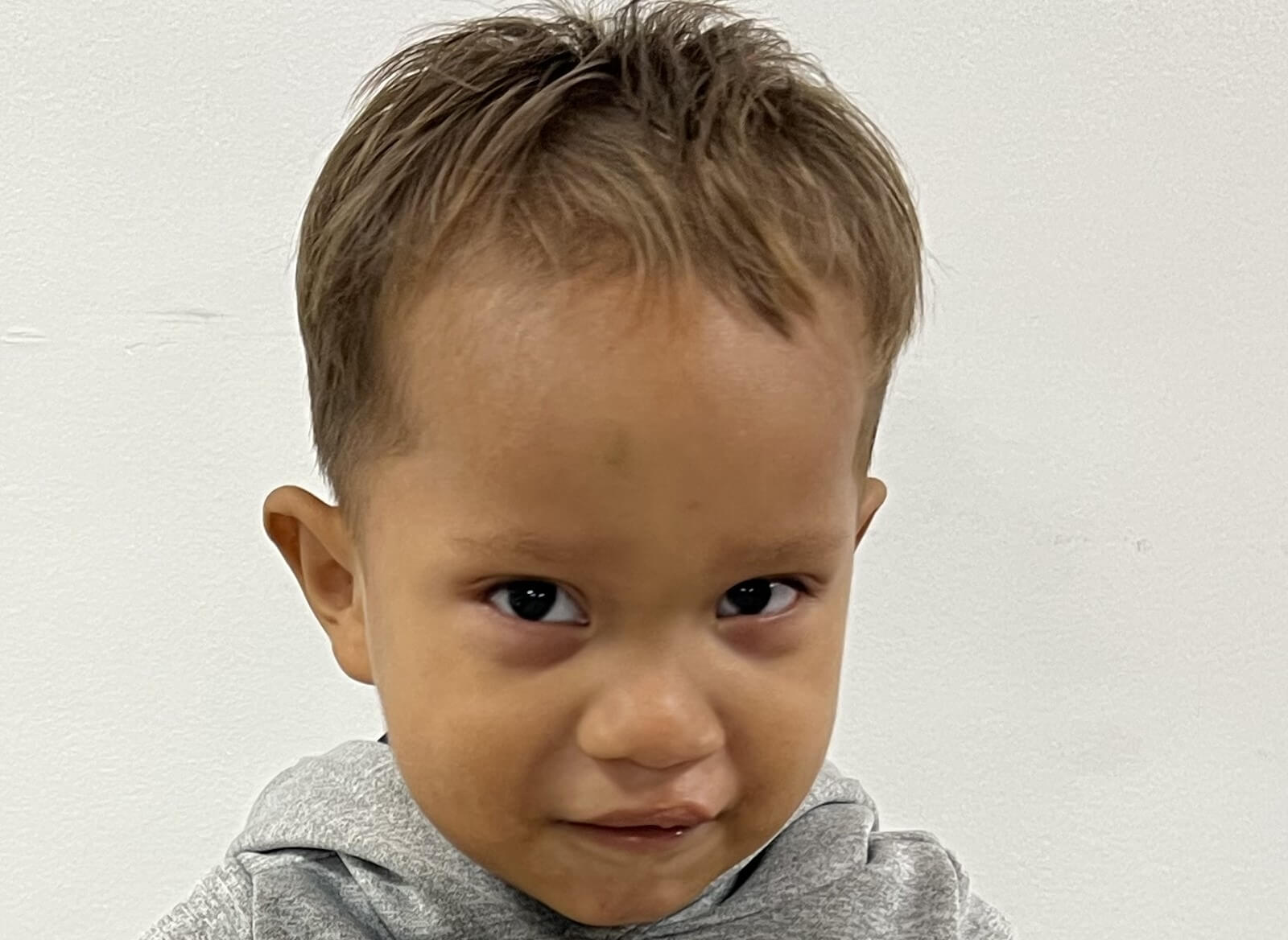 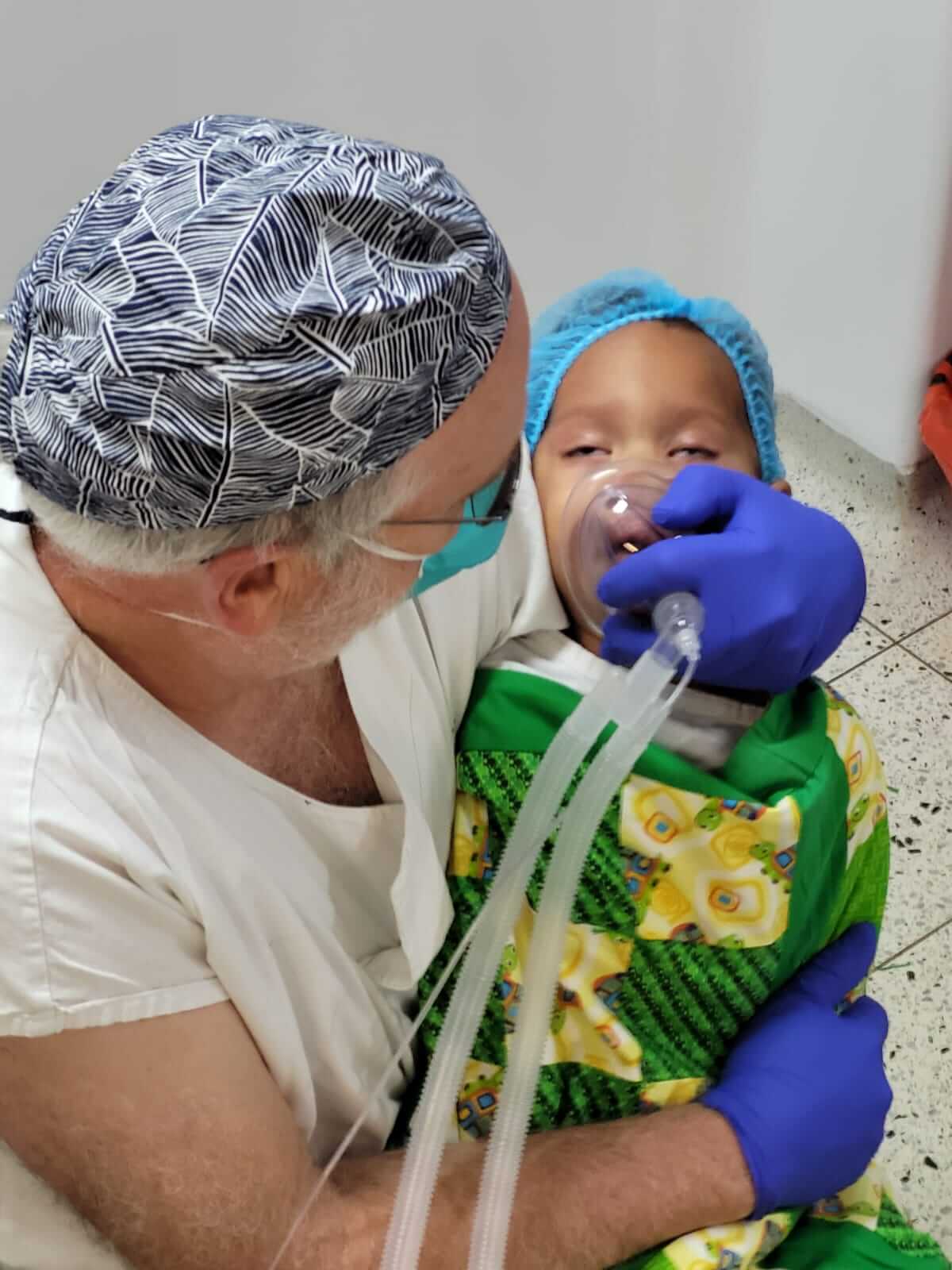 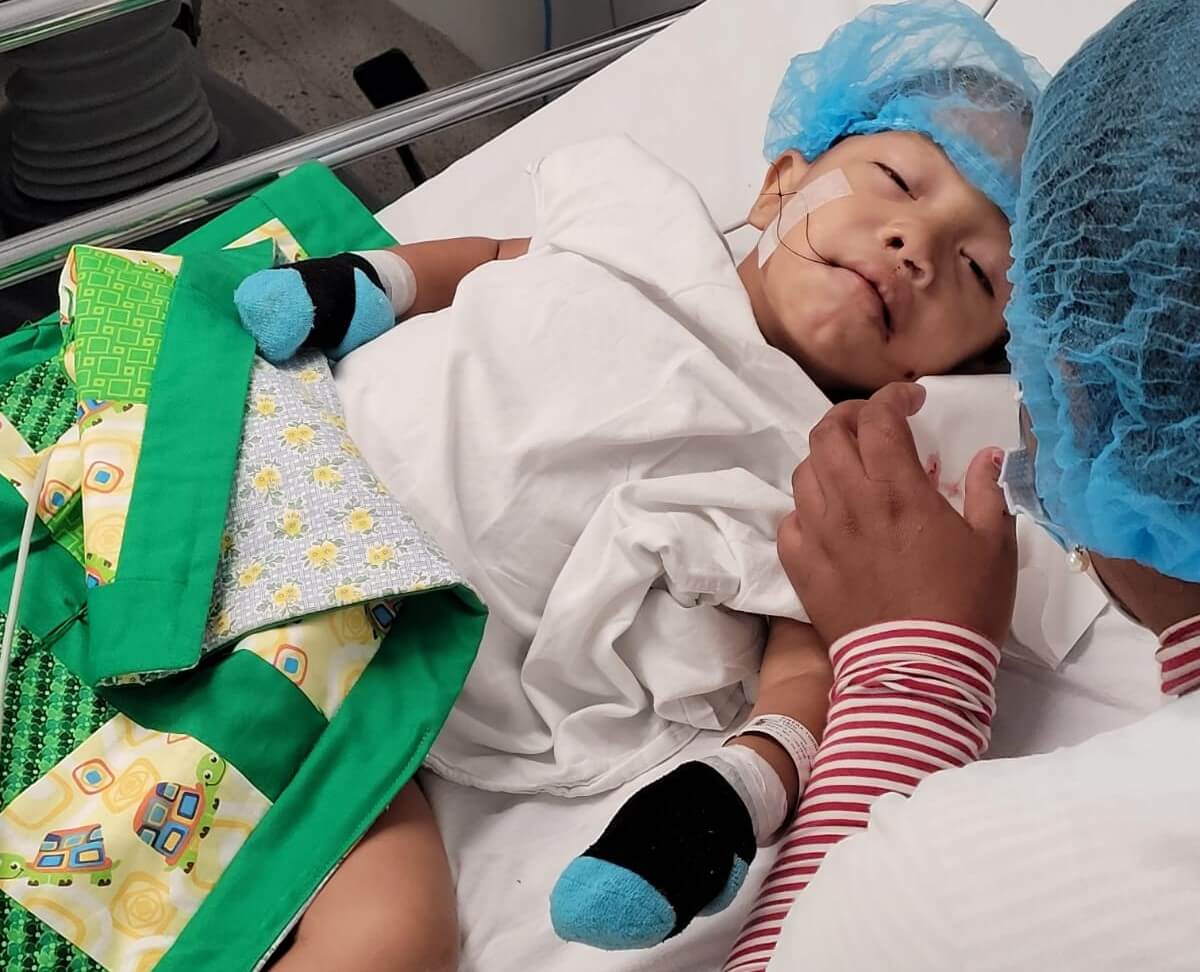 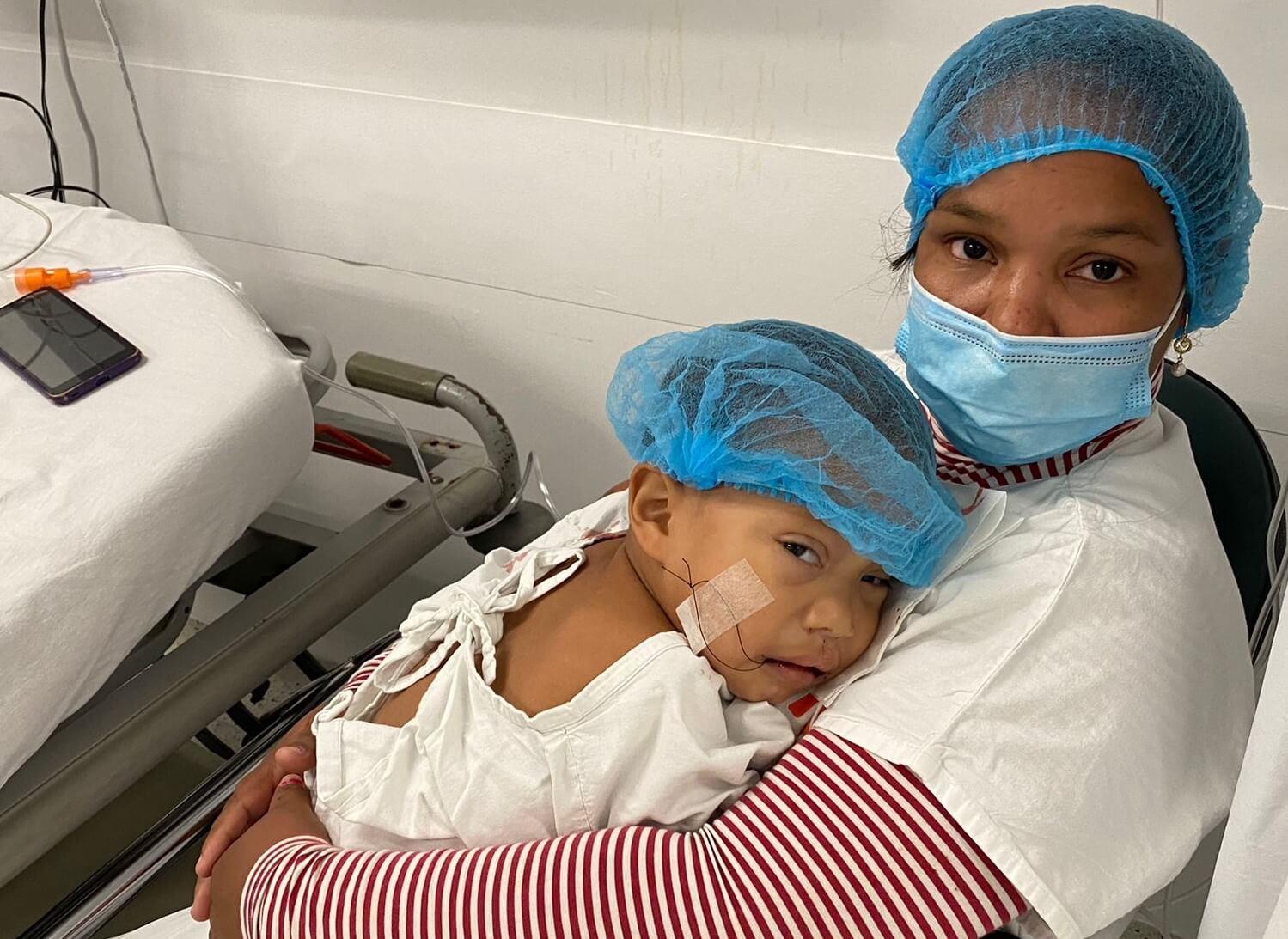 As you can see, our anesthesiologist are very caring with our patients.  We have four incredible individuals doing this job: Lead Anesthesiologist Dr. Neal Fleming, Dr. Robert Karoukian, Dr. Kiran Puri, and David Rowen, CRNA.  David is a Certified Registered Nurse Anesthetist living in California.  He recently retired from UC Davis Medical as the Chief Nurse Anesthetist.  Though, he isn’t really retired.  David still works 2-3 days per week with a good friend of his, a plastic surgeon.  His first Rotaplast mission was in 2001 and he has been on 11 missions.  On one of these missions, Guatemala, his wife joined him.  This is his third Rotaplast trip within the last year.  He was on the two Monterrey Mexico missions, last October and April.  David is an avid cyclist and runner.  Since retiring, he has added avid reader to this list.  He has two grown sons who live in the Bay Area.  We are lucky to have David with us on this mission. 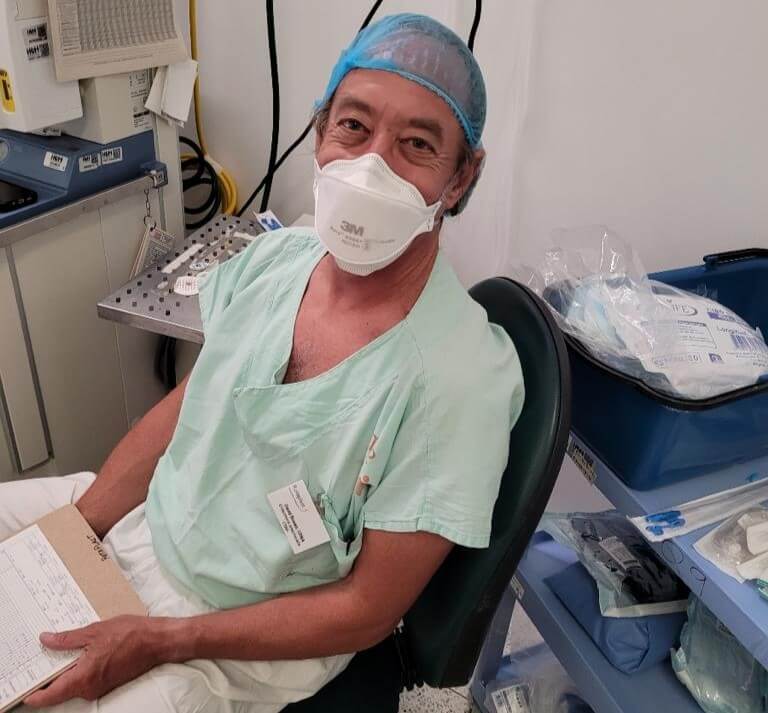 As the sun starts to go down here, the rain is starting again.  Not to worry.  If our previous days here are any indication, we will have a bright sunny day tomorrow, just like our patients’ futures.

What a different feel this morning has compared to all the others since we have been here.  We only have three surgery patients today.  This means there was no crowd waiting for us when we arrived.  No ... Read More »