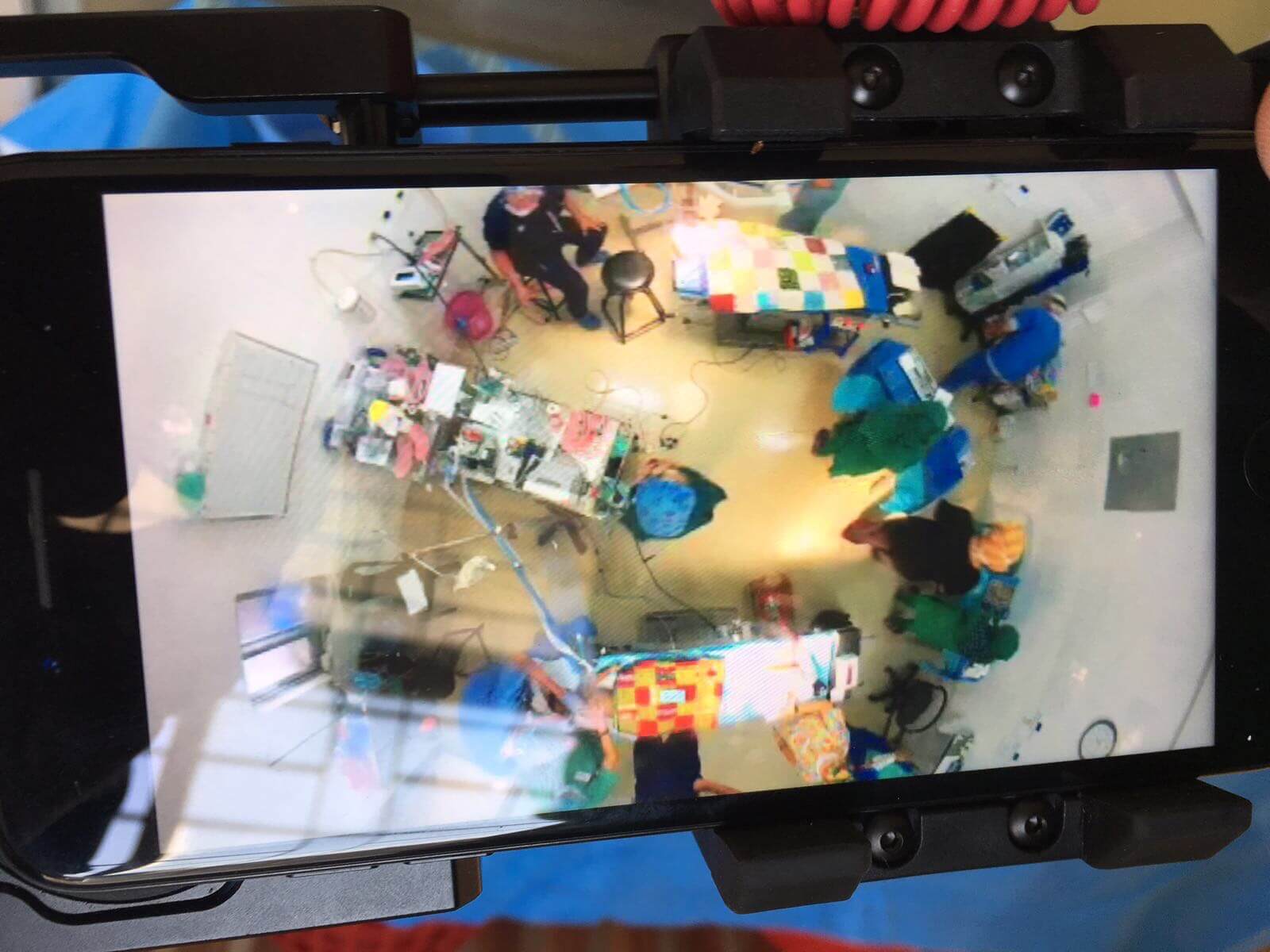 Yesterday Gagan Sabharwal (Plastic Surgeon) arrived from India and joined our team this morning in the hospital. We were prepared for a great day. We took our 360 camera into the OR and attached it to the ceiling. We recorded the work in the OR. We immediately knew this was going to be a great day! In short: the team managed to operate on 11 patients; had a visit from the Professor of the Medical Women’s College and Hospital and had a very appreciated visit from the Mayor of Sylhet! 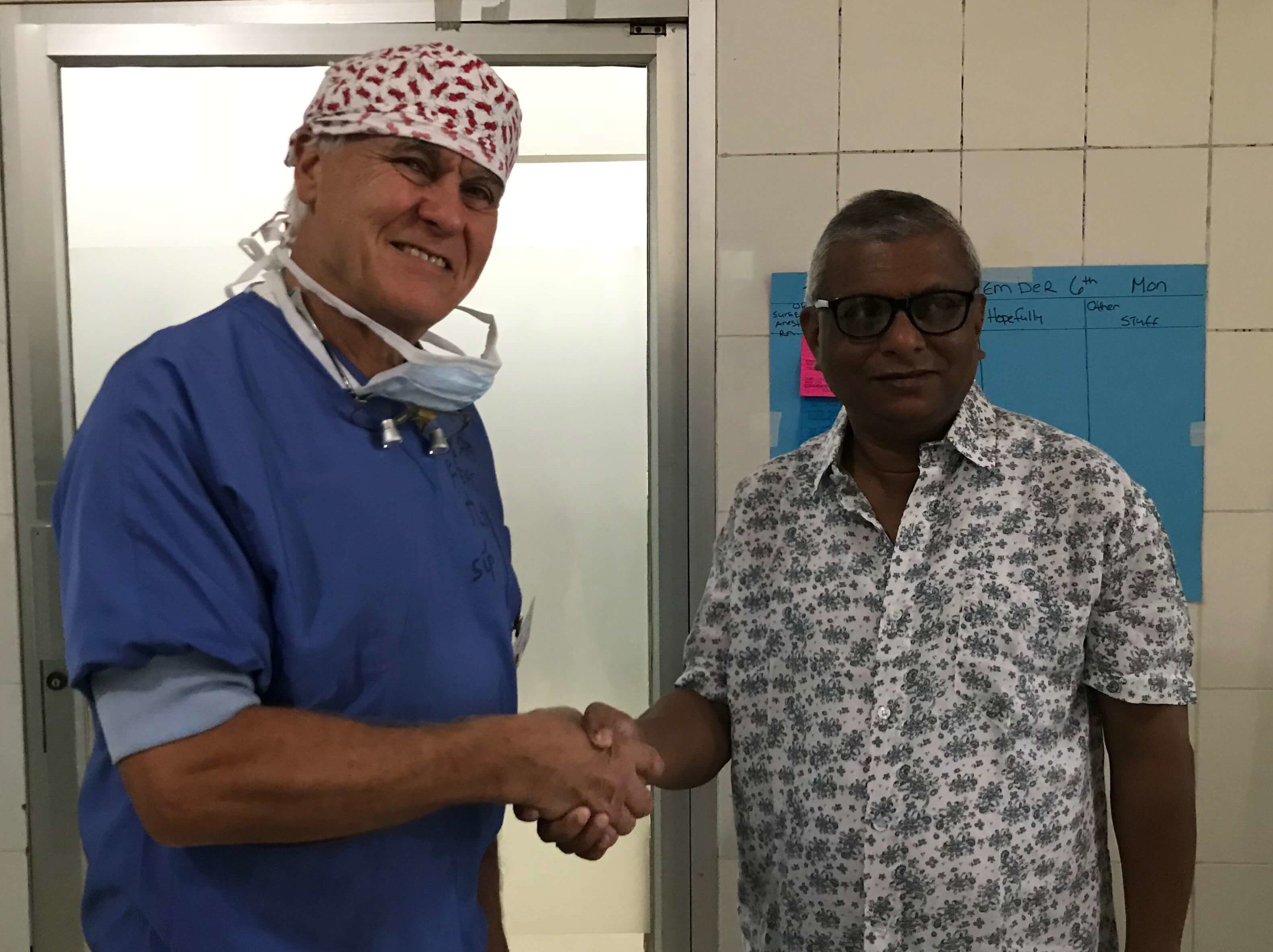 It was so good to see that our presence was noticed by the Mayor. Guided by our Medical Director Sibrand Schepel he entered the OR and also took a tour through the Ward. The Mayor did meet some patients and he reassured them of being in good hands.

The variety and difficulty of the procedures made the team run like an oiled machine! 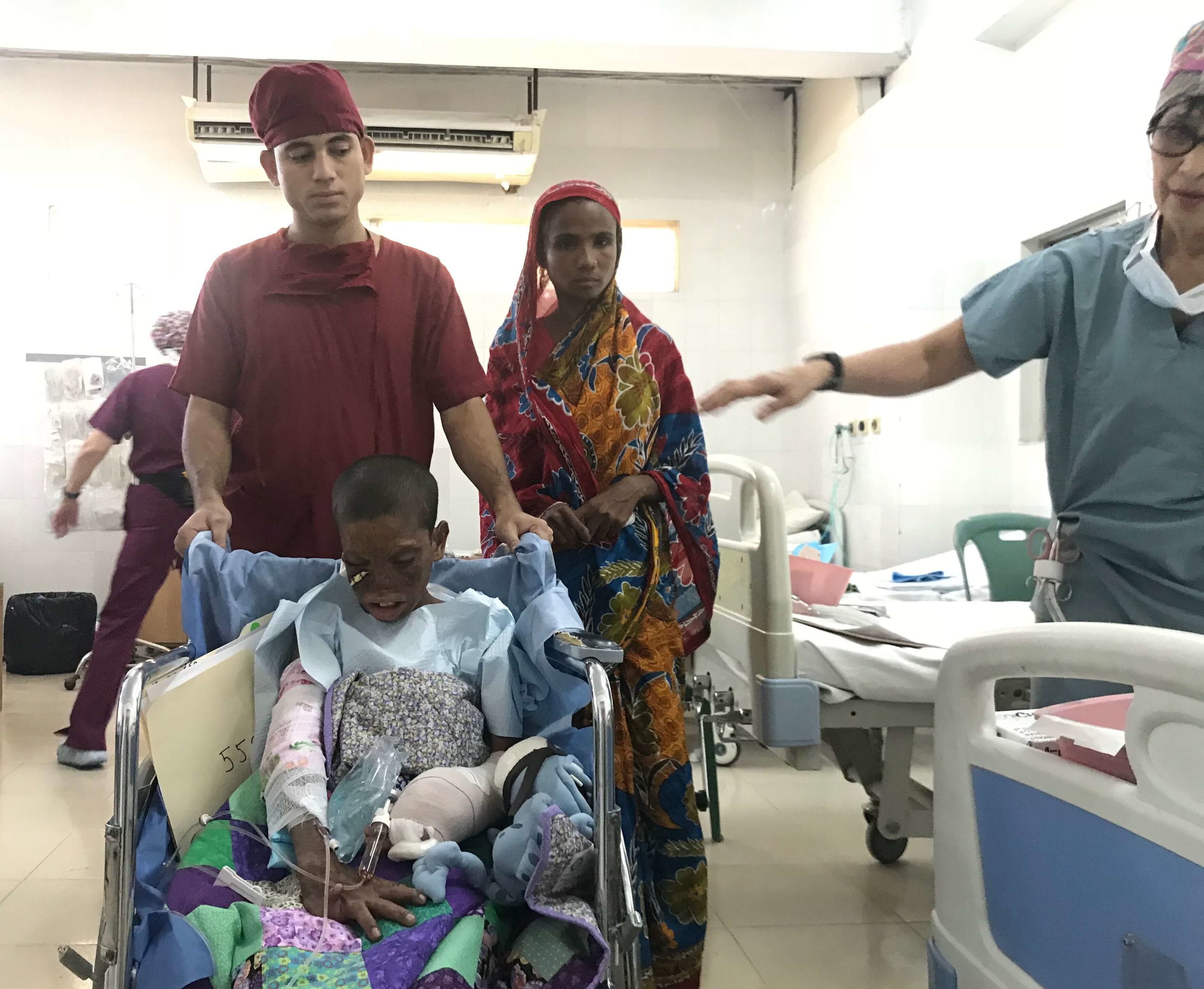 Today Majed (12 year old boy) was operated on to release his wrist which was deformed by burn scars and also his eyelid. It’s called FTG (Full-Thickness Graft) which means full skin transplantation. That would be on both, wrist and eyelid. Surgeons take skin from another part of the body and transplant it on to the preferred area.

It happened so fast…

In the evening, it was getting dark, Majed was a little boy 2 years of age. He stood in his crib in a room. The room was illuminated by an oil lamp. Minutes after his mother left the room the most horrifying scene occurred… A screaming baby boy attracted her attention and the mother ran inside.

Majed was on fire. The oil from the lamp had fallen all over him. It was devastating for mother to find her little boy burning from the oil.

Majed is a bright boy. He wants to be an engineer. But, they are poor. A farmers family. A farmer works the most hours a day/week in Bangladesh. Really full-time you can say. His father is not educated and his mother had only the first four years of primary school.

Because of his scarred face he is not ‘allowed’ to go to school. “He would scare of all the children”, the translator tells me. Is there no future for him?

His face and large body parts are severely injured. Of course the burning wounds were treated, but the scarring is very contracted (8 years later). They are causing a deformity. He is not able to use his left hand and wrist because of that. And his face is very scared. He cannot close his right eye because of the scarring. In order to save his eye and sight it is necessary to operate his eyelid. By FTG (Full-Thickness skin Graft) a skin transplantation will be done. Also his wrist and hand will be released so he would be able to use them again. 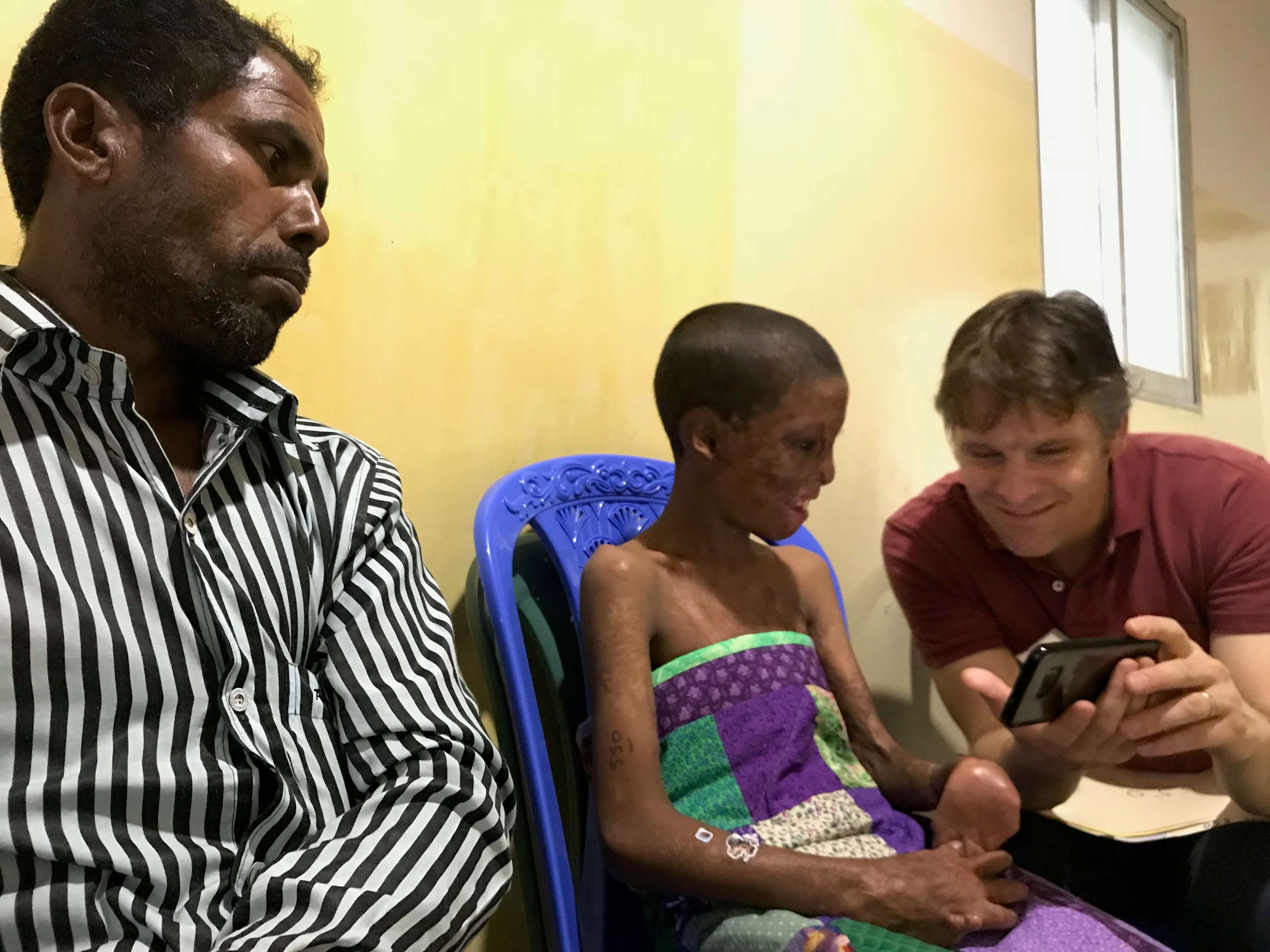 Anisha doesn’t speak well, but she talks to us with her eyes Mostly all our patients and their families are the poorest from Bangladesh. I spoke to the local Rotarians and they explained that they are so... Read More »

Wow what a result! Watch how these operations make a difference for children. Their face changes completely. That’s what ‘Rotaplast’s saving smiles’ is all about. We have done abou... Read More »

The Rotaplast team has done a lot! And today it was clinic day. Some patients need to get a new dressing and some need to be seen by the doctors. In order to change some of the dressings, 8 patients neede... Read More »