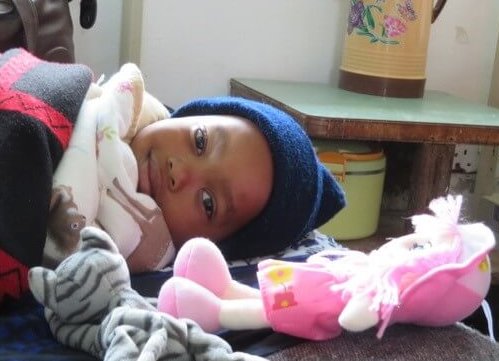 Hilda has mischief written all over her face, she needed one of her fingers released. She was one of the easiest kids to handle in the recovery room.

Dr. Boony and Kim Quintero managing the PACU, completing the charts for the patients that have been released to the ward from PACU. 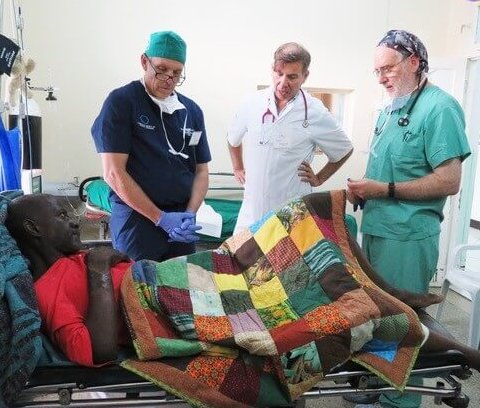 Dr. Boony is the second pediatrician on the team and is a pediatric pulmonologist from Netherlands. The following quote by Oprah Winfrey resonates with him.

“Use your life to serve the world, and you will find that it also serves you”. – Oprah Winfrey

He feels that people should be grateful for what they have. This is his second mission with Rotaplast to Arusha. He feels that people in Tanzania have very little but have each other and they are very content and happy, this is what is lacking in the developed world. He finds these missions to be extremely enriching.

Kim Quintero is one of the PACU nurses on the team, she has been an ICU nurse for the last 24 years. This is her 6th mission with Rotoplast, first one being in 2000. She really feels that this is her calling and enjoys the work. Kim is also part of the International rescue team and is currently on stand-by for the Ebola outbreak in Congo. 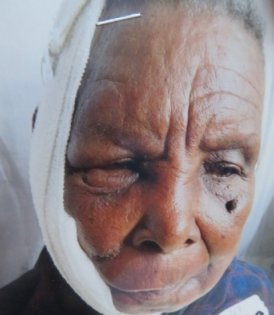 90 year old Amina, before surgery. After her skin graft procedure being wheeled away to the ward by  Dr. Rene Vruels and accompanied by her daughter and granddaughter.

Highly spirited 90-year-old, Amina  was the oldest patient operated by the Rotaplast team. She had fallen off of a motorcycle that resulted in multiple injuries. One of them was this open wound on her face that was not healing for the last four years and was badly infected. Amina was back to her cheery self soon after Dr. Costa performed a skin graft on her right cheek. 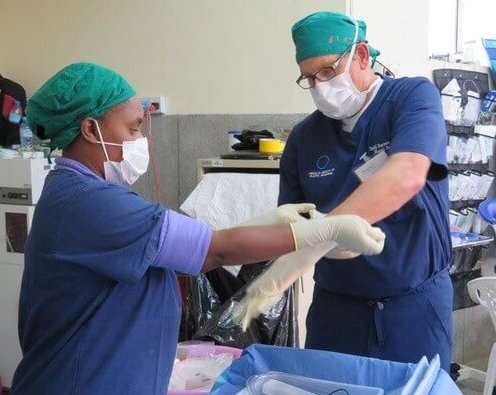 Dr.Todd Farnworth getting scrubbed and ready for the last surgery, being assisted by Mount Meru OR nurse, Resti. 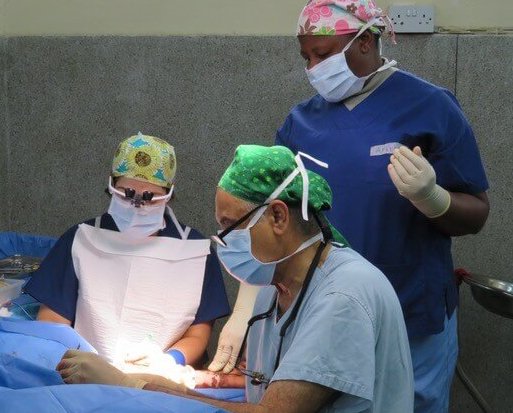 Dr. Devi and Dr. Costa performing a repair of burn scars on Msemo. 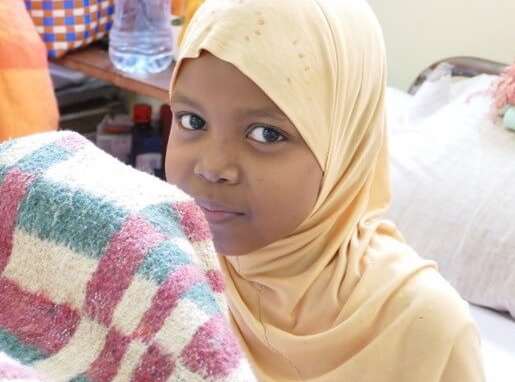 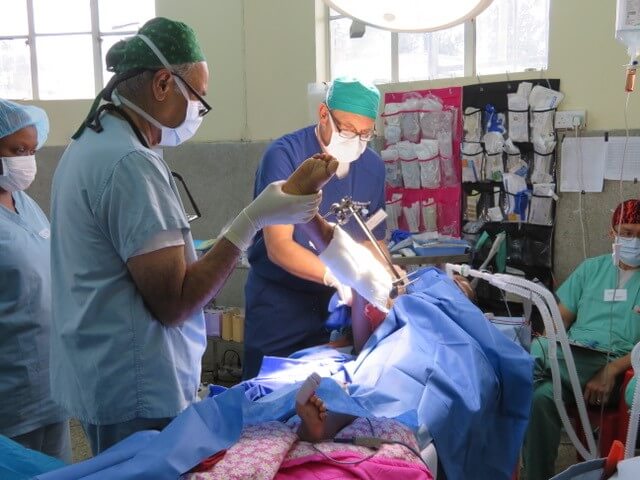 Eight-year-old Sabrina  had been struck down by a car that resulted in broken bones in her leg and extensive wounds on her leg. She had been admitted to Mount Meru and had been there for a month prior to the arrival of the Rotaplast team. Since the open wounds were not healing, the orthopedic surgeon from Mount Meru requested the Rotaplast team to evaluate her and if possible address her needs. Given the nature of her injury, the Rotaplast team scheduled her right away. 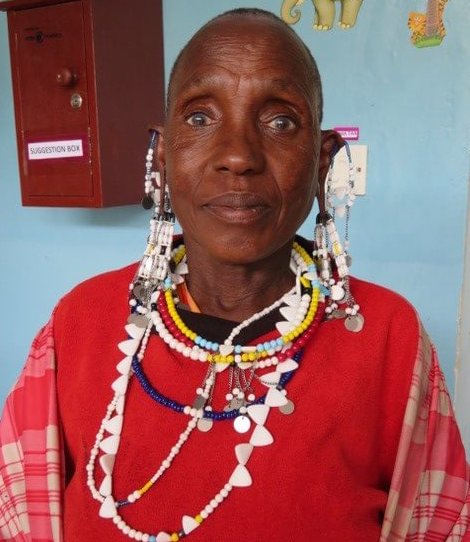 Sangita Seshadri, medical records keepe/photojournalist taking a moment to entertain the kids. As we did the rounds with the surgeons and pediatricians through the Wodi ya watoto (Childern’s ward), the b... Read More »

Last couple of mornings have been cloudy, cold and wet. This morning was the same as we left the hotel for the hospital but soon it cleared up to be a beautiful morning with sun shining. We can start to Read More »