Day 1 – Getting The Formalities in Order 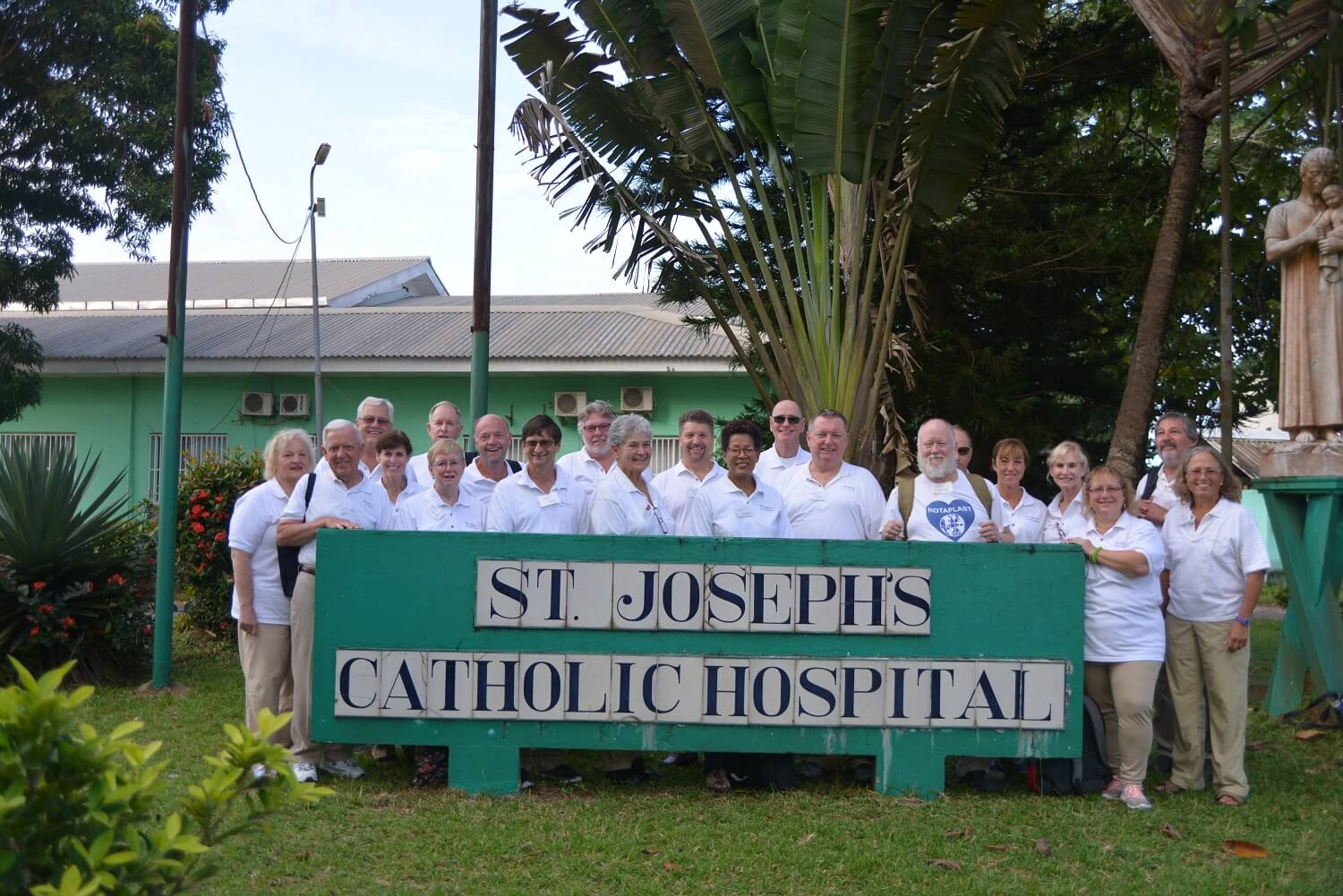 There are always some challenges to overcome on every mission and this mission was going to be no exception. Despite having all the paperwork sent ahead of time for having the medical team credentialed and licensed to work in Monrovia we found out this morning that there were some additional steps that had to be taken before we could start our work. The physicians had to be interviewed in person, which initially was going to be the end of day tomorrow but with the support of St Joseph’s hospital director, we managed to bring this forward to today!

This meant we still could not start seeing patients today but allowed us some more preparation time to start the first outpatient clinic at 8 am tomorrow. The OR team prepared their areas and the medical team aligned on critical patient safety protocols. Dr. Joseph Herbert, MD the team pediatrician also performed an impromptu consultation and examination on two-year-old twins who were being adopted by a Maryland couple. While the boys were still slightly undernourished they were already starting to respond to the love and attention of their new parents.

An important part of any mission is getting the message out to all the potential patients in Monrovia and the rest of Liberia. Again with the help of the presidents from the Sinkor and Gbarnga Rotary clubs Karla Weringhaus, Medical Director and Tom Fox, Mission Director met with several members of the local press to talk about the work Rotaplast is doing, the types of operations and support the Rotaplast and local Rotarians can provide in addition to the free surgical treatment. 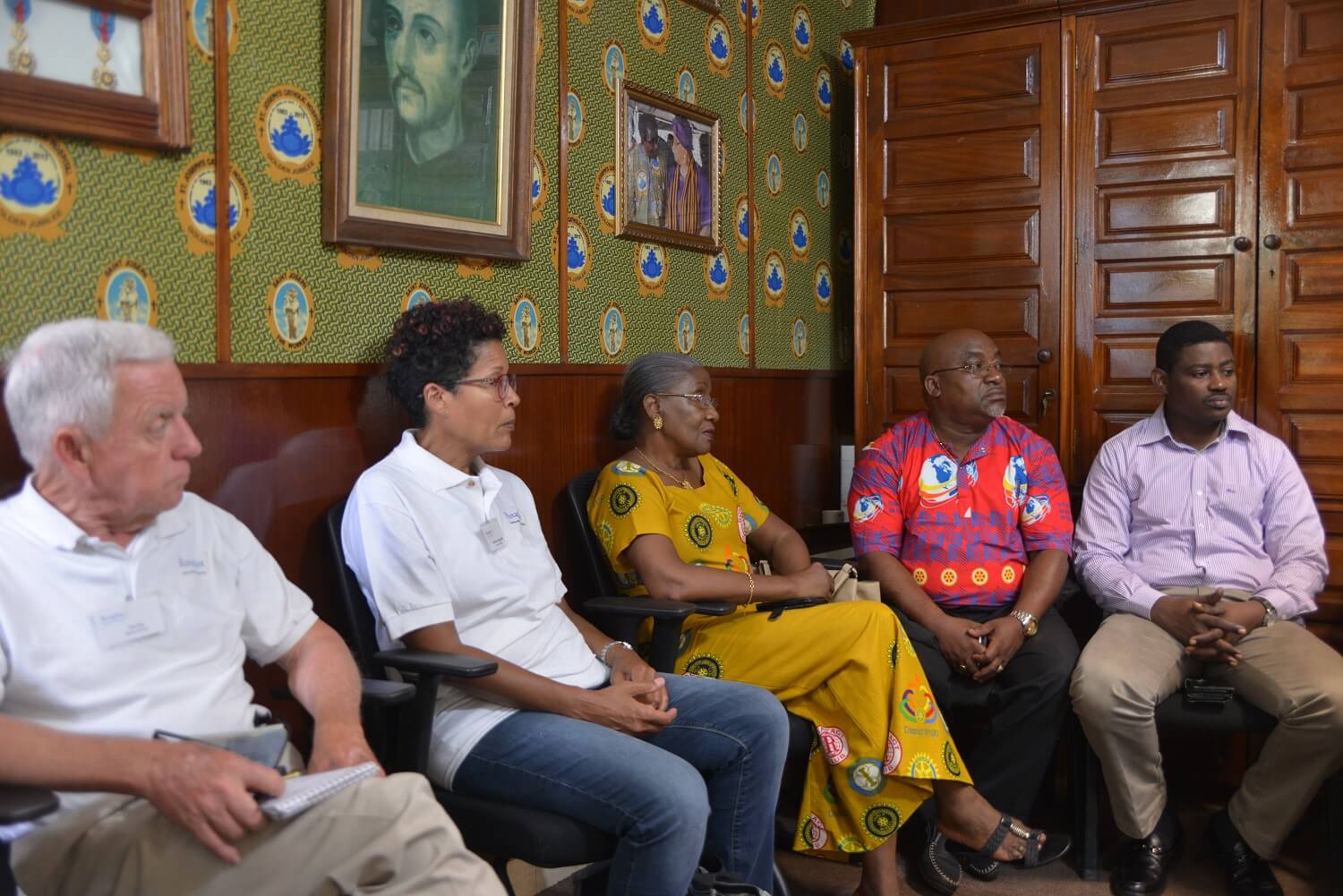 The picture above is Tom and Karla with local Rotarian Presidents talking with the press.

Several patients did arrive at the hospital today including the lovely 4-month-old baby girl who came with her proud mother and grandmother. They understood the delay and said they would return tomorrow. 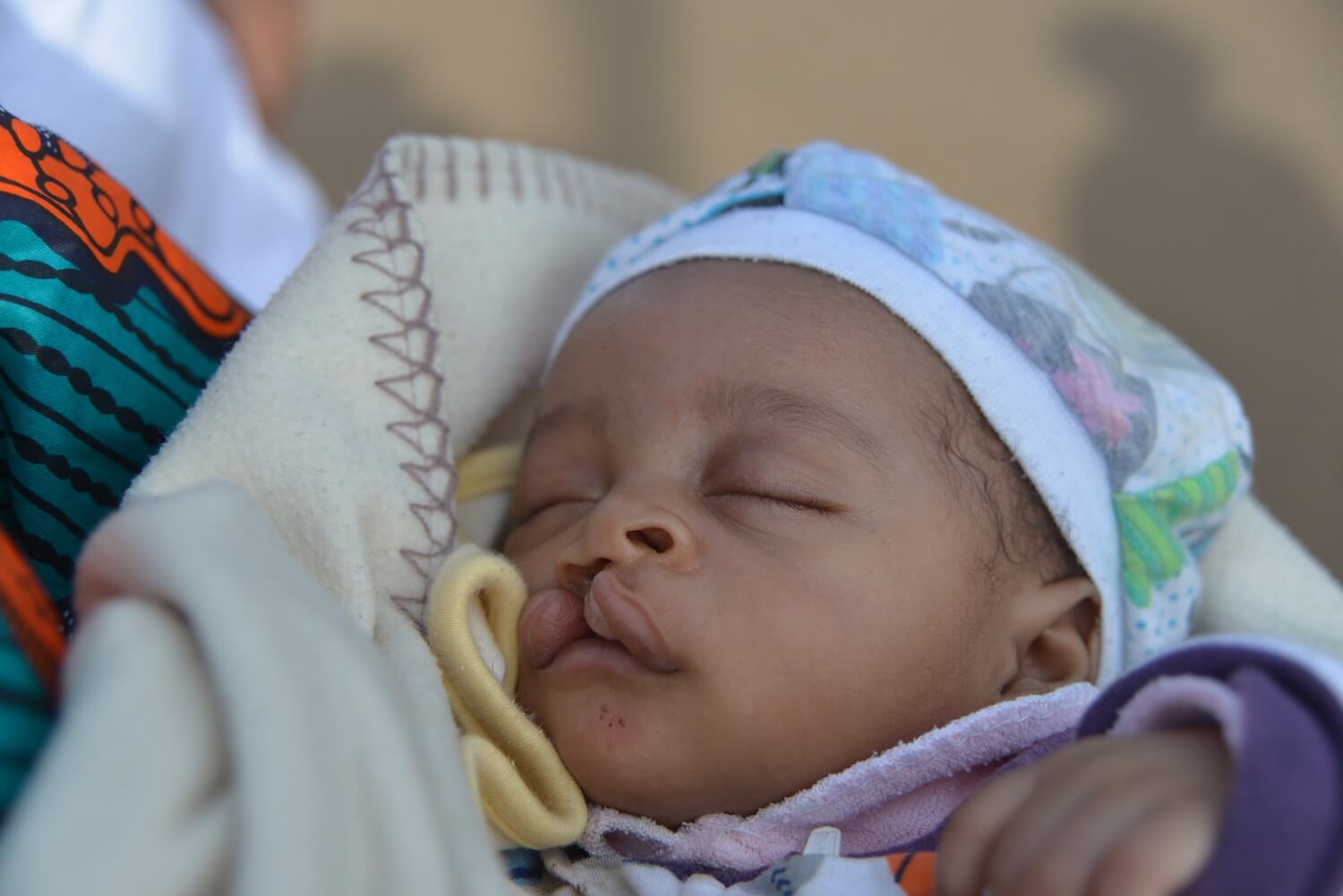 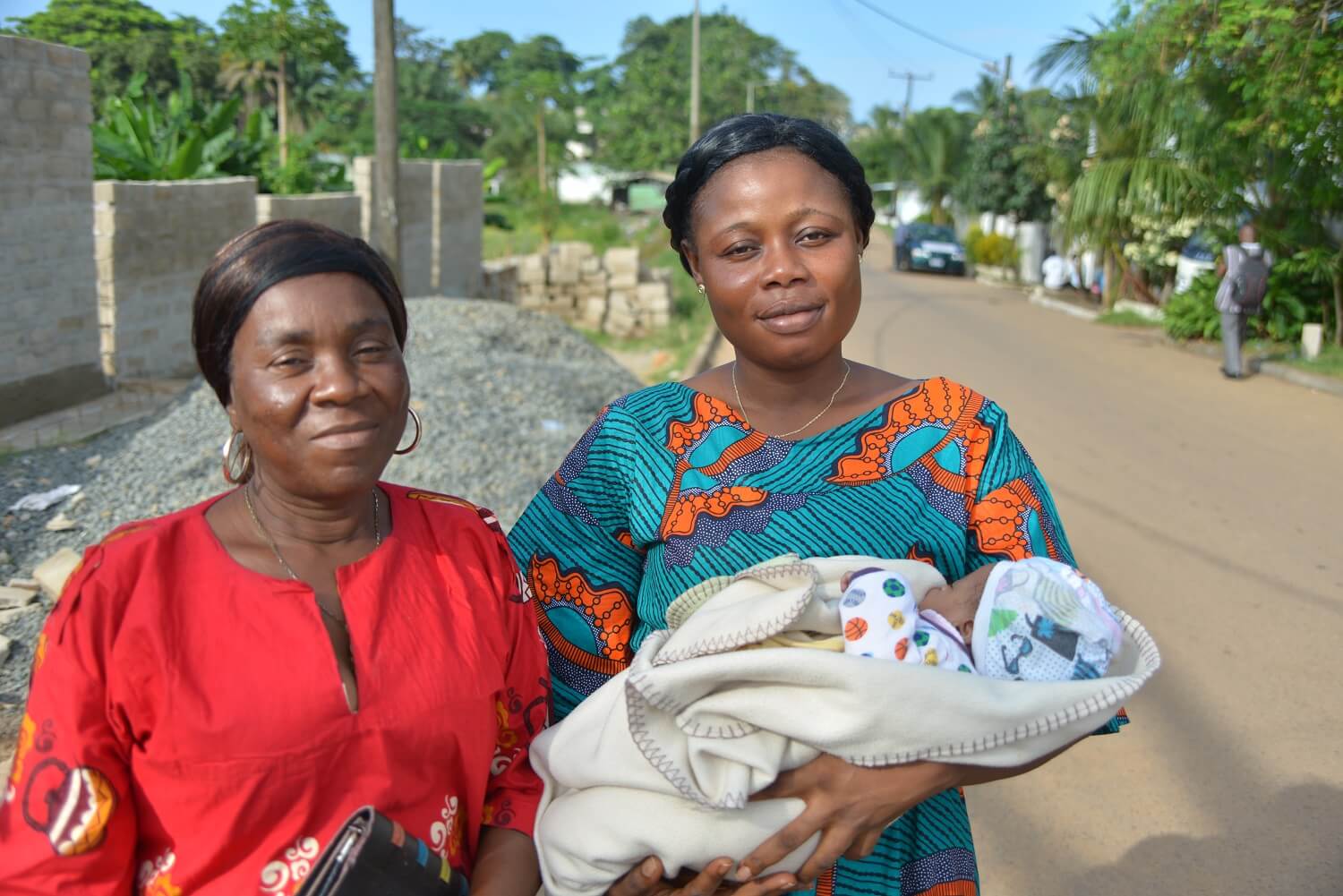 The Ebola epidemic hit Liberia in 2014 and the country was declared free from the virus on 14 January 2016. A total of 11,207 people died from Ebola in Liberia, neighboring Guinea, and Sierra Leone according to the WHO. Around 43 percent of those deaths were in Liberia, where the epidemic peaked between August and October with hundreds of cases a week. St Joseph’s Hospital was on the frontline in the battle against and tragically, several members of staff and many patients died of Ebola at the hospital during that period. In their honor, the hospital erected a memorial to their heroes and heroines who lost their lives trying to save others. 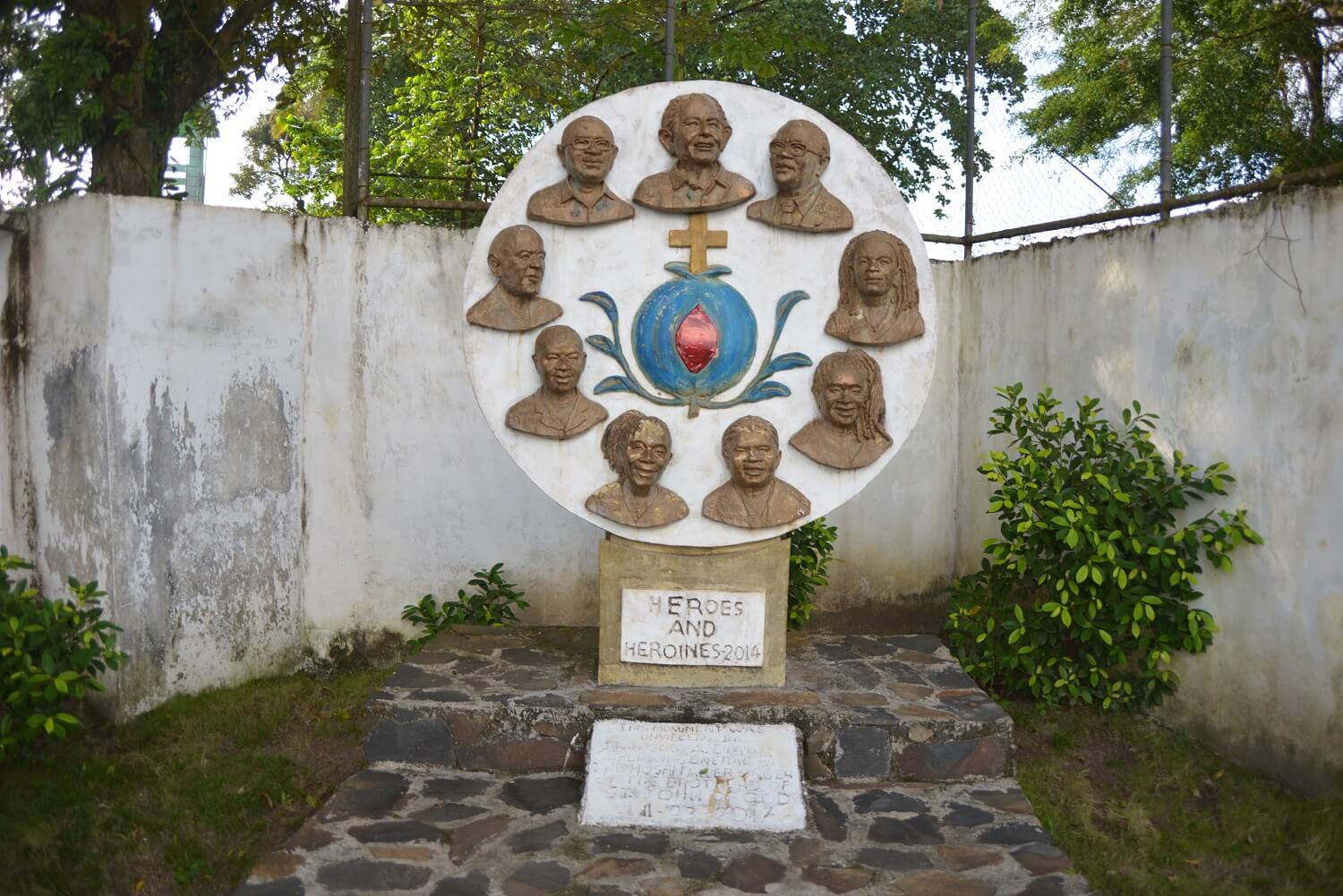 Paula Fillari and Michael Johnson who were on the last Rotaplast mission to Liberia remembered several of those who lost their lives and who are honored in the memorial.

On that sad note time for some sleep at the end of Day 1.

With the medical team now licensed to work in Liberia day-2 began with clinic set up of all the stations – medical records, photography, nurses station, surgeons, and pediatrician.  People had been ... Read More »

Several other surgeries were performed today – all went well, some took longer than expected as they were complex cases but the outcomes were fantastic. Below is Dr. Jeff DeWeese (surgeon) and Dr. Mi... Read More »

Many of the people traveling to St Joseph’s Hospital have traveled several hours by multiple shared taxi rides, buses or on foot. With rain, this can add an extra hour because of traffic or flooded r... Read More »