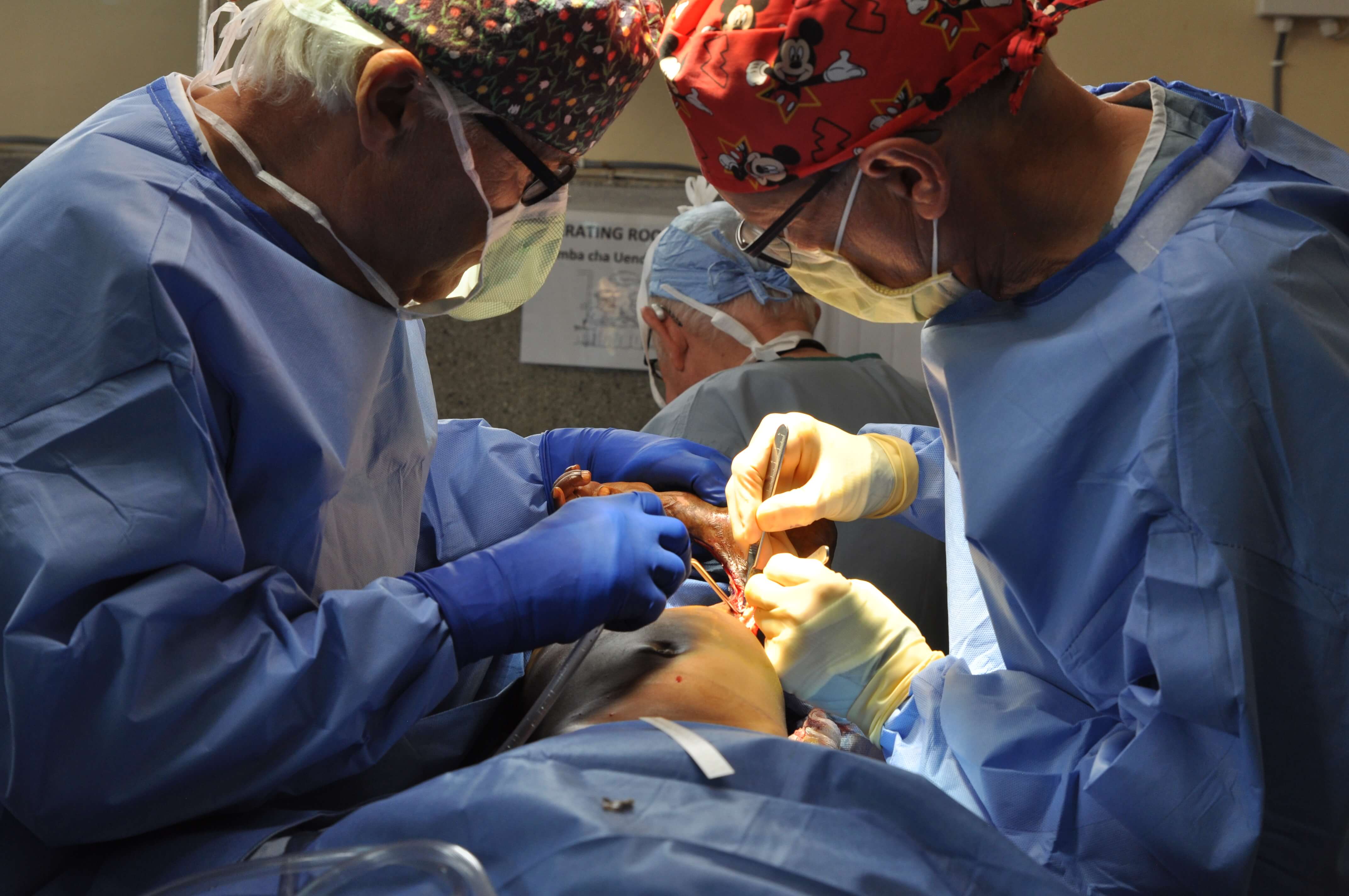 Early morning on Friday 14 June the Rotaplast Team returns to the Mount Meru Regional Hospital starting with ‘rounds’ where the surgeons, pediatricians and Team members make status visit to patients.

Pictured is Surgeon Sibrand Schepel, MD and Lead Pediatrician Rene Clement Vreuls, MD.  Both Drs. have extensive experience with Rotaplast Missions.  Dr. Schepel, is a noteworthy plastic surgeon in the Netherlands, has been a part of about 50 missions around the world, 30 of which are with Rotaplast.  Pediatrician Vreuls bring special experience having lived, directed a hospital and taught in Tanzania. He also speaks Swahili. 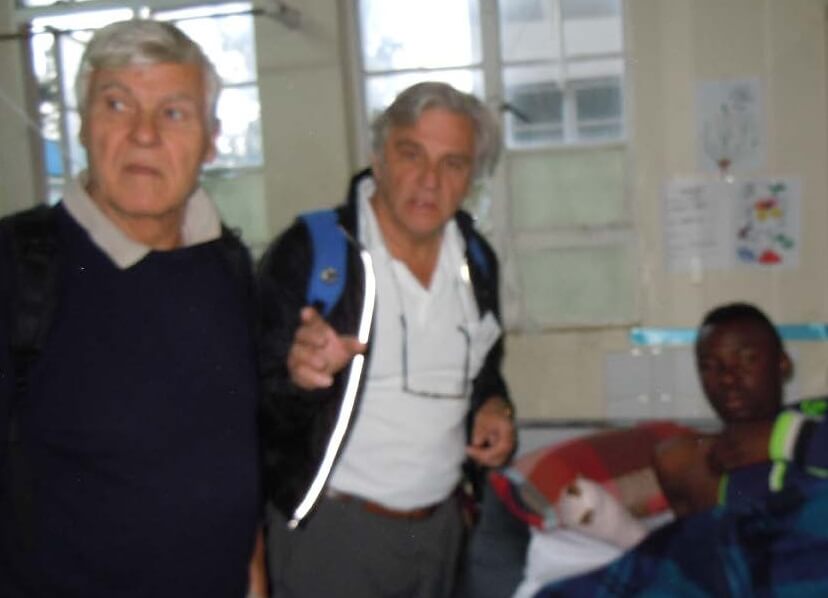 Patient ‘Prisca’ was of special interest because of the extent of surgery required during a three-hour procedure.  Pictured is her in the Ward where she spent the night with her mother. 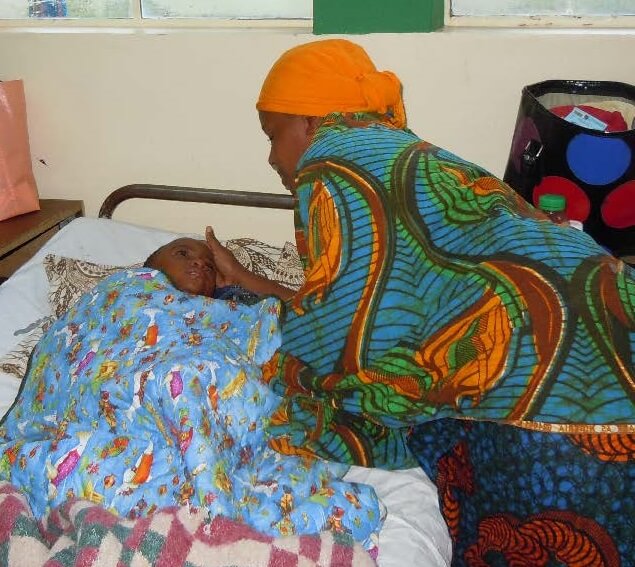 As the rounds are being made, the Operating rooms are being readied and the first surgery of the day has started. Head Nurse Kim Capps, RN finalizes the schedule for the day and insures each member of the team is ready. 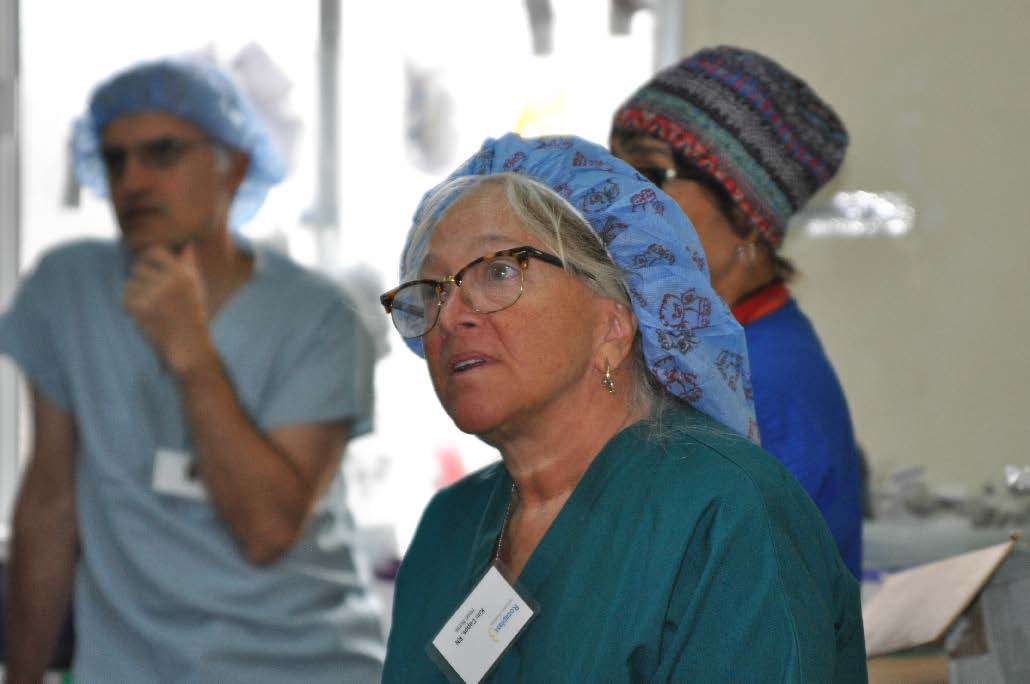 The first surgery of the day is in the final preparation stages. Pictured are OR Nurses Jeanne Kille, RN and Donna Joanise, RN. 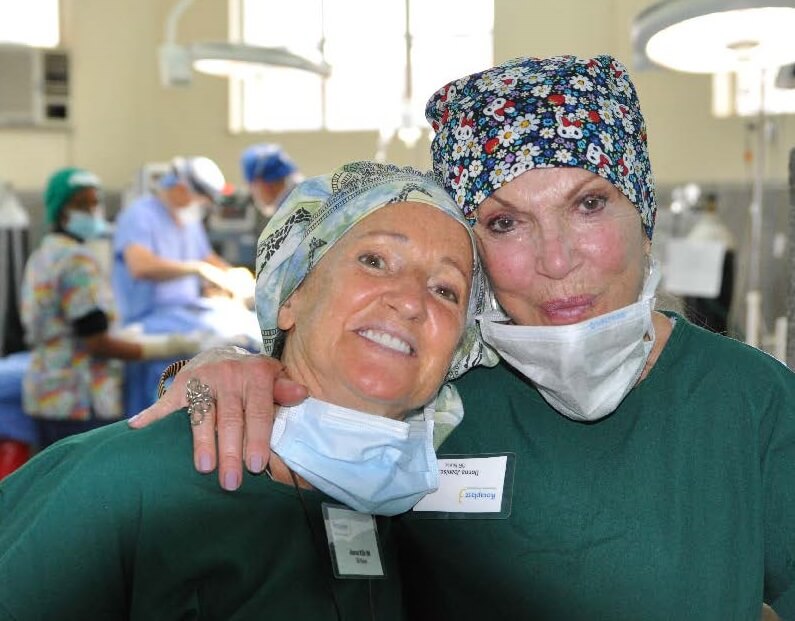 Since “retirement’ Nurse Jeanne Kille still works part time as an OR nurse on an on-call basis, but primarily she is a volunteer has been a part of over 60 missions across the world.  Every day she wakes up thankful of having a good life and continue to give back.  OR Nurse Donna Joanise has a long career as an OR nurse as well as several years in public health.  Arusha is her 7th Rotaplast mission. 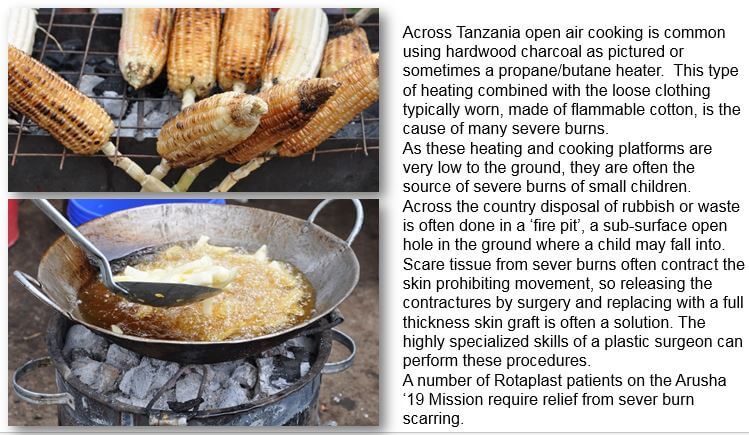 Meet Prisca, a 3 years old child, pictured with her mother. 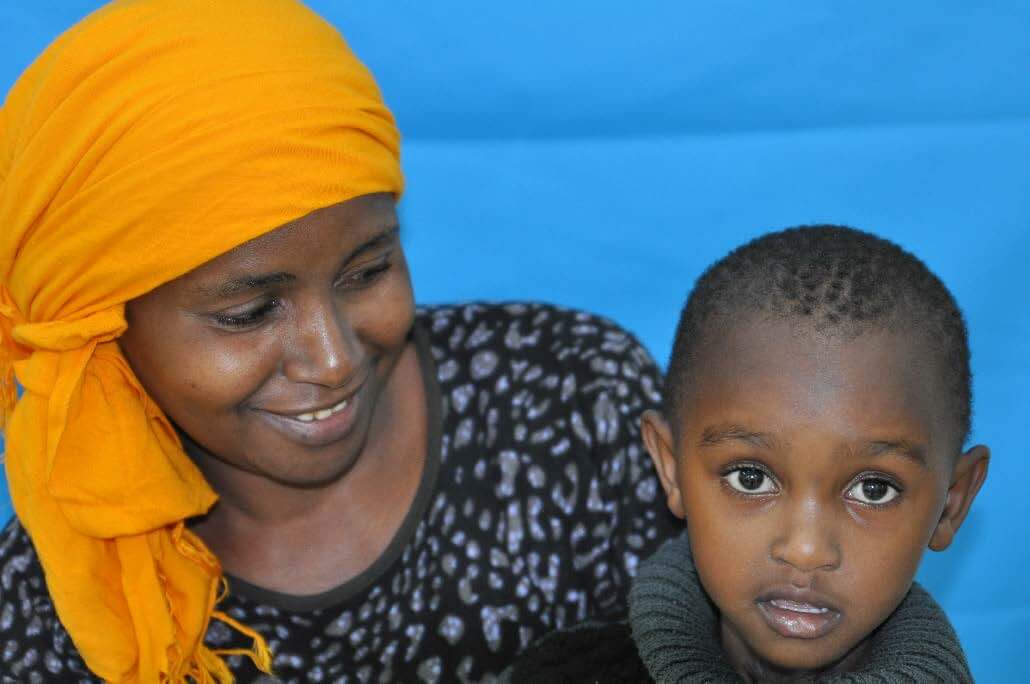 Prisca was a happy, bouncy one year girl when she fell into a wood burning stove with a boiling pot of tea.  She was burned horribly, spending over 7 weeks in the hospital.  Regretfully she developed contractions of the arm so severe she lost mobility. 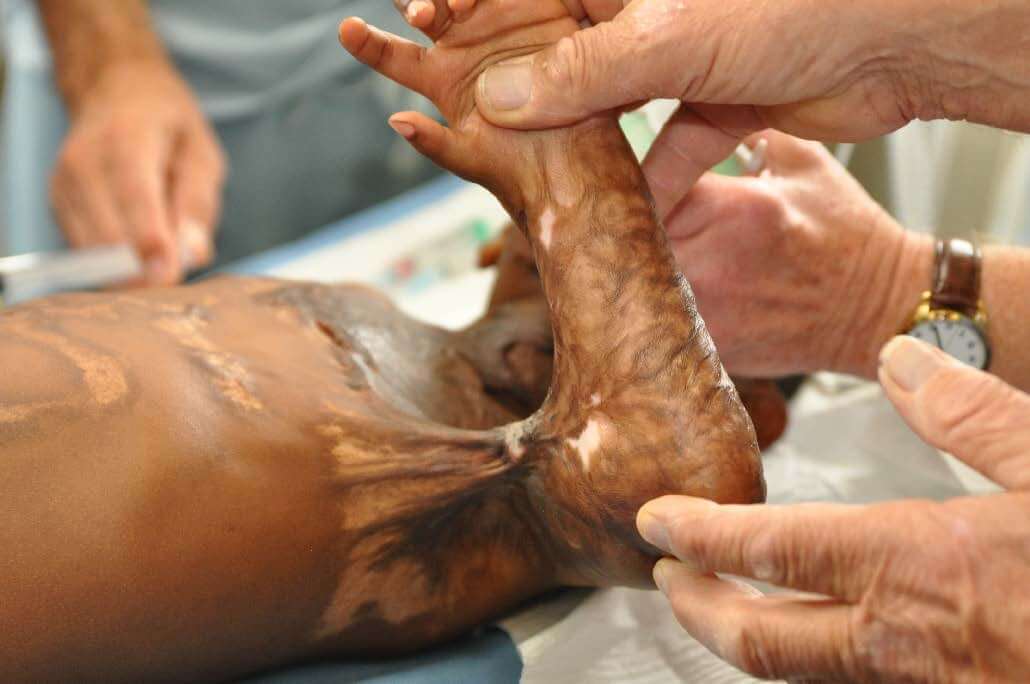 Surgeons Sibrand Schepel, MD from the Netherlands and Rod Simonds, MD from San Francisco, California led the procedure to release the contractures by removing the burned skin, then applying a full thickness skin graft with skin from her abdomen, a 3 hour procedure. They were supported by Anestheslogist Tim Conahan, MD and OR Nurse Jeanne Kille, RN 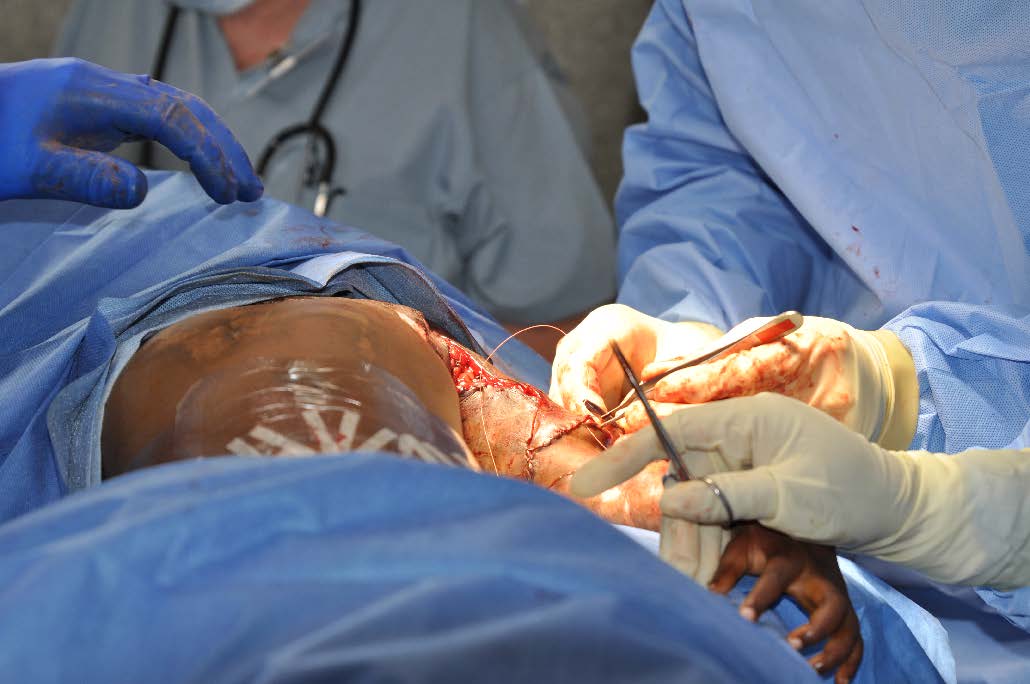 Following the surgery, Physical Therapist Linda Zellerbach prepares a special splint to keep her arm in position.  The Arusha ’19 mission is Ms. Zellerbach’ second Rotaplast mission.  She retired from full time Physical Therapy in December of ’18 after a 40 year career at St. Francis Hospital in San Francisco.  She is now a ‘professional volunteer’ and teaches Physical Therapy part time. 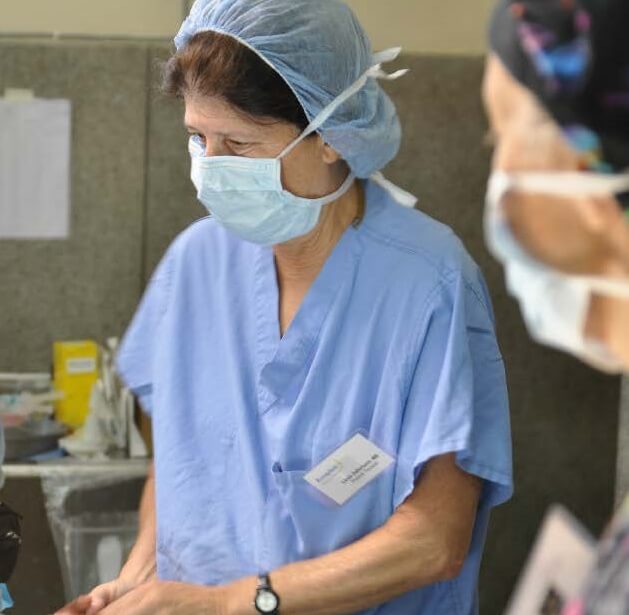 From OR, Prisca is taken to the Recovery Room, where the post anesthesia care unit (PACU) team takes over until the patient is released by the Pediatrician.  In most cases of extensive surgery the patient then goes to the Ward where their recovery can be monitored by the medical team before returning home.

Pictured below is Prisca in the Ward with her mother.  Prisca’ arm remains in splint. 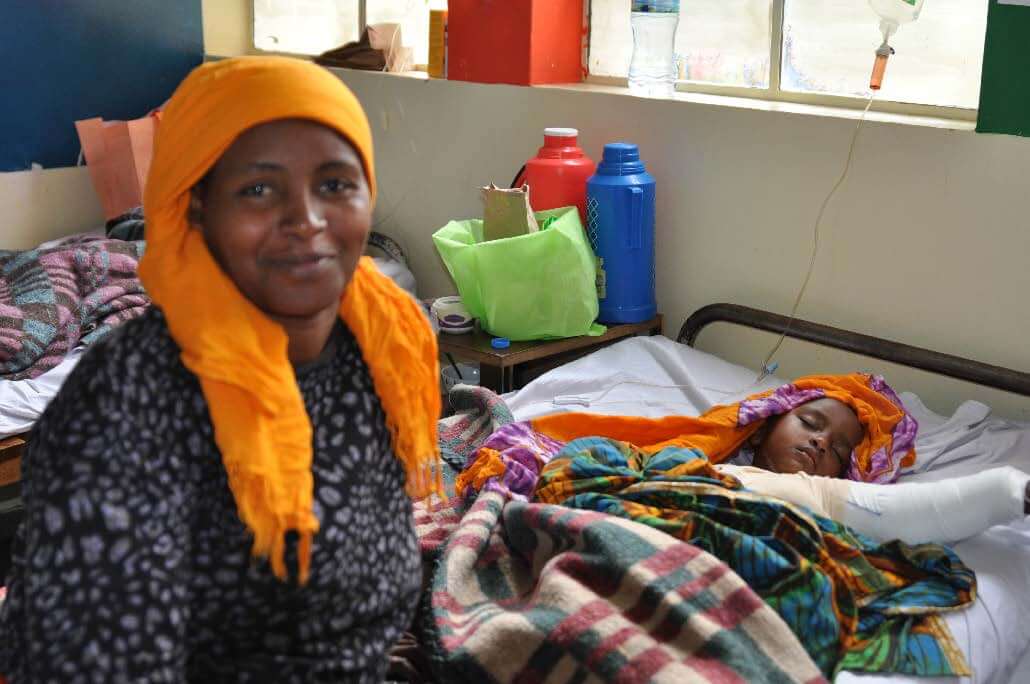 After travel, clinic set-up, initial patient screening, and three day of surgery including post surgery care in the recovery room and the Hospital Ward, Team Arusha ’19 takes a day off.  The Team wi... Read More »

Featured photo is the first lip repair of the fourth day of surgery. Hajua is a 2 year 11 month old girl from the village of Chinya which is near and a part of the city of Mbaya about 1,500 Read More »