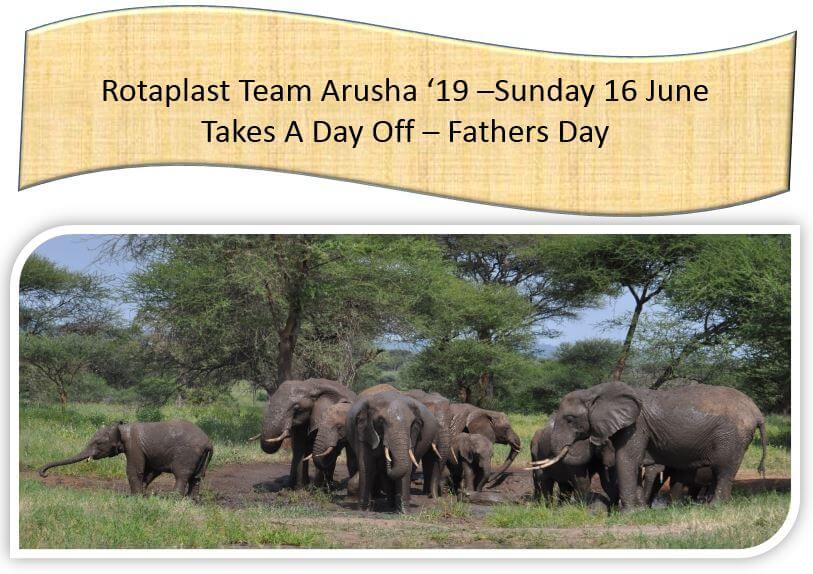 After travel, clinic set-up, initial patient screening, and three day of surgery including post surgery care in the recovery room and the Hospital Ward, Team Arusha ’19 takes a day off.  The Team will assemble early AM to resume.

Featured photo is the first lip repair of the fourth day of surgery. Hajua is a 2 year 11 month old girl from the village of Chinya which is near and a part of the city of Mbaya about 1,500 Read More »

Featured photo captures the sparkle in Dr. Tim Conahan, MD, Team Anesthesiologist face as he carries one of the youngest patients at 3 months old from his mother to the operating room. Rotaplast Arusha ’... Read More »