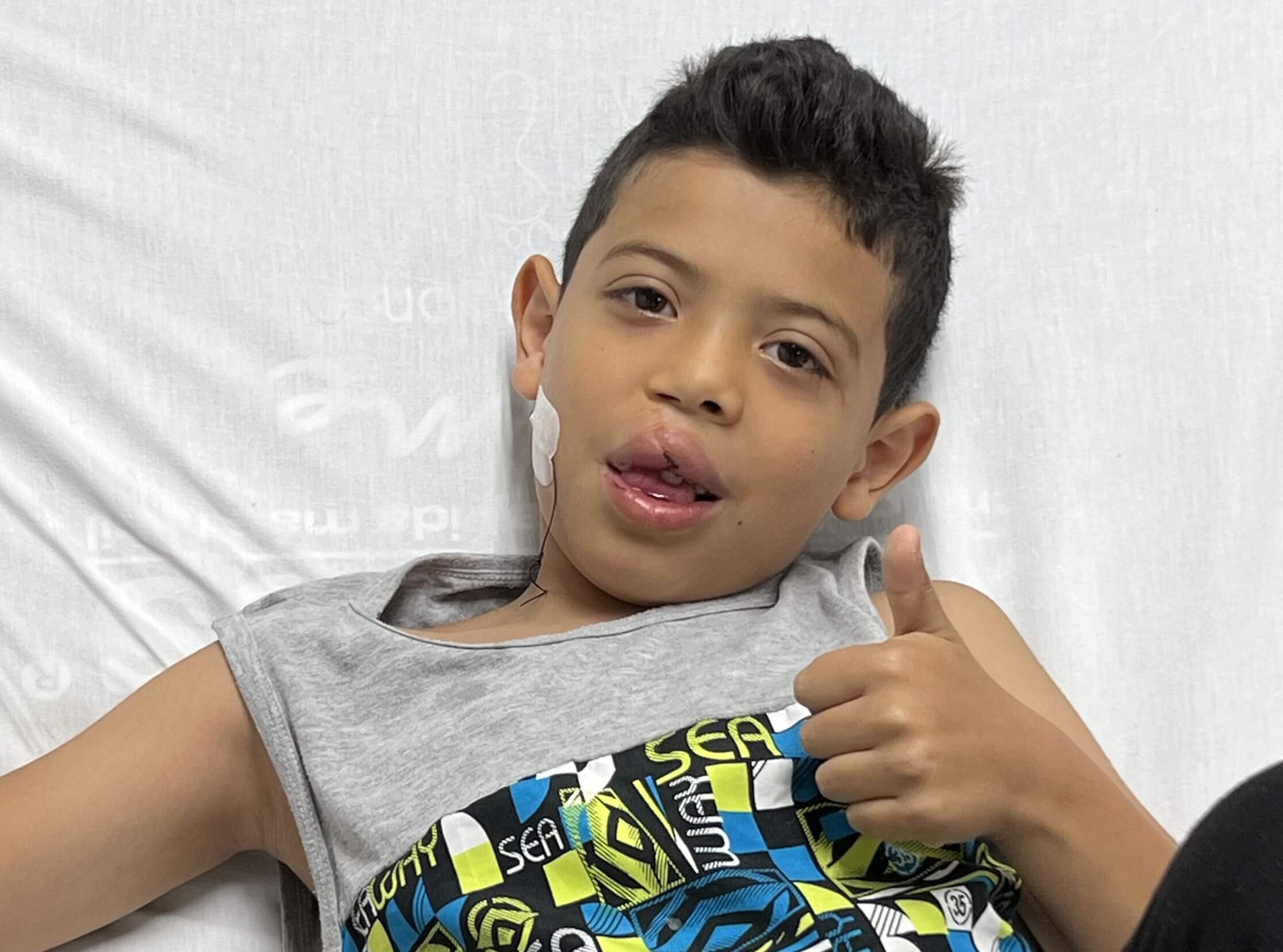 Early mornings are starting to feel normal now.  When we showed up at the hospital at 6:30am, we already have a line forming outside of parents and children I recognize from clinic days.  They were excited and hopeful for their surgeries scheduled today.  We had 11 surgeries scheduled for today (one of these had to be cancelled due to an upper respiratory infection).  We had an additional four families arrive today for evaluation.

With the help of our Ward Coordinator Joe Vara as translator, I was able to interview some of the families when they were waiting for their surgeries.  Joe was a loan officer, real estate, insurance, and retired from the County of San Bernardino Department of Social Services.  He has been in the East Los Angeles Rotary Club for over 40 years.  This is his first Rotaplast mission.  He loves to travel and good food.  Both of which he is getting on this mission. 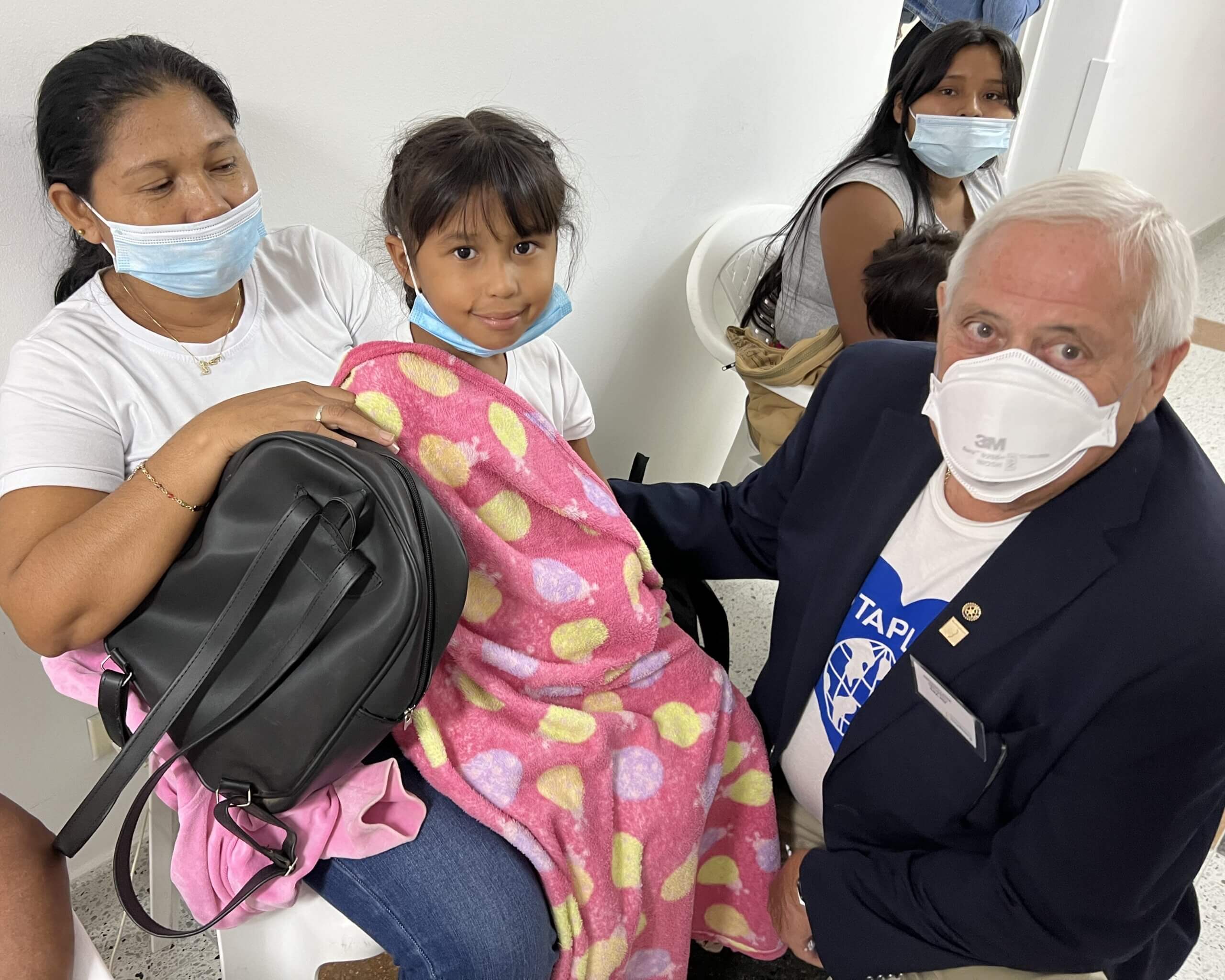 Ketty is 6 years old.  She travelled 20 hours by bus with her mother to come here in hopes that she would be accepted for surgery.  Her mother learned about this mission from the psychologist at school.  From her picture, you may not think she has any problem for which she would need help from Rotaplast.  She has a cleft palate.  This causes her to breathe through her mouth and speak differently.  Ketty cannot eat a lot of food because it comes out her nose.  She gets bullied at school for talking funny.  They have been trying to get help for her since she was born.  Mom says that local places wouldn’t even answer her calls.  She is so grateful to Rotaplast for considering Ketty.  This will change her life for the better in so many ways. Photos- intake photo, pre-op, Dr Anne Delaney checking palate repair the next day. 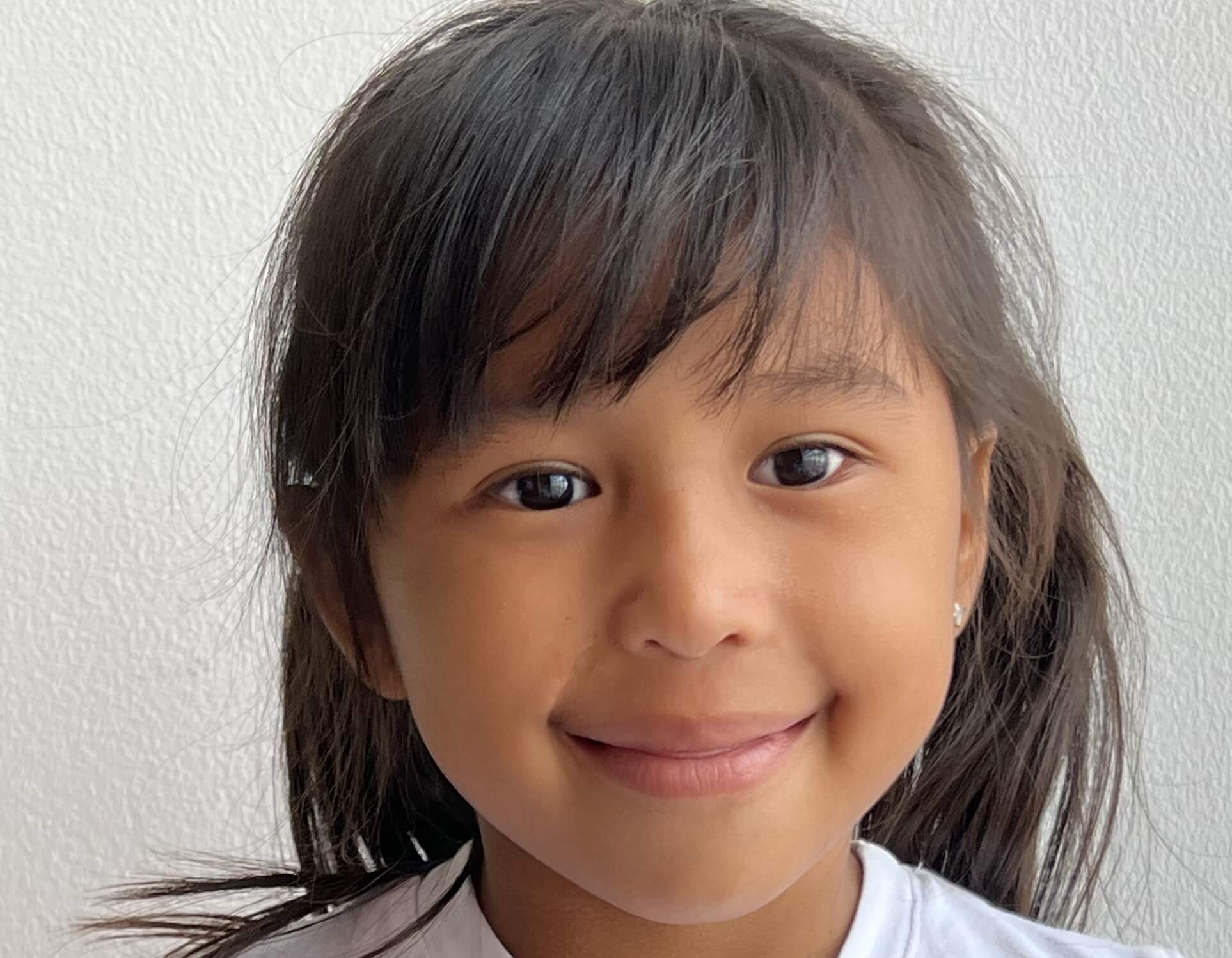 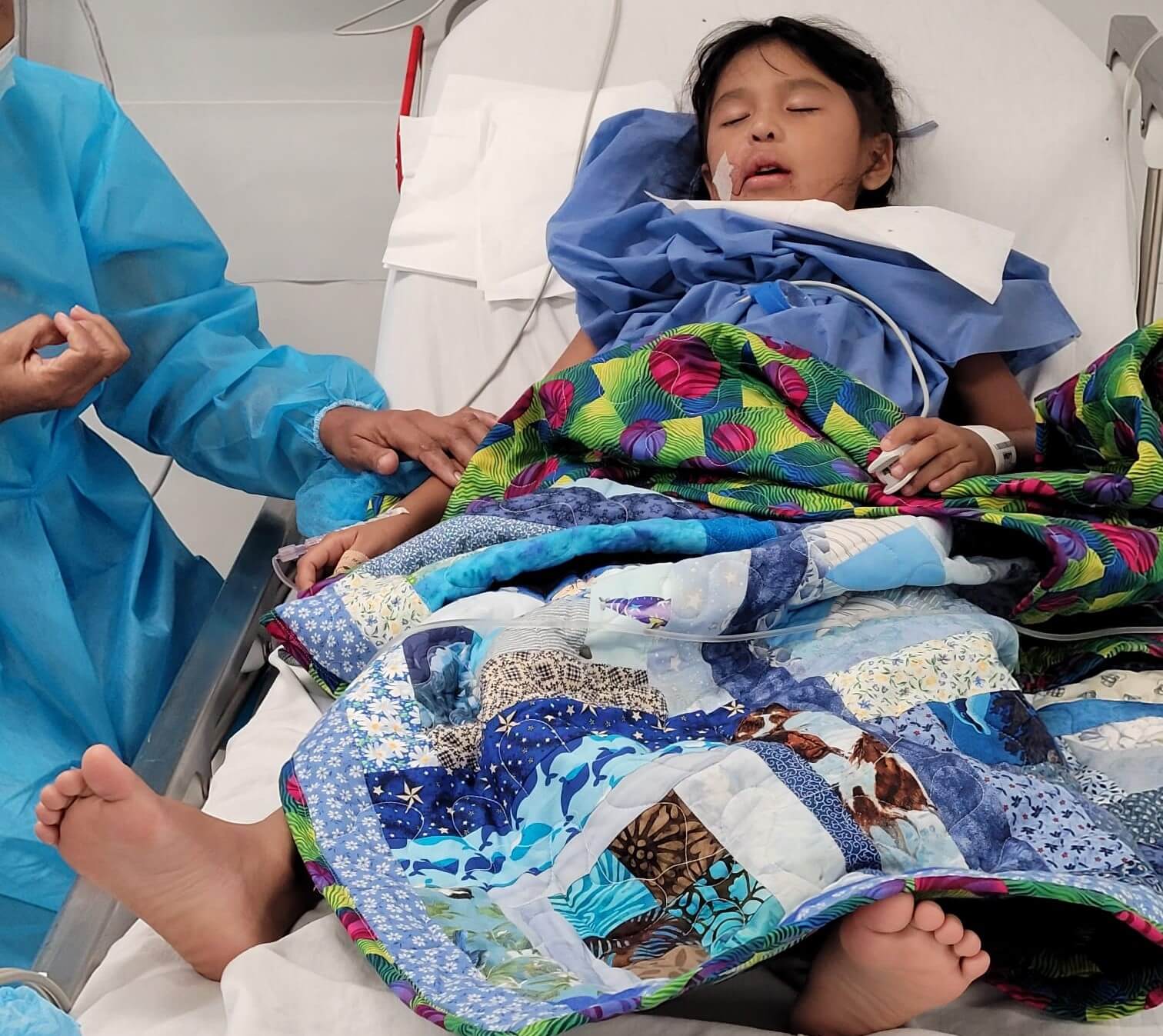 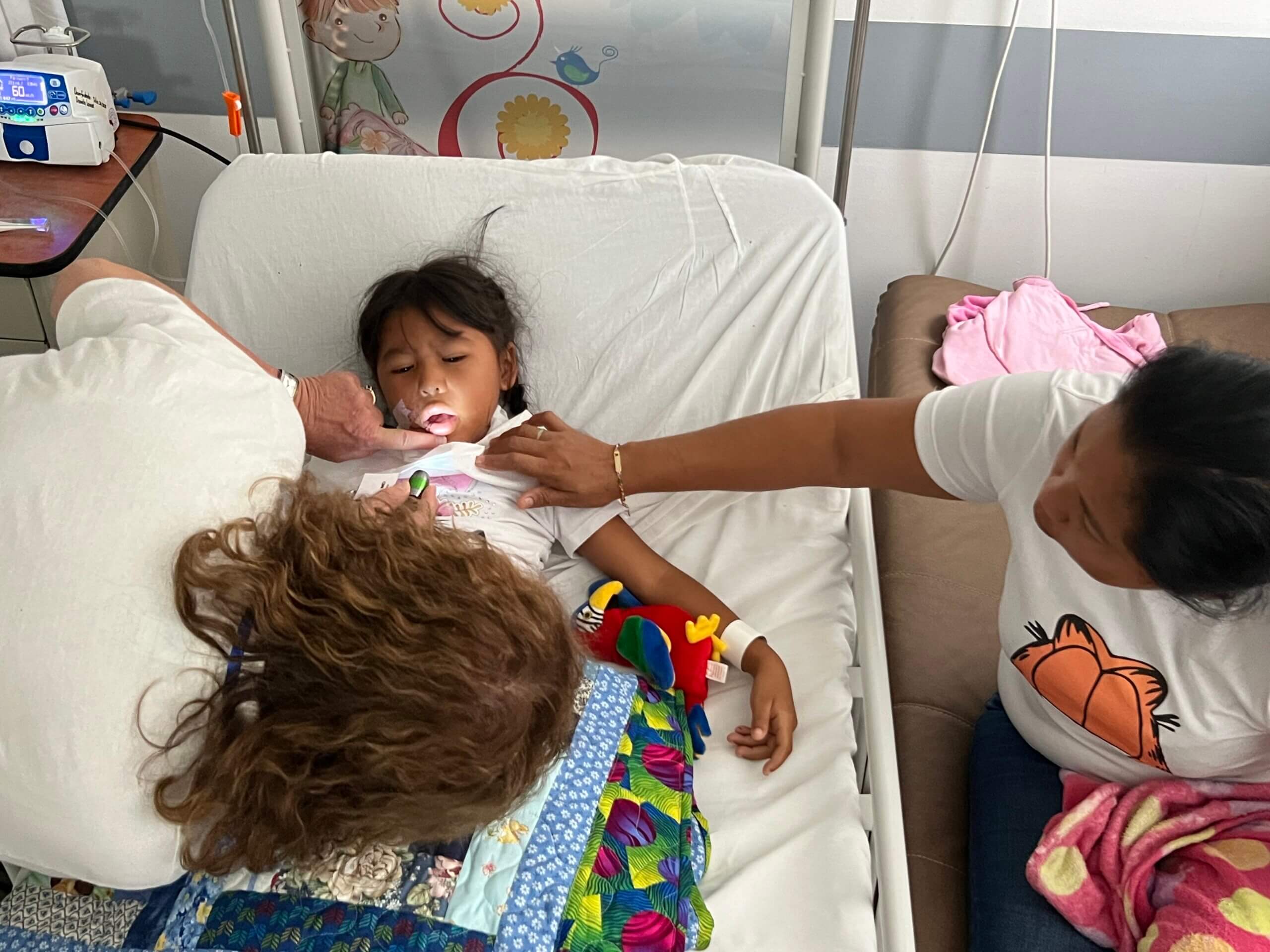 Andres David is 7 years old.  They got a phone call from the government to inform them of this mission.  He also travelled by bus to get here.  It took 10 hours.  Andres has a cleft palate.  When he eats, food goes in his nose.  His speech is difficult to understand.  They tried to get surgery 3 years ago but Andres had the flu and was turned down for the surgery.  Mom decided to wait until he was a little older to try again.  While he waited for his surgery, he played with the toys Sandy had out on the table for them.  He liked using the Jenga game as building blocks.  However, he would have preferred to be outside playing futball.  Notice in the picture of him standing with OR Nurse Victoria Slama RN and anesthesiologist Dr. Robert Karoukian, he is still showing his peace sign through the opening in the quilt as he did in his intake picture.  What a cool kid!  Photos- Intake picture, post-op with nurse Victoria and Dr. Karoukian, Dr. Anne DeLaney removing tongue stitch the next morning. 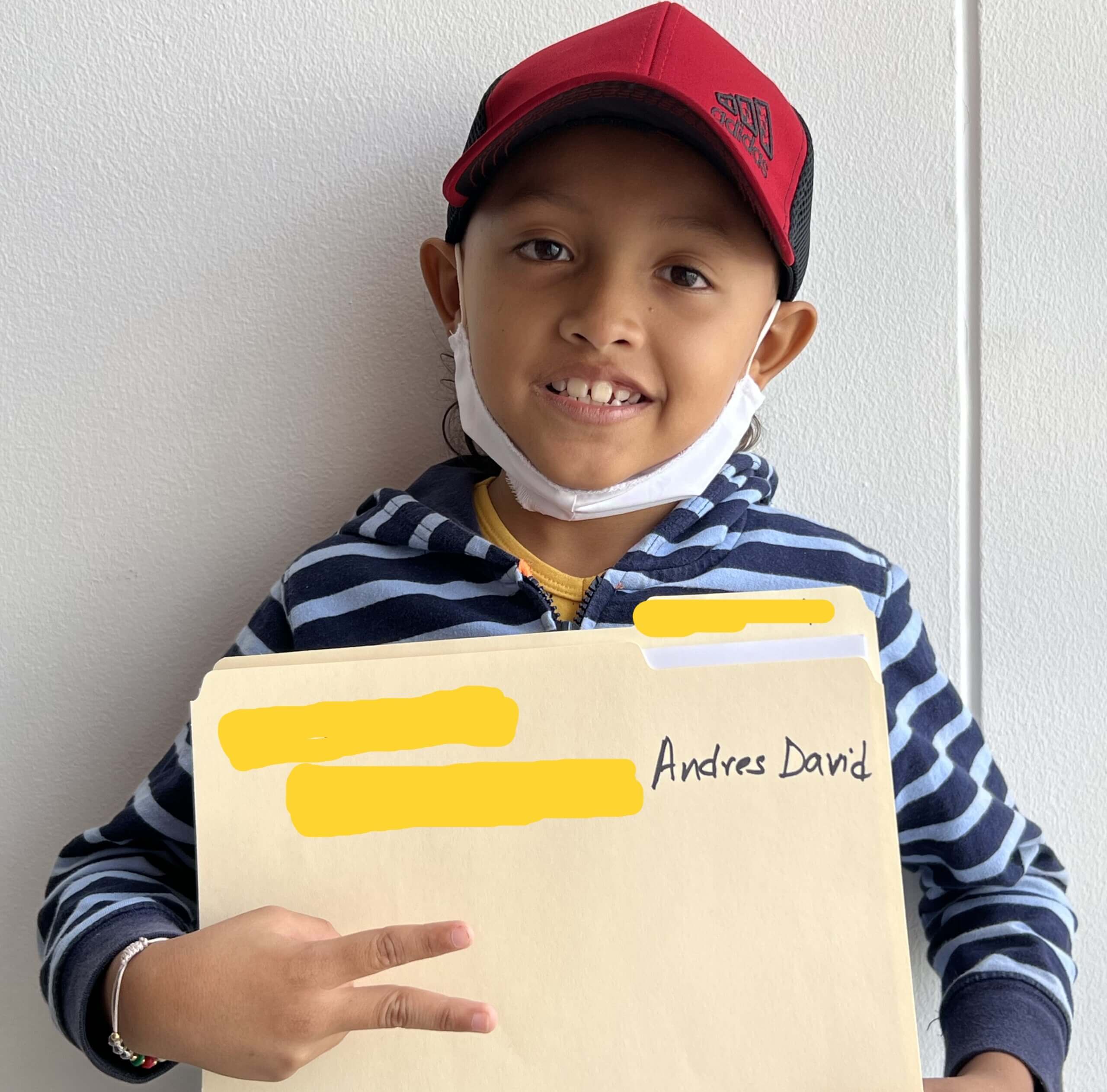 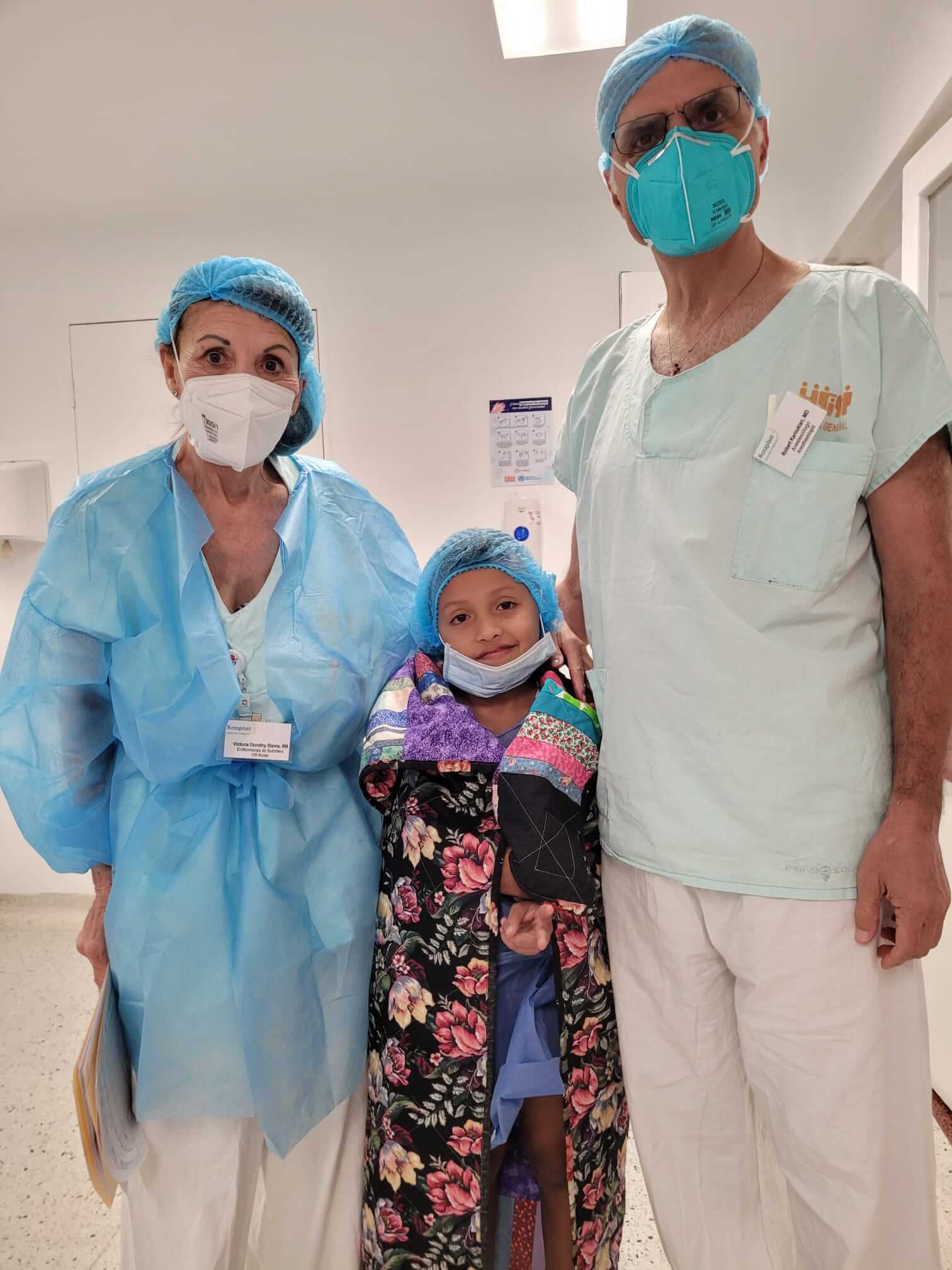 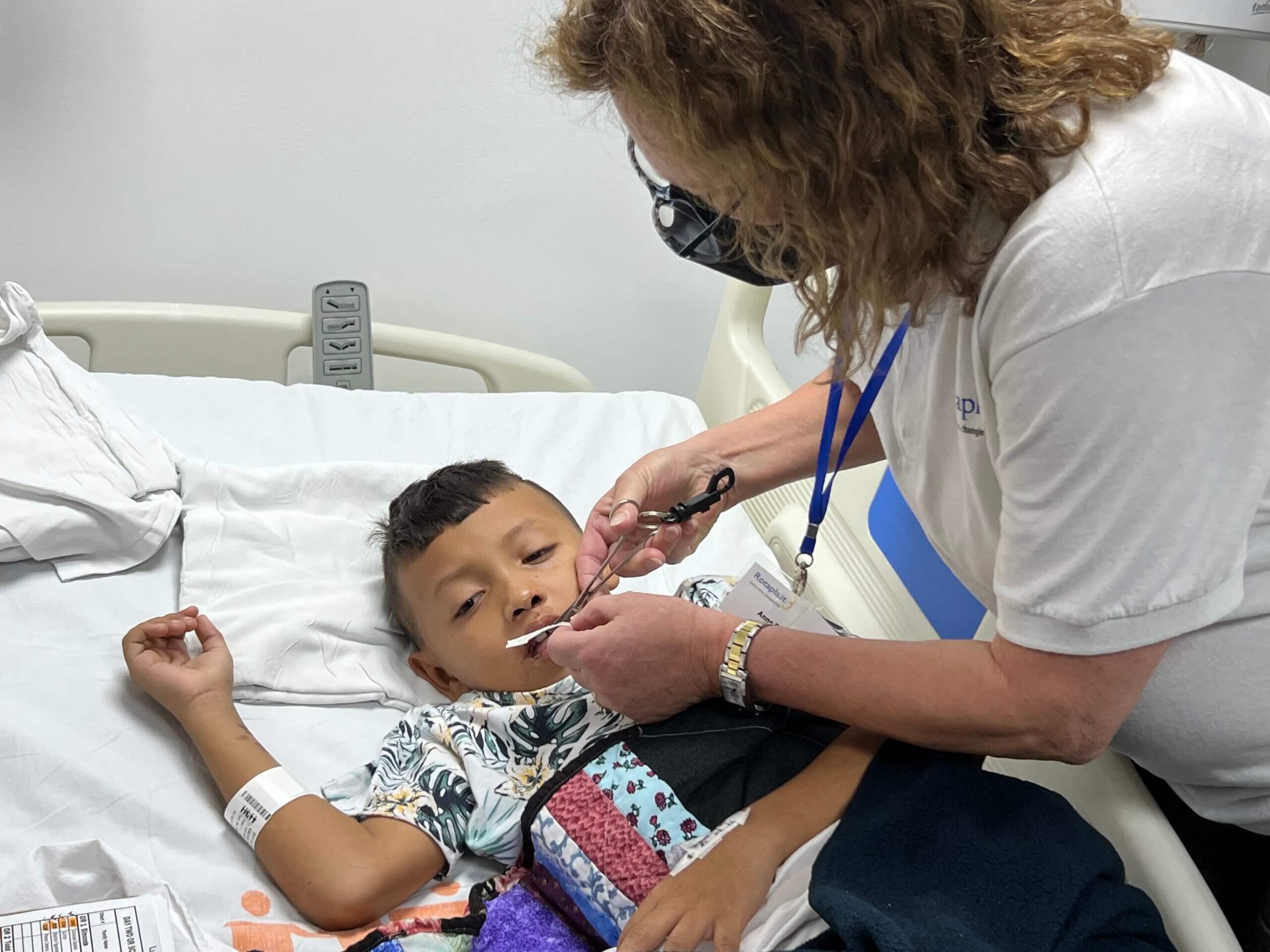 Rudiela is 43 years old.  Someone from the municipality where she lives called and informed her of this mission.  She arrived on Monday after a 5 hour bus ride.  This Rotaplast mission arranged for her and her husband to stay at another hospital, providing food and shelter for them, while they are here until her surgery.  They have been married 28 years and have three children.  When Rudiela was little, she had a surgery to correct a cleft lip.  Nothing was done to repair the large hole in her palate.  Seven or eight years ago, she finally had the surgery on her cleft palate.  However, she still has an opening at the nostril. Rudiela says that she still has a little problem eating and her speech was very difficult to understand.  She said that she has been bullied all her life, even now by adults.  She is looking forward to her surgery.  She will have a unilateral lip revision and repair of the labial fistula.  Photos: intake picture, Dr. Anne DeLaney checking her the next morning, Dr giving care instructions. 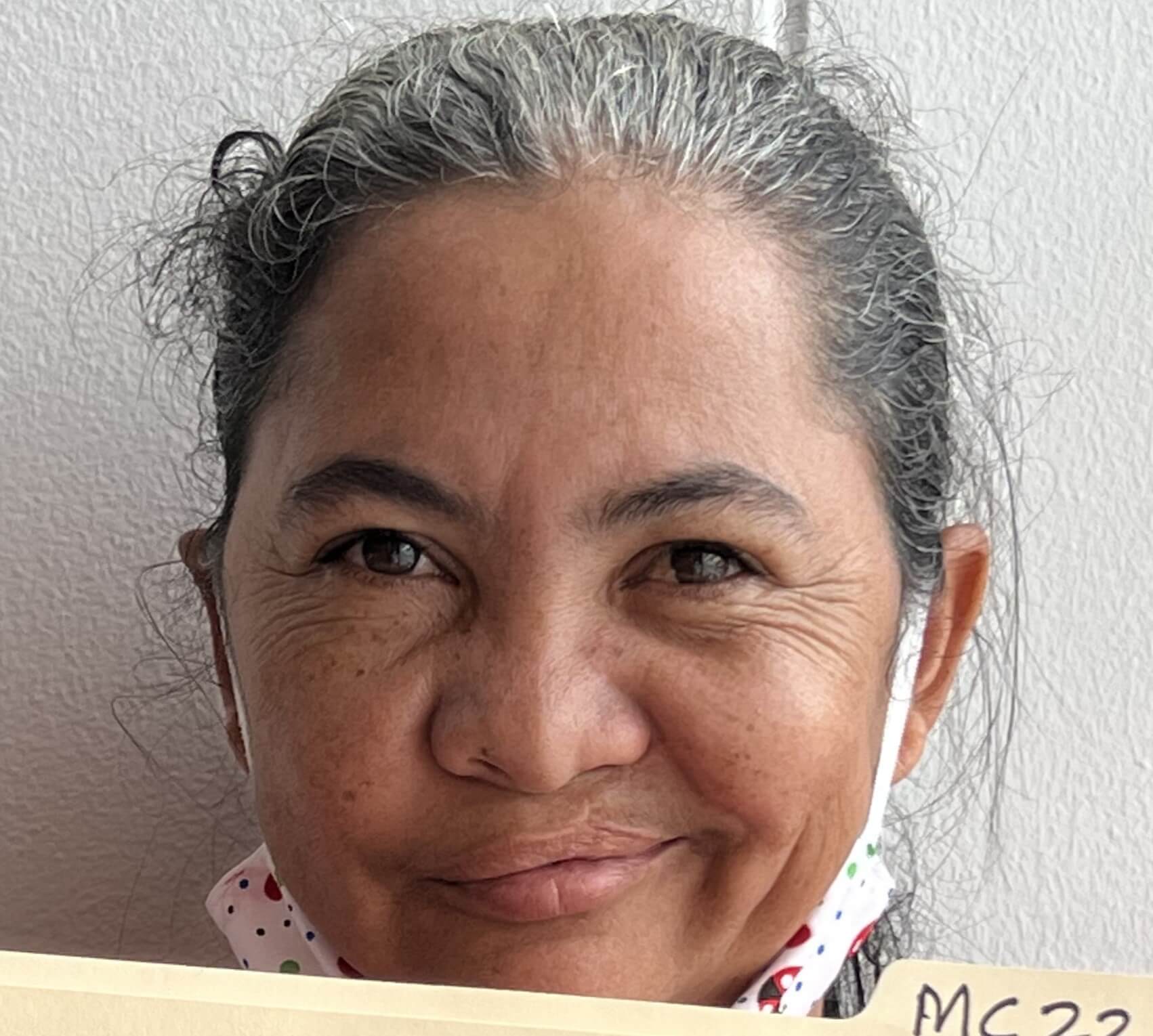 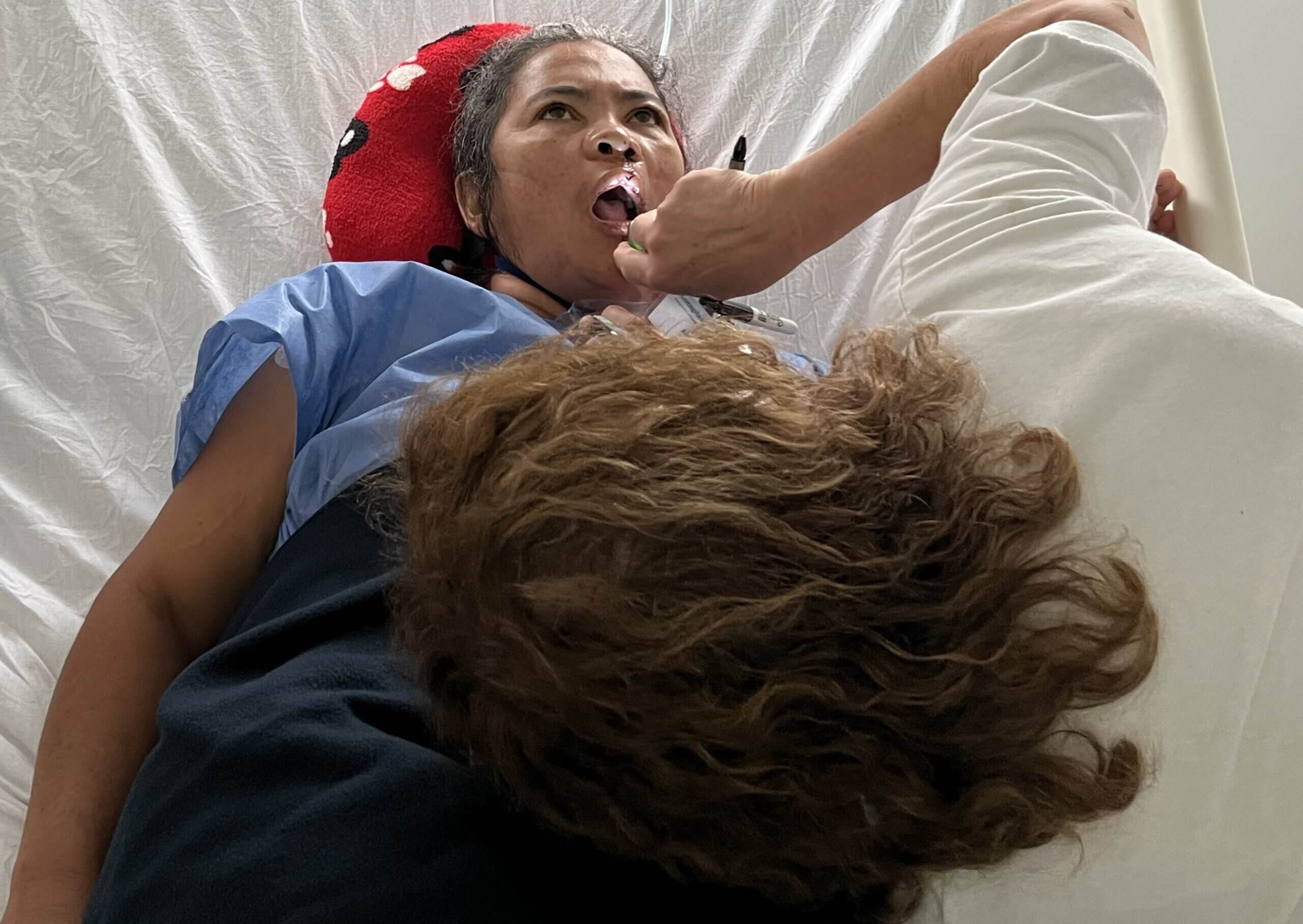 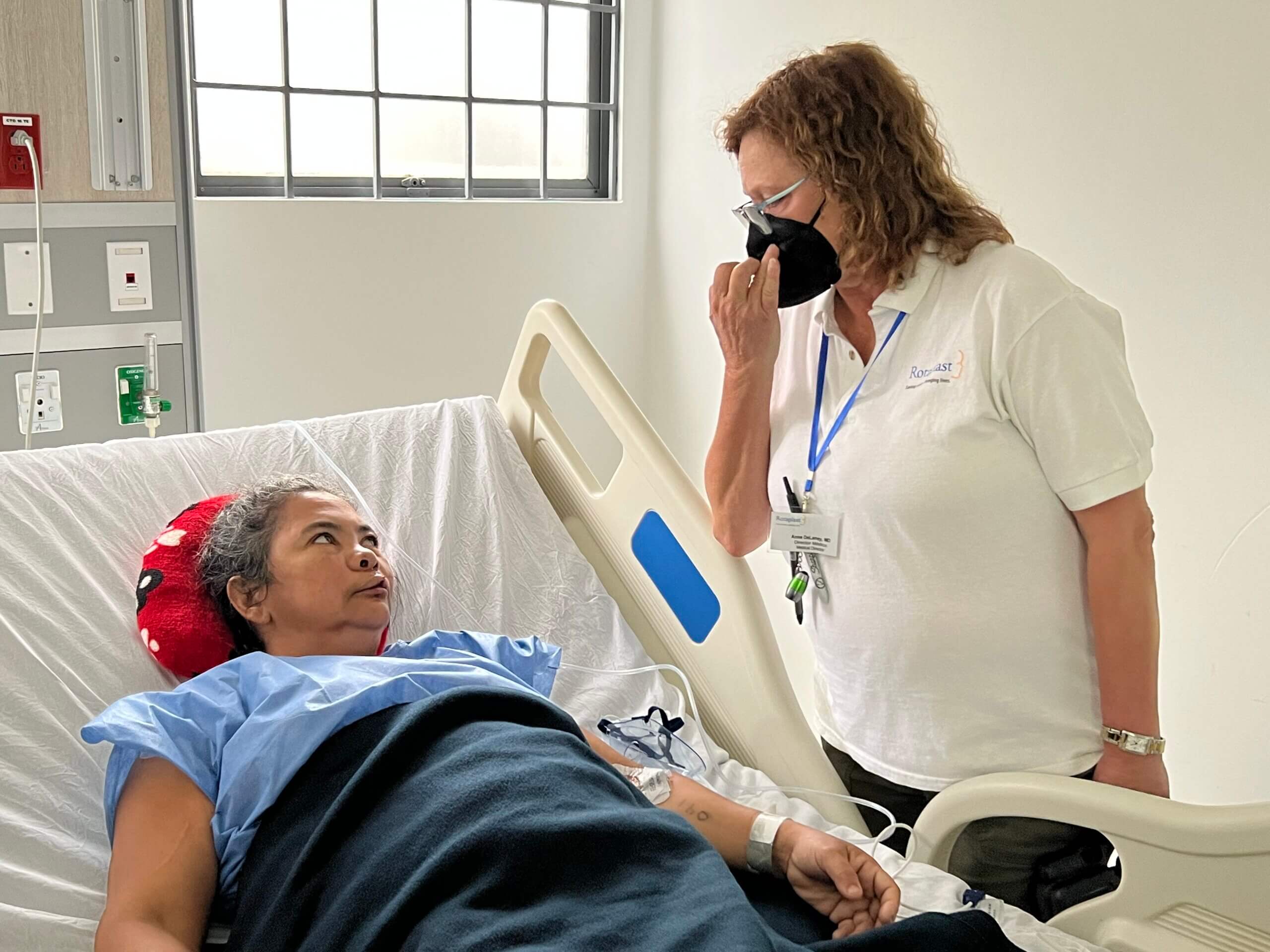 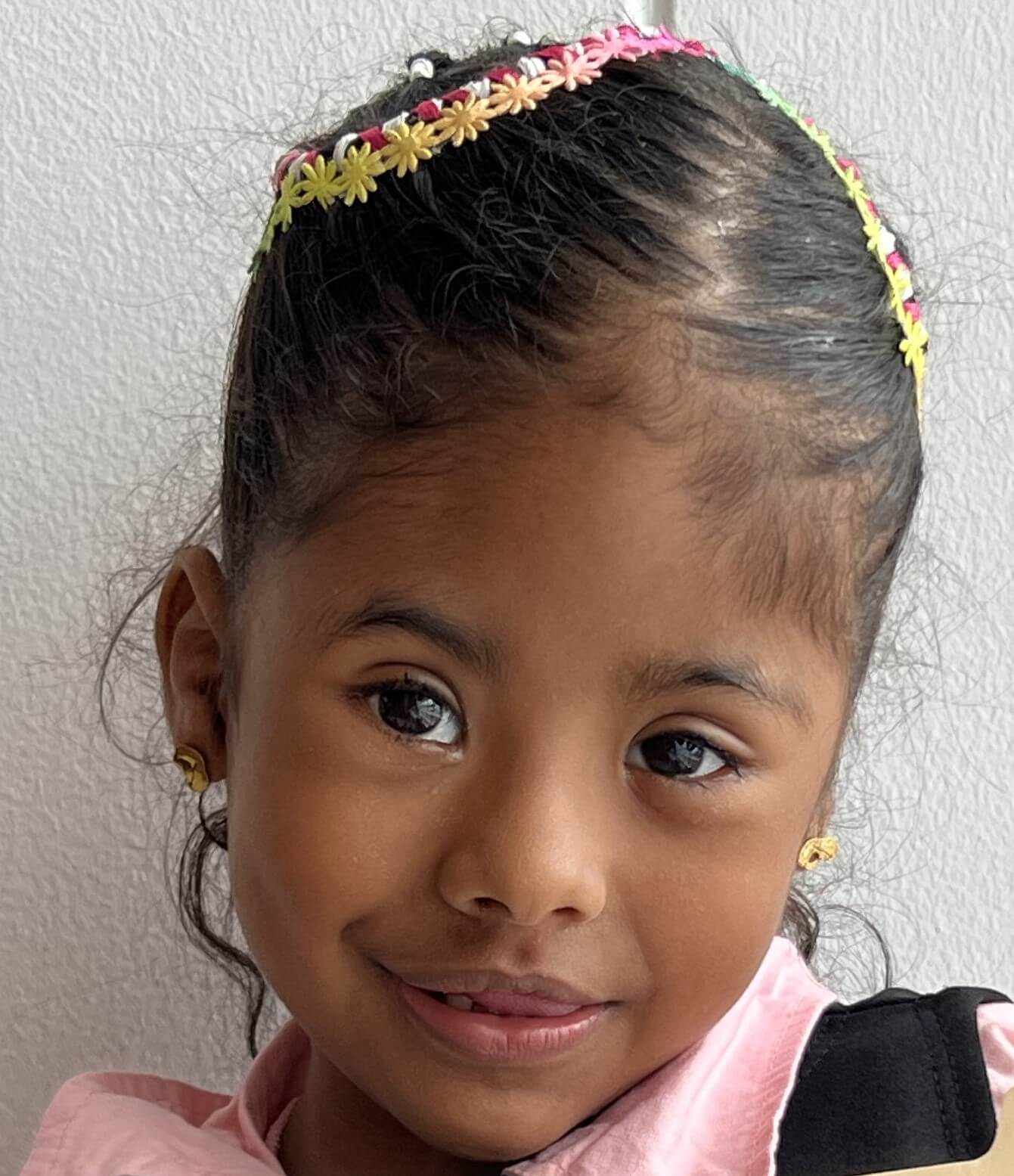 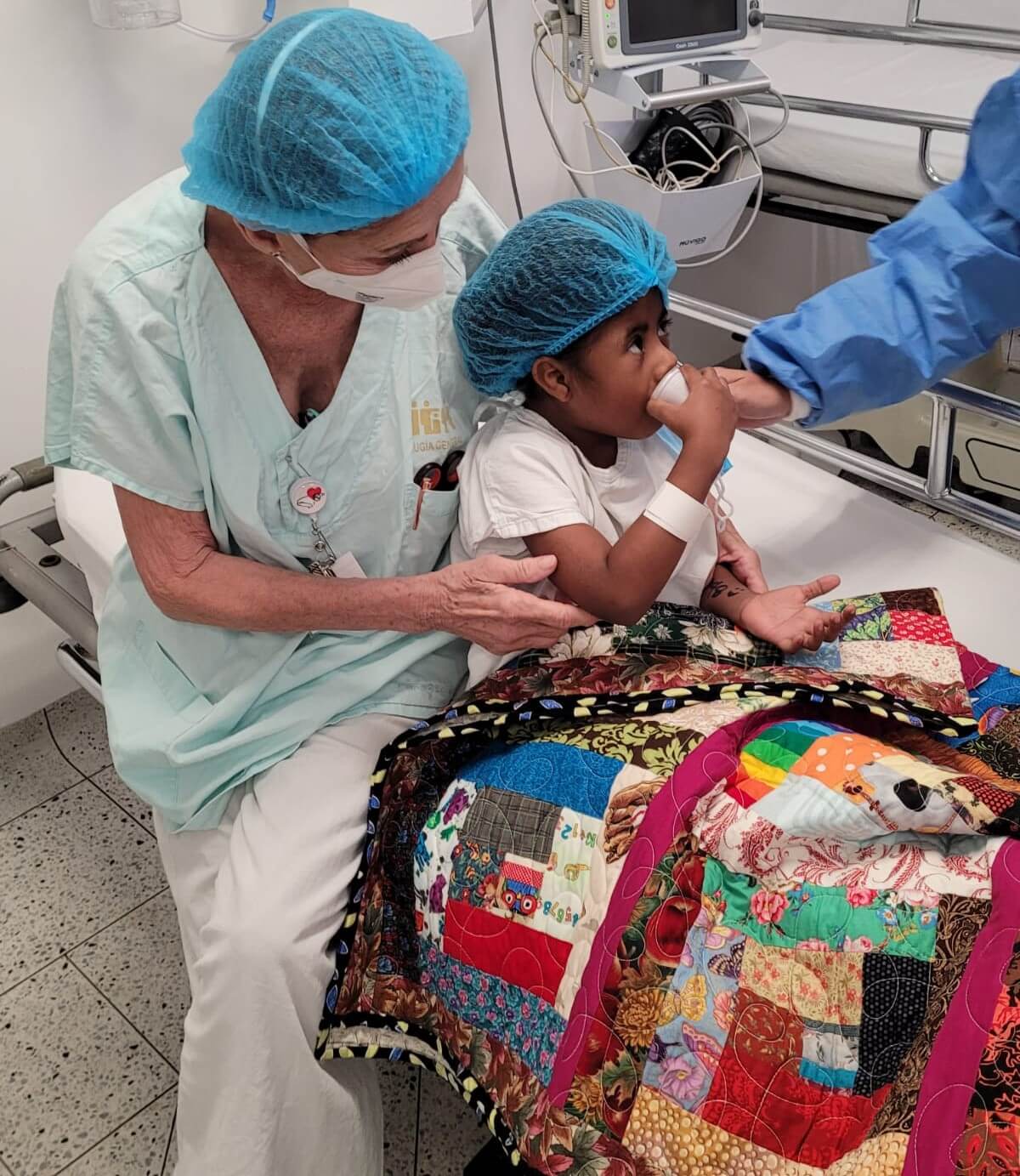 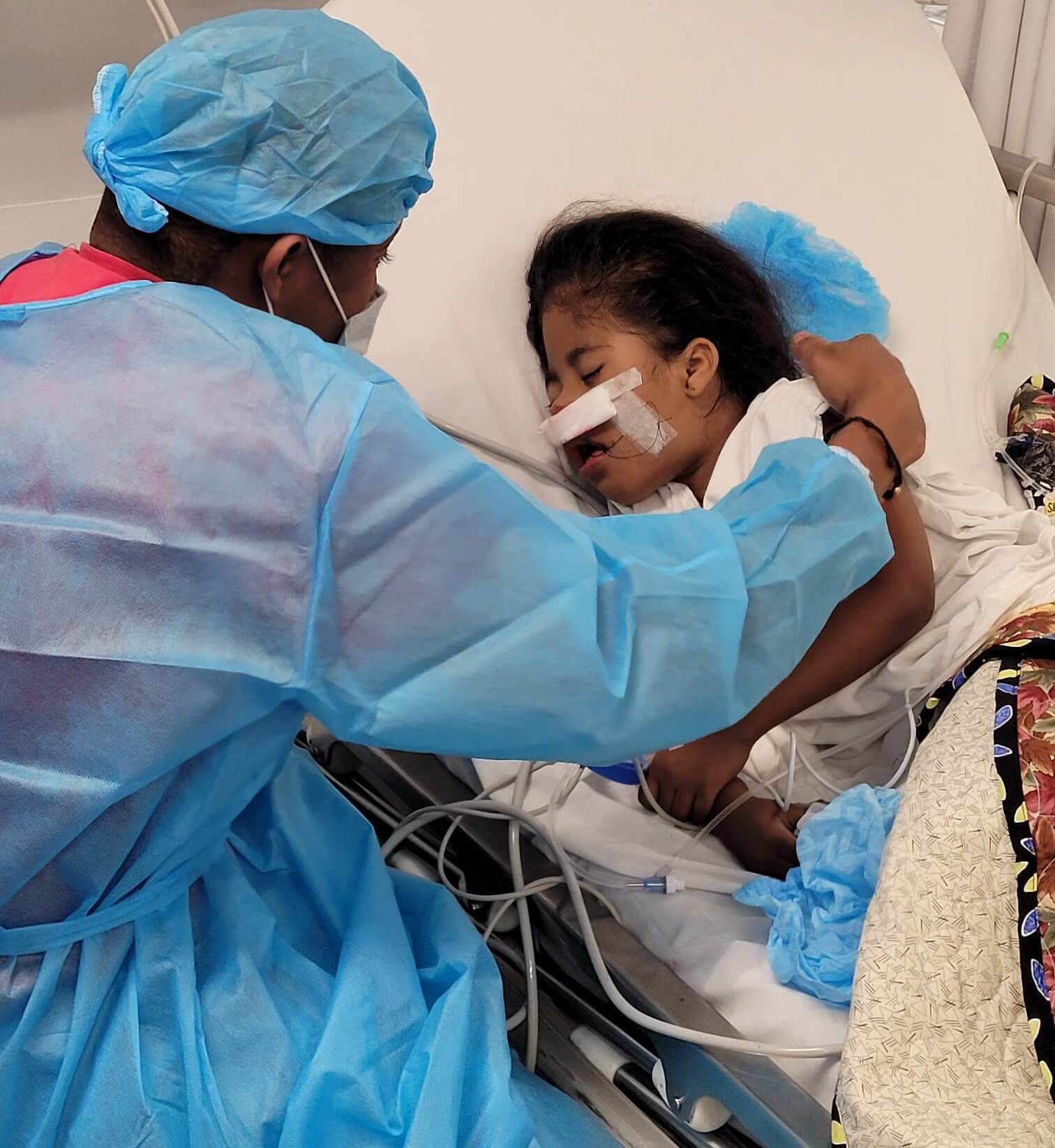 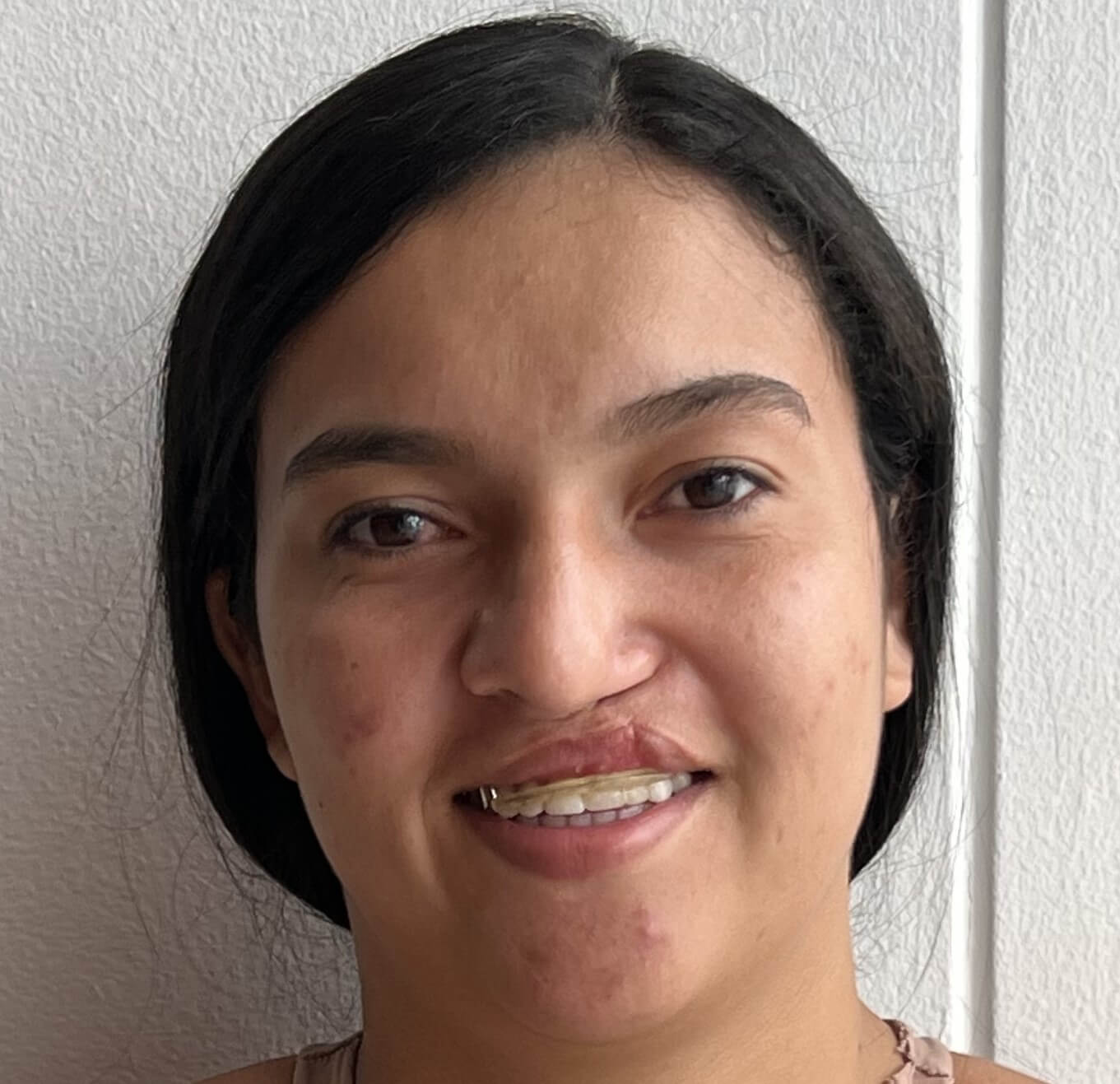 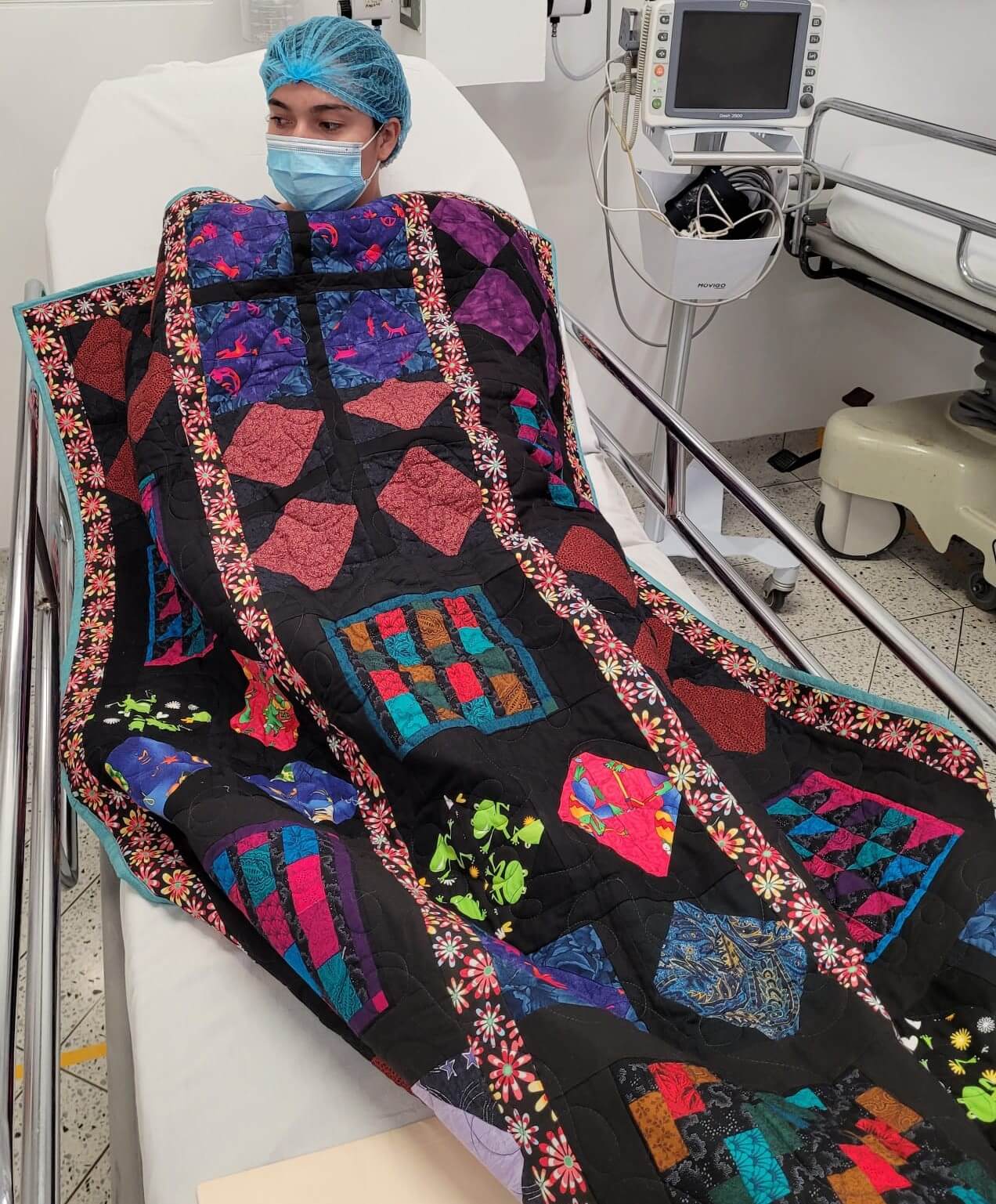 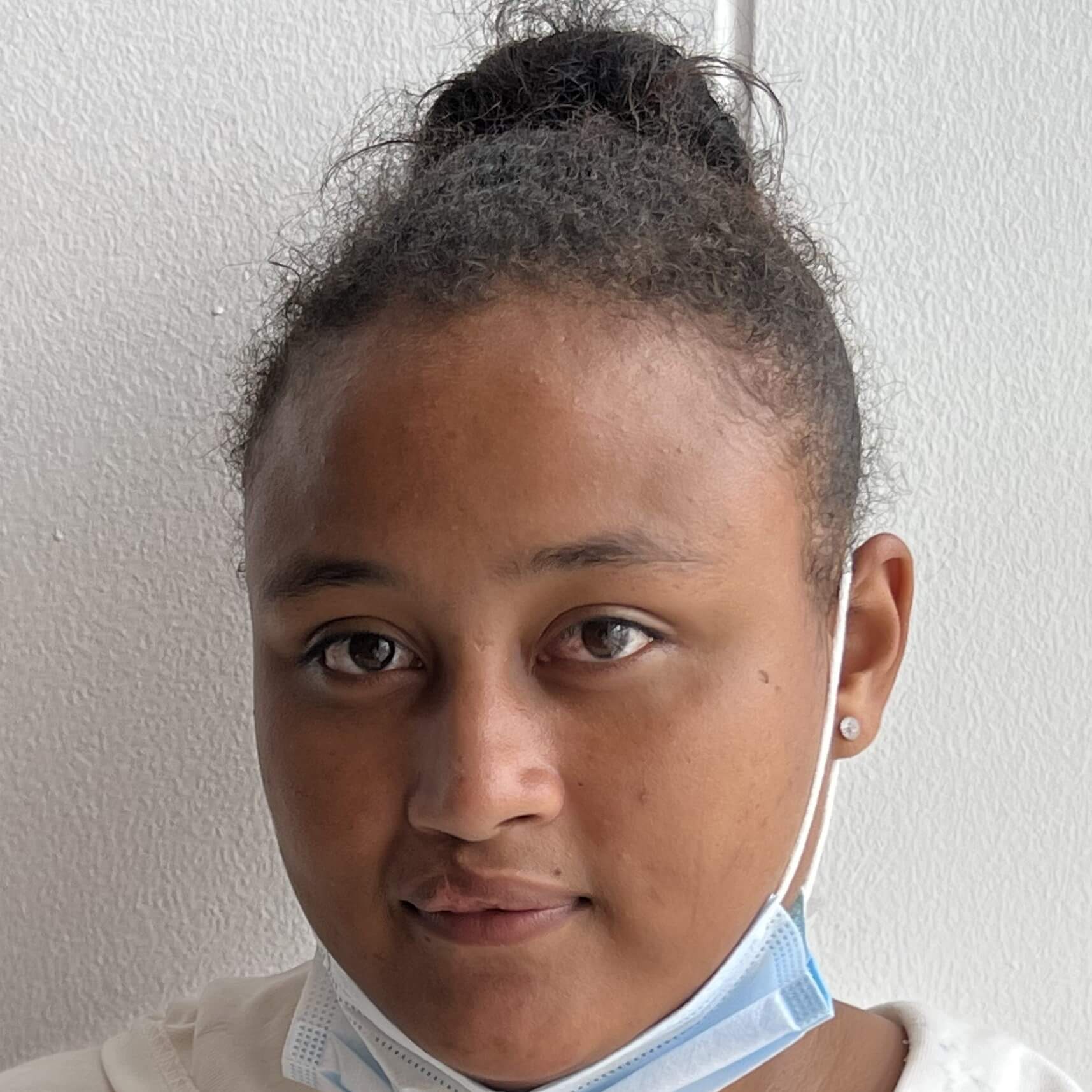 2-year-old Naira (Palatoplasty/lip), Photo- pre and post op (the swelling will go down) 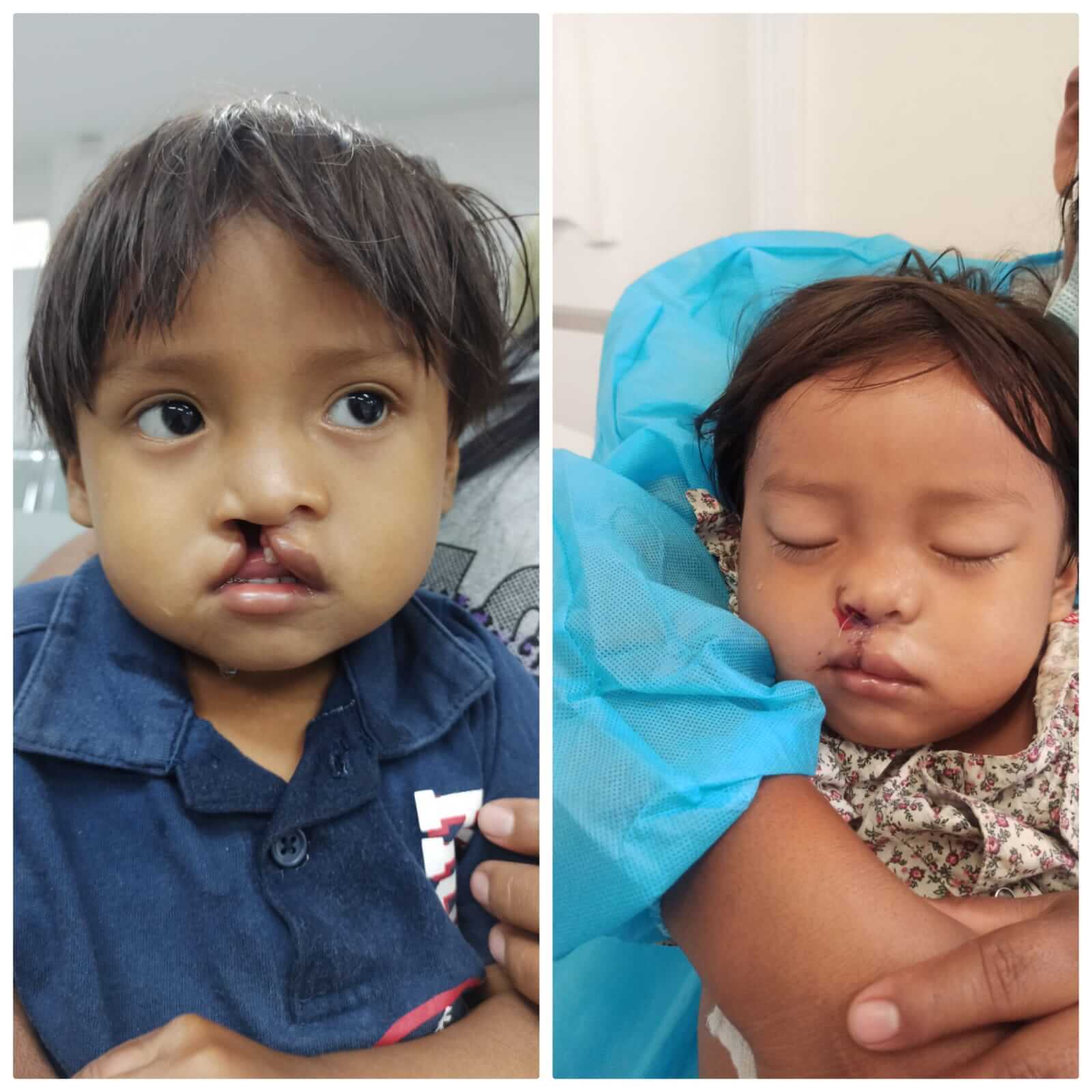 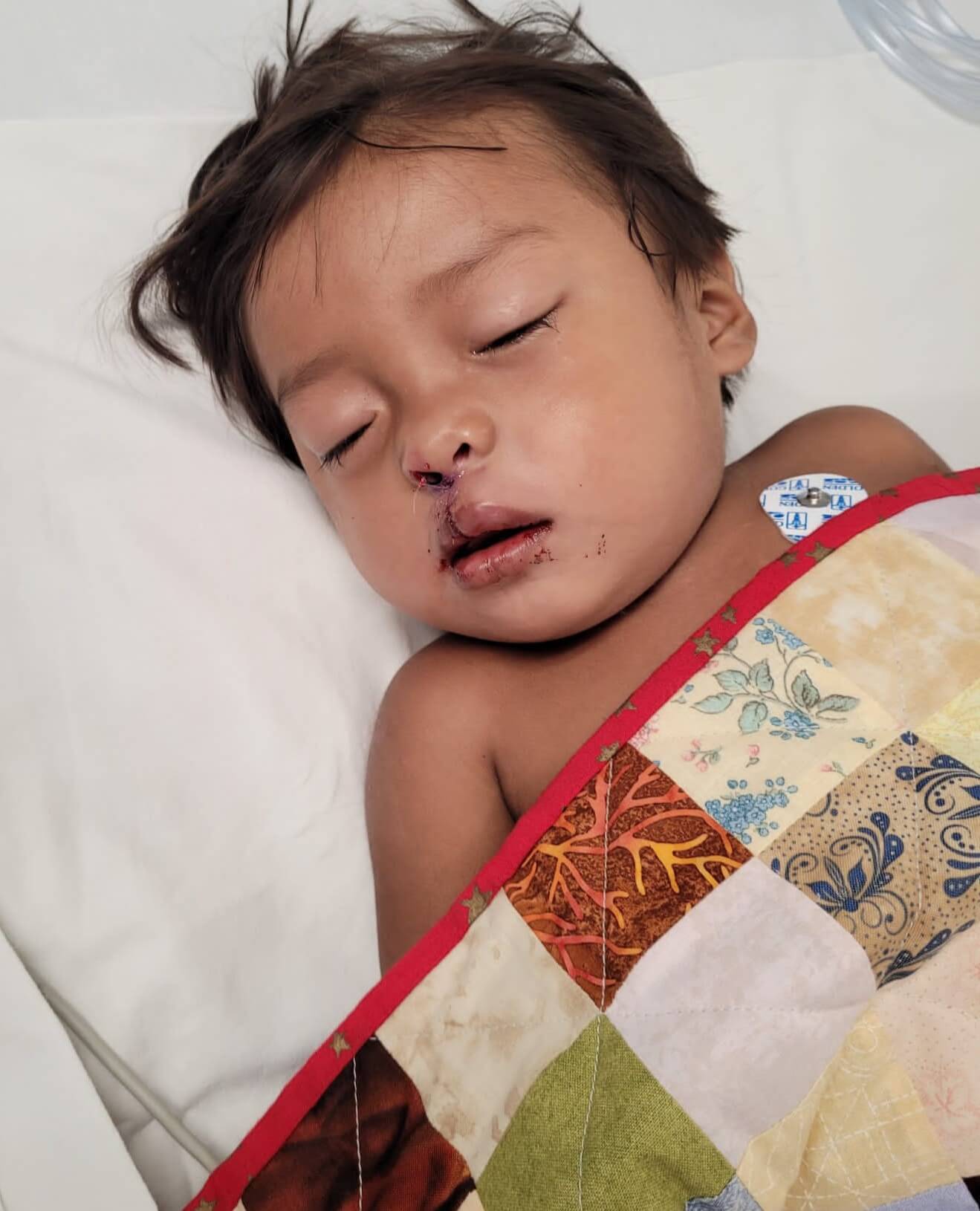 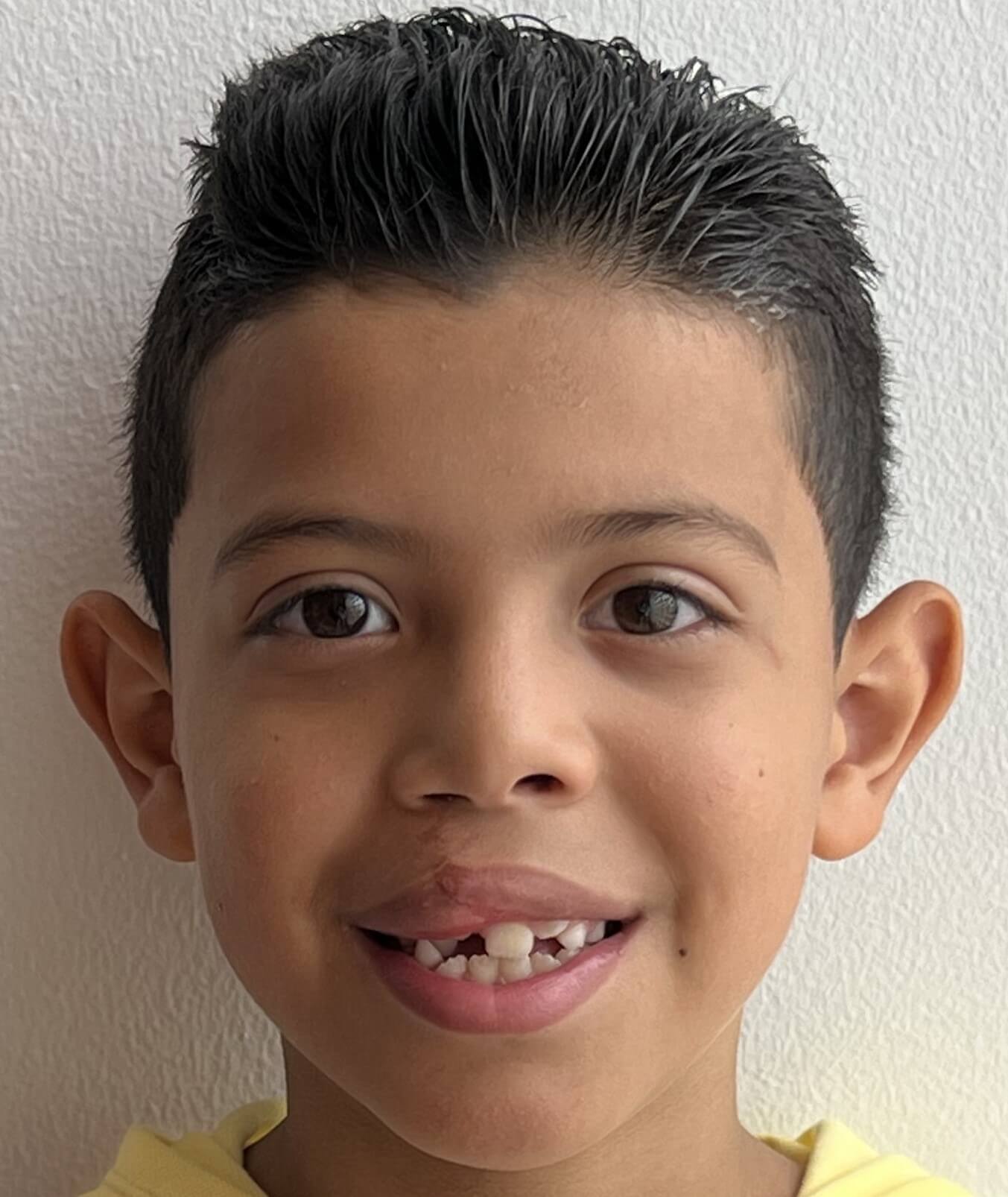 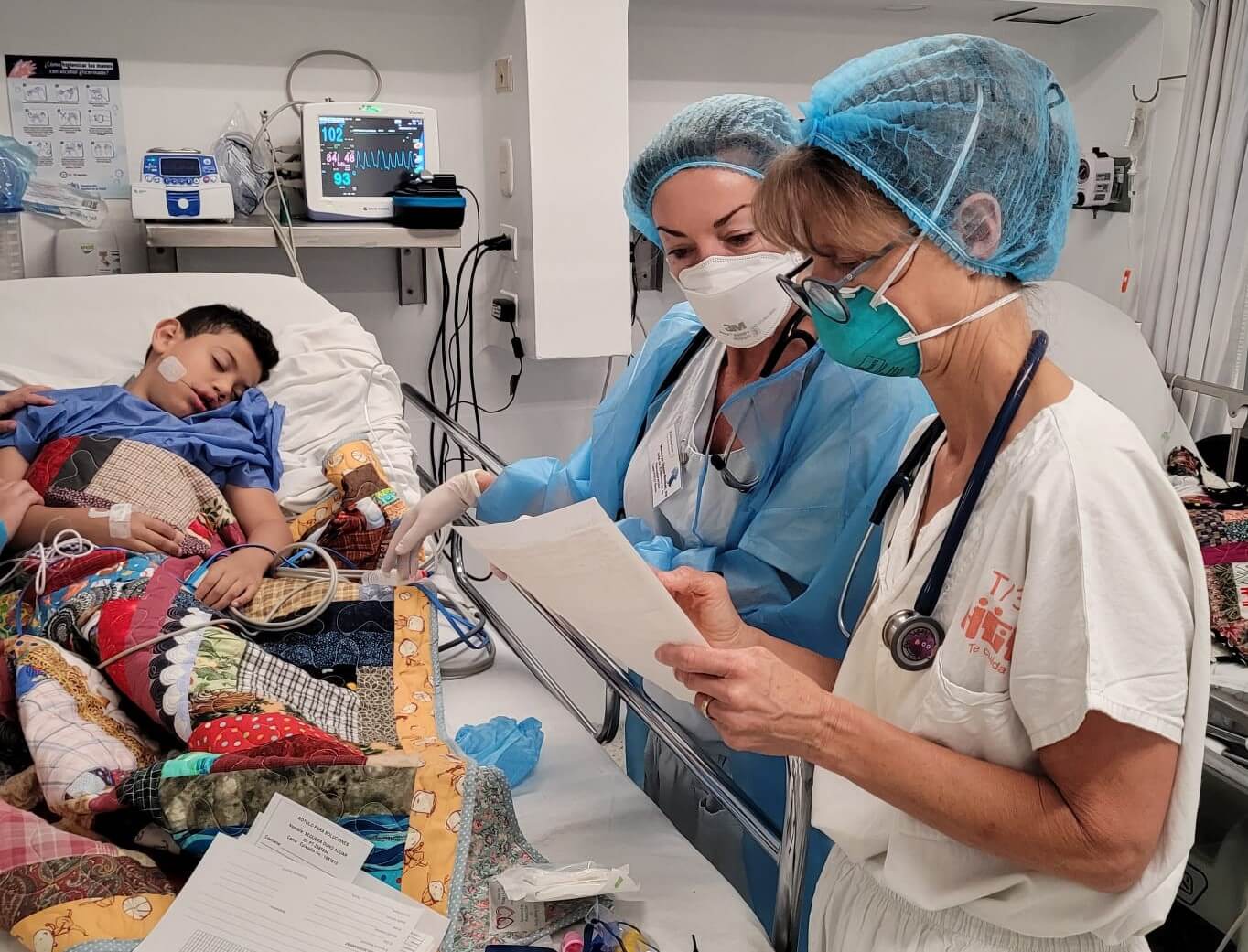 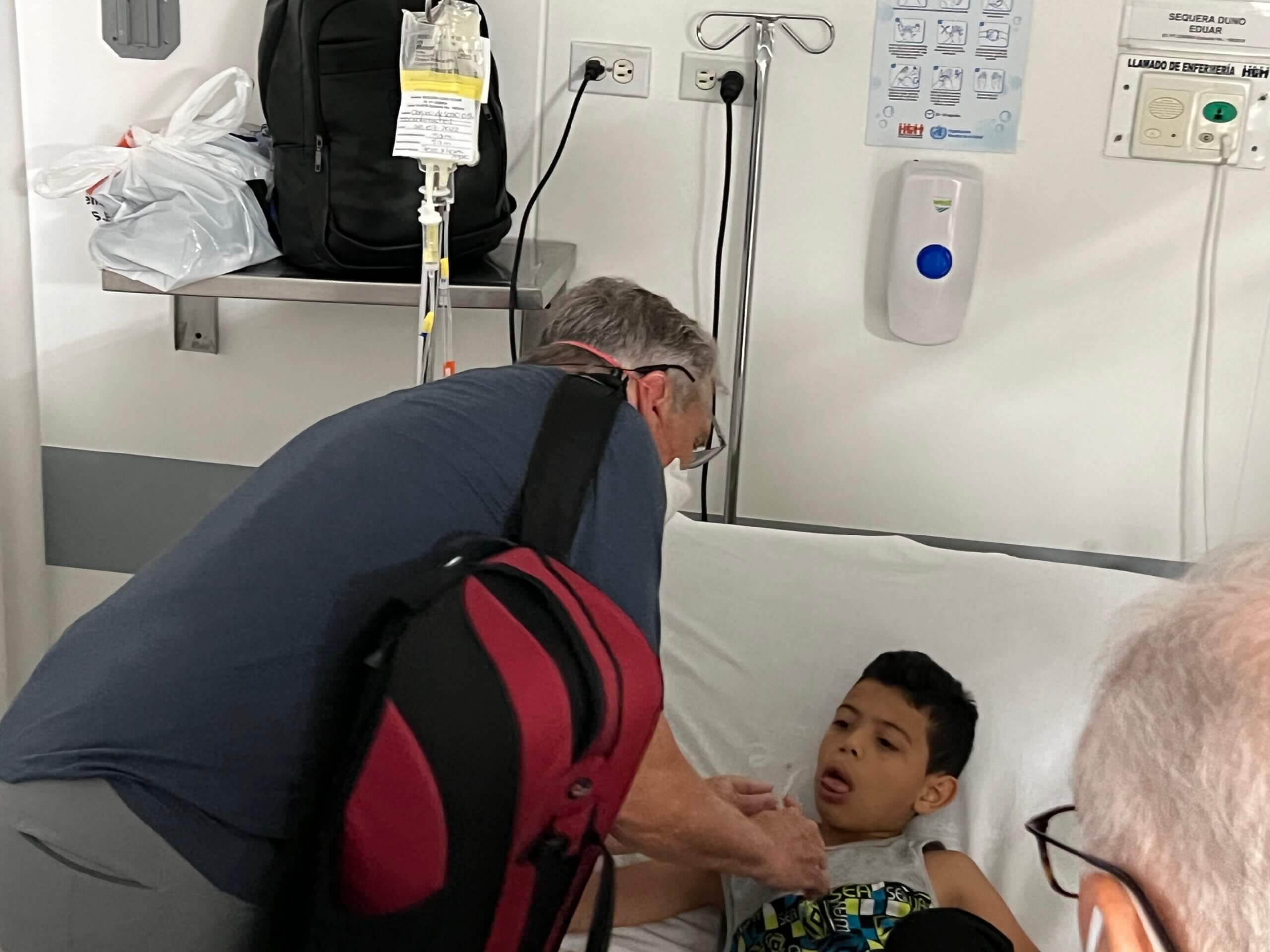 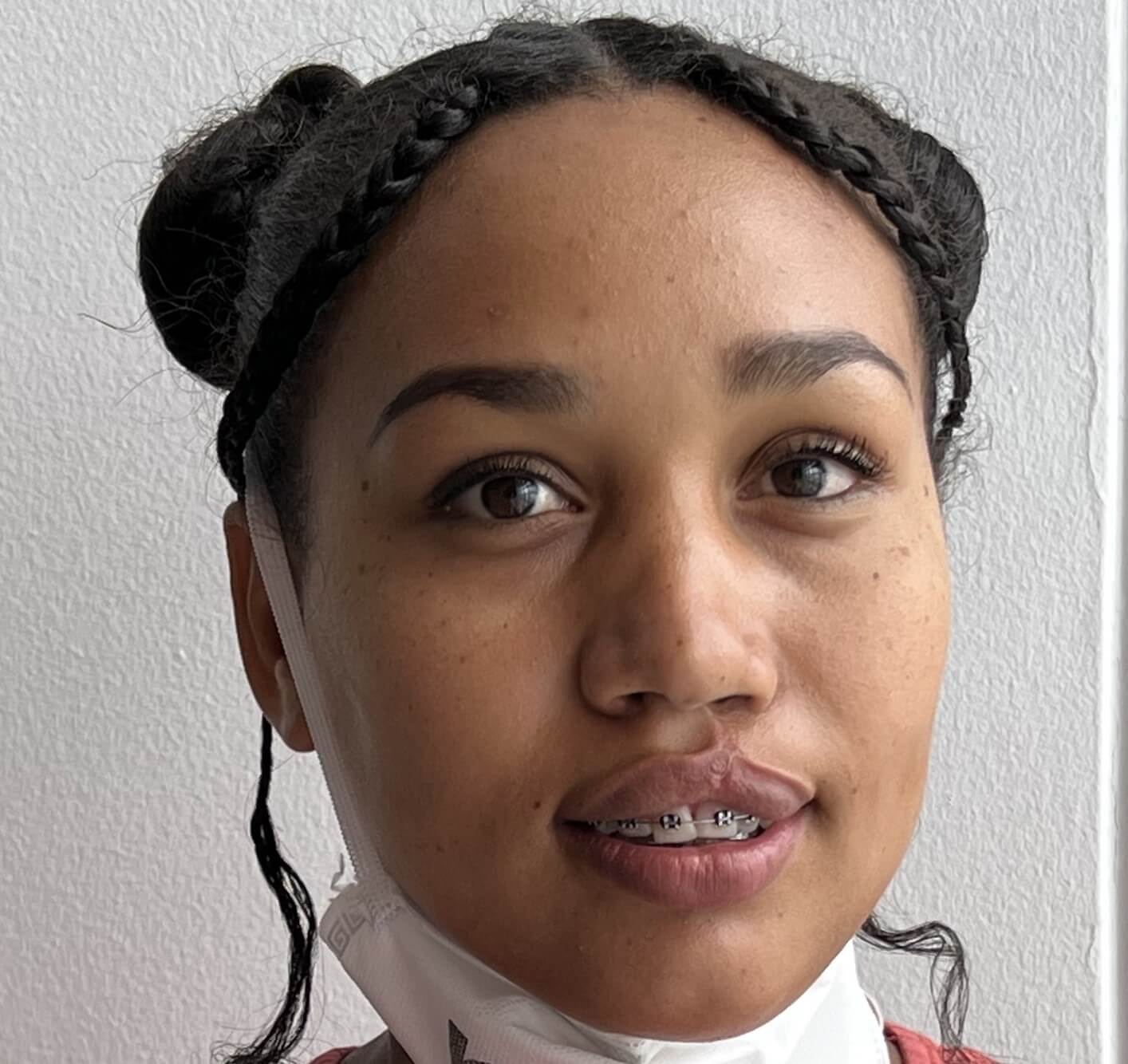 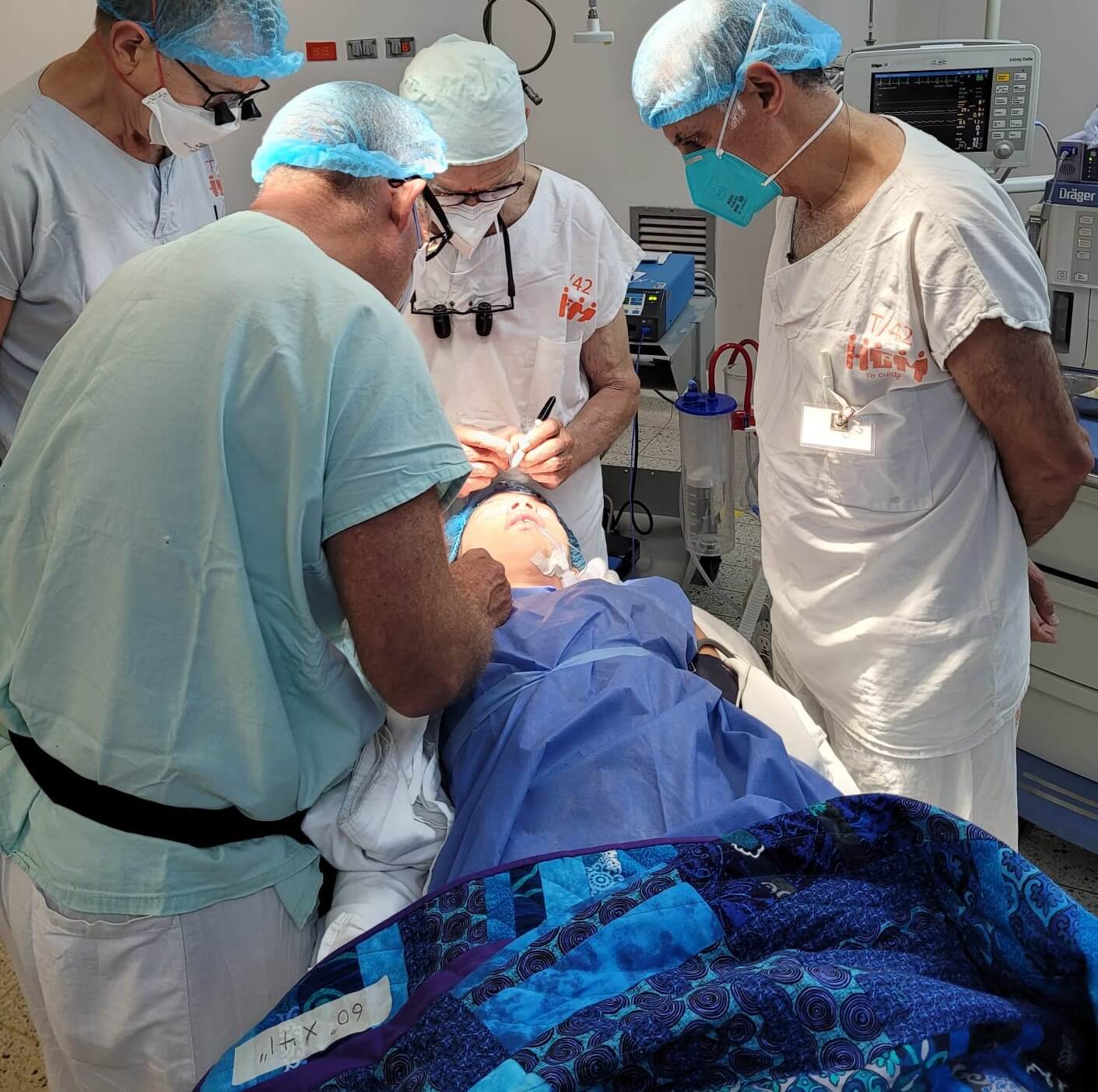 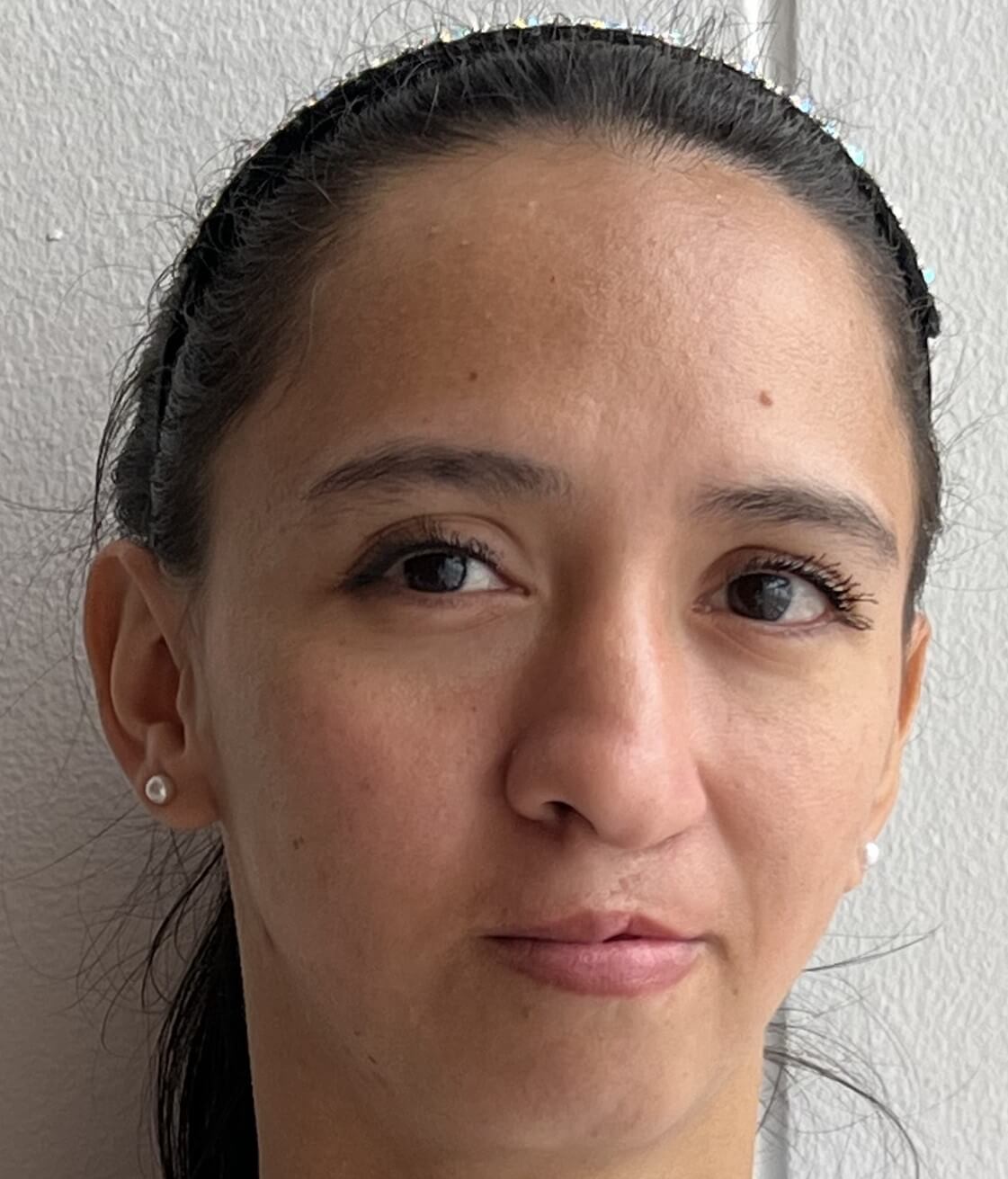 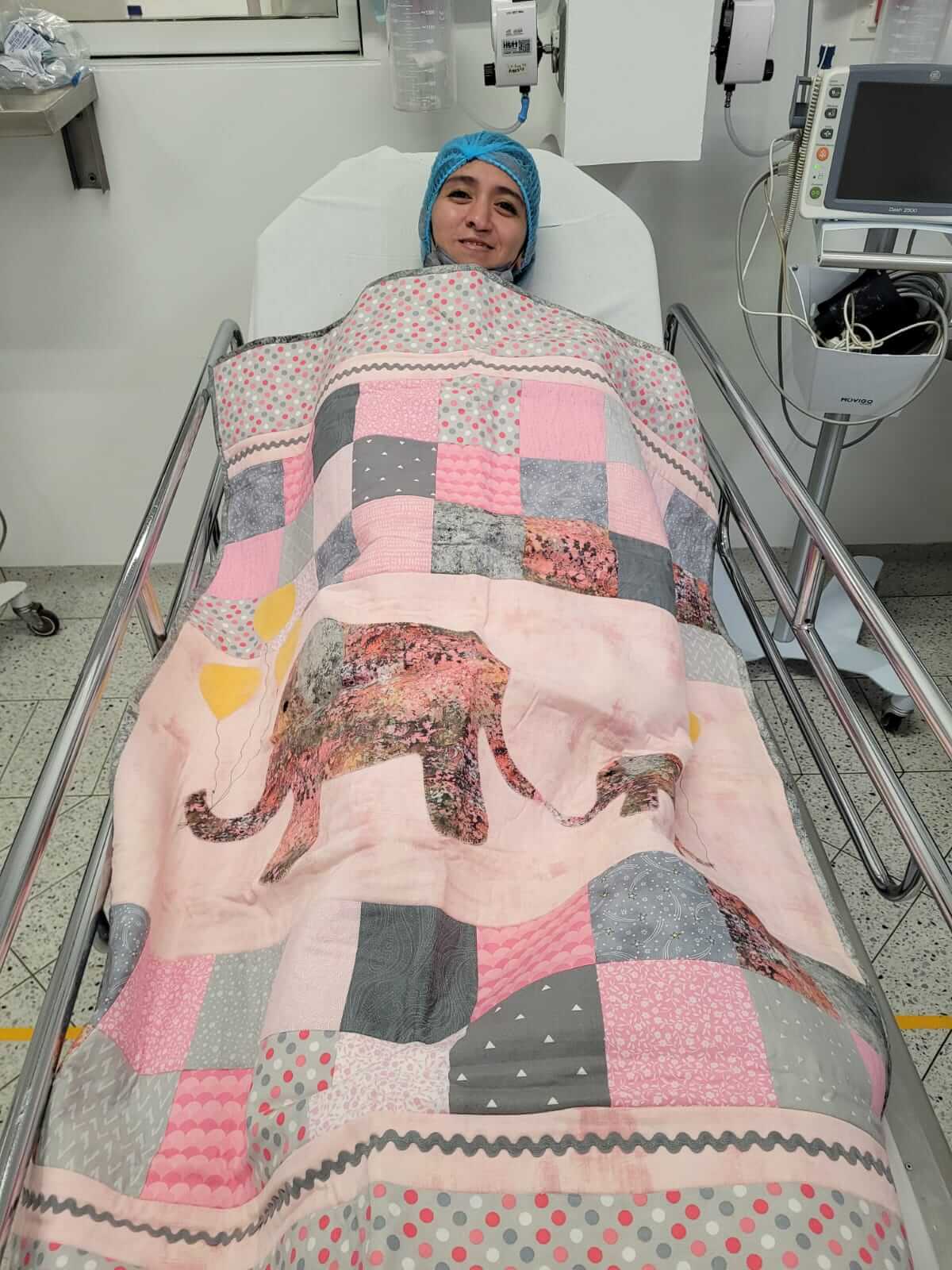 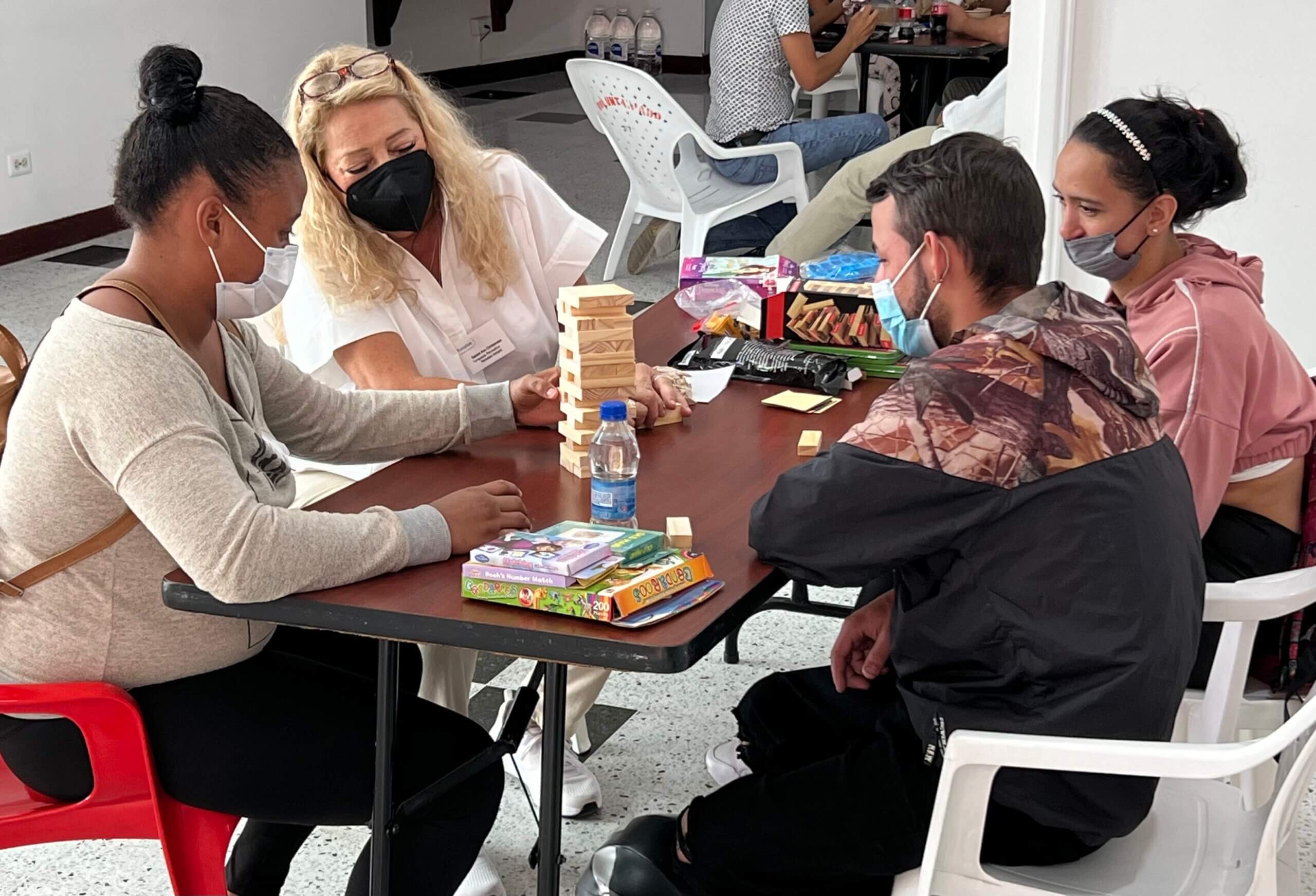 Our mission orthodontist, Dr. Hector Villegas, who lives here in Medellin, is a Rotaplast success story.  He was born with a cleft lip and palate.  He had 2 different surgeries to repair them but said that it is difficult to get good results here.  He was in dental school when he first heard about Rotaplast from a Rotarian friend, he thought it was too good to be true.  When the next mission came in 2009, he decided to come and check it out.  He was a non-medical volunteer for that mission and fell in love with the program.  He volunteered for a second mission in 2011.  During that mission, he volunteered for 10 days before Dr. Angelo Capozzi (co-founder of Rotaplast) examined him.  Hector didn’t understand what it meant when a green dot was put on his chart.  When the procedure was explained to him, he couldn’t believe it.  Before he agreed, he needed to call his professors at the dental college to see if he could miss a month of classes.  He was given the “go ahead”.  Dr. Anne Delaney (Medical Director for our current mission) performed the surgery on him.  She performed a bone graph, rhinoplasty, and lip review on him.  Hector has gone on 4 additional missions for Rotaplast (all here in Columbia) but now as an orthodontist.

Since his Master’s Program in dental school, he has been researching risk factors and prevention of cleft palates.  He has even won an award in Mexico for his work.  In October 2021, he became the founding member of Columbian Association Congenital Craniofacial Diferences.  Their mission is to have the Minister of Health in Columbia improve the treatment for cleft palates.  They are working for better on-going training of surgeons, research into the causes, and better access to specialist.  Hector says that in 2009, Rotaplast changed his life, and that of his family.  It inspires him.  We can all agree that Dr. Hector Villegas has given back many times over and has also become an inspiration to many. Photos: Dr Villegas pausing our interview to discuss orthodontic needs of one of our patients; Dr. Villegas with Dr. Capozzi 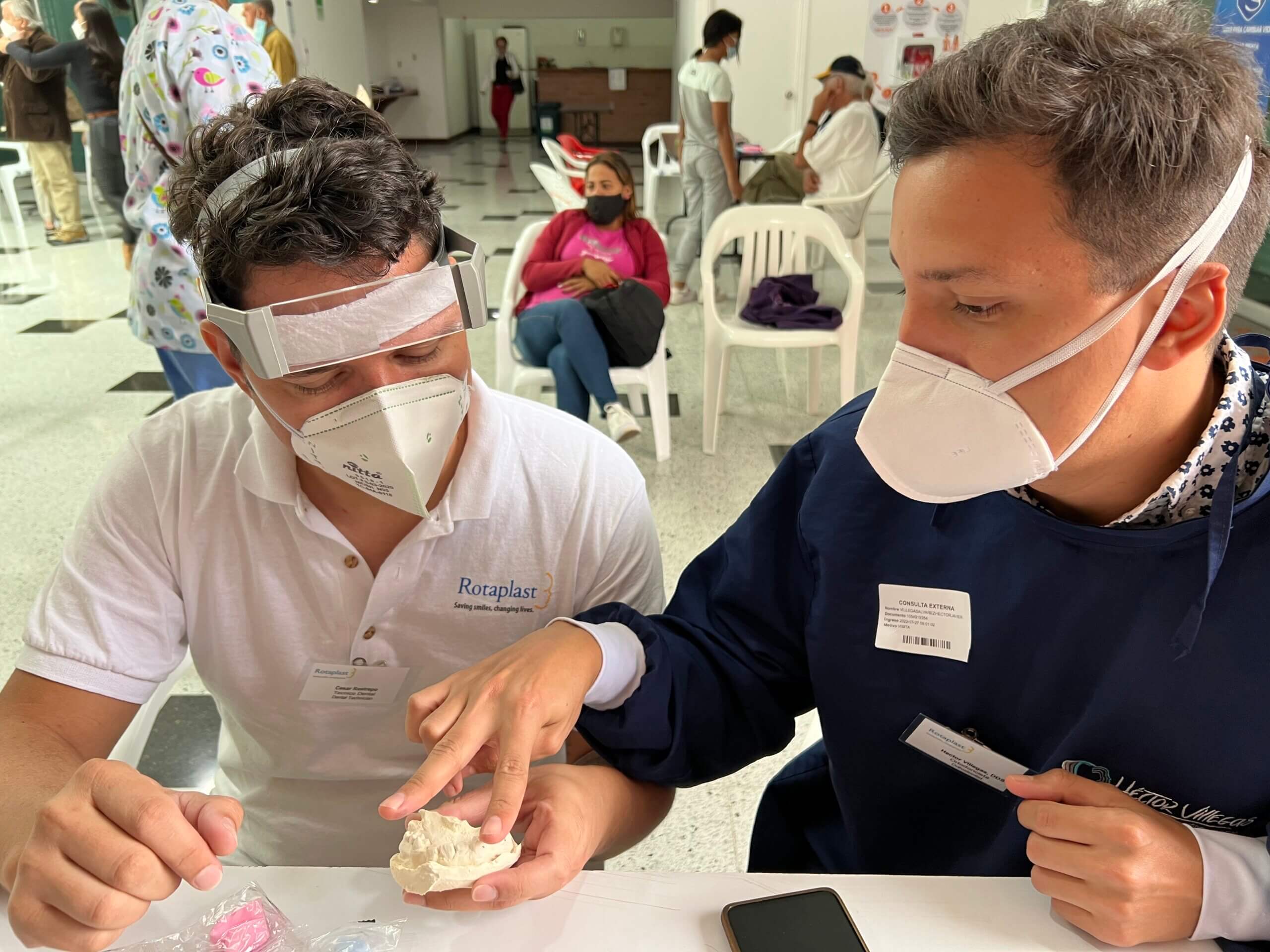 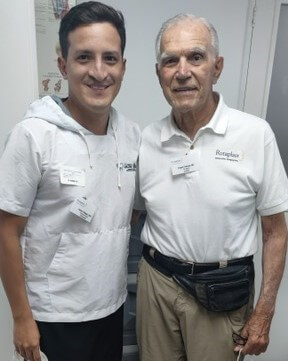 Even though we arrived at the hospital at 6:30am, we have one patient here already waiting for his surgery.  After setting up, I accompanied the doctors on their rounds this morning checking on the five p... Read More »

We arrived later than normal to the hospital due to COVID testing of our team (at 7:30am).  We were surprised, and a bit guilty, when we entered to a round of applause from the patients scheduled for surg... Read More »