This Rotaplast mission is dedicated to the great humanitarian, Roger Schulte who passed away on Monday, July 18 after his courageous battle with ALS ended.  This member of the Rotary Club of Upland, California had a passion for the mission of Rotaplast and spent countless hours pursuing funds for his Rotary District 5300 to support many missions.

His passion for Rotaplast’s missions began on his first mission to Tacna Peru (2010) as Patient Transporter.  He served on three additional missions: Faridibad/Delhi India (2013) as Photojournalist, Retalhuleu Guatemala (2015) as Assistant Mission Director, and Nagamangala India (2020) as Medical Records.  His wife, Paulette, went on two of these missions with him.

The first Rotaplast mission Rotary District 5300 sponsored was to Apán, Mexico in 2010 when Roger was District-Governor Elect.  As District Governor in 2010-2011, it was his special project to raise funds for Rotaplast and the district has been doing so ever since.  In 2011, his district sponsored a mission to Retalhuleu, Guatemala.  When he received the photographic book from that mission, produced by Wayne Schoenfeld, he wrote to Rotaplast saying how moved he was by this book.   He said it would be his most cherished memento from his DG year. The District has since sponsored missions to Monrovia Liberia (2013), Addis Ababa Ethiopia (2013), again Retalhuleu (2015) and Nagamangala India (2020).

Roger was a tireless promoter of the Clift-lip repair projector across his Rotary district for over a dozen years.  He gave talks to Rotary Clubs, other civic clubs, and even schools.  He was a master fundraiser.  One of the volunteers on this mission remembers a presentation he did at an elementary school that sparked the children to raise over $2,000 for the cause.

Roger’s leadership and passion inspired others to participate, myself included.  As a retired middle school principal, he was a detailed administrator.  He organized and directed the Cleft Lip Committee (soon to be Foundation) to keep the missions going.  It now has funds to support an annual mission for cleft-lip and burn scar repair for years to come.

In an email announcing the passing of Roger to the Rotaplast team, Anne Delaney, Medical Director of this mission wrote: “I did not know him personally, but I spoke with him on the telephone a few times about the upcoming mission to Medellín, Colombia. He was immediately supportive and enthusiastic and pledged to help in any way he could.  As mission planning progressed, he was “the man with the plan” and the means to support this mission financially and logistically, hand-picking the volunteers who will join us.  Without his support, this mission might not have happened.  All of the Rotaplast leadership who knew him spoke of him as a vibrant, dedicated individual and a friend.” 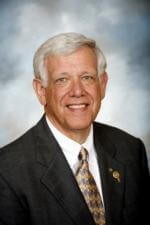 Roger will be missed by the many individuals whose lives he has touched.  The world lost a great man.  Rest in Peace kind soul.

Travel day for some...

This is a dedicated group of volunteers with service hearts.  They jumped through hoops and dealt with troublesome websites getting all the paperwork done for their Visas and immigration but never gave up... Read More »

We began the morning bright and early with breakfast at 5:30am with a quick meeting to follow.  Then we boarded a bus around 6:30am and took a 15-minute ride to Hospital General de Medellin.  After check... Read More »

The day started with another early breakfast and on the bus to the hospital at 6:15am.  Upon arrival, everyone got right to work setting up our different areas.  Notice the picture of Roger Schulte proud... Read More »