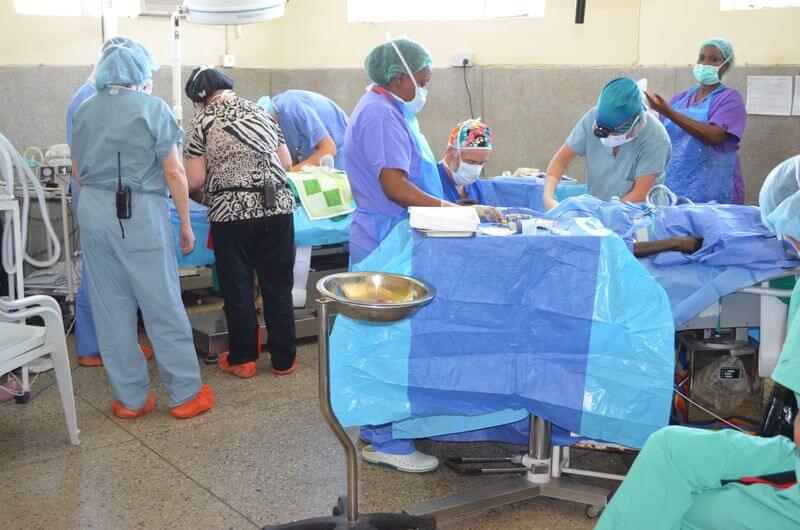 Inside the operating unit of the hospital, quarters are a little tight.  We have two operating tables in one room, which actually makes it convenient for the surgeons to consult during procedures. 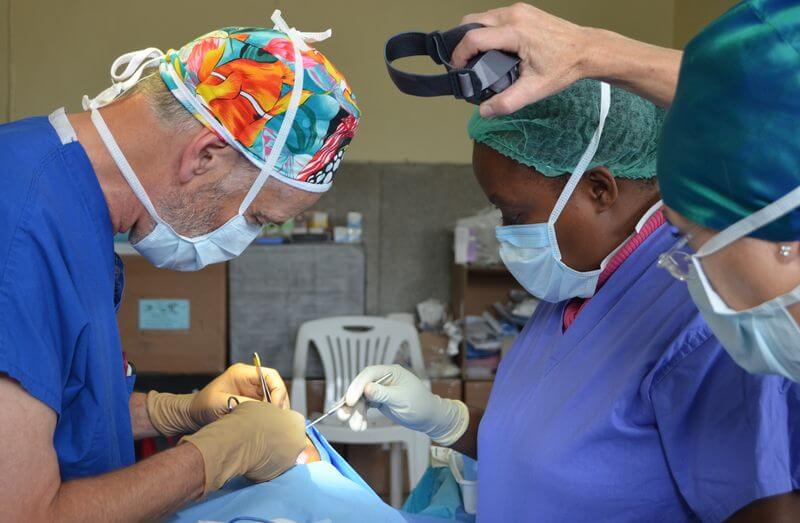 As the day gets long and the lighting goes dim, an extra head lamp always comes in handy. 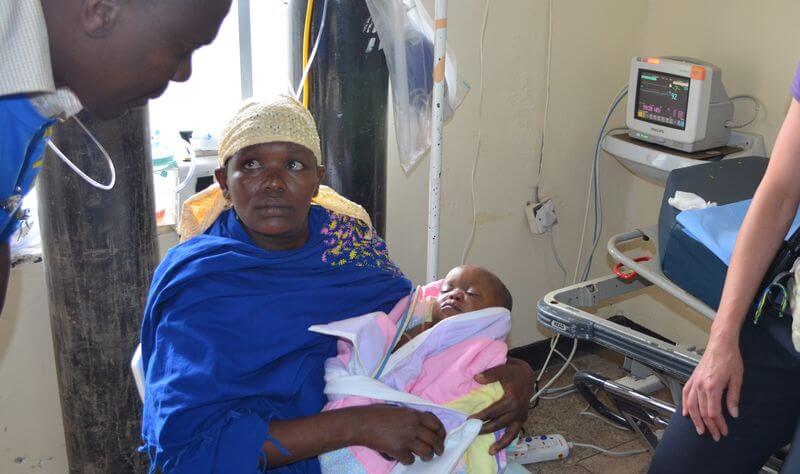 We are fortunate to have the recovery room in the surgical unit. Here, parents are called in to sit with their child while the doctors give instructions through an interpreter. 4 month old Alexinder sleeps in the arms of his mother after a repair to his cleft lip – a surgery that typically takes an hour and a half to perform. 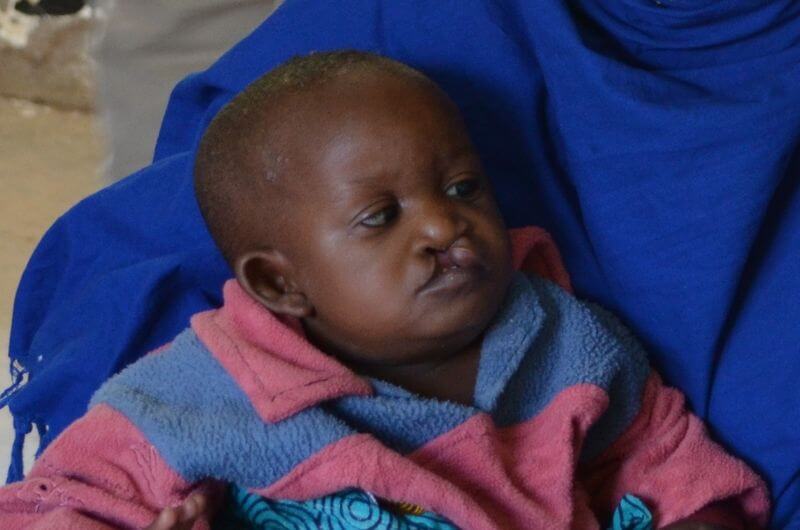 Alexinder before surgery during in take clinic. 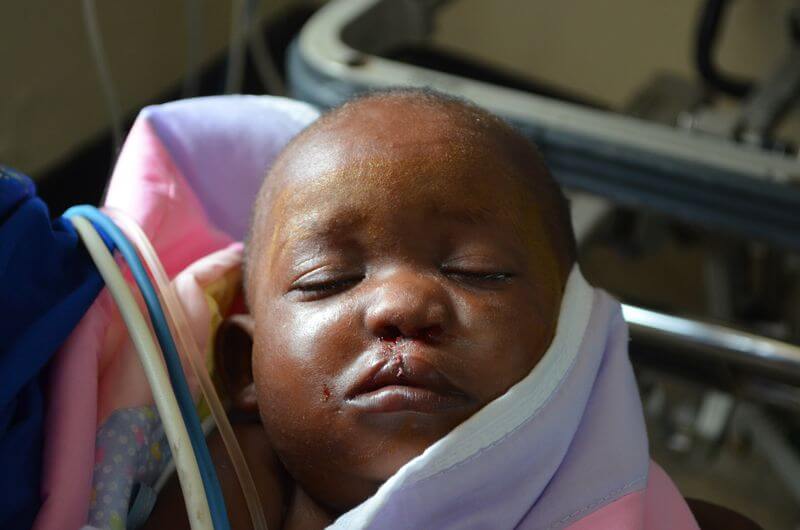 Alexinder after surgery.  What an amazing result! 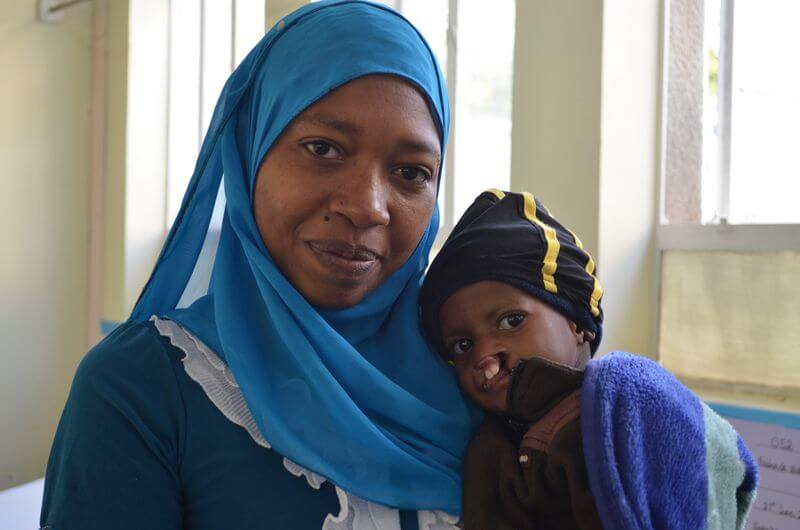 Two year old Mursal came in with his mother, Mwahija from Manyara, a town 3 hours away. Mursal is small for his age.  He’s lived with a cleft palate and cleft lip his entire life. 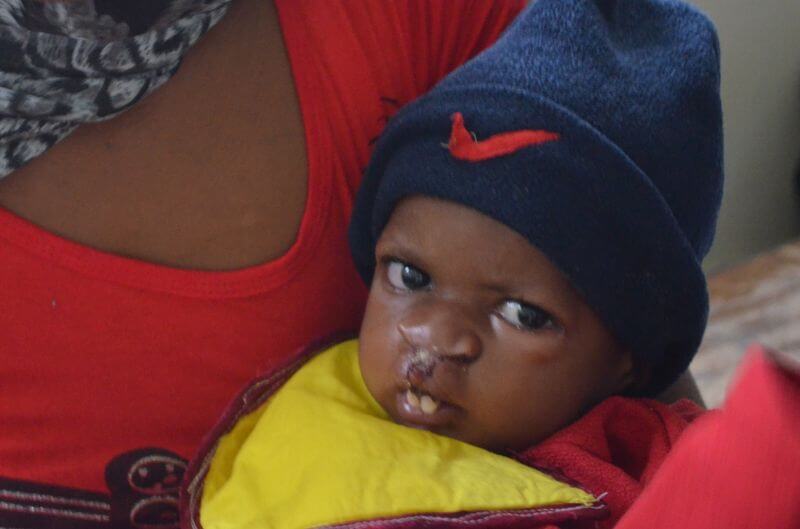 Today, his lip was fixed.  In the future, he’ll need his palate repaired in order to grow strong, healthy and speak without impairment. 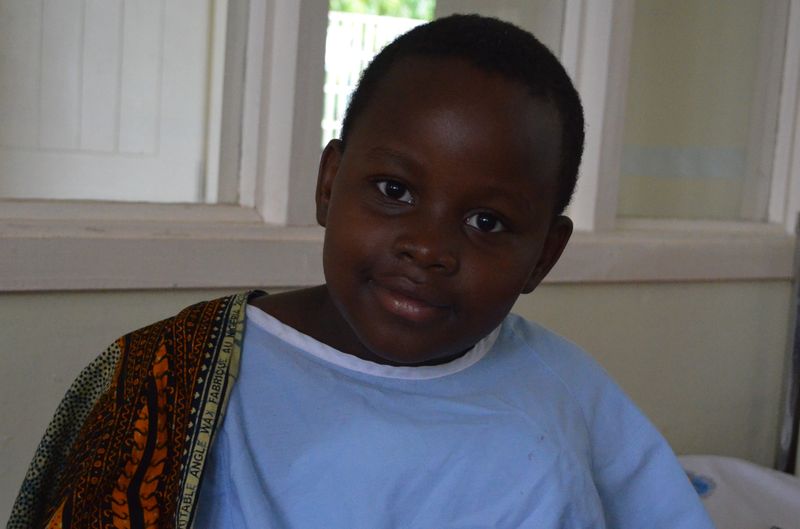 Beautiful Joan and her mother Rade both speak English.  They live in Moshi approximately seven hours away. Rade’s sister-in-law lives in Arusha and heard about Rotaplast. She did not hesitate to call Rade. When Joan was only 9 months old, a pot of hot water spilled from a table, splashing her on her chest. Rade immediately took her to a hospital run by nuns.  Unfortunately, the process of treating an acute burn wasn’t available to them.  Joan was left with scar contractures on her chest.  Rotaplast released the contractures thus allowing Joan to grow and develop into a normal young woman. 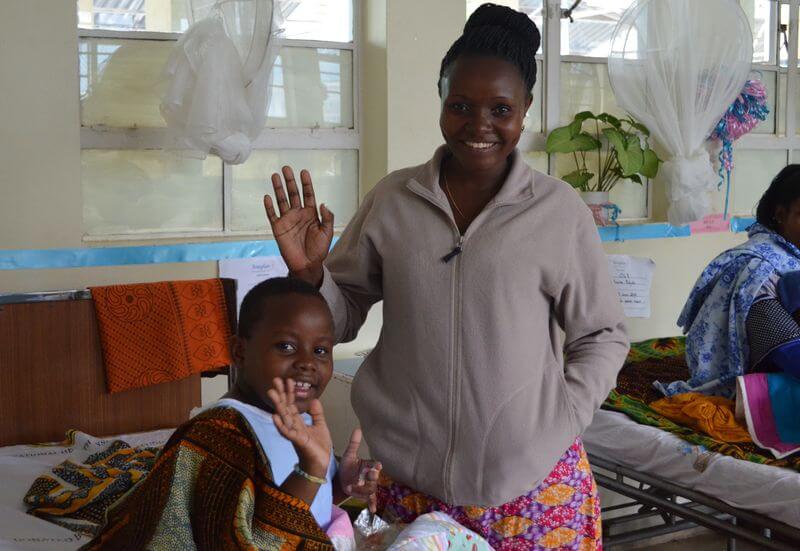 Joan and Rade say good-bye after being discharged.  Joan tells us that she is anxious to get home to her little 3 year old brother.

One year old, Alex came to us on the forth day of surgery as a walk-in. He lives 100KM away in the Maasai village of Nafco, meaning Maasai Land, close to the Lolkisale Monduli District and Tarangire Natio... Read More »

Six year old Temba greets our team with all smiles on the morning of her surgery and readily cooperates with Dr. Tina who takes a look at her cleft palate. The surgery was long, as is the case with many Read More »