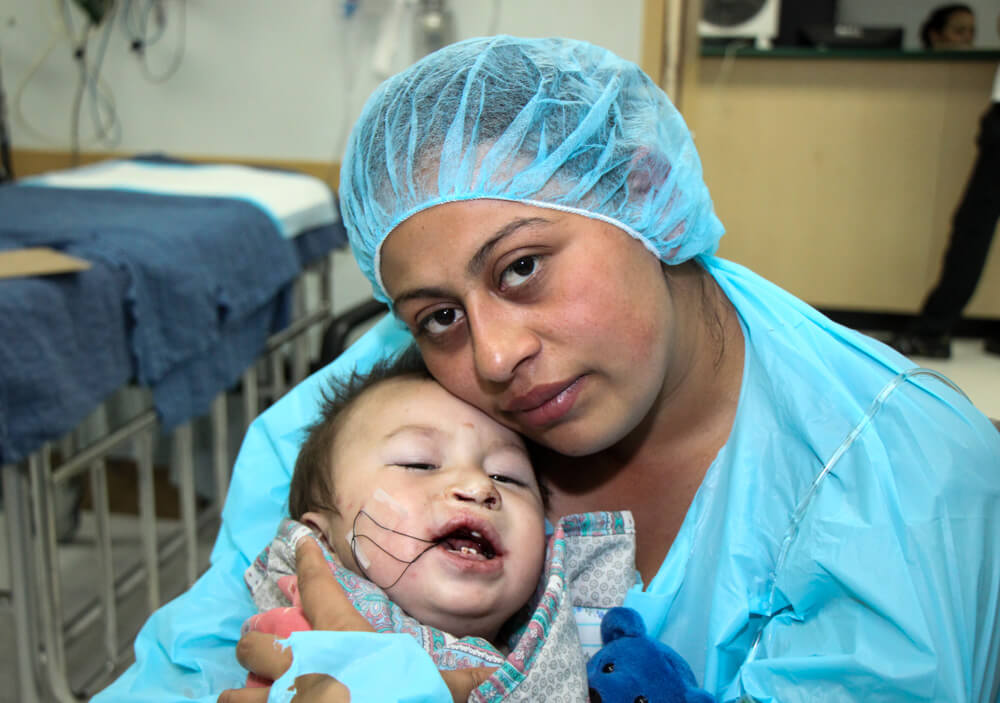 We were blessed today by having the team back up to full strength. Those who were ill yesterday were able to return to the hospital. Although they were feeling a bit weak, they carried on like troopers.

The day began with the usual routine of a 6:20 AM bus ride to the hospital followed by the doctors making the rounds in the post operation ward. All was well, so it was back up to surgery by 7:30 AM.

We invite you now to follow several patients in their day of surgery.

Elvis was the first surgery patient of the day. He had previously had cleft lip  surgery and was returning for a primary palate repair. This two-stage process is the norm for this complicated procedure. 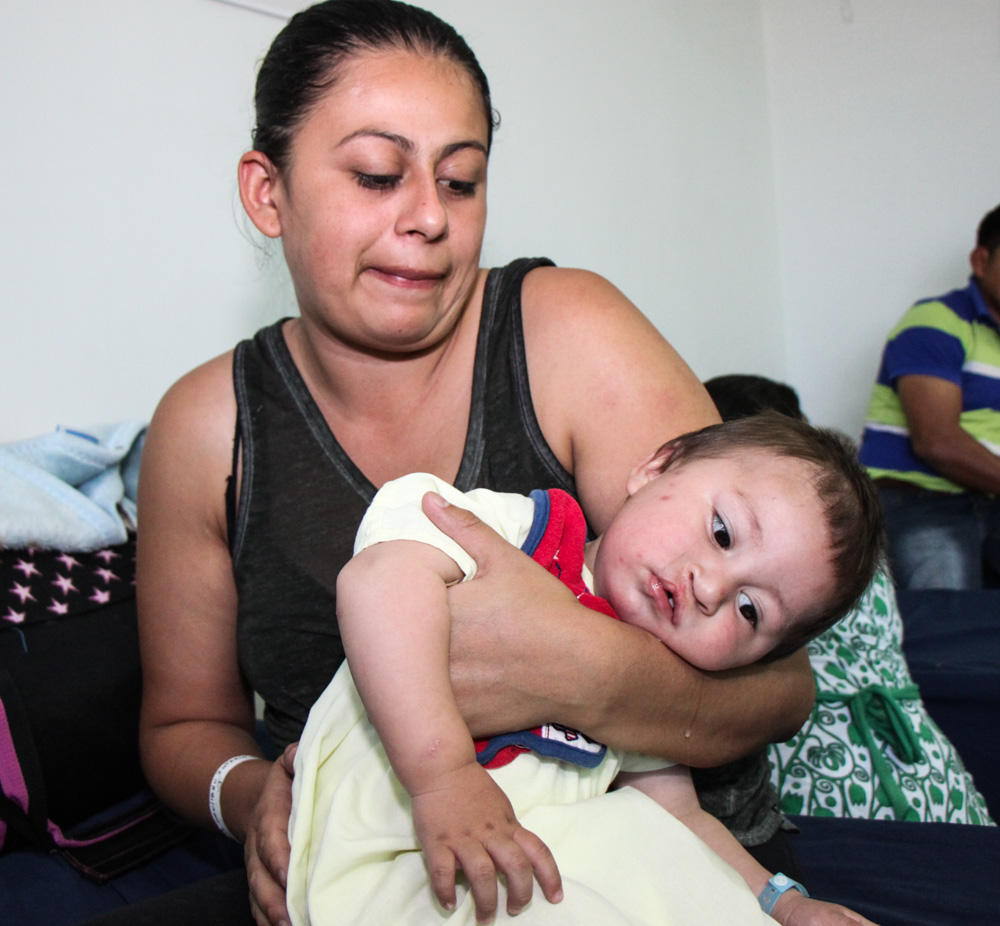 Elvis waits with his mother in the pre-operation ward. He is an energetic and strong child and, even here, was a handful. 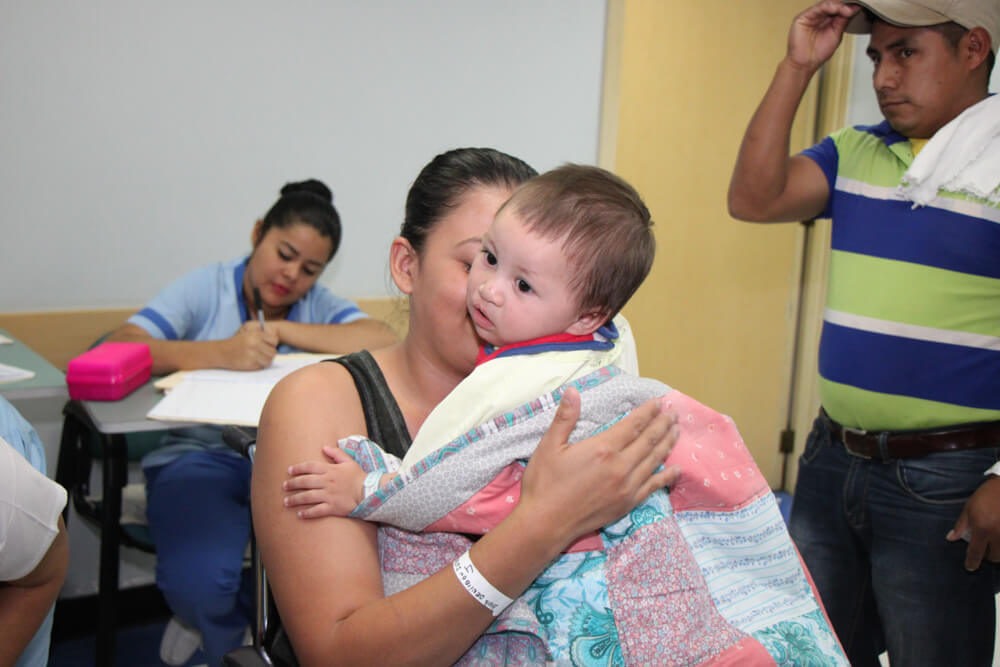 Wrapped in one of our donated quilts, Elvis rides with Mom in a wheelchair to the operating room. 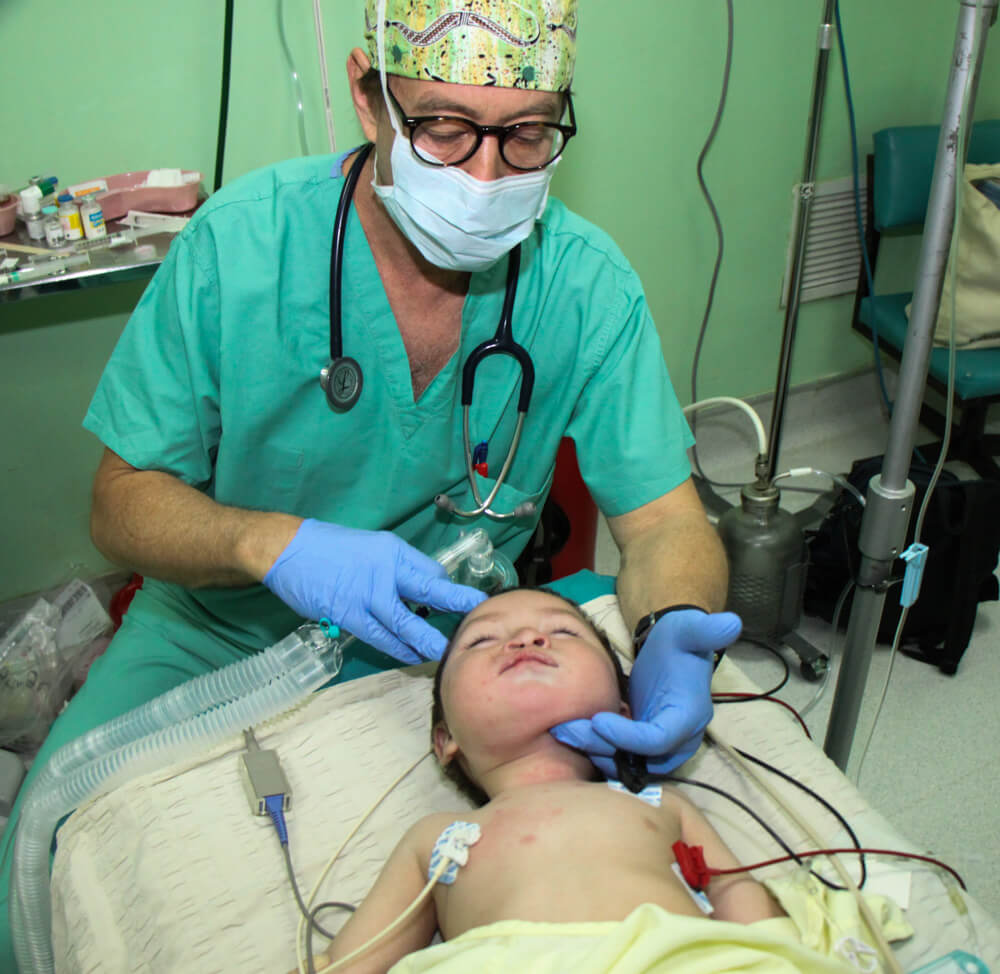 CRNA David Rowen preps Elvis in the OR. 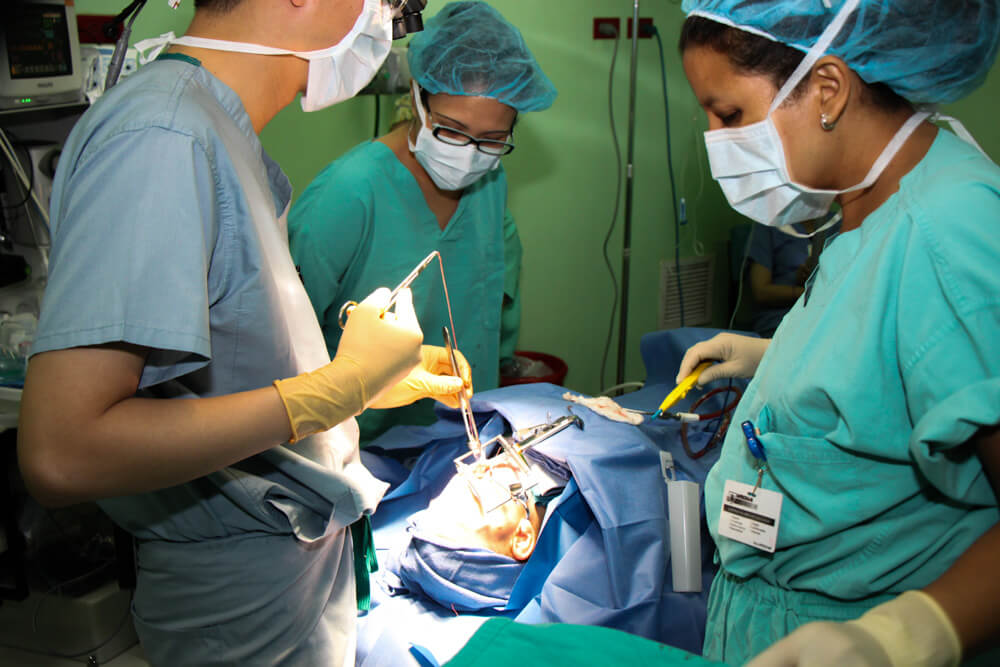 With his surgery completed and after recovery in the PACU, Elvis is reunited with his mother and ready to be transported to the post operation ward. By tomorrow afternoon, he will be ready to go home.

As in Elvis’s case, Fatima’s problem did not appear externally to be that serious. However, she was in need of a complicated procedure to repair her upper gum. Specifically, she needed an alveolar cleft repair using a bone graft from her iliac crest (pelvis). 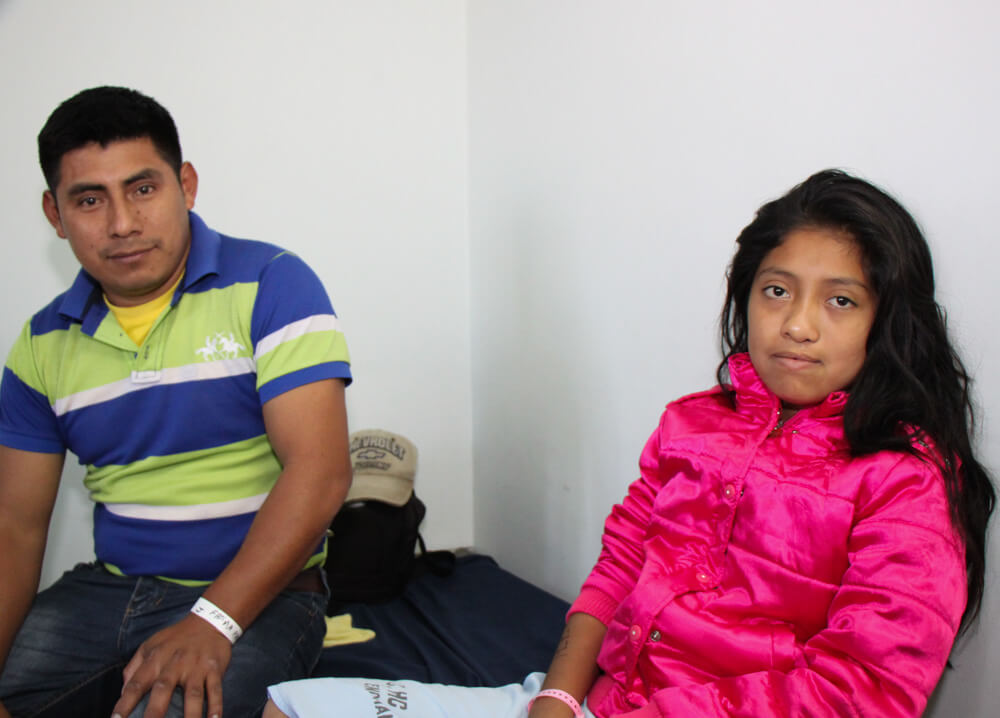 Fatima and her father patiently wait for her turn in surgery. 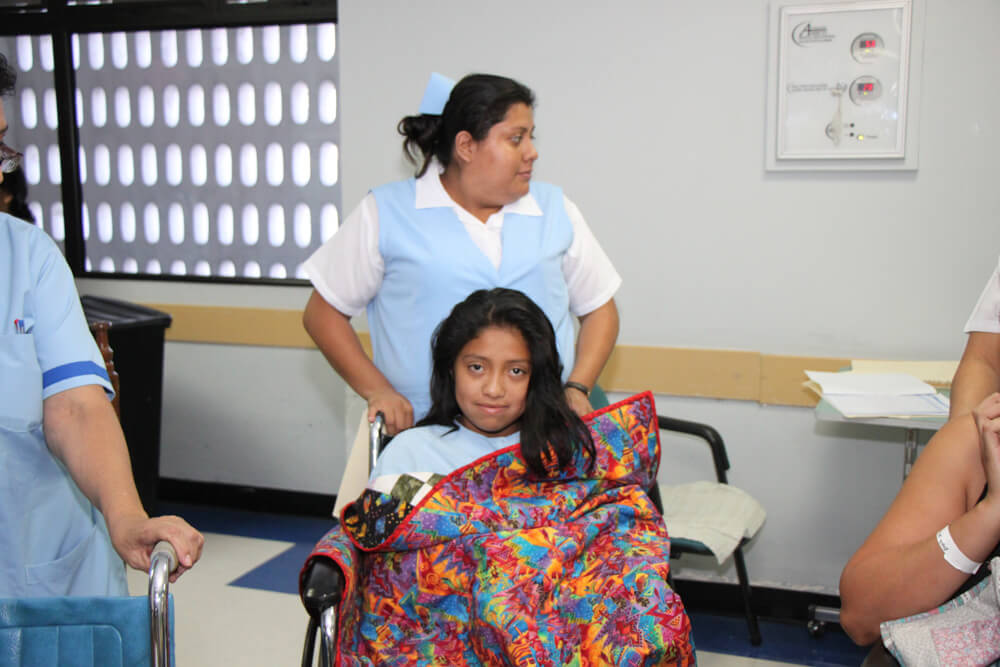 Now, Fatima is on her way to the operating room. 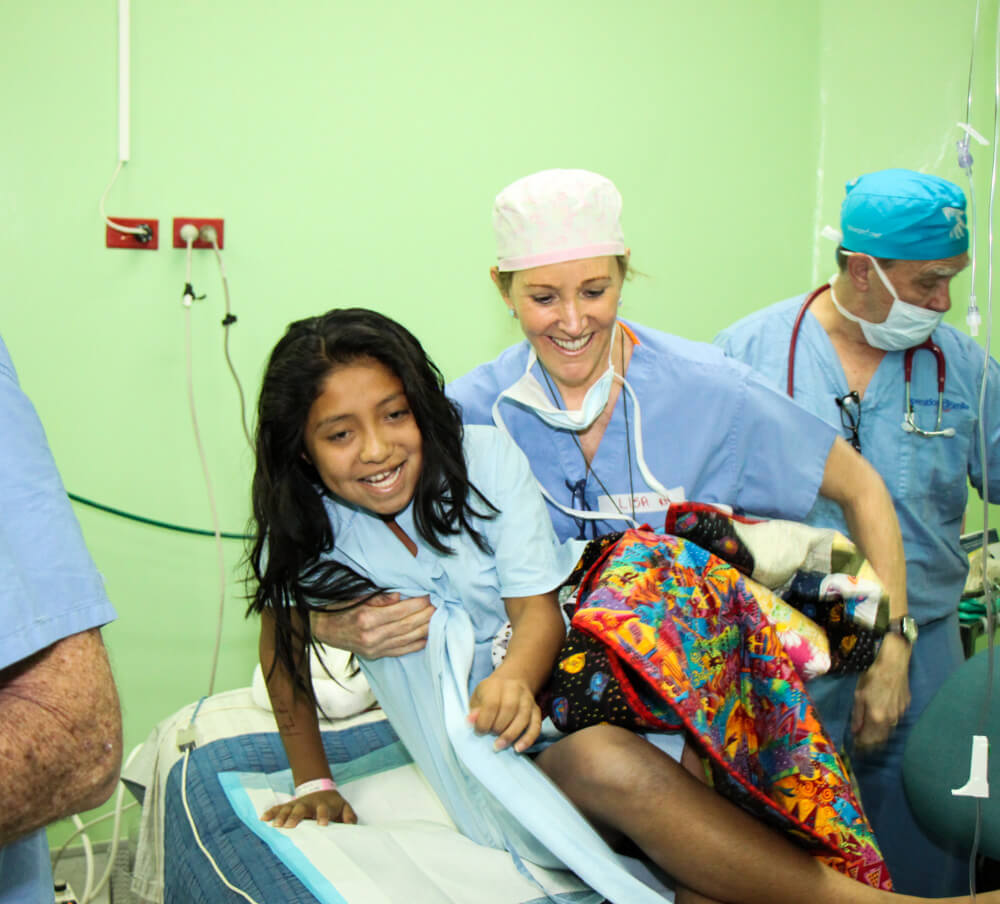 OR Nurse Lisa Barry helps Fatima onto the operating table. She is in remarkably good spirits. 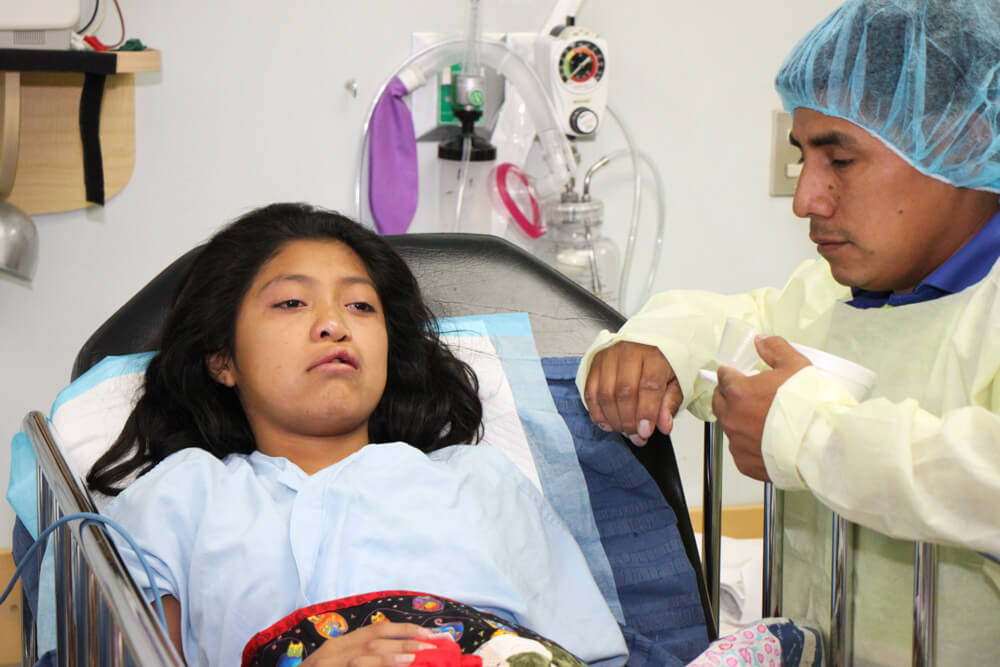 Reunited with her father in the PACU, she quickly recovers from the effects of the anesthesia.

Several “mission veterans” were delighted to greet Spencer, a treasured friend and supporter of Rotaplast. 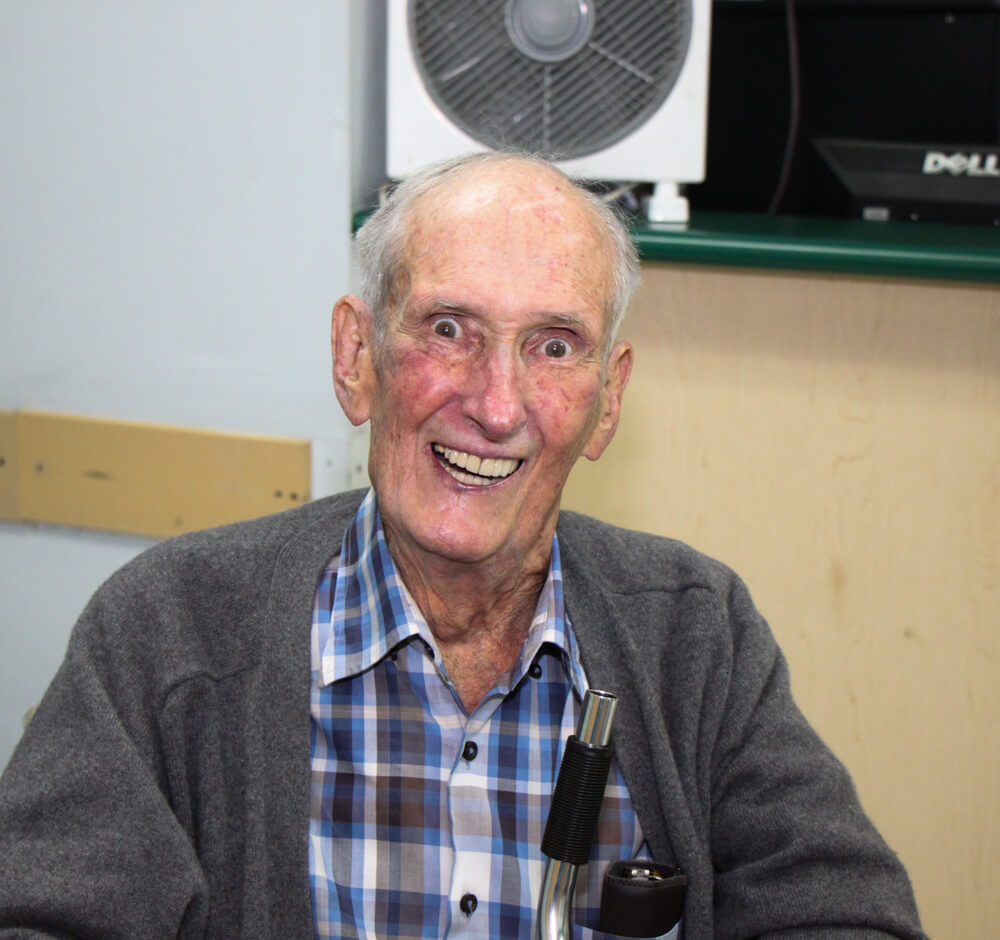 For many years, Spencer, a retired American living in Guatemala, has generously provided invaluable logistics support by offering the use of his car and the services of his driver to the mission director and quartermaster.

As the day comes to close, we feel proud of what we have accomplished. Another 13 surgeries were successfully performed today; many lives were changed.

The ninth day of our mission begins with what by now has become a familiar pattern. However we know that once we get to the hospital patients and events will make the day anything but routine. We board the... Read More »

This morning when we arrived to the hospital, we found the lobby of the operating room decorated with red balloons. On the wall, a banner and heart-shaped poster conveyed a warm message of gratitude from t... Read More »

As is customary on the last day of the mission, today the doctors conducted the final post-operation examinations. All of the patients that returned to be evaluated were doing remarkably well. It was parti... Read More »