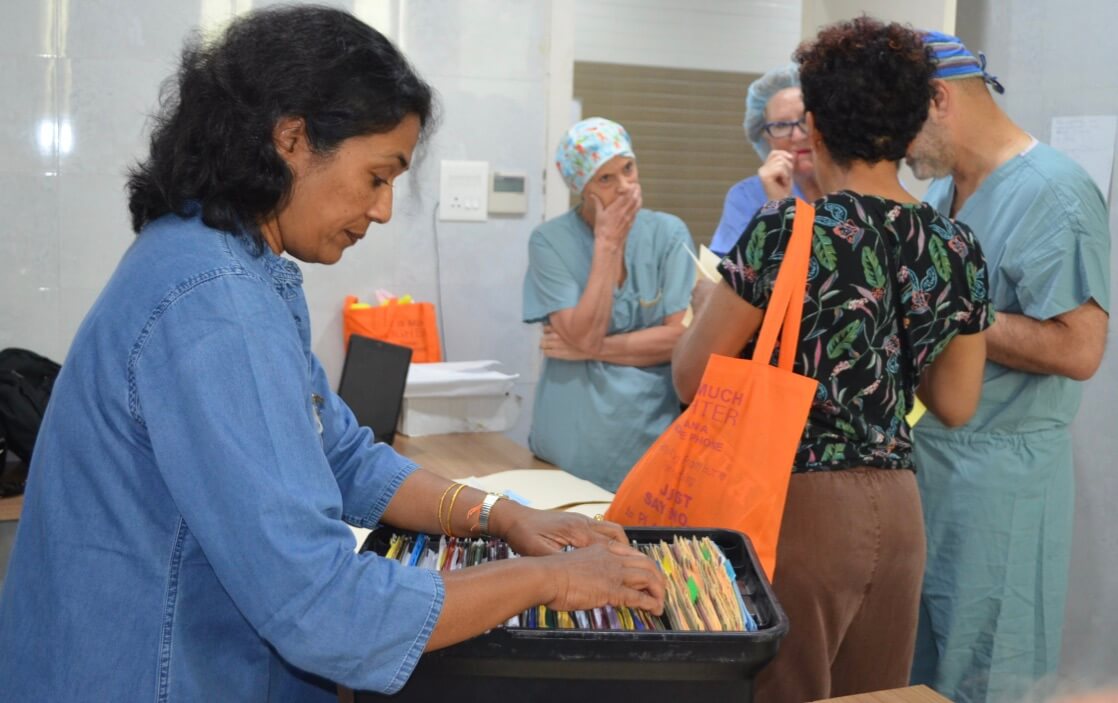 Day two of surgeries started with scheduling changes made the previous night and again this morning.  It’s not unusual during a mission as some patients don’t arrive on time, or may have had something to eat or drink which makes it dangerous to preform surgery.  The safety of the patients come first and foremost when considering the schedule. 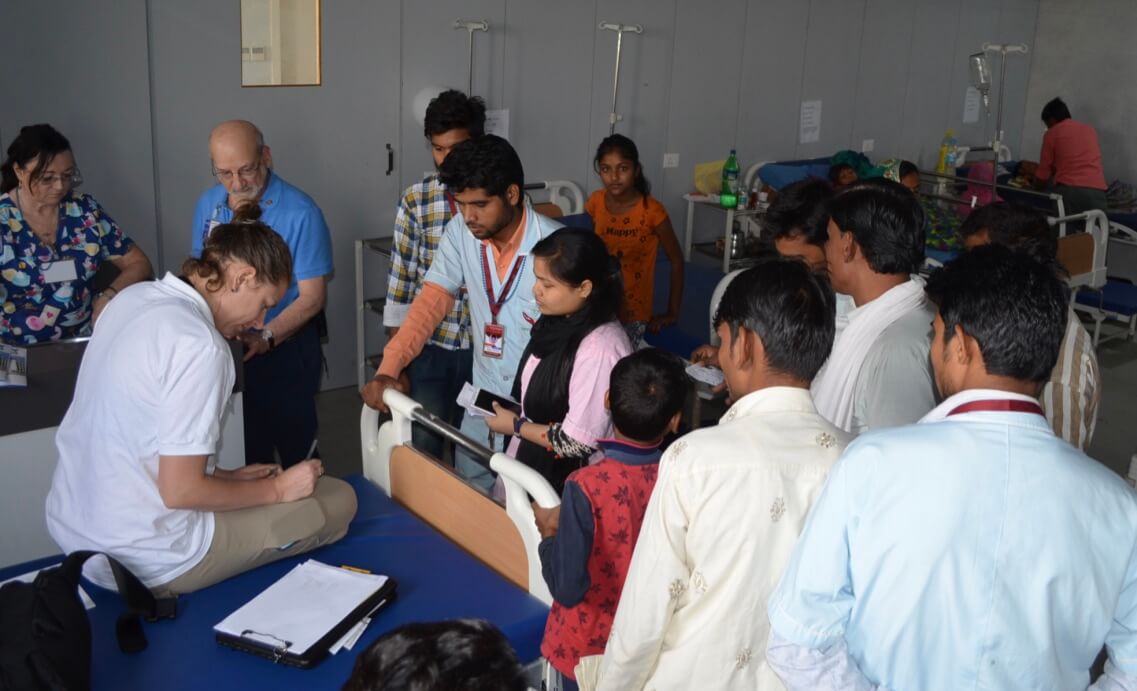 The pre-op and post op wards erupted with lively interactions when the team arrived this morning for rounds.  Patients and families were filled with questions and concerns addressed by Rotaplast doctors as they made their way through the wards. 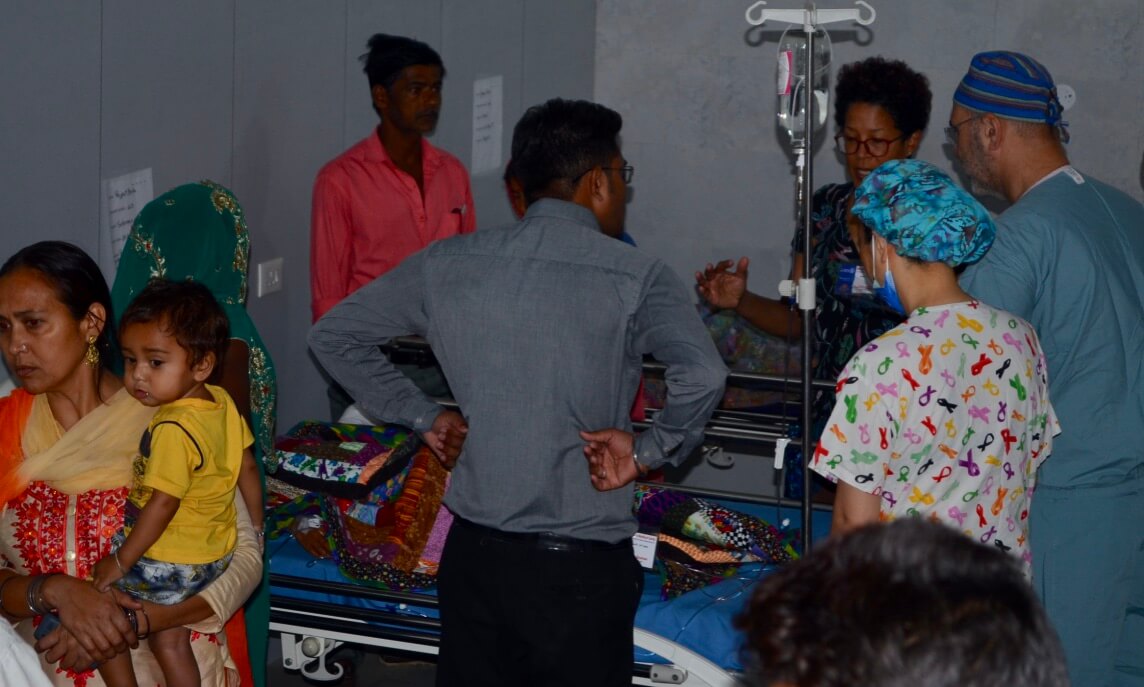 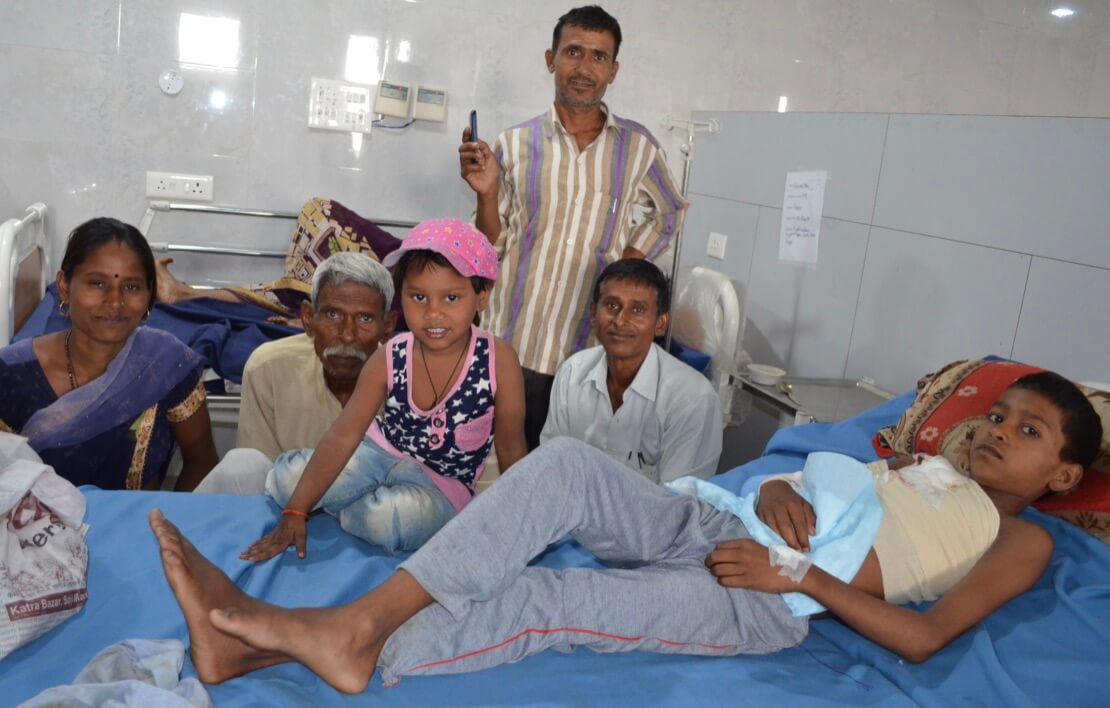 Faizah, 9 years old relaxes surrounded by his family after a good night rest. a burn scare contracture was released from his arm yesterday. His sister loved having her picture taken! 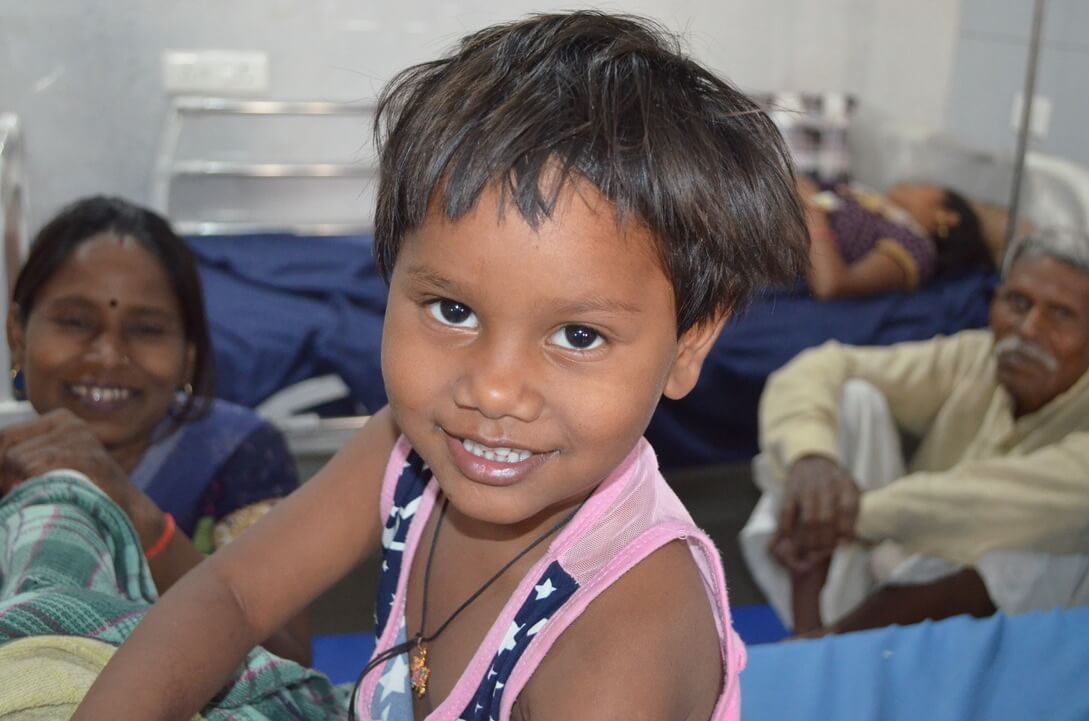 Inside the operating room, Drs Mark  Fisher and Gary Salomon work on the hand of 4 year old Saloni.  Saloni’s fingers are fused together rendering her hand useless.  Releasing her fingers will giv... Read More »

Morning Ride to the...

During the bus ride to the hospital, Drs. Bryan Stamm and Andrea May take the mic for a medical minute. Sangita Seshadri, medical records gives us a lesson in Hindi and Mission Director Brain Walker update... Read More »

Tanvi, 23, is here with her mother. Tanvi was 15 years old, when a gas stove burst in front of her while she was cooking.  She received severe burns on her chest, neck and lower face.  Tanvi is college e... Read More »